Available on PS4 (tested), Xbox One and PC

Reboots are always a risky business. There have been a few really notable ones in the past few year – Tomb Raider and DmC: Devil May Cry for example. But there have also been some that I and thousands of other gamers would have preferred never existed – like SimCity and the numerous Sonic games Sega seems hell bent on rushing to market.

Now it’s time for Need for Speed to get the reboot treatment. It’s a franchise that’s been around for over 20 years, with a release schedule seeing a game arrive annually for almost the whole of that time. 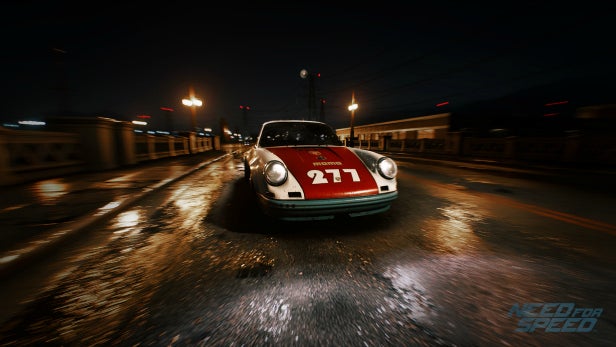 The most recent title, Need for Speed Rivals was financially a success, but it didn’t resonate with long-term fans of the series like myself. Aware of this developer Ghost Games decided to skip its regular annual release strategy and spend two years creating and refining its latest Need for Speed title.

Answering whether the the extended development time has paid off is a bit complicated. On the one hand you’ve got excellent underground night racing with plenty of challenge, but on the other you’ve got a cast of underperforming “bros” that become so irritating you’ll wish you were flying solo on this one.

When it comes to reboots, the question is how far back do you go? When the Need for Speed series started back in the 90s, it was a game about night-time, underground racing with fast cars and streaking streetlights.

Need for Speed Rivals got so far away from that, with its midday racing and player controller cops that the reboot would have to be seriously messed up to move any further away from the series’ origins.

But thankfully, Ghost Games has gone for dusk until dawn gameplay cycle with the setting in a fictional version of Los Angeles known as Ventura Bay. With some utterly photorealistic graphics, the Need for Speed reboot almost puts Forza 5 and Project Cars to shame visually.

The weather may be limited to rain, but when the streets are dappled with puddles, reflecting the streetlamps’ light and the craziness of your car’s wrap as you speed through the city, you’ll remember why you loved Need for Speed in the first place.

There’s only one slight problem with constant night racing and that’s visibility. I often found myself pelting down the highways at near 200mph mid-race only to find myself slamming into a car because the rear lights were only vaguely visible, or a rubbish bin because it just happens to be the same shade of grey as the pavement it sits on. 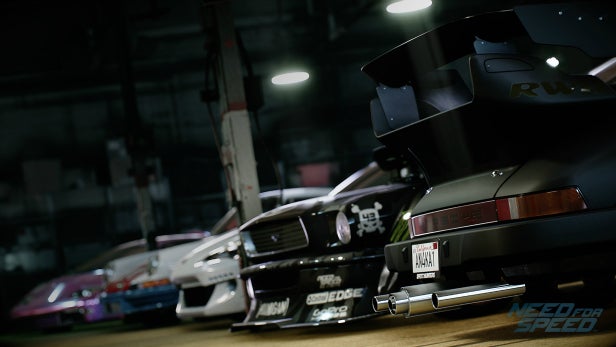 Part of my reignited passion came from the enhanced car creation tools. At the start you’ll be able to choose one of three cars to call your own. I opted for the Subaru BRZ Premium (2014) and went to work kitting it out with dog stickers, custom bodywork and an evolving paintjob involving rather garish gold spots.

But there’s much, much more to the car customisation than creating that perfect wrap. It’s about making sure your ride handles exactly the way you want it to, and has the performance to keep you ahead of the pack and earning REP (or reputation points).

You can upgrade various aspects of your car’s performance, from the fuel system, camshaft and engine block to the intake manifold, ECU and of course the nitrous. Upgrades are locked behind level caps and build career missions, but even starting out there are plenty of options on offer.

All the upgrades take place in the garage, and it’s a place you’ll be coming back to often as you progress through the game. I found myself jumping back there every couple of races to upgrade parts, tweak the handling or add yet another decal to my ride’s paint job. 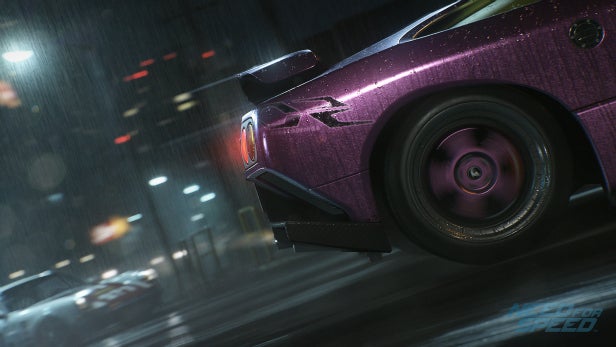 The fact that the handling is so customisable is another great boon for the Need for Speed reboot. At a top level you can tweak your handling along a spectrum from Grip to Drift, but if you’re more knowledgeable you can drill down into specific sections of your vehicle to really customise your racing experience.

I found myself starting off towards the Grip end of the scale and then slowly moving towards Drift as the races got increasingly difficult and I became more familiar with the controls.

By the time you get near completion on any of the career tracks, I found that the game penalises you for shunning the drift controls. To earn the highest REP you’ll need to learn the way of the drift and start combining all the various play styles together.

Ghost Games idea with the Need for Speed reboot is that there are five ways to play: Speed, Style, Build, Crew and Outlaw.

You’ll earn REP for your performance across all five categories. You’ll earn Speed REP for driving a high speeds for a prolonged time; Style REP for drifting around corners; Crew REP for synchronised drifting with your pals; Build REP for mod-related driving such as a quick 0-60mph speed or using nitrous to your advantage; and Outlaw REP for getting one over on the cops. 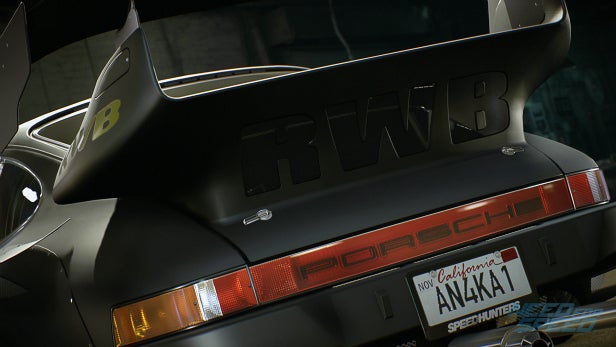 These five play styles are signified by characters who will dish out races and missions for you to undertake with the goal of meeting their (and ultimately your) icon.

If names like Magnus Walker or Ken Block mean anything to you or you read SpeedHunters regularly, you’ll be seriously impressed with the names that Ghost Games has drafted in for the game. Your aim in Need for Speed is to compete with the icons, with Block and Walker among them, and all you need to do to get there is keep on racing.

Missions vary from time trials, speed attacks and sprint races to the more Style-focused gymkanas. There’s plenty to do here and you’ll need to be very in tune with your car and opponents if you want to reach the big boys.

But first, you’ll need to suffer through the characters that will guide you through the five career paths. There’s the irritatingly enthusiastic Spike for Speed, Manu – the cool dude wannabe – for Style, the trying too hard to be gangster Amy for Build, the supposedly hot Robyn for Crew and the “bad boy” Travis for Outlaw.

To present your new gang, Ghost Games has chosen to do live-action cutscenes. I knew Need for Speed was a reboot, but these live-action scenes play out like a bad 90s Fast and Furious – all cheesy dialogue spattered with fist bumps and calls of “dude”, “chico” and “bro”. I am no-one’s “bro”. 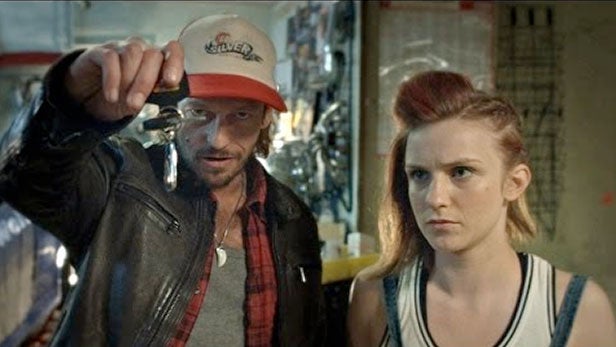 The fact that Ghost Games has successfully managed to blend live-action cutscenes with gameplay footage so it’s always your customised car in the garage is really admirable. But, when you’ve headed to a meet-up with the crew five or six times, the shoddy acting and dialogue really starts to grate.

Partner these really painful scenes with the fact that each member of your crew can and will call you mid-race and you’ll quickly wish there was a way to turn your in-game phone off.

You’ll need to answer the phone to accept new missions, but if you’re mid-race you can ignore them. The phone will only ring three times. Sadly, it’s usually the case that if you ignore one of them, the other four will ring you straight afterwards, meaning a bombardment of phone calls in a short space of time. Plus, they’re a very repetitive and demanding bunch, constantly calling to remind you that there’s a new race available to participate in.

There’s another issue with Need for Speed too. You can only play it online. There’s no offline play available whatsoever – I know, I tested it. It only requires a 192kbps connection speed to function and wasn’t an issue, but the fact that you have to have a constant connection will be irksome for some. 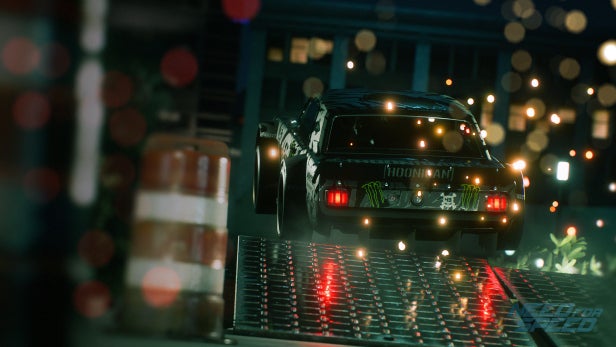 For me, the online connection became an issue when I realised that there’s no way to pause the game. When you press options to access your phone (aka the game’s menu) or hit the touchpad for the main screen, the game is still playing out in the background. And that means no Suspend Play on the Xbox One or PS4 too.

Initially not realising the game hadn’t paused while in menus actually caused me to get busted by the cops and to lose a race. So you’ll need to wave goodbye to mid-game teabreaks or answering your actual phone unless you’re in the garage in Need for Speed.

Autolog in the Need for Speed reboot is great most of the time, filling out your game with real-world players – although this time the cops are all AI.

You might find that some players could slightly ruin your game though. Most of the time my pre-launch game experience has been filled with fellow journalists trialling out the game ahead of release, but once or twice I’ve come up against the more sadistic players.

One particular fellow decided to follow me while I was attempting one of the harder time trials, and then chose to ram me into the walls of the tunnel repeatedly causing me to crash. He’d then wait for my car to respawn and do it all over again, meaning I had to leave the race and teleport back to the garage just to escape him. Some players are just evil.

Hopefully once the game hits retail, this won’t be a sign of things to come, but I’m not holding my breath.

Verdict
Need for Speed could have been the reboot that the series needed. It’s got great gameplay with some impressive car customisation, but needy, irritating characters that eventually make the live-action cutscenes intolerable mar the entire experience.

If you can suffer through your new-found gang and find the Need for Speed essence beneath in its racing, then I’d recommend it. Otherwise you’re better off going for Forza Horizon 2 or even The Crew.