I am a long time Naruto fan. It was one of my entry drugs into the wider world of anime, and though I might not love it quite as much as I used to in my adolescence, I still hold nostalgic, vivid memories of waiting for the next episode to come out, and remembering the intense emotion I felt when watching a team of rookie ninjas take off into the wilderness to bring their misguided friend home.

Inherently, the Shonen genre that Naruto (and now Boruto) occupy is one of growth, learning and overcoming insurmountable obstacles, and it is a throughline of the entire series. At the start, Naruto is an annoying kid, at the end of it, and at the start of Naruto to Boruto: Shinobi Striker, he is the leader of a nation.

With this “Shonen” ethos in mind, and after getting up to speed with the Boruto anime, I was eager to dive into the game, create my own unique Ninja and live my adolescent fantasies of being in the world, and making my own character. Much like Dragonball Xenoverse 2, Shinobi Striker is all about creating your own character, and going into missions that ape the original series to learn new moves, and also face off against other players. 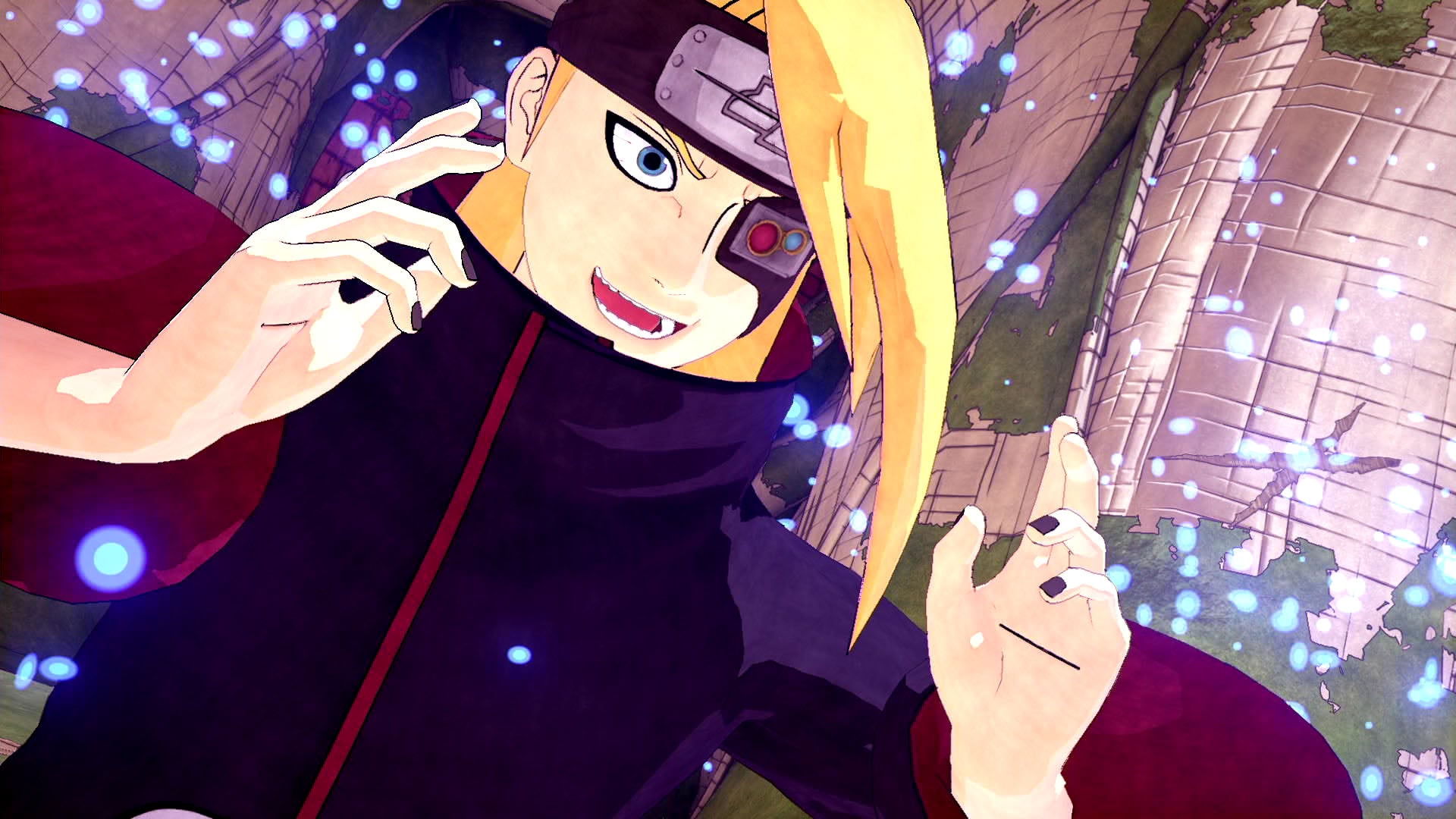 A lot of love has gone into the character creator of Shinobi Striker, with options as to what (purely cosmetic) Ninja Village you want to join, in addition to styling your character’s face, build and outfit. Once you’re all suited and booted, the game will start to show its cards.

You’re presented with Konoha Village, a small hub area that will serve as the main point where you get set into a lobby with other players. Here, you’ll be able to undertake “VR Missions”, where you will be able to recreate some of Naruto Shippuden’s most iconic moments. However, due to taking place in a limited amount of areas, you’re reduced to a facsimile of the events of the show, unlike Dragonball Xenoverse’s larger environments, which are able to facilitate the needs of recreating scenes from the show.

While in missions, the game is fast and fluid. You’ll find yourself wall-running, or perhaps throwing Kunai at enemies or duping them into leathering blocks of wood. Individual elements of the combat work pretty well, with the incredibly fluid traversal being a particular treat – the game does a fantastic job at making you move like a Ninja but falters when it comes to combat.

With a customisable loadout and multiple classes suited to different combat situations, you’re initially presented with a wealth of depth, however in practice, locking onto enemies can become incredibly messy, especially when there are more than five onscreen at the same time. This is further let down by the simplicity of the combat. 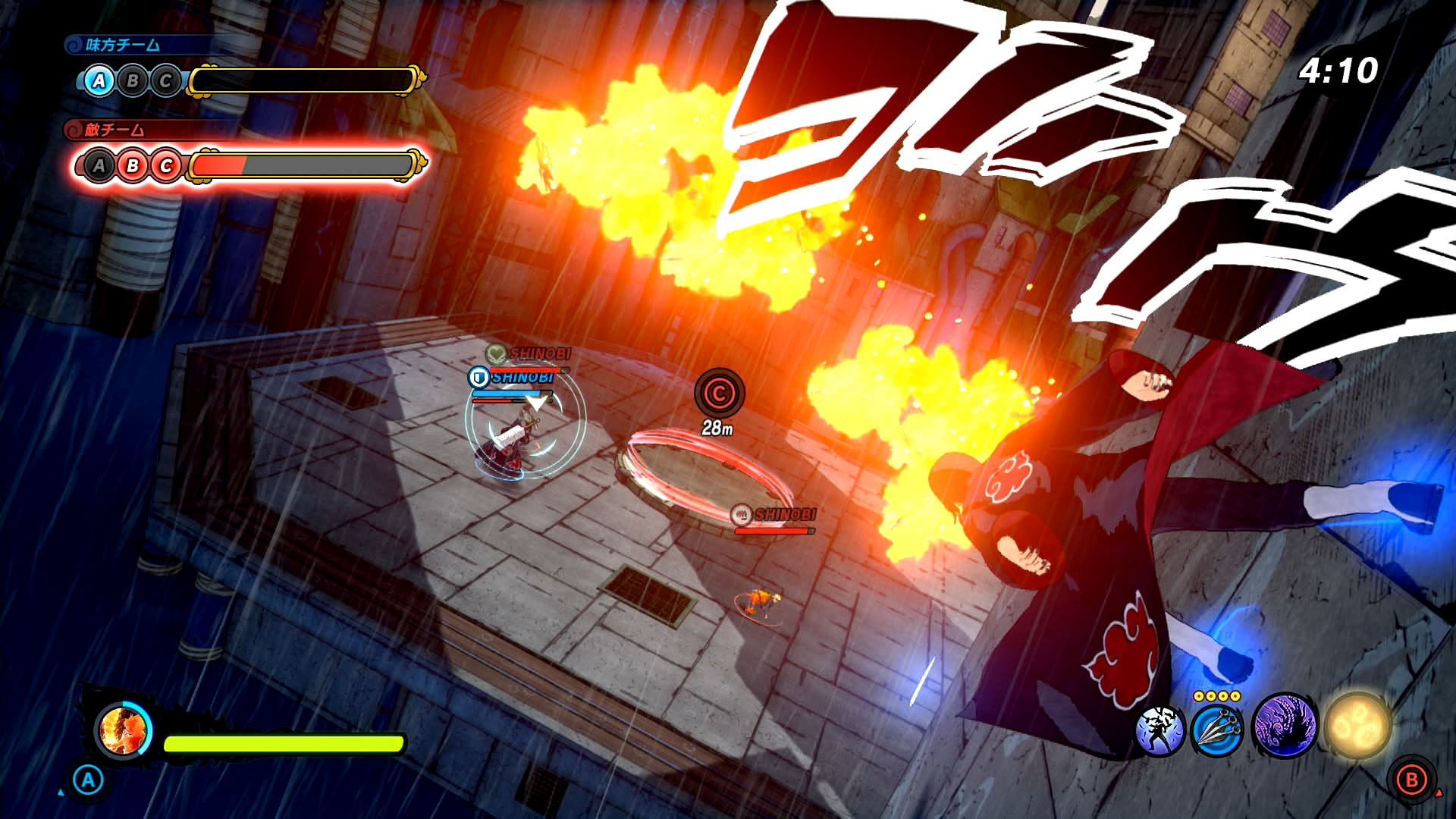 You have a dodge, and multiple attacks with different weapons, but it never feels like these hits hold any weight, nor is there any method to the combat aside from hitting attack and occasionally using one of the two equipped Ninjutsu attacks. When combined with the game’s fluid traversal, it ends up feeling incredibly disjointed and stilted.

You’re also able to learn attacks from a “master” who you unlock through character progress, VR missions and leveling up additional masters. However, you’ll find that these Masters unlock skills for a particular character class, and the game doesn’t let you know what skill is assigned to a particular class. Limiting your playstyles within those defined roles.

By completing VR missions, you earn “Scroll” rewards, which have varying rarities. Like Destiny’s engram system, you take it to a vendor to unravel the scroll and your loot. These are mainly purely cosmetic, and can even be simple colour variations of an item you already have, making for an absurd amount of unlockable costumes.

This is good, if you’re into dressing up your Ninja. it’s less good for those wanting to make a cool character, as it’s likely that you’ll end up fiddling around in the game’s complex and confusing menus. To equip anything, you’ll need to go to the vendor, enter the inn, select to change your loadout, select the class you want it equipped to, then navigate out. The process takes a decent chunk of time. 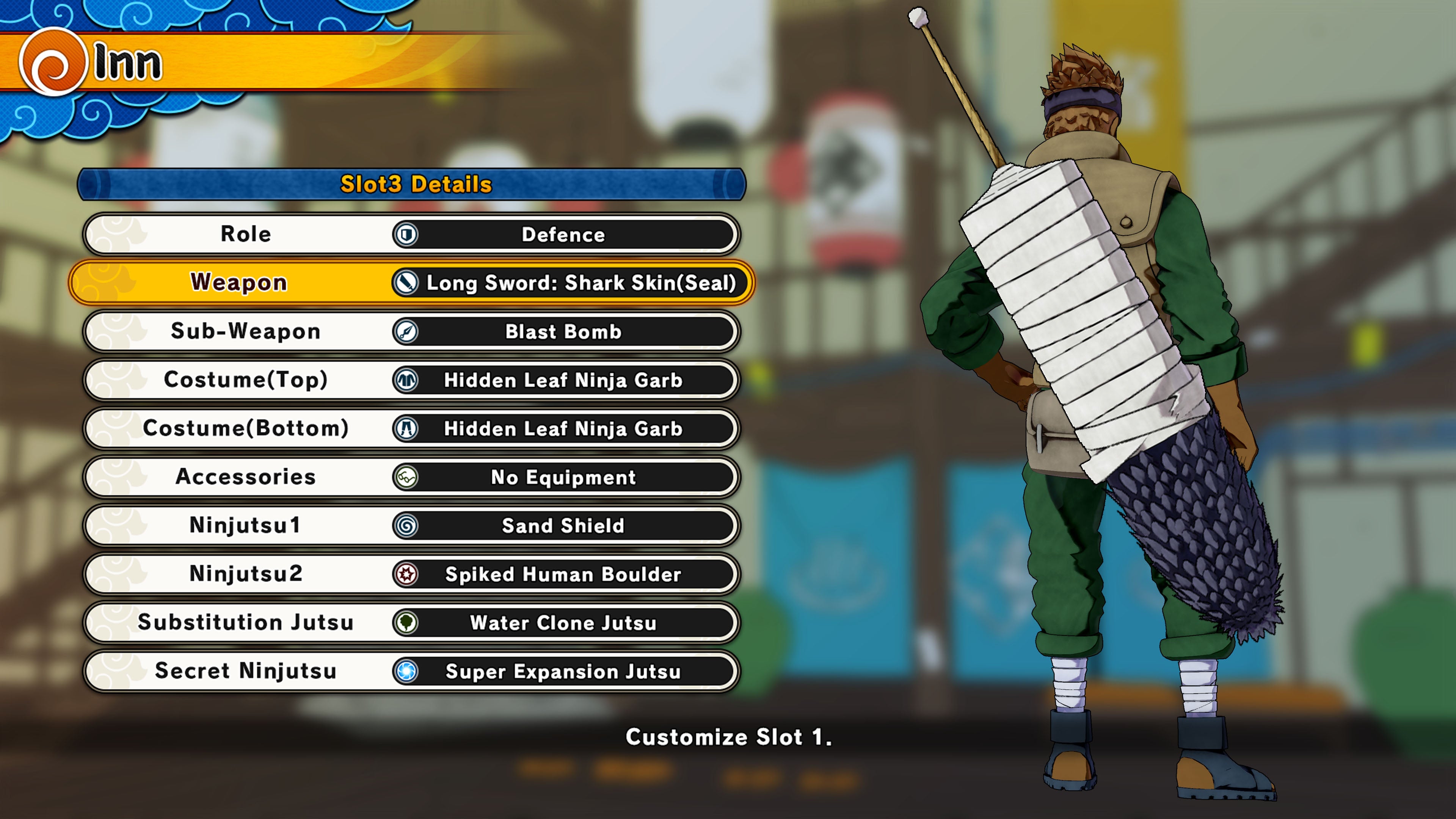 If you’re wanting to get a lot of the best loot, you’ll have to contest with the game’s 4v4 PvP modes, where you head online to fight others in a simple capture the flag mode, or with a unified health bar, to see if you can beat the other team up the fastest. The limitations of the combat system become incredibly apparent here, and often, you’ll hardly see what hits you before you die.

At every turn, it feels like combat in the game is working against you, rather than working with you, and can lead to being an incredibly frustrating experience. This is compounded by the fact that you have to wait a few minutes to get into a match of any kind.

The saving grace of the game is in its beautiful presentation, with characters presented brilliantly, and with environments that look like they came straight out of a CG Anime. For those diehard fans, you’re even able to change up the character voices to Japanese right out of the gate. However, that’s simply not enough to carry the game, nor deliver on the nostalgia that players might have.

This game shares a lot of DNA with the Dragonball Xenoverse titles but manages to falter at almost every aspect, with flaws in the mission structure, the combat, the way you attain loot and in the way that you develop your character.

It is outshined in almost every way by a game that is 2 years old at this point. For Naruto fans looking for their own Xenoverse-like title, you might be waiting a little bit longer.

Even as a former headband wielding, Chidori sign memorising Naruto fan, I just can’t recommend this game in good conscience to anyone looking to fulfill their self-insert Naruto fantasies.