Dragon Ball Z is one of the most famous anime series in the West. The manga and TV series burst into the mainstream with likeable characters, a fascinating, colourful universe and some of the most memorable fight scenes in the genre. So many games on so many platforms have come and gone trying to capture the unique action and look of the series, but few have really managed to recreate what Dragon Ball has become famous for.

Dragon Ball Xenoverse 2 on the Nintendo Switch is a port of the 2016 title of the same name, and aside from a dip in graphical quality and some frame-rate performance issues, is pretty much exactly the same.

Being able to grab a friend and have them join the action by taking a control using one of the Joy-Con in tabletop mode is handy, and being able to bring up to five players into a custom local cooperative game is a nice addition, too. We recommend not using the motion controls in a tight environment, though, because that’s a sure fire way to giving someone a black eye. 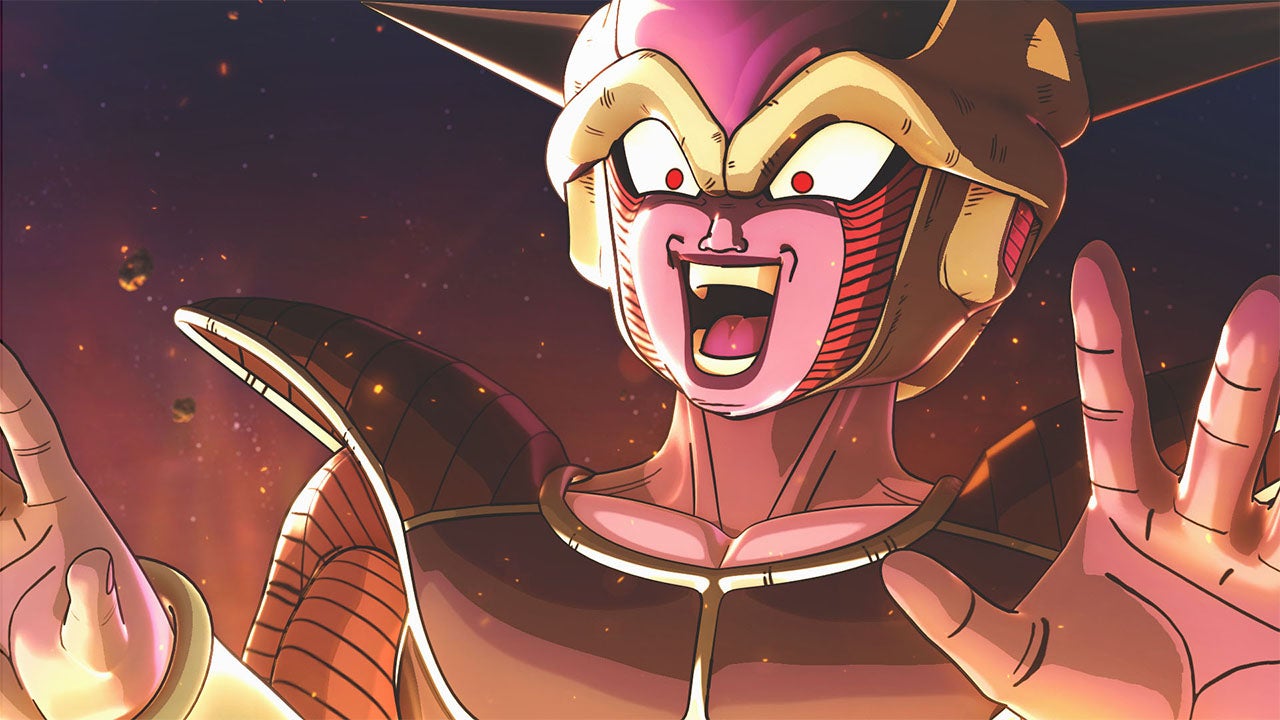 The Story Mode will see you battling your way through the most famous sagas in Dragon Ball history – from (sort-of) protagonist Goku’s first transformation into a Super Saiyan to the biggest battles with Frieza, Cell, the Androids and more besides. The fights themselves in Story Mode are pretty authentic and live up to what you’d expect from a Dragon Ball game; it’s rapid, there are special moves everywhere, you climb into the air as you battle, the environments just explode for no apparent reason and there’s lots of screaming. Lots of screaming.

The narrative setup is as ludicrous as you’d expect from a new Dragon Ball story: villains have appeared and are trying to literally rewrite history. As a Time Patroller, it’s your job to intercept these big bads and prevent them from messing with the Dragon Ball canon. It’s a good excuse to dip into the various Dragon Ball sagas on an ‘only playing the best bits’ basis, and of course it gives you all the narrative justification you need to fight everyone.

The fights take place in 3D arenas, so don’t expect them to handle like Street Fighter or Mortal Kombat, but what it lacks in depth it makes up for in style. Pulling off combos and pummelling your opponents, smacking them into cliff faces and then sending them plummeting back down to the ground is always satisfying.

The Switch version of the game comes with motion controls on the Joy-Con controllers, too. It may not add much to the game in terms of depth, but pulling off a Kamehameha by pulling the controllers towards yourself and letting it rip is certainly a good feeling. The gimmick gets old after a while and you’ll find yourself reverting to just using the good old-fashioned pad, but knowing you always have the option of the Joy-Con is refreshing. 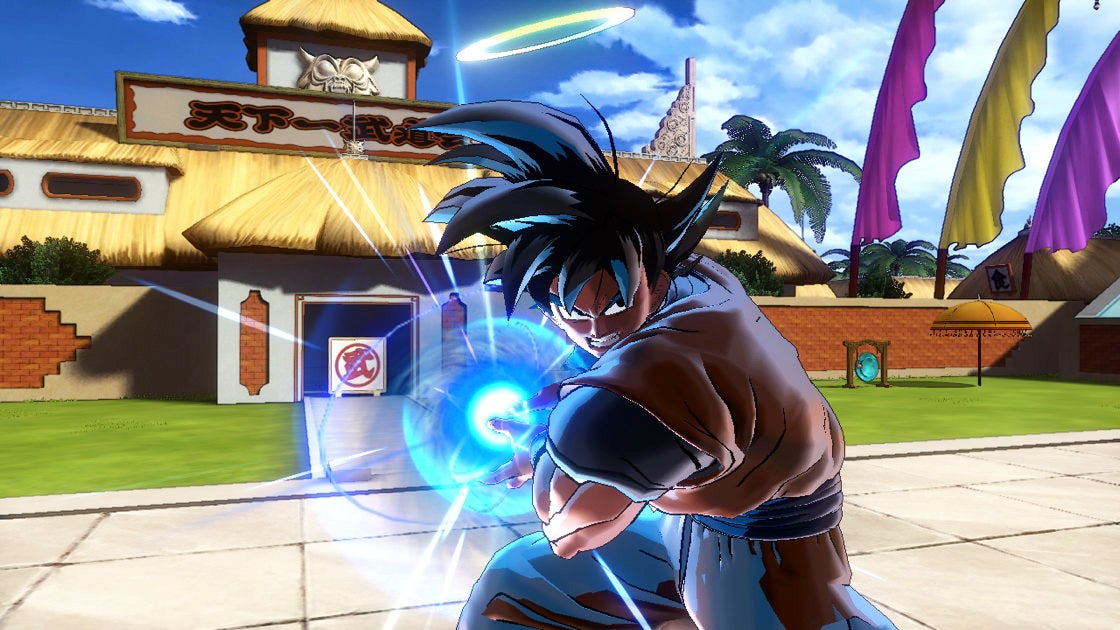 You’re going to want to get as much variety as you can out of the game’s Story mode fights, because in all honesty, that’s the most variation you’re going to get out of the game. Multiplayer battles are usually less exciting versions of the your clashes with the AI-controlled opponents (the fighting mechanics just aren’t robust enough to make it a deep, true fighting experience) and the side missions in the single-player mode rarely extend to more than a ‘go here, do this’ setup.

The one exception to this is the inventive Parallel mission system. Composed of special events that let you team up with other players online and compete in time trial boss fights or Raid-style multiplayer team-ups, Parallel missions offer some much needed variety to the often grindy main missions in the single-player campaign.

Seeing a vast swath of custom Dragon Ball characters all thrown into a map together and pummelling the Great Ape version of Vegeta is pretty special, especially when you see his attacks knock back a few players, and more come in to resume chipping away at his health. The boss fights aren’t particularly well-designed (they’re mostly just humongous versions of regular enemies with huge health bars) but they offer a decent break from the monotony. 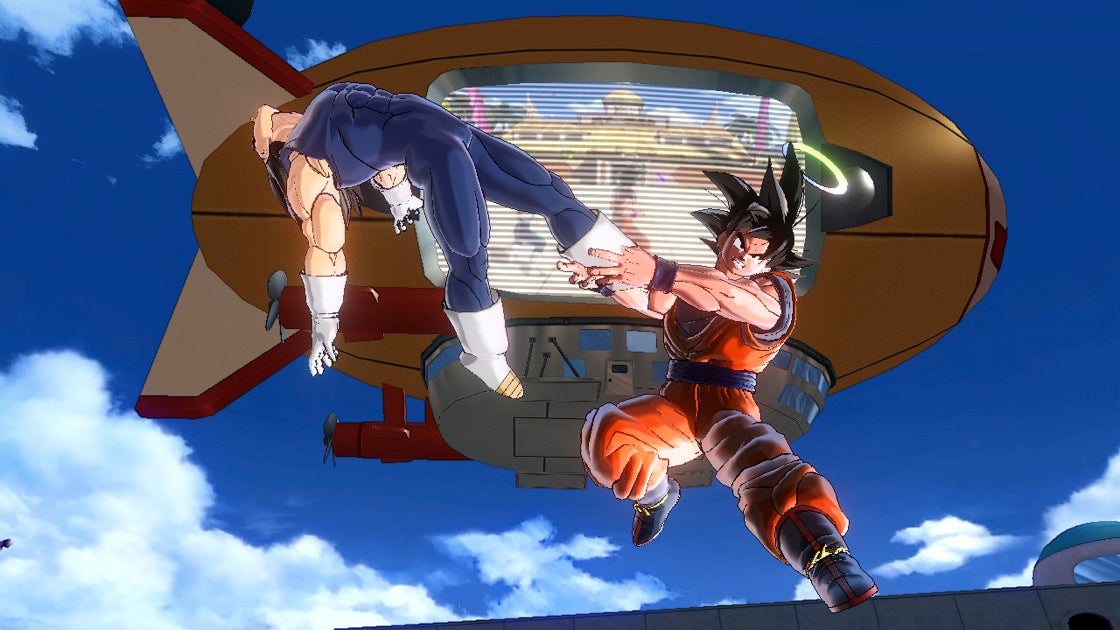 Credit goes to Dragon Ball Xenoverse 2’s custom character system. During these events you won’t often see two playable protagonists that look the same. The customisation is deep and impressive, and more than just cosmetic: depending on the race you choose to play as, you’ll have access to different special moves at the beginning of the game, and your attack, defence and energy management stats will all alter, too. The game’s combat isn’t deep enough for this to ever offer a fundamental advantage or disadvantage as far as balance goes, but it’s nice that it least gives you some sort of motive and backstory for your new Dragon Ball hero.

The Switch version of the game doesn’t really add much more to the Dragon Ball Xenoverse 2 experience that you wouldn’t find on the original iteration of the game. There is some bonus content nestled deep in the Story mission that intrepid fans are going to really enjoy (access to the previous game’s Story missions might make this an instant sale to some Dragon Ball nuts), but overall this version of the game performs worse and looks worse than the original releases.

What you lack in performance, you make up for in portability however. Being able to take the game out and about with you suits the way you consistently chip away at battles and roll through the Story mode. It’s hard to recommend the Switch game to anyone that’s already bought it, but for anime fans looking for something on their Switch to play out their shouty, Ki-fuelled fantasies on, this is the perfect offering.