What is the MSI GT72S Dragon Edition with Nvidia GTX 980?

PC gamers regularly on the move are an under-served market. Sure, there are plenty of super-powerful gaming laptops out there, but they all suffer one critical flaw – they use laptop GPUs.

Some will argue the GPUs are fine – and to be fair, the more expensive M variants in Nvidia’s 2015 roster have been more than good enough for 1080p gaming. But for hardcore gamers and avid overclockers, it’s meant that a trip to the parents or a holiday with their significant other involves giving up on top-end graphical performance.

The MSI GT72S Dragon Edition aims to fix this by including a GeForce GTX 980 GPU. And no, I haven’t missed off the M in error; when I say GeForce GTX 980, I mean the real deal.

MSI brought out the GTX 980M “Dominator” version of the Dragon Edition in 2015. The special Dragon Edition here adds a few visual and subtle technical changes to the design.

As far as the visual changes are concerned, some will love them; others will hate them. Unfortunately, I fall into the latter category.

The Dragon Edition is one of the gaudier-looking notebooks on the market. It has a striking red chassis with a dragon graphic emblazoned on its front that looks very Game of Thrones. Again, maybe that’s your thing. It’s not mine. 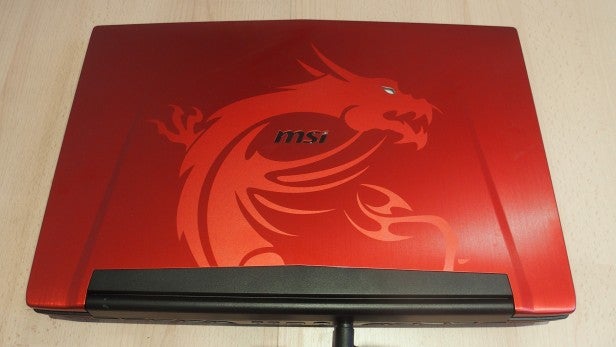 For added pizazz, the dragon’s eye lights up when the machine is turned on to introduce the “cool” factor when you’re playing on it. I received many glances while using the Dragon Edition on my train ride home at Christmas – unfortunately, they weren’t of the envious kind.

Although there will be those out there who consider the flashy lights cool, I wish that more gaming notebook makers would follow Gigabyte’s lead with the understated P37X, which ditches the over-the-top aesthetics.

Beneath the red dragon, however, things look up – MSI has loaded the gargantuan notebook with all the hardware and connectivity a gamer will ever need.

The notebook is equally impressive when it comes to wireless connectivity: it has 802.11ac Wi-Fi support, Bluetooth 4.1 and Killer DoubleShot anti–lag technology.

Build quality is also pretty decent, although not the best I’ve seen. The red metal top feels solid, but is let down by the Dragon Edition’s plastic bottom, which suffers a fair amount of flex. If it’s carried in a case, the Dragon Edition will be able to survive the odd bump and scrape – but it doesn’t feel anywhere near as robust as the Gigabyte P37X.

The Dragon Edition’s backlit SteelSeries keyboard is generally very good, but again, not the best I’ve seen on a gaming notebook.

The keys offer decent travel and are suitably spaced out, despite the addition of a full numberpad on the right. However, they’re not as reactive as those on competing, cheaper gaming notebooks, such as the Alienware 15.

The keyboard doesn’t feel particularly robust, either. During heavy typing – or heated gaming sessions, where I was pummelling the keys with greater force – I noticed the keyboard’s frame had significantly more give than the rest of the notebook, regularly flexing slightly. 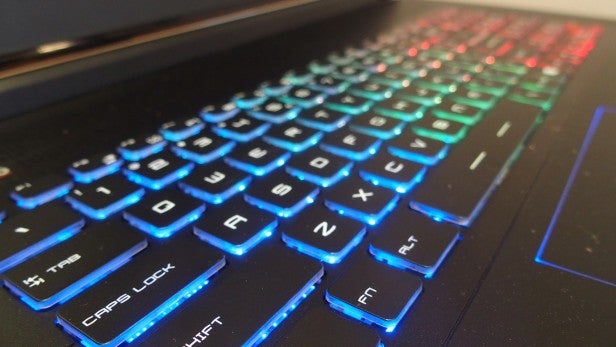 The left-hand shortcut keys partially make up for this and offer quick access to a number of useful features. These include the option to manually turn on the Dragon Edition’s fan, switch between discrete and UMA graphics, and change the colour of the keyboard’s backlight. (I opted for pink/red, obvs.)

The trackpad is large and reactive enough for basic tasks, but as always, competitive gamers will need to shell out for a decent gaming mouse if they want to be anything but cannon fodder in online matches.

The Dragon Edition’s sizable 17.3-inch Full HD display is one of the best I’ve seen on a gaming notebook.

Running my standard set of screen tests using my trusted X–Rite colorimeter, the Dragon Edition performed admirably and ran in with a 6,536K colour temperature and 0.13 Delta E. That’s less than 40k away from the 6,500k ideal. Anything lower than a 1.0 Delta E score is pretty darn good.

The screen covers only 85.9% of the sRGB gamut and 62.9% of the Abobe RGB, but considering this is a gaming machine, not a design tool, the figures are more than good enough.

The inclusion of Nvidia’s G–Sync technology is another positive. G-Sync is a custom tech similar to AMD’s FreeSync. It works to reduce screen tearing and input lag by synchronising the display’s refresh rates to the GPU. 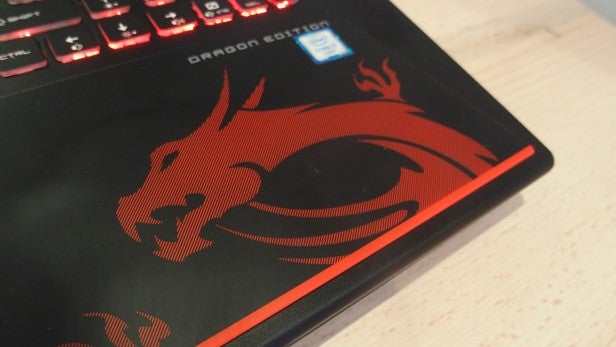 MSI has also ensured the Dragon Edition can cater to gamers’ hankering for some 4K action. The Dragon Edition’s display can connect to multiple higher-resolution screens using HDMI 1.4, Mini DisplayPort or a USB 3.1 Type-C port, which support 4K resolutions at 60Hz.

Alongside the Dragon Edition’s capability to connect to multiple external displays, the ports and top-end GPU also mean it should be accomplished at working with VR devices, such as the Oculus Rift.

Nvidia claims the Dragon Edition is one of the only notebooks that can handle VR headsets – previous mobile GPUs couldn’t handle the workload.

Specifically, the company claims the Dragon Edition will be able to run VR titles at 90fps in “stereo perspective” – as in one image per eye – with an unnoticeable latency of 20ms or below. Sadly, I didn’t get the opportunity to check out the claim during my review, but will do so the moment I get my hands on a Rift.

Used as our main laptop for the review period
Tested for at least a week
Used consistent benchmarks for fair comparisons with other laptops
Reviewed using respected industry benchmarks and real world use
Next
Performance, overclocking and battery Review