The Dragon Edition’s key selling point is its use of a desktop-class Nvidia GTX 980/8GB DDR5 GPU. Paired with an Intel Core i7–6820HK CPU, that makes the Dragon Edition an outright beast of a gaming machine.

The version I reviewed came with the preset 32GB of DDR4 RAM, although it’s possible to boost memory to 64GB DDR4 via the notebook’s four DIMM slots.

Running my standard suite of benchmark tests, without overclocking, the MSI Dragon Edition lived up to its name and dominated competing gaming laptops.

The Dragon Edition ran in with 3,428 single-core and 12,939 multi-core scores in the Geekbench test. In the more intensive GPU and gaming-focused 3DMark: Fire Strike and Unigine Heaven tests, it delivered 10,499 and 1,798 respectively. 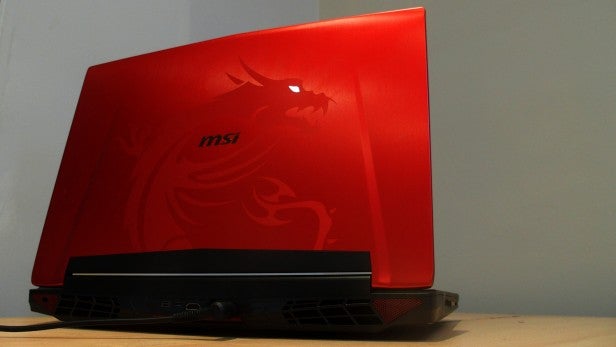 The benchmark scores rang true in real-world gaming. Playing Rainbow Six Siege at 1080p, with the graphics settings maxed, the Dragon Edition ran the game at an average 51.2fps. Assassin’s Creed Unity ran at a similarly smooth 41-67fps with the graphics maxed at 1080p. Killing Floor 2 was even more impressive, running at 90fps at 1080p with the graphics set to Ultra.

The Dragon Edition is one of the first in Nvidia’s latest wave of “enthusiast”-class gaming notebooks and can be overclocked to boost performance.

However, be warned that the overclocking software has been constrained to ensure you can’t harm the notebook. MSI’s overclocking software, Afterburner, doesn’t support manual fan controls. It also doesn’t let you adjust the core voltage, power limit or temperature limit. These have all been pre-configured by MSI.

Even with these limitations, the controls are far from useless. Playing Assassin’s Creed Syndicate without overclocking the Dragon Edition – GPU running at 1,202MHz and memory at 3,499MHz – the notebook ran at 78oC. Increasing the core and memory clocks by 100MHz, it ran at 79oC. 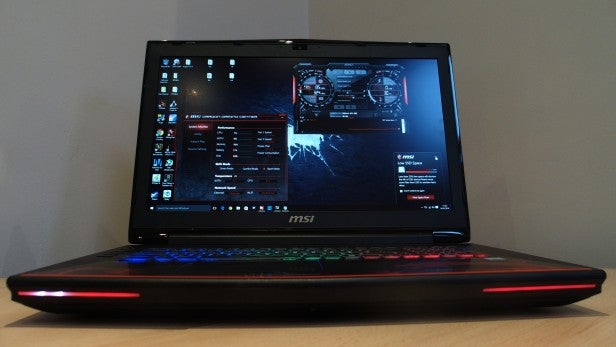 It was only after I began pushing past the 200-250MHz boost range that I saw the temperature of the notebook get dangerously close to 90oC. The performance boosts may not sound scintillating when compared to dedicated gaming desktops, but for a notebook, it’s still fairly impressive.

With all this you’d expect the Dragon Edition’s fans to create a cacophony. But surprisingly, while not quiet, they weren’t the loudest nor most intrusive I’ve heard.

Maximum volumes are also good, and ensured the Dragon Edition’s fans never drowned out games’ sound effects. Mid- and high-range sounds are solid, although as is the case with all notebook speakers, with the volume maxed some sounds can begin to get tinny.

You can partially fix this last problem using the preinstalled Nahmic software. It provides manual control over the speakers’ settings, plus a few extra features, such as the ability to improve in-game characters’ vocal clarity.

Battery life is one area where gaming notebooks universally fall short. Due to their focus on performance over portability and battery life, I’m yet to find a gaming notebook that will last for more than three to four hours from a single charge. The Dragon Edition’s nine-cell lithium-ion battery doesn’t change this.

Disconnected from the mains, the Dragon Edition will generally die after that magic two or three hours, even if you’re only doing a bit of word processing. Gaming is an even bigger drain on the battery, and on certain occasions the Dragon Edition went from 100% to zero in less than two hours. 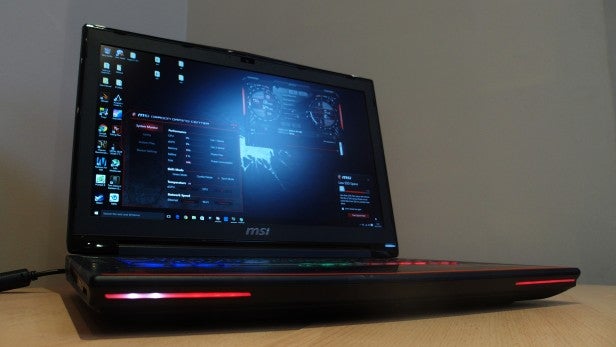 Should I buy the MSI GT72S Dragon Edition with Nvidia GTX 980?

The MSI GT72S Dragon Edition is one of the most powerful gaming notebooks I’ve ever had the pleasure to play with.

While I’m not the biggest fan of the Dragon Edition’s paint job and superfluous lights, there’s no denying its muscle. Featuring a desktop-class Nvidia GTX 980 and sixth-generation Intel processor, it will meet a hardcore gamer’s most demanding hardware needs.

The ability to overclock the notebook adds a further element of allure for tinkerers. However, those interested in overclocking should be aware that the version of Afterburner installed on the Dragon Edition has been stripped down and doesn’t offer access to all of the desktop version’s controls.

With prices starting at £2,600, these perks are far from cheap. There are better deals out there for gamers who don’t need the top-end hardware. The Gigabyte P37X costs over £500 less, has a more portable design and offers powerful enough hardware to run games at 1080p in their maximum graphics settings.

The MSI GT72S Dragon Edition with Nvidia GTX 980 is a beast of a machine. Although expensive, power-hungry gamers won’t be disappointed – until they try picking it up.