The Moto Z runs a mostly unmodified version of Android 6.0.1 Lollipop, with few extra apps or unnecessary features. The main extras on offer here come in the form of gestures. Shaking the phone in a chopping action will activate the flashlight, while twisting it rapidly wakes it up and launches the camera. 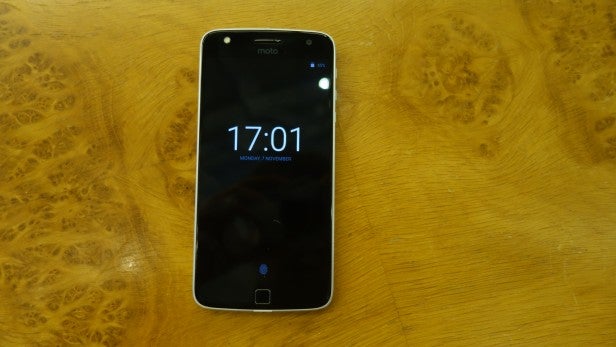 Otherwise, Android is pretty much standard. Swipe to the left on the homescreen and you’ll get the Google Now assistant. Swipe down from the top and your notifications and shortcuts appear. There’s the standard, searchable app drawer with your four most-frequently used apps at the top, and that’s about it.

Motorola has chosen to use on-screen Home, Back and Overview buttons instead of touch-sensitive buttons on the body of the phone. This means that, for much of the time, part of the screen will be obscured by the buttons. However, they do at least duck out of the way when you’re running full-screen media such as games, or streaming video.

It’s in the performance stakes that the Moto Z is very much a mid-ranger. 3GB of RAM is fairly generous and the Qualcomm Snapdragon 625 is a perfectly decent chip, but there’s nothing amazing happening here.

I often re-opened apps that had fallen out of the phone’s RAM, meaning they had to be reloaded from scratch, which was particularly annoying when part way through a long story in the Guardian app.

In more powerful and RAM-laden phones I’ve found that such apps manage to keep themselves active when not in use. Still, there are few surprises here for both the money and the spec. 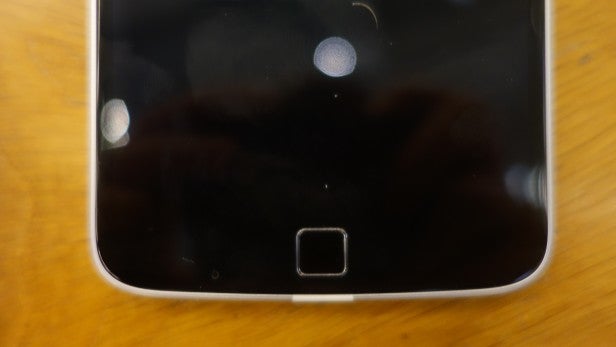 In the AnTuTu benchmark, the Moto Z Play scored a little over 60,000 – which is in the same ballpark as the Asus ZenFone 3 and a little ahead of the iPhone 6S Plus.

As you might expect, pairing a fairly middling processor with a gigantic battery results in some pretty amazing battery use figures. First, it’s important to understand the limitations of Motorola’s own 50-hour battery life claim. Yes, it’s realistic if you’re a light user; it’s not if you’re a moderate or heavy user.

In my week of testing the Z Play, I’ve been both a light user and moderate user. On light-use days, where I didn’t use the phone on my commute and spent only a couple of hours reading and refreshing social media, I could end the day with as much as 70% battery remaining – enough for an easy two full working days.

On a moderate-use day, involving at least three hours reading in addition to playing games, refreshing social media and streaming Spotify over Wi-Fi and 4G, I ended the day on 42%. Again, a very comfortable figure, especially considering that I’d be able to make it through a second day of very light usage if I needed to. 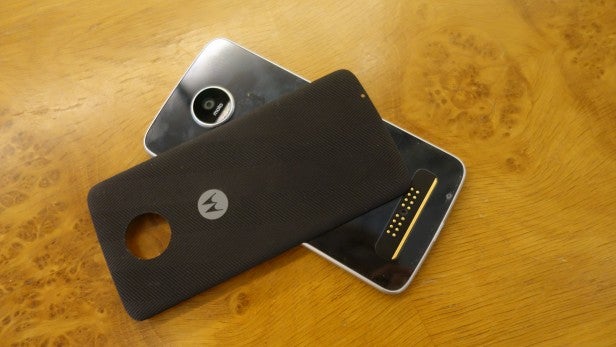 Playing Netflix at half brightness for an hour while connected to a Wi-Fi network used up just 7% of the battery, so there’s plenty of capacity for streaming, too.

In short, the Moto Z’s Play huge cell completely eliminates my battery life fears. Most days I’d be pushing the OnePlus 3 to below 15%, so to have the potential to last well over a day with the Z Play is a huge boon. It’s the best thing about this phone and is the most compelling reason to buy it over the slightly cheaper OnePlus 3.

If you’re after something smaller with decent battery performance, the 4.5-inch Sony Xperia X Compact can also occasionally manage a couple of days off a single charge if you’re careful.

Should I buy the Moto Z Play?

If battery life is your biggest influencer when choosing a phone, but you don’t want a huge phablet, then the Moto Z Play should be right at the top of your shortlist. Although the huge battery does mean that compromises have been made elsewhere – performance and camera quality are both pretty average – they’re absolutely worth it for that extra juice.

Your other tempting choice at this price is the OnePlus 3, which is far more powerful and offers a better camera, but its battery is only just good enough for one day of moderate use, and the screen isn’t as good either. The Moto Z Play and OnePlus 3 are very different beasts at the same price point, so it will be down to your own personal preference.

The small-hand-friendly Sony Xperia X Compact is another tempting option, although its ugly design and slightly higher price put us off when we reviewed it earlier in the year.