What is the Sony Xperia X Compact?

Sony’s Xperia Compact line was a cult hit a few years back thanks to its no-compromise stance on putting flagship specs in a small body. But this isn’t the case with the Xperia X Compact, where compromises are evident everywhere.

This isn’t a flagship-quality device in miniature form, but a mid-ranger that struggles to stand out from an increasingly crowded market.

It doesn’t help that Sony has seemingly forgotten how to design a phone. On the bright side, at least the battery life is fantastic.

My initial impression on unboxing the Sony X Compact is that it resembles a baby-blue bathroom tile.

The Sony Xperia X Compact isn’t a pretty phone – in fact, I’d be as blunt as to say it’s an ugly phone. It’s built from plastic, but a slippery sort of plastic that’s a magnet for grease and fingerprints. The squared-off, boxy design doesn’t do it any favours either. It looks old-fashioned, and the blue colour of my review unit is more akin to a bottle of face scrub in my wash bag than a phone. A blessing, then, that it’s available in black and silver too.

The handset is thick as well – more so than an iPhone 7 Plus and a Nexus 6P. But this, along with the overall dinky size, does make it easy to hold in one hand. My thumb can move from one side of the 4.6-inch screen to the other without any issues. After having used a number of more sizeable handsets this year, I’ve had to force myself to not use the Xperia X Compact with two hands, since this results in covering up a large portion of the display. 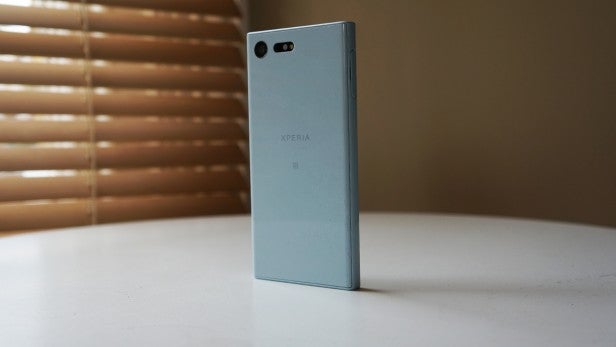 The use of plastic does at least make the phone feel durable. So far it’s been kept free of any dents, and it managed to withstand a drop onto a stone floor. It’s safe to say that it’s unlikely that you’ll need a case for this phone – well, unless you want to cover up the ugly design, that is.

On the side of the handset is a lock button that sits almost flush to the phone, but feels good to press nonetheless. In Europe the button also integrates a fast fingerprint scanner, but this is a feature missing from US versions of the Xperia X Compact. For a near-£400 phone, this isn’t good enough.

Opposite the lock button you’ll find the SIM tray, which is of the pull-out variety, rather than one requiring a finicky tool. There’s a microSD slot in there too, to bump up the 32GB internal storage. I do like the fact that the camera shutter button remains, providing quick access to the snapper.

Sadly, unlike Xperia Compact phones of old, there’s no waterproofing here. While the Xperia XZ is – just like the iPhone 7 – rated at IP67, the Xperia X Compact won’t take kindly to being dropped in the bath. This isn’t a vital feature, but it’s one that could have helped the X Compact to stand out. 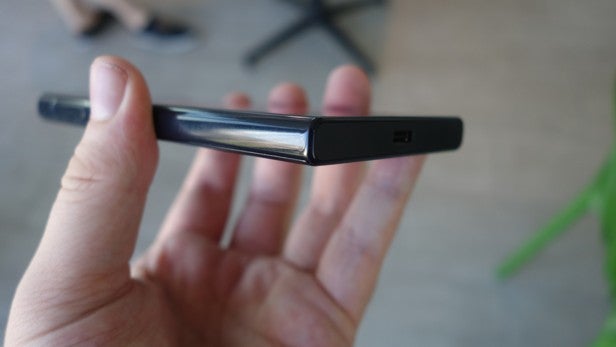 At 4.6 inches, the display on the Sony Xperia X Compact is significantly smaller than those on pretty much every Android phone on the market. In a world where 5.5 inches is now considered normal, the fact that Sony is still making a phone with a small screen helps it stand out.

It’s a bonus that the panel is actually fairly good, although this isn’t unusual for Sony screens.

The 720p resolution might seem meagre next to 4K and quad-HD panels, but stretched over 4.6 inches, it’s perfectly fine. If someone had told me it was a 1080p display, I’d have probably believed them. 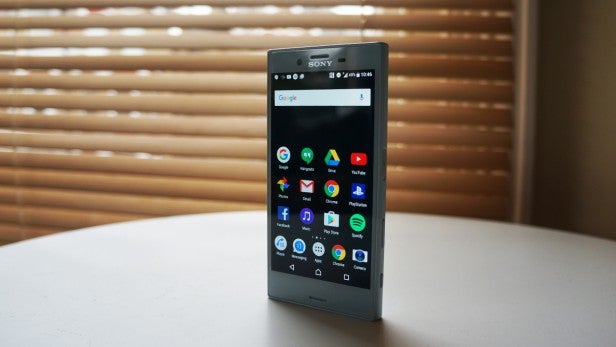 It’s an LCD panel, but Sony’s software pushes the colours up to those more akin to AMOLED. Blacks are deep, reds are bright and everything looks good – in that sort of surgically enhanced way. It’s nowhere near as accurate as an iPhone 7 display – greens, especially, look overblown – but you’ll probably only notice this is you put the two phones side by side.

Viewing angles are fantastic, while the brightness can be jacked up high enough to make the Xperia X Compact great for outdoor use.