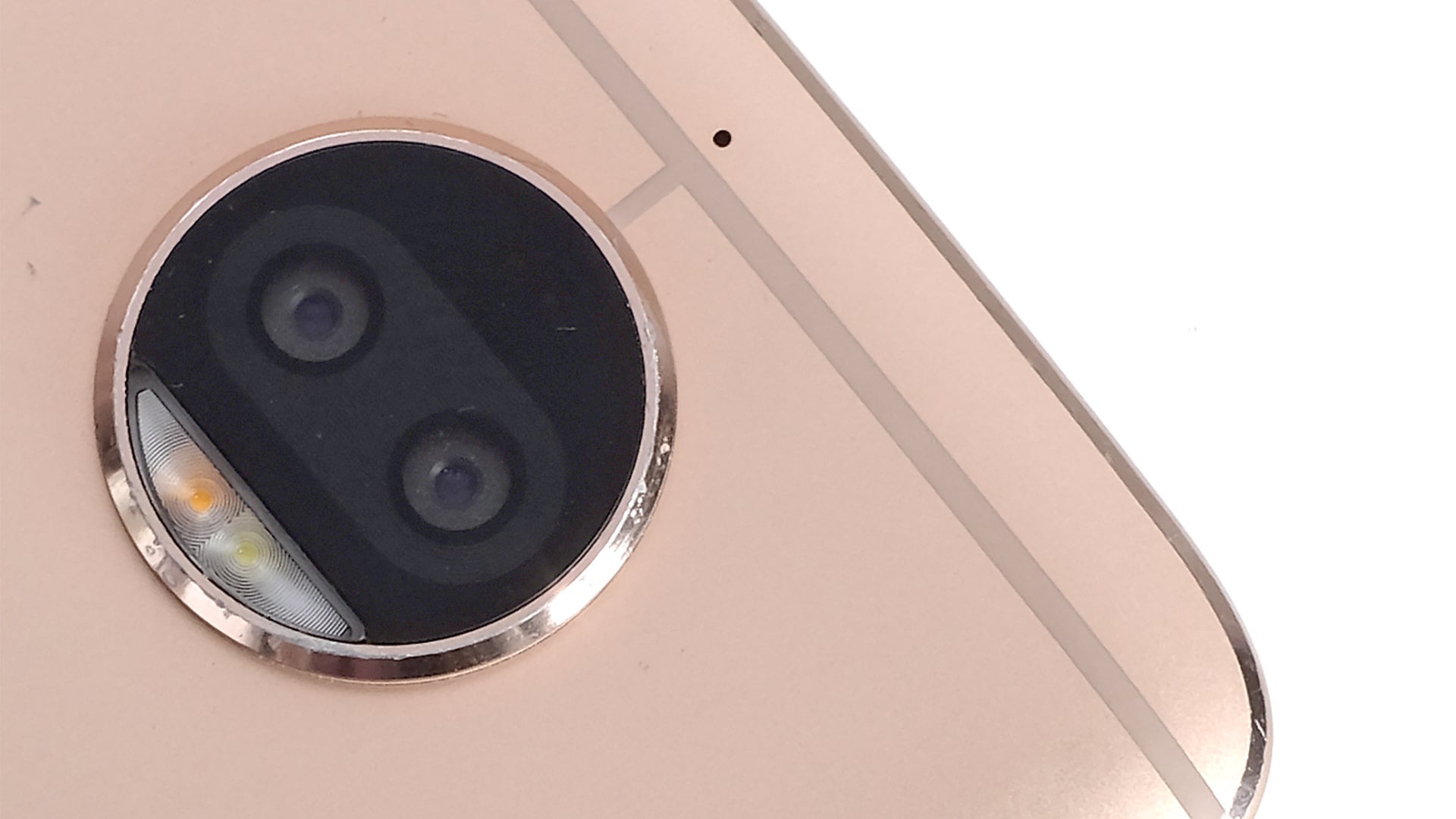 Offset cameras let the Moto G5S Plus create a depth map of a scene, to separate the background from foreground and process them independently. Phones like the Galaxy Note 8 get you awesome results with the same concept. The Moto take isn’t quite as good, fluffing the outlines of complicated objects more than the best. It’s also probably the slowest part of the phone.

You need some patience as processing takes a few seconds. However, the results can still be great, with proper progressive blurring that can fool people into thinking you took a picture with a DSLR if you work the framing properly.

Camera performance is an issue across the board. Even when shooting using the standard mode, there’s a bit of a delay between pressing the shutter button and a) the shot being captured and b) being able to take another.

This is the part of the Moto G5S Plus I have most issue with. Earlier Moto G phones are faster. Of course, this may well be improved with future software updates.

General image quality is very good, in part thanks to a powerful Auto HDR mode. This lets you shoot in any condition, no matter where the sun is, and end up with good results. The Moto G5S Plus may not have an ultra-high quality sensor, but in daylight at least photos don’t compare too badly to shots taken with phones up to twice the price.

Colour in particular is very pleasant: well-saturated without appearing overcooked.

I was actually expecting more of a drop-off in quality compared to the Moto G5 Plus. In theory that phone has has a better camera. It uses the Sony IMX362, which has fewer, larger sensor pixels and a better f/1.7 aperture. This phone’s sensor type has not been publicised, but it likely a slightly lower-end Sony model.

However, both G5 Plus and G5S Plus struggle a little at night. Photos lose quite a lot of detail, ending up looking soft. In the Moto G5 Plus there’s an argument the Moto software was partly to blame. But this sort of degradation is exactly what I expect from a phone with a fairly conventional 13-megapixel sensor, f/2 lens and no optical image stabilisation.

There is a Night mode designed to improve low-light photography. However, this further slows down the shooting process and doesn’t radically improve results. 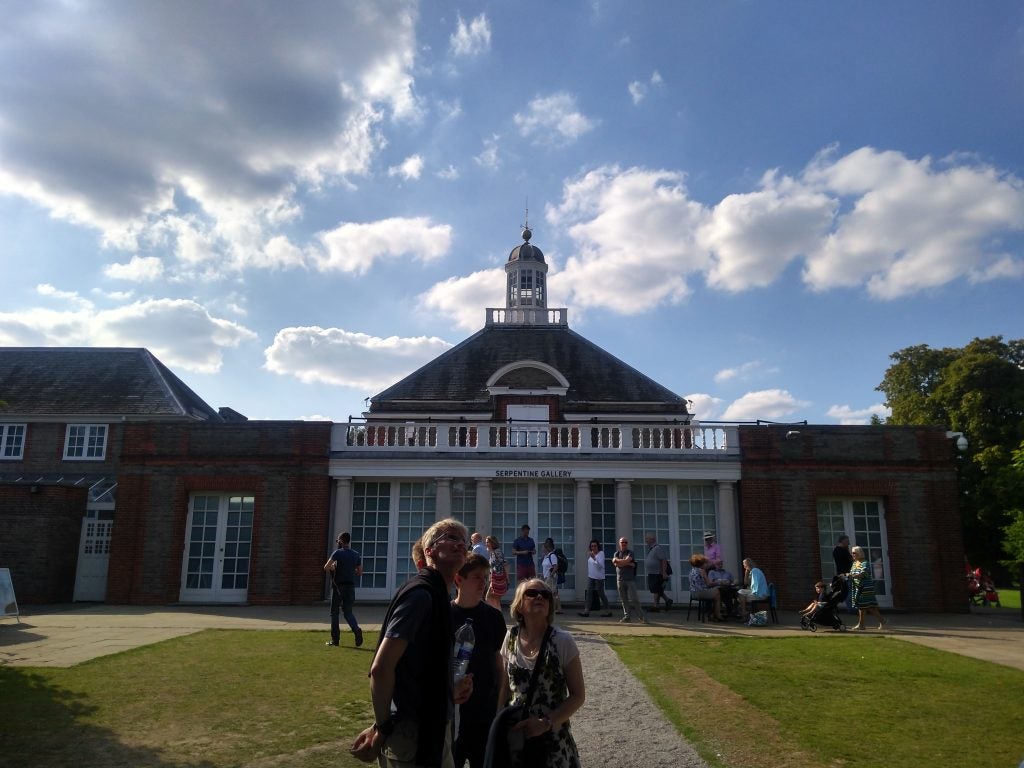 Auto HDR does a good job of bringing up the mid-tones in tricky lighting. You can improve this further with a post-shoot edit. 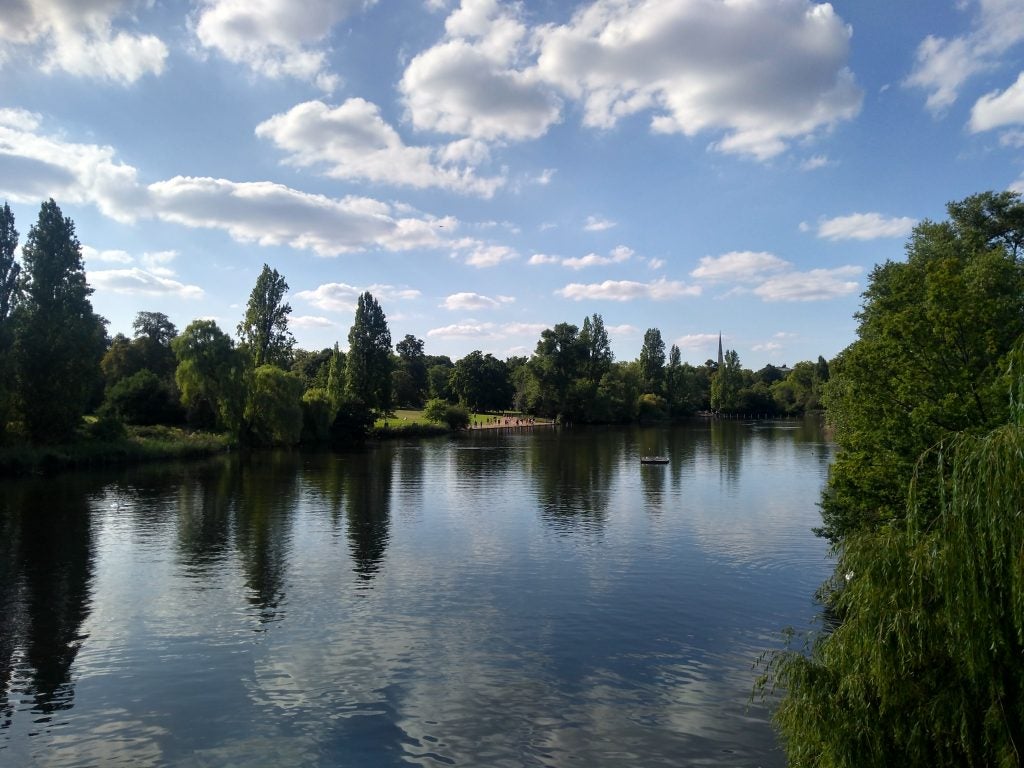 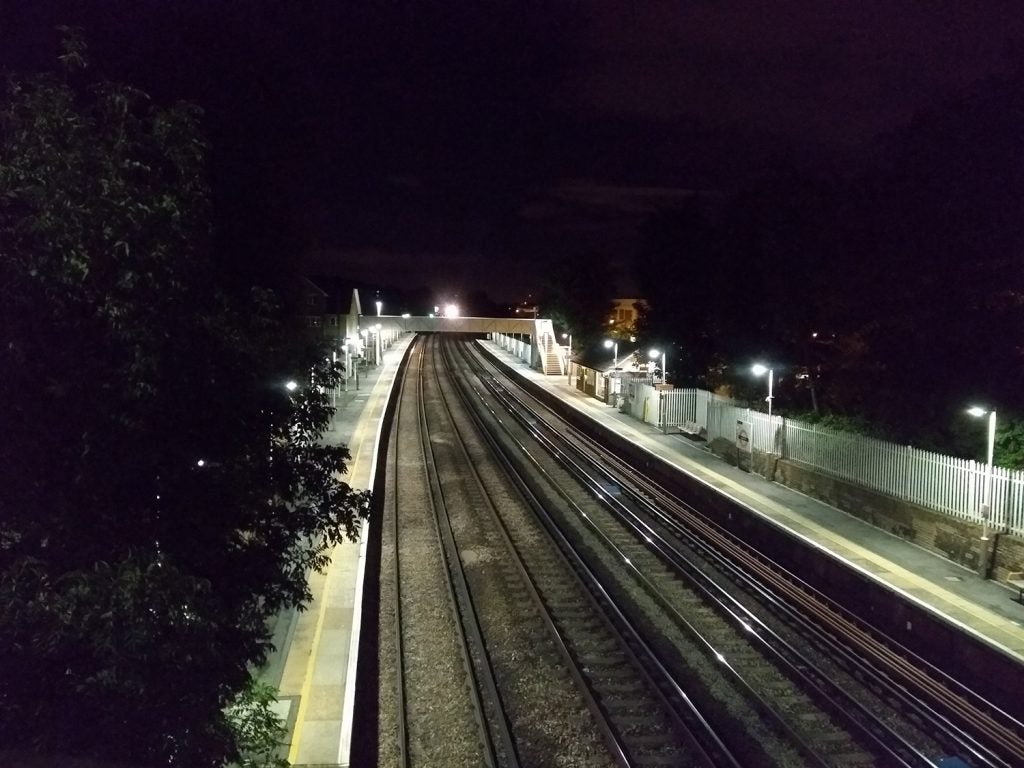 Night shots look fine zoomed-out, but don’t hold up too well to close scrutiny. For example, the track gravel looks much softer than the same scene shot with the Sony Xperia XZ1. 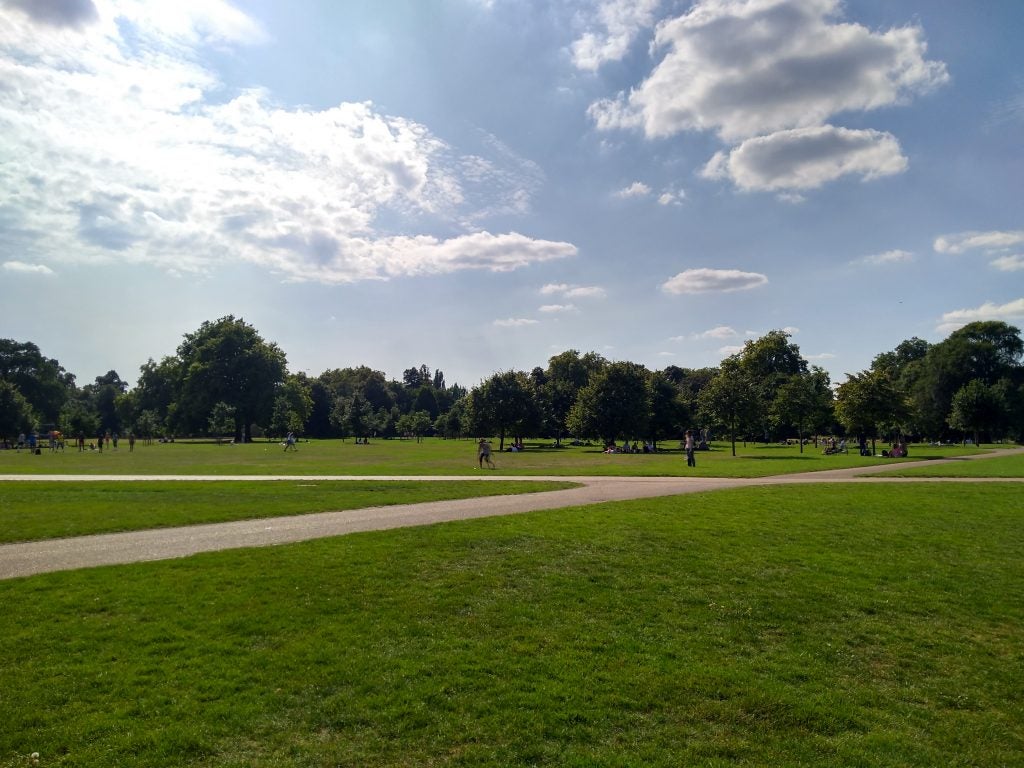 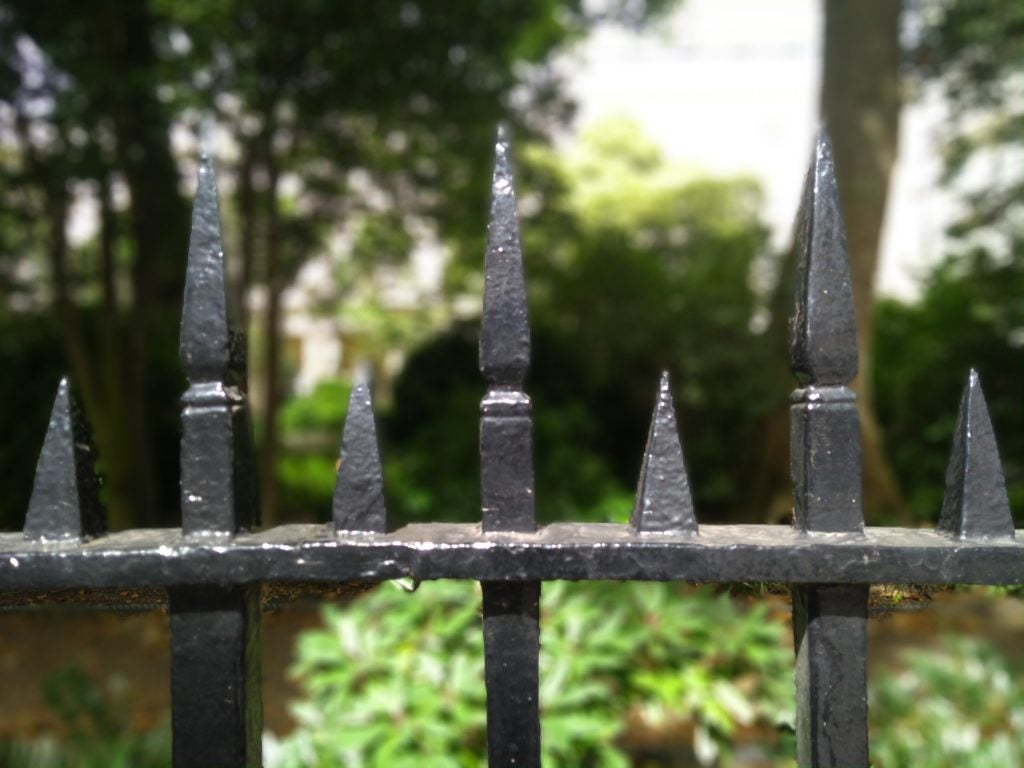 Here’s a demo of the depth mode. Note the area below the railing where the object recognition/depth mapping has failed.

In a lot of ways the Moto G5S Plus gets you an experience close to a phone twice the price. However, it also isn’t close to the best in terms of shooting performance and low-light image quality.

The front camera has a, 8-megapixel sensor, and can produce decent if not standard-setting photos. It also has a front LED flash. This is well above average: some front flashes barely seem to make a difference with dim indoor lighting, but this one really does.

Having a high-capacity battery is not a guarantee for good battery life these days. I’ve used 3000mAh-plus phones that have struggled to last through a day’s use. The Moto G5S Plus is one of the longer-lasting phones I’ve used this year, though. With normal use, including a couple of hours of audio streaming, I’ve seen the phone survive with up to 40% battery left by bed time which is pretty impressive. 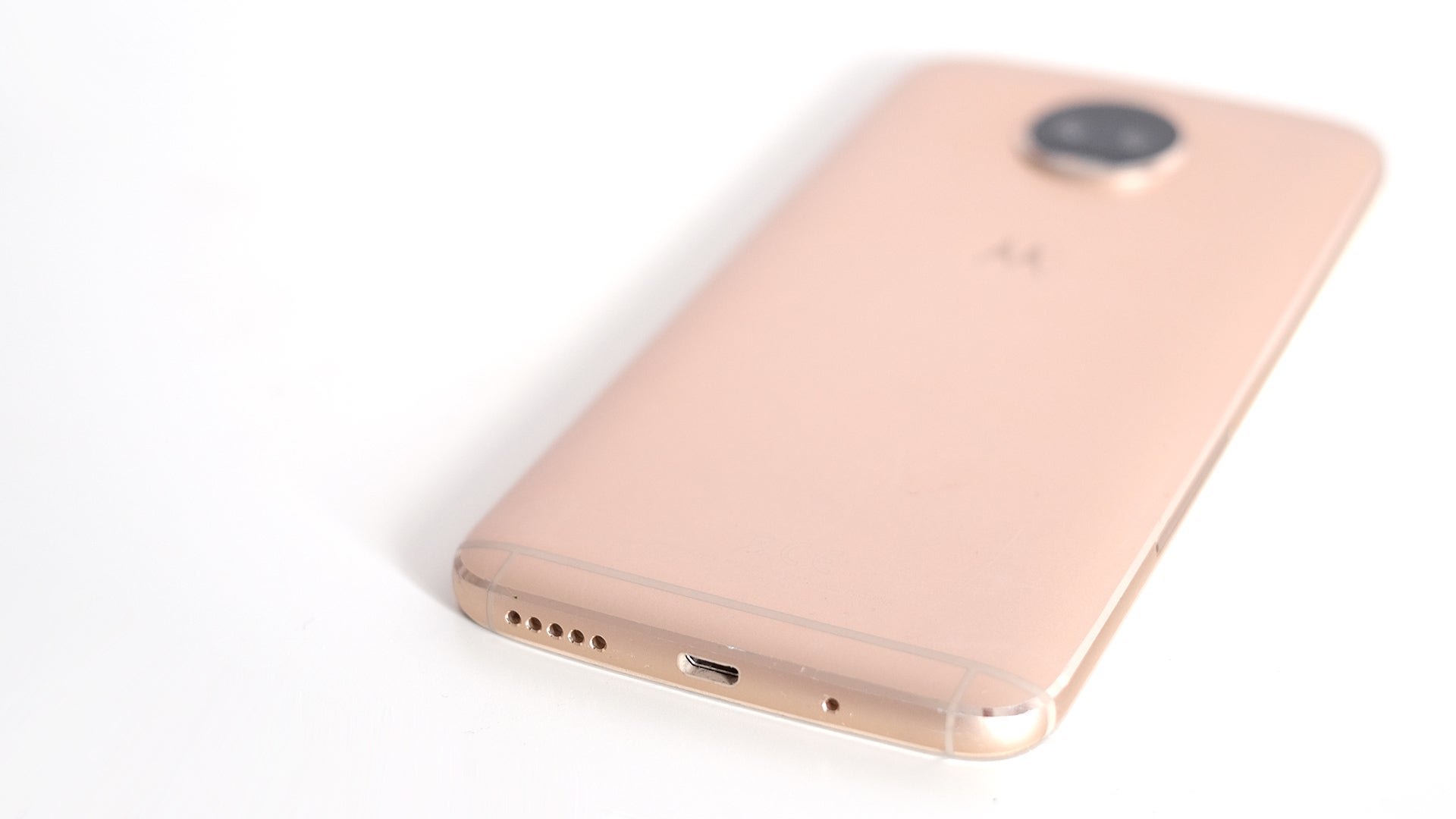 30 minutes of Real Racing 3 takes 9% off the battery, suggesting you’ll get a respectable 5.5 hours of gaming out of a charge.

Like the Moto G5 Plus, the G5S Plus supports Motorola Turbo battery charging, This will replenish most of the battery in 30-40 minutes, using 12V voltage instead of the usual 5V.

The phone still uses a microUSB port rather than a newer USB-C one. This is connector has gone from industry standard to flat-out retro in the last year. However, it’s no reason to discount the Moto G5S Plus. Fast charging is what actually matters, and this phone has it.

Should I buy the Lenovo Moto G5S Plus?

The Moto G5S Plus is a great choice for those who want a large phone without a high price. It’ll go on sale next to the Moto G5 Plus and Moto G5, but this version has a much better frame and a larger screen.

If you think a 5.5-inch screen will be too big for you, the Moto G5 and G5 Plus are still good choices. However, the all-metal build it so much nicer it’s hard to go back to the Moto G5 Plus, which is only a little cheaper.

The one drawback is that at present the Moto G5S Plus camera app is a little slow, and less stable than the Moto series norm. Teething problems? Hopefully.

The Moto G5S Plus is an update or two away from perfection but is still our large-screen, lower price phone of choice