What is the Moto G5S Plus?

The Lenovo Moto G5S Plus is a new alternative to the Moto G5 Plus. Arriving just a few months later, it makes you wonder: “why?”

Whatever the answer, even though we think the original G5 Plus is great, there are real improvements here. The Lenovo Moto G5S Plus is a full-metal phone, unlike its predecessor, making it one of the most pleasant to use and affordable large-screen phones around, with pricing starting at just £269.99. Yet again, the Moto series has come up with a budget champ. 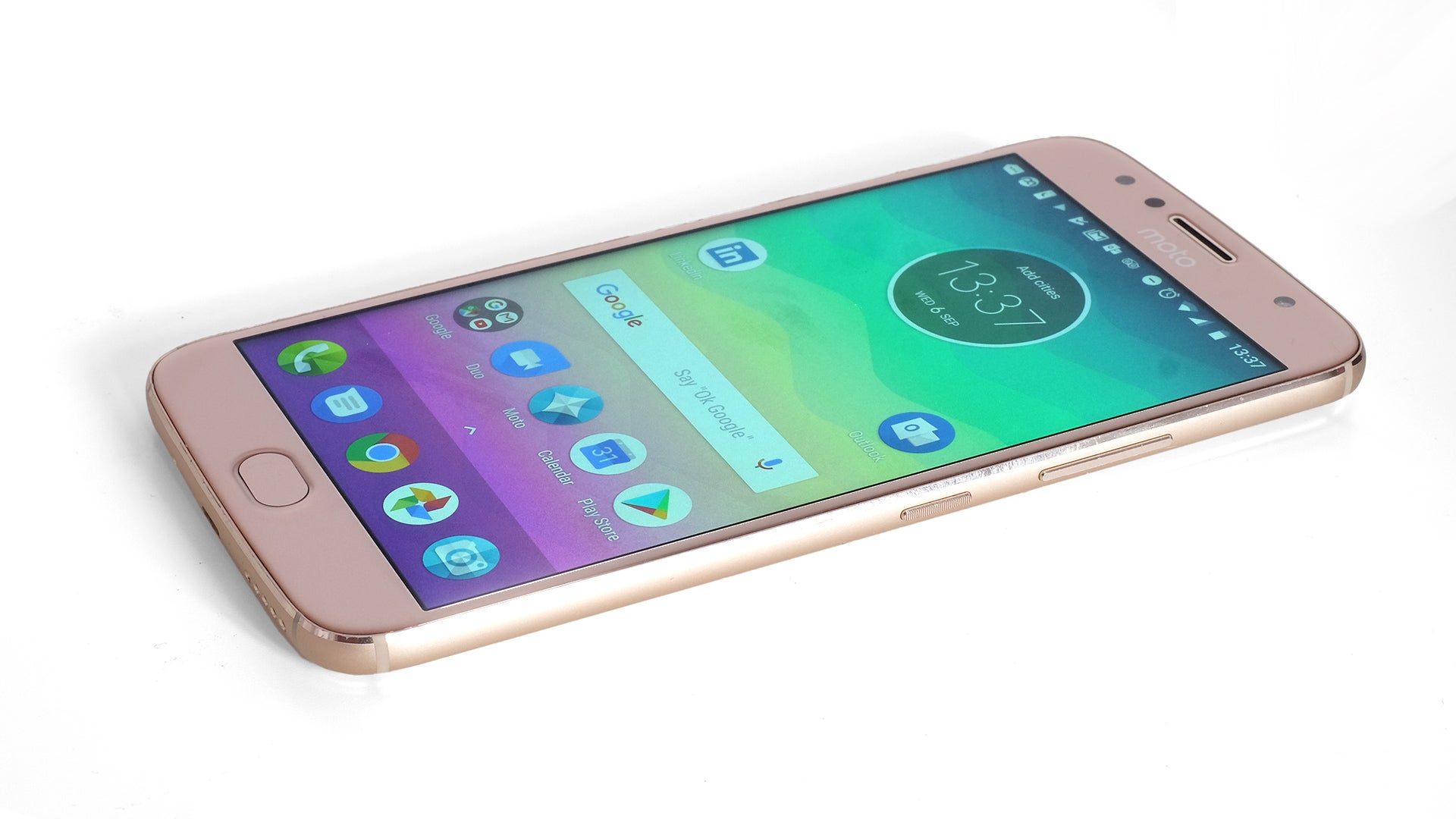 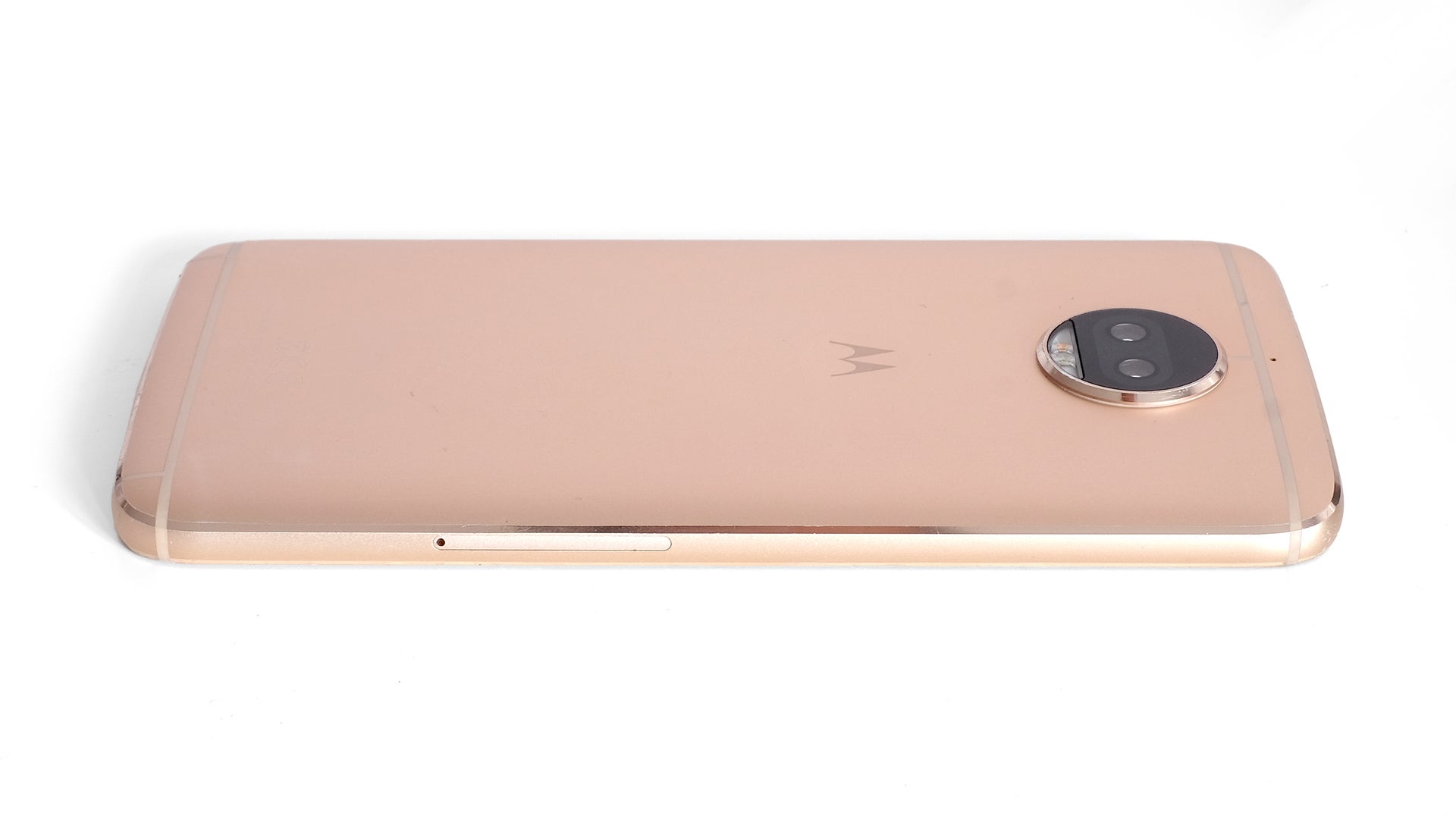 The metal is great and makes it feel almost as premium as a phone twice its price. You can get the Moto G5S Plus in gold or grey and, as you can seen from the photos here, it’s not too garish a gold shade.

Below the screen sits a fingerprint scanner. It’s just like the one seen in the Moto G5 Plus. It’s fairly quick rather than lightning fast, like some mid-price Huawei phones, but is still quicker than using a pin code or password. You also get 32GB storage, and the option to add a microSD card. A lot of mid-price phones have just 16GB.

Lenovo has also fixed one of the long-standing complaints about Moto G phones. The G5S Plus has NFC, letting you use it for wireless payments.

It has a water-repelling inner nano coating, and the design is simply a lot nicer than that of the G5 Plus. The one missing feature is a compass, which is what lets apps like Google Maps swivel around based on the direction you face.

The Moto G5S Plus has a 5.5-inch 1920 x 1080 pixel IPS LCD screen. It’s not OLED, it’s not incredibly high-res, but it is close enough in-person to a higher-end screen to make this a non-issue for most people.

Colours are vivid, sharpness is great and aside from a little bit of brightness loss viewing angles are solid. 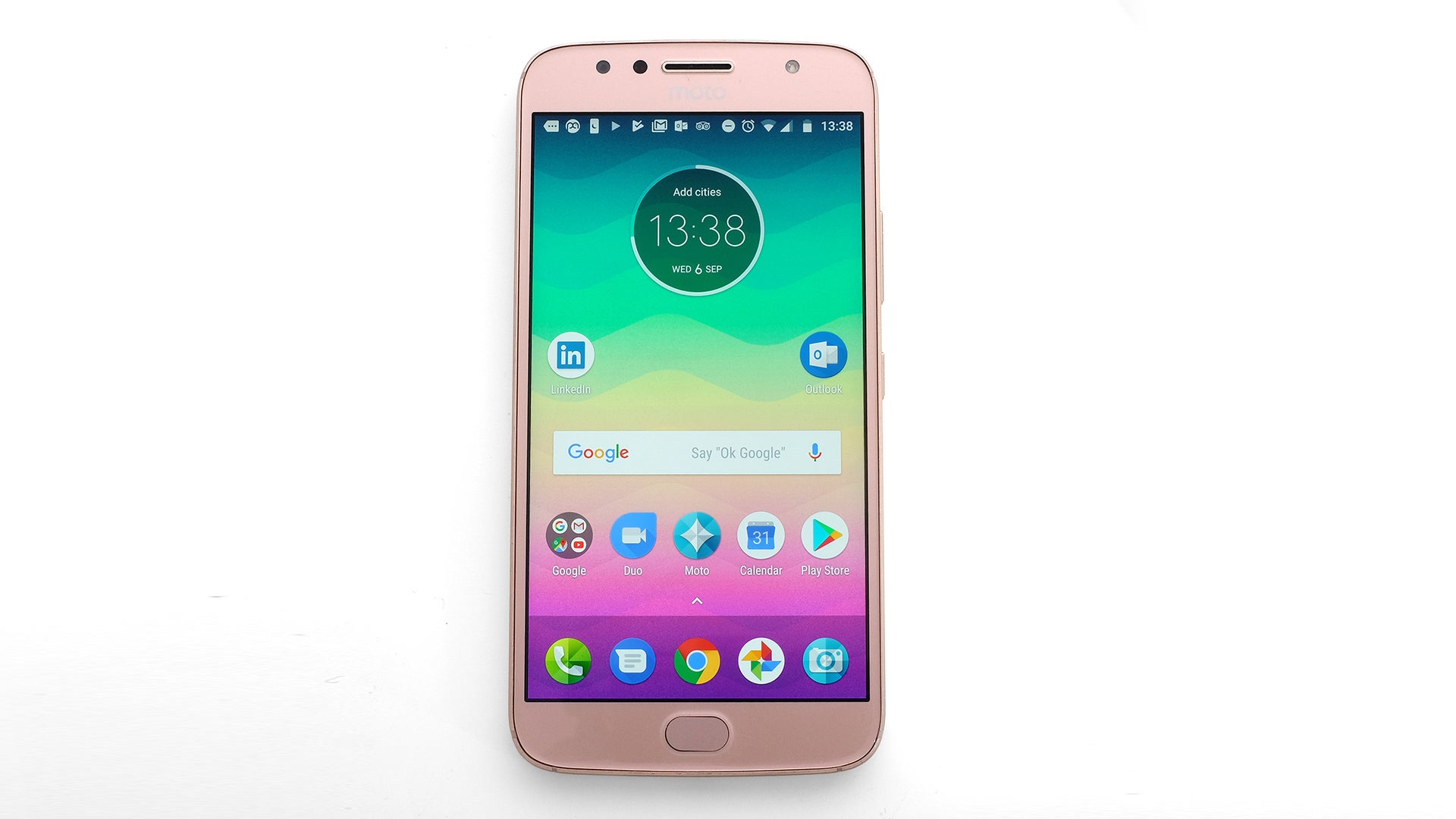 Some more affordable phones struggle in bright daylight, their displays not powerful enough to compete. However, the Moto G5S Plus handles the sun pretty well. You won’t have to squint just to read a WhatsApp message.

There are also a few extra features. You can alter the Moto G5S Plus’s colour profile, for a more vivid or natural look. There’s not a world-changing difference between these modes as this is not an ultra-wide gamut display, but it’s a nice touch for screen nerds.

Lenovo has also added a custom night mode. These are now common, and change the display temperature at night. You’ll see the screen get warmer towards bed time, to make staring at the phone easier on your eyes.

As usual the Moto series uses a mostly-standard version of Android. You get the same “pull up” apps menu used in the Google Pixel phones, but the background of this menu uses a dimmed version of your home screen wallpaper rather than the Google-standard plain white sheet.

There’s no bloat, no attempt to stamp a loud Moto personality on Android beyond adding some custom wallpapers. There’s just one extra app, called Moto. It lets you customise the small handful of extra features added to Android. 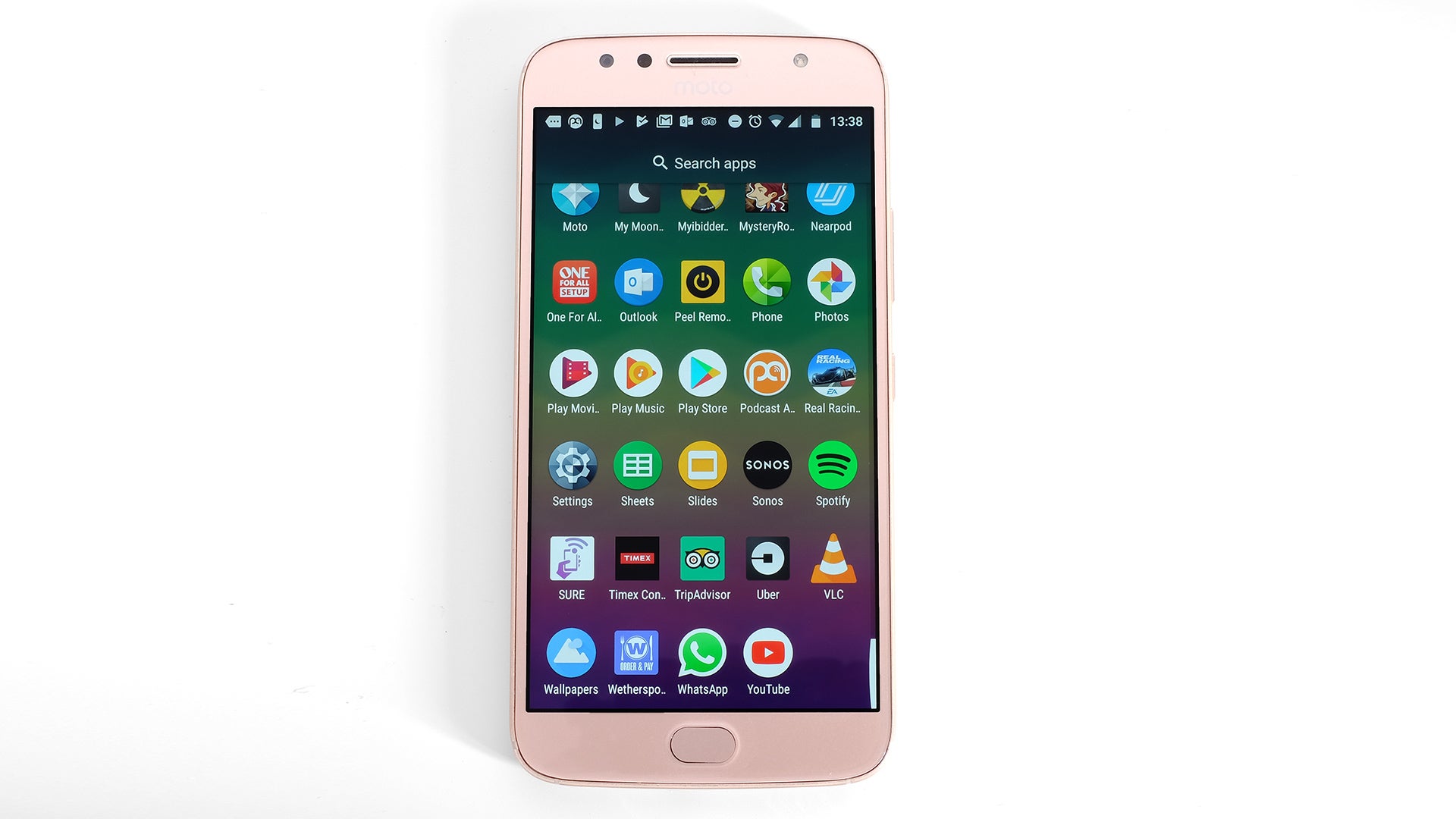 These are Moto Display and Moto Actions. Moto Display simply fades notifications in and out for a while when the phone’s in standby. It’s designed to subtly grab your attention if, for example, you work with the phone on a desk.

Moto Actions is the reason most of the Moto phone owners I know end up complaining their torch turns on randomly. It’s a series of gestures, and one of them turns the torch on and off with a double karate chop action.

Others include stopping the phone ringing when the Moto G5S Plus is picked up, and sitting it on its screen to active the Do Not Disturb feature. The newest addition to the Moto Actions family lets you replace soft keys with swipes across the fingerprint scanner.

This works fairly well, although after a week I ended up switching back because, well, virtual buttons are just simpler.

The Moto G5S Plus is generally a quick and responsive phone. Over a couple of weeks’ use it has had a couple of spates where waking from standby has taken a little longer. And compared with a more powerful phone like the Google Pixel apps are slower to load.

However, as with the Moto G5 Plus performance is great for a phone that costs hundreds of pounds less than top-end models. Games also run very well and there’s just the slightest occasional frame rate jitter in Asphalt 8, but nothing to make it seem a cut-price experience.

This is an excellent gaming phone, and even the speaker is fairly good. It’s just a single driver on the bottom, so you don’t get stereo or perfect sound dispersal when you’re playing ‘landscape’ but it’s loud and has enough power to avoid sounding weedy.

The Moto G5S Plus uses the Snapdragon 625 processor, an octa-core CPU with all-Cortex-A53 cores. This tells you it’s a mid-range chipset at best, but it does the job for a phone with a 1080p screen and well-optimised software. The Moto G5 Plus uses the same core hardware.

The 4460 points in Geekbench 4 is respectable and the 3GB of LPDDR3 RAM is pretty standard for phones at this level.