Moto G5 vs Moto G5 Plus: Motorola has just unveiled its new Moto G phones, launching a standard and Plus model once again. But what’s the difference between these two budget powerhouses?

MWC has come around once again, and this year it’s brought two new Moto G phones in the form of the Moto G5 and Moto G5 Plus.

After launching a new Plus model alongside the last year’s Moto G4, Motorola has continued the trend this year, offering those on a budget a choice between two fantastic affordable phones. If you’re on the hunt for some capable hardware at a reduced price this year, then, you’ve got some great options. But is it worth paying more for the Plus model? Or is the consistently stellar standard Moto G enough? Allow us to explain…

Moto G5 vs Moto G5 Plus Design: What’s the difference?

There are two big design changes to take note of this year. The first is Motorola’s use of an all-metal design for both phones. The G5 and G5 Plus both look similar, and are made from aluminium, which gives them a premium aspect that was previously somewhat lacking. 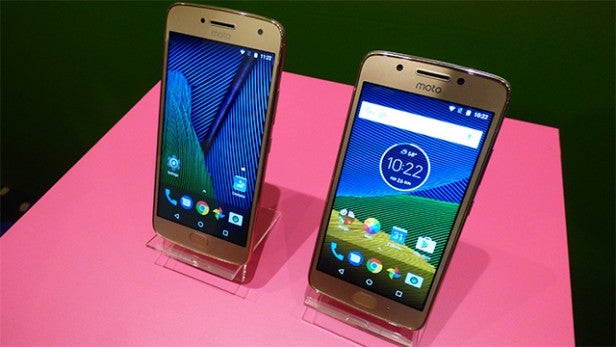 That doesn’t mean that the G5 and G5 Plus are identical, but you’ll be hard pressed to tell the difference at first. From the front, things are certainly very similar, with a simple black bezel, silver trim on the speaker on the top, and the Moto logo adoring the upper bezel. Both even have a physical home button.

On the rear, the Plus model has a protruding circular camera enclosure, while the standard model’s camera is recessed into the body. Other than that, ports on both phones include a Micro USB charging connection, headphone jacks, and Micro SD card slots for expanding the memory.

The second big design change is the reduction of the screen size on both phones, with the G5 shrinking to 5 inches and the G5 Plus becoming a 5.2-inch device. Last year, our only major qualm with the G4 was its enlarged 5.5-inch screen. It made for a pretty unwieldy device that was firmly in phablet territory. Thankfully, the reduction in size has made for a much more reasonable handset size. And while the G5 Plus is bigger, its 5.2-inch form factor is certainly not on the phablet level.

Moto G5 vs Moto G5 Plus Specs: Which phone is the most powerful?

Whereas last year, the G4 Plus offered a better camera and fingeprint sensor, this time around the larger model comes with an actual performance bump. You can choose between 2GB or 3GB of RAM on both devices, but the Plus model also comes with a 2GHz Snapdragon 625 processor instead of the 1.4GHz Snapdragon 430 chip powering the G5. The lacklustre chip in the G5 is a bit of a disappointment, but we had some short time with both phones and they both seemed quite speedy. There’s no doubt the Plus model is the more capable phone, performance-wise, though. 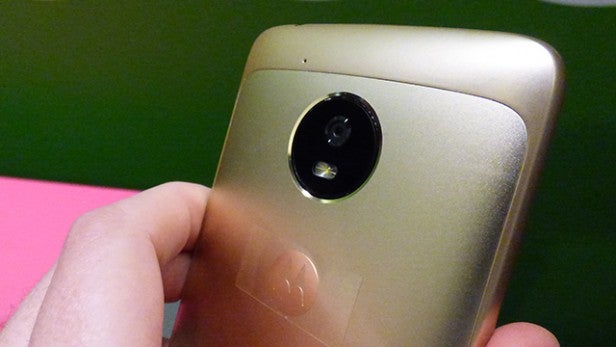 The G5 Plus also outdoes the G5 in terms of storage, with 32GB instead of the 16GB in the standard model. Both come with a Micro SD card slot, however, so the memory can be expanded. There’s also a bigger battery in the Plus model. A 3,000mAh cell powers the larger phone, while the G5 relies on a 2,800mAh battery. Seeing as the screen has been reduced to 5-inches on the latter, that slightly smaller battery shouldn’t affect battery life too much.

You’ll also be able to make use of fast charging on both phones but while the 10w charger included with the G5 will give you four hours of charge in just 15 minutes, the turbo charging tech on the G5 Plus will give you six hours in the same time.

Screen-wise, you’re getting a Full HD panel on both phones, as was the case with their predecessors. Of course, the smaller 5-inch screen will make for a sharper picture, with a 441 pixel-per-inch density compared to 425 on the Plus model. In reality, though, you’re not really going to notice the difference. 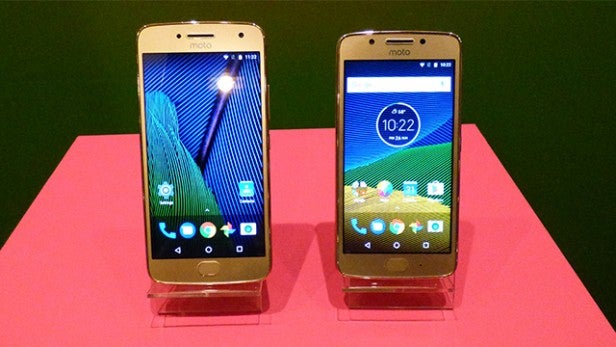 And finally, the last big difference here is the camera. While the G5 offers a 13-megapixel f/2.0 setup, the Plus model comes with a 12-megapixel sensor. However, the latter also has what Motorola is calling “Dual Autofocus Pixels”. That means it uses 10 times more pixels on the sensor to focus on subjects up to 60% faster than the Moto G4 Plus. That’s backed up by a large f/1.7 aperture and bigger pixels, which let in more light. It’ll also shoot video in 4K, while the G5 is limited to Full HD video.

Moto G5 vs Moto G5 Plus OS: Which phone has better software?

Both phones run on Google’s latest Android 7.0 Nougat software, which brings numerous upgrades and new features to the OS. Among them are multi-window multi-tasking, a new Doze function, revised notifications, and Vulkan support for super-charged gaming power. It’s a great update to the Android series, retaining all the best things about the OS and adding some genuinely useful new features. For a full breakdown of features, check out our comprehensive Android 7.0 Nougat guide. 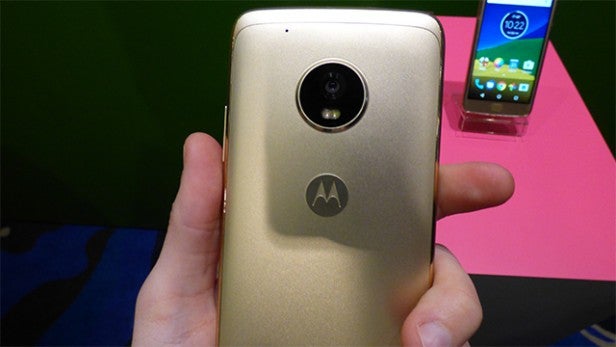 Of course, one of the main benefits of picking up a Moto G phone is the fact you’ll be getting a stock version of Android. Motorola has refrained from tinkering with the OS too much, and it’s paid off. Getting an untouched version of Andoid is a rarity these days, and it’s great to see it return once again on both these new handsets.

Moto G5 vs Moto G5 Plus Price: Which phone is better value for money?

You’re paying for a more powerful hard drive, a more capable camera, more storage, and a larger screen. Whether you’ll think it’s better value is really down to what you want from your phone, but Motorola has certainly added a lot more to the Plus model than a fingerprint scanner and upgraded camera this time around. 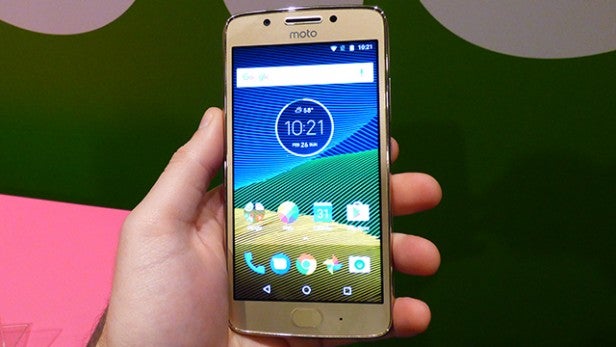 Should you get the Moto G5 vs Moto G5 Plus?

If you’re weighing up your options, here’s our advice about which phone you should buy.

If you want the best possible hardware, go for the G5 Plus. The larger model is clearly the superior phone. It has a better processor, a larger screen, and a more capable camera.

If you’re looking to spend the least amount possible, the G5 is your phone. It’s been the best mid-range handset available for some time, and while the G5 Plus is a better phone, it will cost you more. The G5 is a lot of phone for your money, and looks set to continue Motorola’s winning streak in the budget phone market.

Consider the alternatives before purchasing either phone. If you’re not too worried about cost, other phones such as the OnePlus 3T, might be more suitable. OnePlus has made its name providing top-end hardware at affordable prices, and the 3T comes with powerful internals for just £399.

Moto G5 vs Moto G5 Plus Summary: What’s the difference?

Design: The main difference here is the larger screen on the G5 Plus. You’ll find a 5.2-inch display on the larger phone, whereas the G5 comes with a 5-inch offering. Other than that, both phones come with a new all-metal design, which adds a premium feel to these budget devices.

Specs: The G5 Plus takes this one. It’s got a faster processor and a better camera. The G5 wont’ disappoint for the price, but the Plus comes with some significant upgrades.

Price: The G5 is £169 while the G5 Plus comes in at £259. You’ll pay nearly £100 more for the Plus model, but if you’re looking for more capable hardware it shouldn’t disappoint.

Value: Both these phones offer great value for money. Motorola has consistently provided solid handsets at affordable prices, and it looks like this year will be no different. If you want the extra features, the G5 Plus is great value. If you don’t the same is true of the G5.