The Moto G Pro is a stellar value smartphone that offers users great specs, an S Pen-like stylus and the security of Google's Android One. You'll struggle to find a better affordable phone at the moment.

The Moto G Pro is Motorola’s latest entry into its iconic affordable phone range. Like the Gs before it, the Pro aims to offer buyers specs and features traditionally seen on significantly pricier handsets.

What separates the Pro from the Moto G8 Plus and Moto G8 Power, is the inclusion of a Galaxy Note-like Stylus and addition of Android One software.

This, plus a solid specs sheet – considering its affordable price – make the Moto G Pro one of the best value smartphones available at the moment.

The only downside is that with Qualcomm’s entry level 5G chips now out, its time in the sun could be very short as it’s highly likely we’ll see a fresh wave of affordable phones with the next-gen connectivity appear in the very near future. 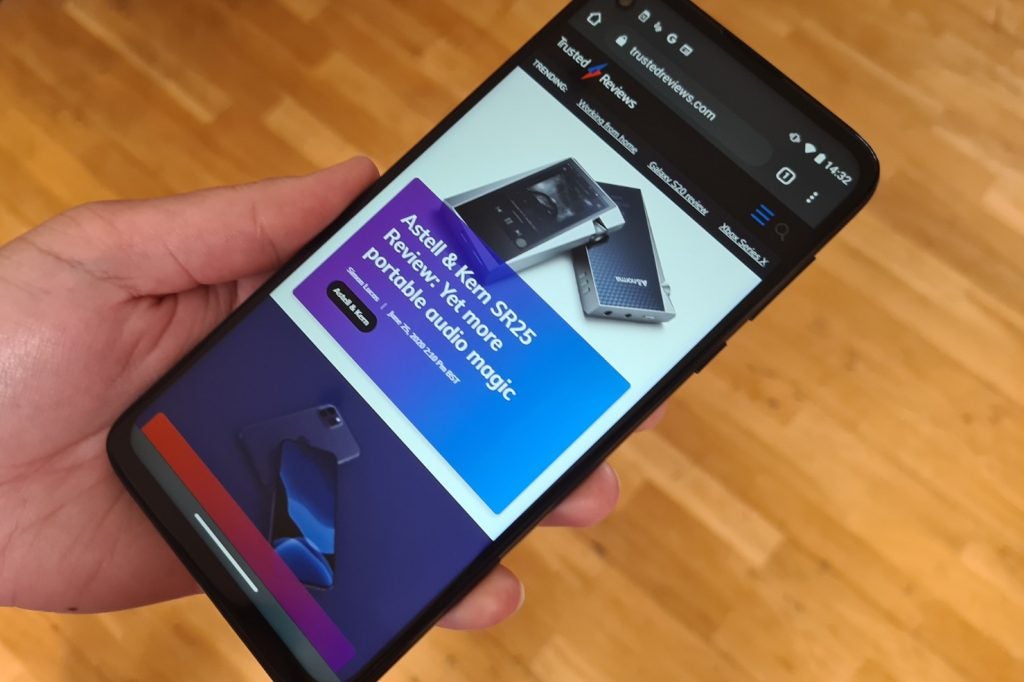 Design – The Moto G Pro has a NOTE-worthy look

The Moto G Pro looks a lot like pretty much every other Moto G we’ve reviewed over the last couple of years. Specifically, it has a slightly shiny plastic back, which houses the phone’s rear facing triple-camera and fingerprint reader. The addition of a fingerprint scanner is a little retro by flagship standards, where in-screen is the vogue, but that’s the only thing that marks the Moto G Pro as affordable from the outside.

Measuring in at 158.55 × 75.8 × 9.2 mm the phone is suitably slim and noticeably thinner than many of the competing affordable phones I’ve tested. Coupled with the phone’s 192g weight, the dimensions and slight curvature make the Pro suitably comfortable to hold. The only downside is that the shiny back can become slippery to hold in damp conditions and is an outright dust magnet.

This isn’t too big of a deal as the lack of a formal IP water resistance rating means you’ll want to avoid using it in moist conditions from the get-go. Having accidentally spilled a glass of wine on my review unit I can also attest that Motorola’s “water repellent” description is accurate, as the Pro kept merrily running after a quick mop-up. Build quality is otherwise excellent and an included case adds a further layer of drop protection for particularly accident prone users.

Flipping the phone over, you’ll also notice it has a hole-punch front camera housing that’s similar to the one you’ll find on Samsung’s Galaxy S20 line. Look at the phone’s bottom and you’ll spot its most unique feature – a dockable S Pen-like stylus. The pen sits in a dock next to the Moto G Pro’s USB C charge port and 3.5mm headphone jack. The stylus on paper works the same way as the S Pen and lets you take physical notes on the phone.

Performance – Solid specs and great software for the price

Under the hood Motorola’s also made a few subtle upgrades to the Pro, the biggest addition being NFC connectivity. Though this is common on higher-end phones, the connectivity is still not guaranteed in the budget end of the market. This makes the Pro a great choice for people that regularly use G-Pay when shopping.

Outside of this, the specs are competitive for a phone with the Moto G Pro’s asking price, but not groundbreaking.

The phone features a 6.4-inch, FHD+ resolution (2300 x 1080), IPS display with a 19.17:9 aspect ratio. The use of an IPS panel is fairly common on a phone this price, and means blacks aren’t anywhere near as deep as those found on more expensive handsets, which favour OLED technology.

But, it’s still pretty darned good considering the price. The size makes the phone more than big enough for web browsing, gaming and watching videos. The resolution also ensures that text and icons are sharp enough. Colours are a little warm for my liking out of the box, but not to the point it’s an actual annoyance. The only serious compromises you’ll find are that it doesn’t feature any form of HDR support and has a basic 60Hz refresh rate. But at this price, what do you expect?

The stylus, for the most part, works great. Pop the pen out of the phone’s bottom and an icon will appear with shortcuts to useful services like sketch, screen grab and Moto Memos. The pen feels fairly accurate and works great for quick notes. But there are a few compromises. For starters it doesn’t feature as many pressure sensitivity levels as the S Pen. Palm detection is also lacking, making it a little too easy to accidentally enact commands when writing. But considering the phone’s price these omissions are forgivable.

The memo’s service is also one of the only additions Motorola has made to the phone’s Android software. Like most Motorola phones, the Moto G Pro’s clean Android install is a key selling point you won’t find on competing affordable phones from the likes of Huawei, Honor and Xiaomi. Being part of the Android One programme means the OS is pretty much left exactly as Google intended it. There’s no bloatware, duplicate applications or pointless UI changes to be found on the Moto G Pro. But more importantly, the Android One label means the G Pro will be updated to the next version of Android, a guarantee you won’t get with most affordable phones.

The clean install also helps the phone get the most out of its Snapdragon 665 CPU. Paired with 4GB of RAM this puts the phone ahead of some Mediatek powered rivals, like the Xiaomi Redmi Note 9. But the phone is still far from being a powerhouse.

General scrolling and web browsing is smooth enough, though on occasion you will notice a minor delay navigating between menus. The phone’s also fast enough to play most games, though don’t expect Asphalt, PUBG and CoD Mobile to run at max graphical settings. My real world findings were reflected in its synthetic benchmark scores.

The only serious downside to the chipset relates to timing. Qualcomm’s just unveiled a new generation of 6-series Snapdragon chips featuring advanced 5G connectivity. This means we will likely see a new wave of 5G-capable affordable phones in the not too distant future, a factor that severely hinders the Pro’s long-term future as a best in class affordable phone. 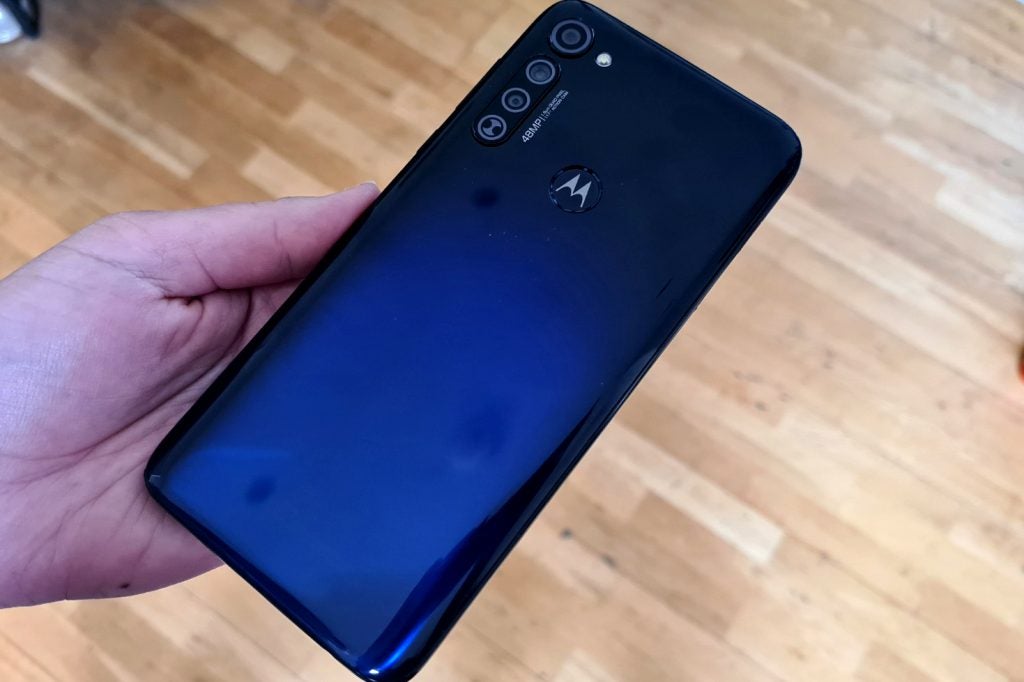 The Moto G Pro uses the same 48-megapixel main camera lens as the Redmi Note 9, and pretty much every other phone to hit stores this year. It’s paired with basic macro and 117 degree ultra-wide secondary and tertiary lenses.

For performance using the out of the box main lens auto mode, which captures 12-megapixel shots, the G Pro takes good photos for a phone at its price. The laser autofocus is nippy and ensures you’re never waiting too long between pressing the on screen shutter button and the image being captured. In regular light images are suitably clean and aren’t overprocessed.

But, like all phones this price, low light performance is a mixed bag, even when using the dedicated night mode. The G Pro can take usable photos in low light. But their quality doesn’t match even moderately more expensive handsets. In dim conditions light sources are over-exposed and on occasion noise does creep in. However, this is an issue on all sub-£300 and you won’t find a better main camera on a phone at this price.

The only serious downside is that Motorola hasn’t set the phone up to take advantage of ultra-wide. Despite having the ultra-wide, there’s no dedicated single shot wide-angle option in the camera app, which is a pain.

You can see a selection of photos taken on the Moto G Pro below. 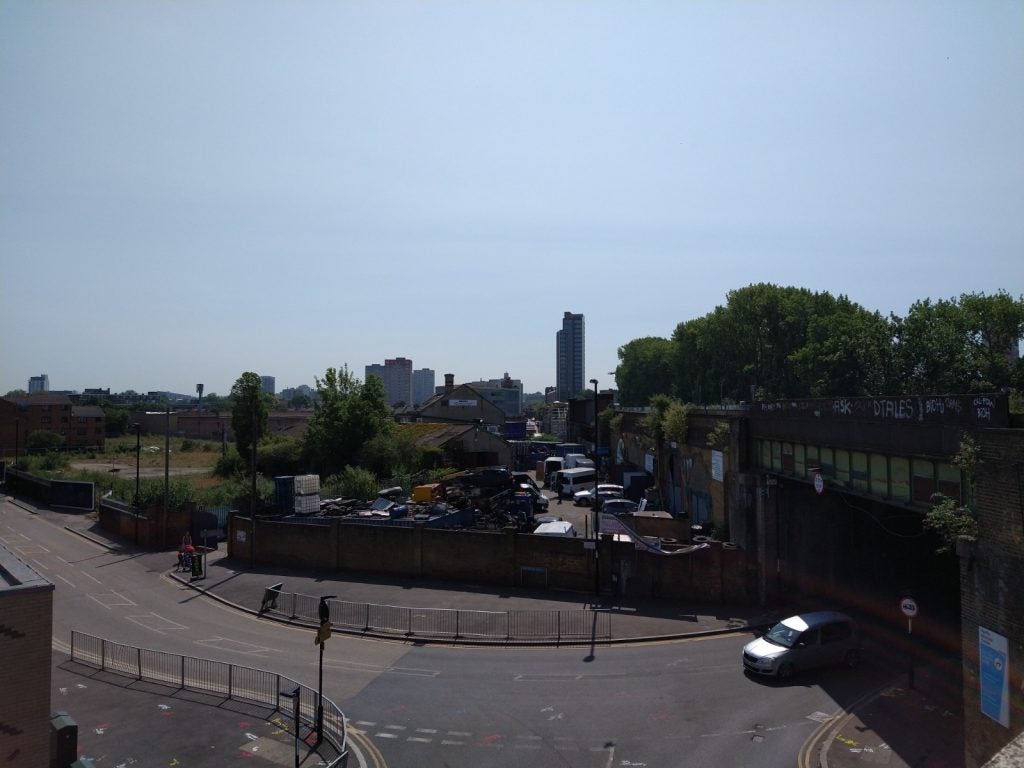 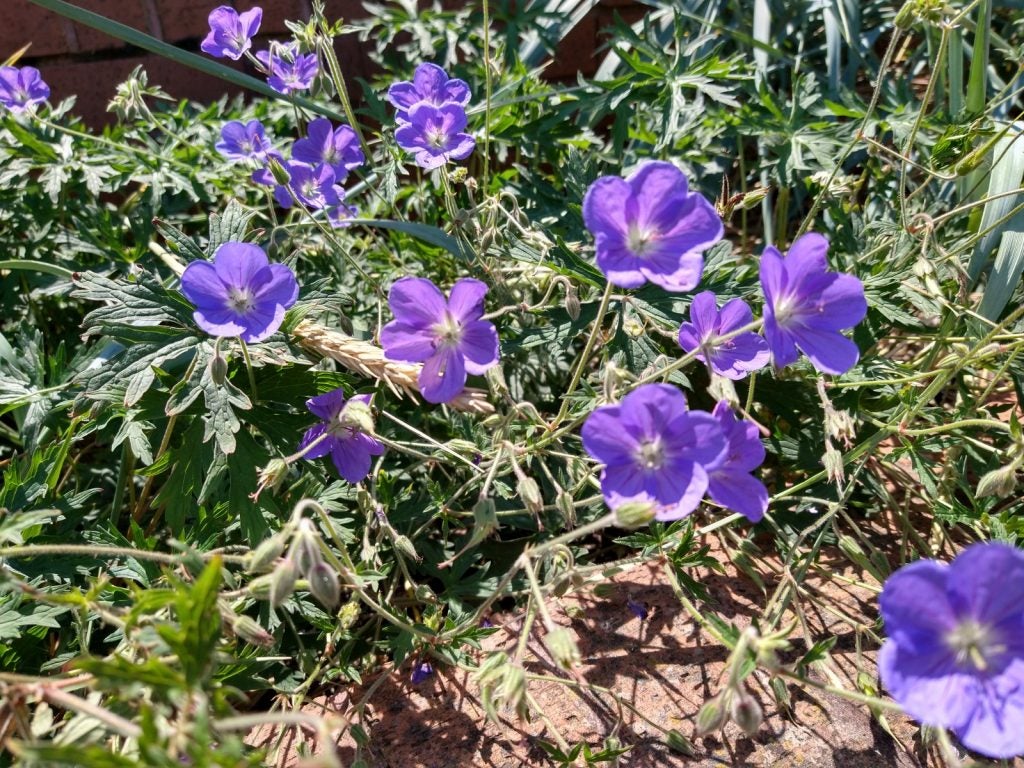 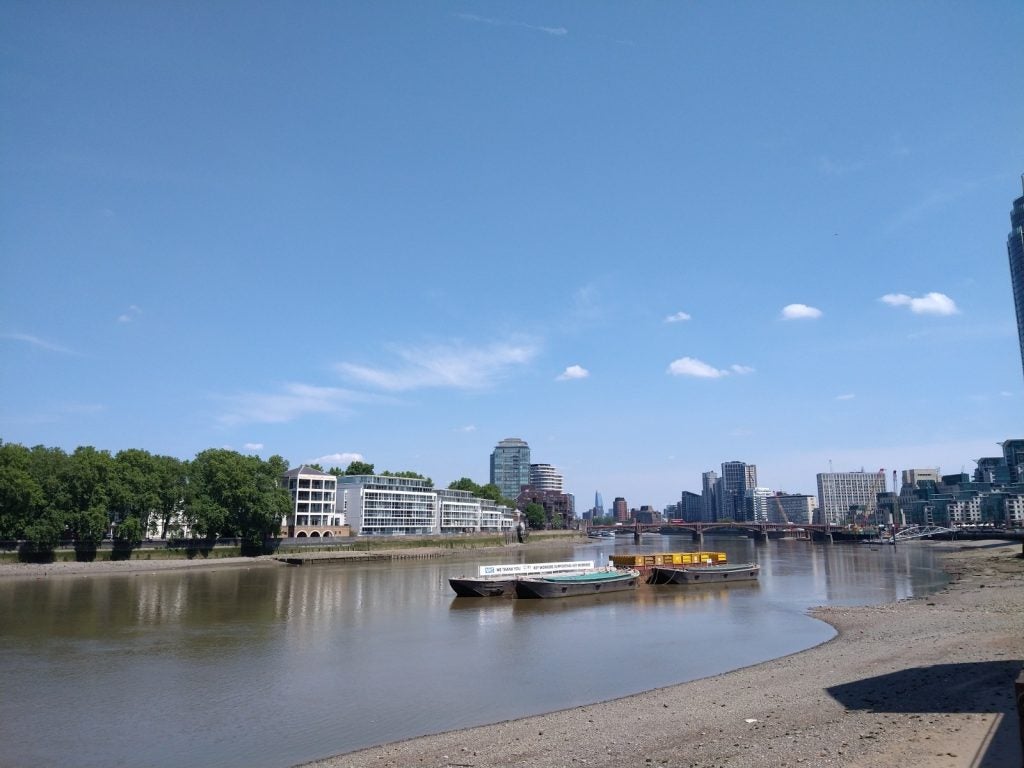 Battery life – More than a day, less than two

The Moto G Pro is powered by a 4000mAh battery and supports 15 W TurboPower charging. This means it’s distinctly in the middle of the pack when it comes to capacity and charge speeds. With real world use this is also the case. Using the Moto G Pro as my main work and personal phone I generally managed to get a day and half’s use out of it.

A regular day entailed listening to music during my morning workout, taking and making a few calls throughout the day, regularly checking my social media and email feeds, streaming a few videos on Youtube and a half hour’s gaming on GeForce Now with the Razer Kishi before bed.

More intensive tasks do put a bigger drain on the battery, however. Looping video with the screen set to 50% brightness, the Moto G Pro lost around 10% of its charge per hour, which is fairly standard. Gaming put a much bigger dent on the phone’s battery. Playing games on the Play Store it lost around 20-25% of its charge. Streaming on Stadia and GeForce Now, it went from full to zero charge in less than three hours. These figures aren’t terrible, they’re just distinctly average. Should you buy the Moto G Pro?

If you’re on a strict budget and need a new phone this very second, then the Moto G Pro is an excellent option. The Moto G Pro is one of the best phones you’ll find for less than £300, featuring a solid main camera, decent specs, a useful stylus and a wonderfully clean Android install.

The only drawback is that with Qualcomm’s new affordable 5G chips now out, it’s not terribly future proof and you’ll likely want to upgrade again in less than a year when the new connectivity becomes more standard.