With its big screen, big pixel-count, and large battery the Redmi Note 9 will likely scratch your flagship itch on a budget. Sure, it won't stack up to pricier smartphones in terms of design, camera zoom, low light imaging, or power, but for the price, it's still a winner, despite a few UI gremlins.

The Xiaomi Redmi  Note 9 is one of the brand’s latest budget smartphones, but is it as good as the tough competition?

There are plenty of decent phones that cost between £179 and £220, not least of all the Xiaomi made Redmi Note 8T, 2019’s sensational budget champion. Since Redmi launched the 8T, however, Honor has launched the Honor 9X, and Motorola’s entire Moto G8-family has dropped across price points.

Halfway through 2020 and Xiaomi hopes to claw back its budget crown with the Redmi Note 9, a £200 quad-camera smartphone with a big screen, big battery, and big pixel-count. MediaTek internals and plastic build highlight how Xiaomi keeps costs down, but do these factors hold it back from being excellent for the price?

If you want a big-screened smartphone on a budget, the Redmi Note 9 could well fit the bill. At an ample 6.53-inches, it’s larger than the 6.46-inch-screened iPhone 11 Pro Max.

The phone’s design takes cues from Huawei’s Mate 20-series, swapping out the premium trimmings for plastic, and for the price, it looks good. It is a touch chunkier and clunkier than similarly priced phones from Motorola and Oppo, though.

The USB-C port at the bottom is bookended by a mono speaker and a headphone jack. All the buttons are on the right, and there’s an IR blaster at the top – something you seldom see at this price.

In-hand, as big as the phone is, its curved back helps it nuzzle into palms comfortably, and it’s also well-weighted. The fingerprint scanner around the back is well-positioned and quick to unlock.

While the screen is protected by both Gorilla Glass 5 and a pre-fitted screen protector, the back is plastic; notoriously less crackable than glass, but more scratchable. Thankfully, Xiaomi ships a case with the Redmi Note 9, which comes complete with a USB port cover. 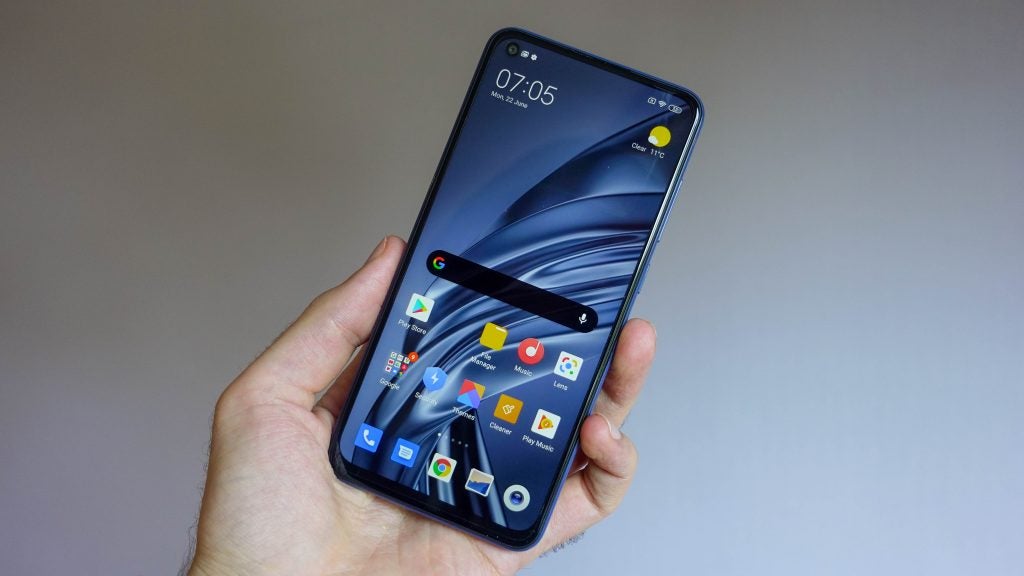 As for the screen, at 6.53 inches and clocking in at wide 1080p resolution, the Note 9 is sharp – beating out the 720p Moto G8, and the LCD tech pulls through for the most part.

Maximum brightness isn’t anywhere near flagship-grade, so in the brightest conditions, you might struggle. Naturally, compared to OLEDs, the screen’s a touch washed out, but given its price, viewing angles, vibrancy, and the overall experience are respectable.

Performance and software – Redmi Note 9 has respectable power for the price, but unavoidable bloatware holds it back

Running with a MediaTek Helio G85, the Redmi Note 9 is anything but a powerhouse. We are reviewing the 4GB/128GB version, and benchmark results are predictably middling.

The Note 9 achieved a Geekbench 5 multi-core score of 1310, matching the kind of power you’d get from a 2016/2017 flagship. Interestingly, last year’s Note 8T benchmarks slightly better, so if you have one and are after a speed bump then this won’t be it.

In real-world use, however, the Note 9 delivers respectable performance given the price and additional specs on offer. There are occasional judders, both throughout the UI and when 3D gaming.

That said, the Note 9 was up to the task of running everything we wanted to play, from 2D titles like Valkyrie profile through to 3D games like Asphalt 9 and Disney Arena, even if it wasn’t always silky smooth.

Photos are quick to take and working across multiple apps and even split-screening was smooth most of the time. 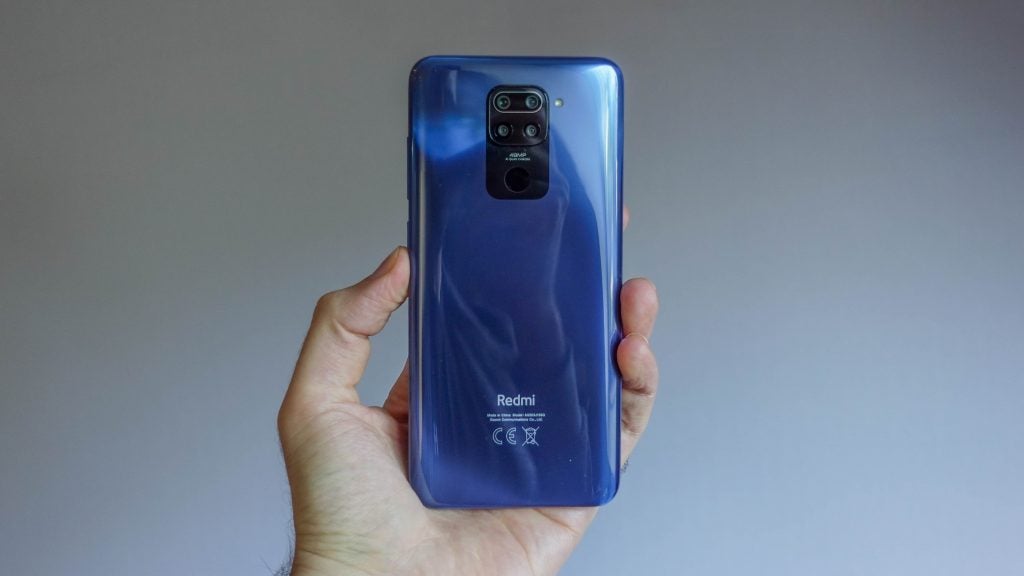 That being said, Xiaomi’s software is still a compromise on one too many levels. Despite being stable, with excellent app support thanks to Google Play Store access, occasional gremlins pop up.

For starters, MIUI doesn’t give users the option of loading up an apps tray which will turn some off. Additionally, when installing an app, MIUI scans it for viruses (great) but you’re served an advert while the scan takes place, which is a gross user experience.

You can disable this  – but it’s a bit of a faff. Add to the mix the fact the phone we reviewed included around ten third-party apps worth of bloatware, and despite the great value on offer here, the Redmi Note 9 is held back from compromise-free excellence.

Camera – Avoid the macro camera and you’ll be laughing

With an identical camera set-up to that of the Redmi Note 8T, the Note 9 impresses with a wide and ultra-wide combo. Instead of the telephoto camera you’ll see on higher-end smartphones, you get a macro camera and a depth sensor complementing the main sharpshooters.

The primary camera packs a generous 48MP pixel count combined with an f/1.8, 26mm wide-angle lens. Meanwhile, the 8MP ultra-wide features a 118-degree field-of-view, and an f/2.2 lens. Both of these perform well when it comes to clarity, grabbing sharp pictures that look good in well-lit conditions.

The inclusion of a night mode means even shots taken in middling light can look decent, though dark scenes which phones like the Huawei P40 Pro Plus, iPhone 11 Pro and Pixel 4 could handle are too tall an order for the Redmi Note 9.

Shots are taken at 12MP by default, and there’s a 48MP mode, along with a range of standard shooting modes, including 120fps slow motion, short video, portrait, panorama and pro mode. The main camera captures video at 1080p resolution – inferior to the 4K video captured by last year’s Note 8T, but footage is well stabilised, and looks clean when the light is right.

As for the macro camera, it has a few white balance issues and captures low resolution, 2MP images loaded up with image noise, so it’s best avoided. Meanwhile, the 13MP selfie camera does a perfectly decent job for the price, even in backlit conditions.

Check out the sample shots below: 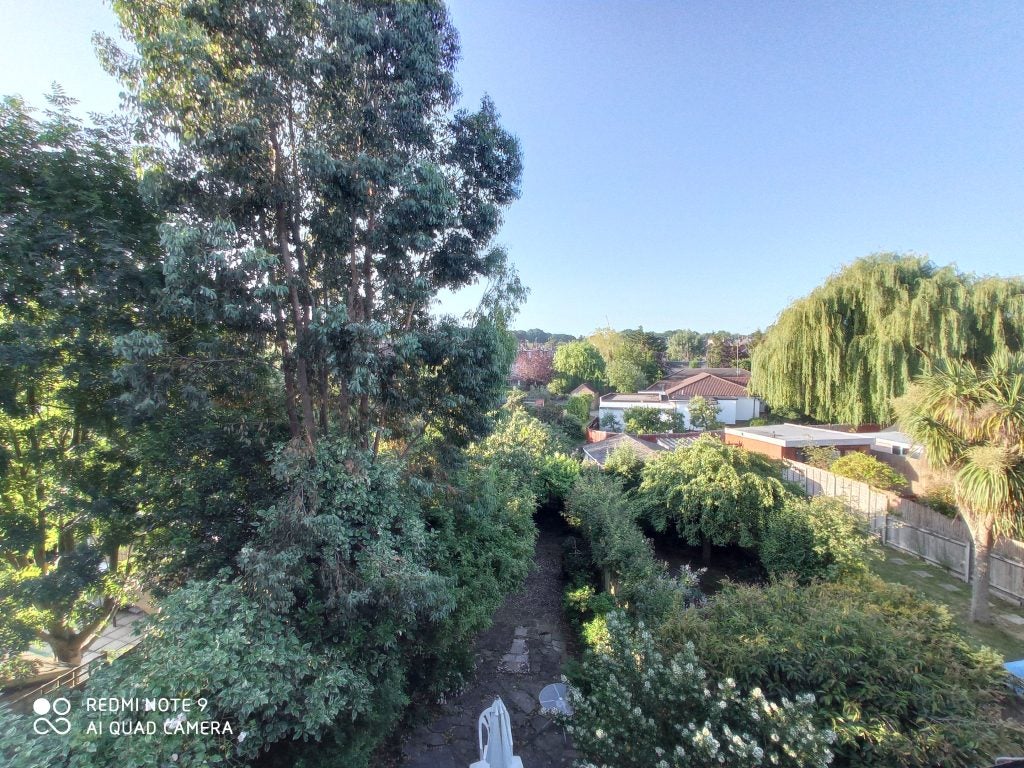 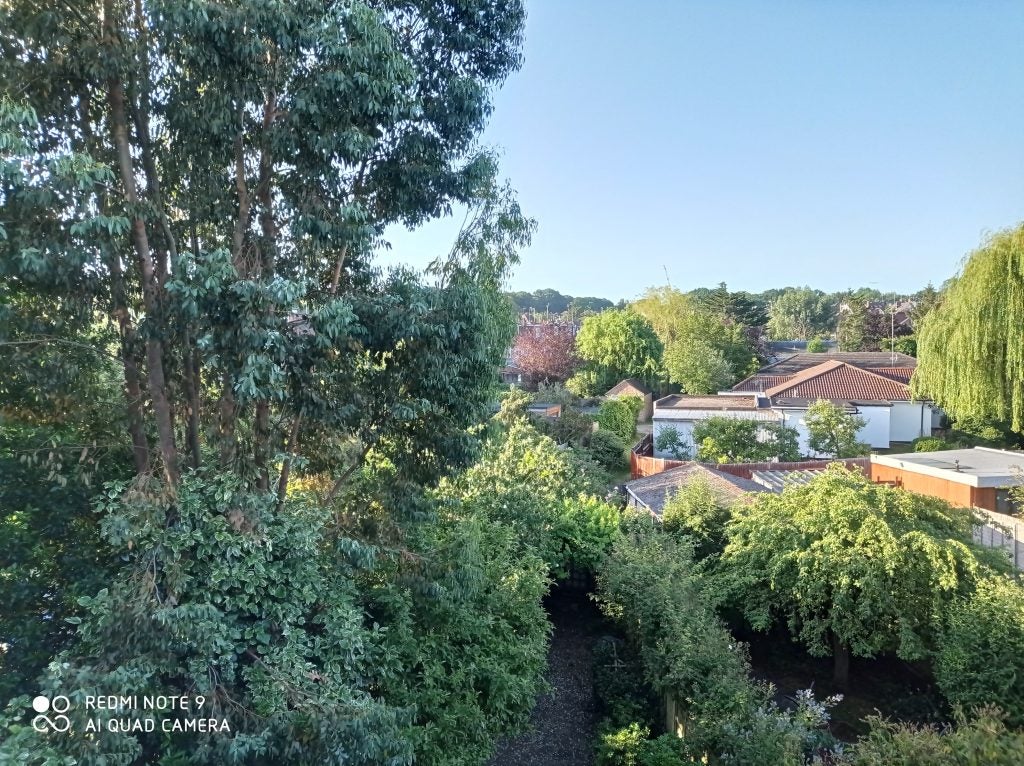 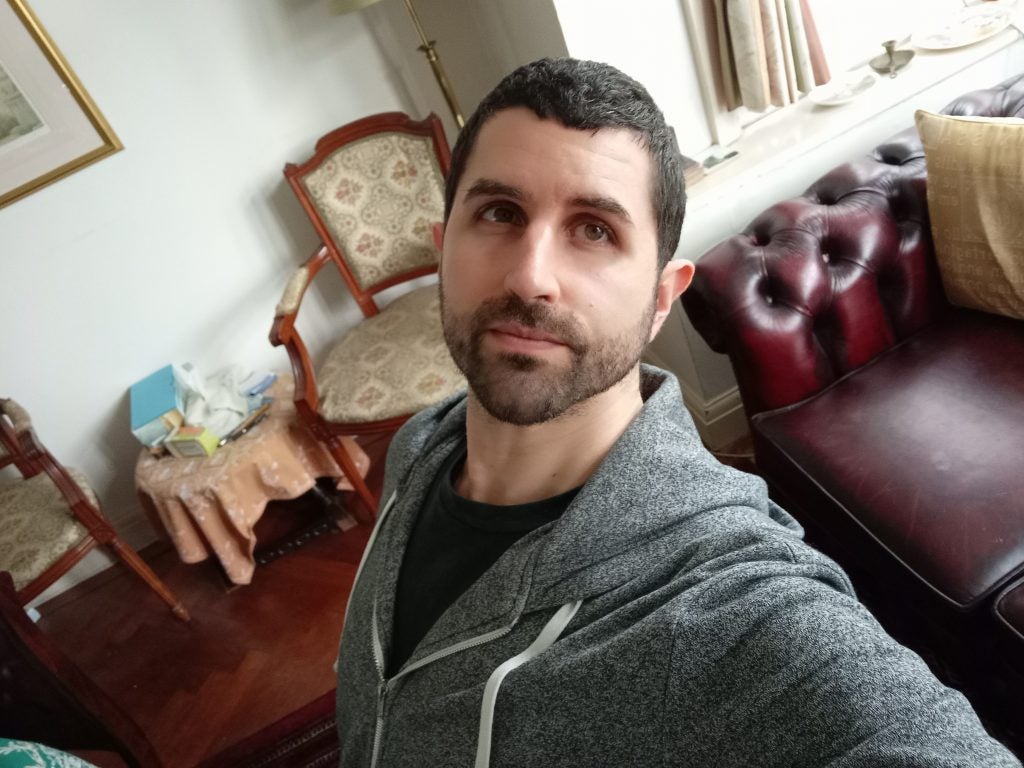 With a massive 5020mAh battery, it’s little wonder that the Note 9 powers through a full day without any issues.

Despite its big screen, screen-on time is impressive, with 10 minutes of streaming video at full brightness dropping the battery by only 2%, and a full hour draining it by 10%. This means even if you’re planning on getting through a few episodes, WiFi hot-spotting and gaming when out and about, the Note 9 will be more than up to the task. 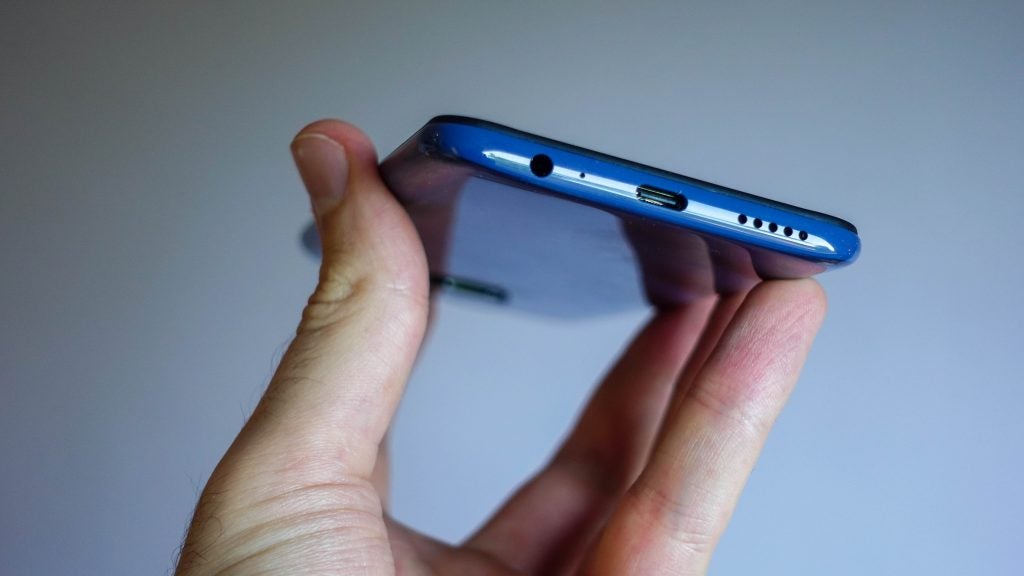 Xiaomi’s latest budget phone also charges quickly for a phone of its price, with an 18W charger shipping in the box.

In terms of connections and storage, the Note 9’s very well specced, with up to 128GB inside and a card slot, not to mention NFC, a responsive fingerprint scanner at the back and an IR blaster up top, so the phone doubles up as a TV remote control.

Should you buy the Xiaomi Redmi Note 9?

The Redmi Note 9 delivers, even if it imperfections. The huge screen, masses of storage, high-resolution camera system and fast charging do enough to make it stand out at its price for the right reasons.

It isn’t quite the value shake-up that last year’s Redmi Note 8T was, but it’s still a great shout, especially for anyone who values excellent battery life and across-the-board value for money.