What is the Moto E3?

For the past few years I’ve staunchly recommended Moto phones to anyone looking for a budget device. The Moto G line has frequently come close to tempting me away from flagship phones altogether, and the initial iterations of the Moto E were even more affordable. They’re the phones I’d have told my grandparents to buy; the phone I’d suggest buying for a kid as their first smartphone.

But the Moto E3 isn’t such an easy sell. In many ways, it still punches above its £89 price, but unlike its predecessors, it doesn’t quite feel like an all-rounder.

Although swatches of metal or blingy accents are lacking, the Moto E3 remains a good-looking phone. It feels familiar, safe and durable; without being ugly. 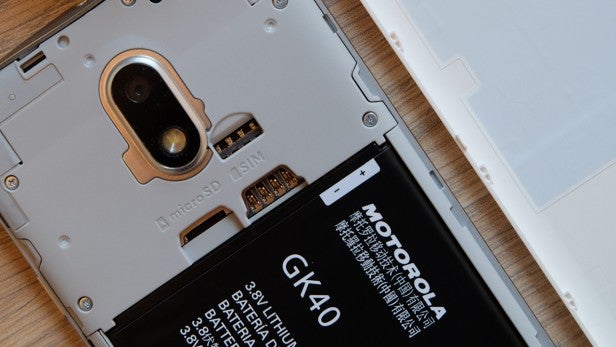 Moto has kept hold of the basic design, even through its sale to Lenovo, and I like it even though it’s starting to feel a little stale. When you consider that brands such as Xiaomi, Meizu and ZTE are starting to ship sub-£100 phones made out of metal, it feels as though Moto and Lenovo could do more.

Still, the matte plastic body is far more attractive than the Samsung phones of 2013, with a slight texture making the handset easy to hold.

The rim might look slightly metallic, but again, it’s plastic. The rear of the phone pops off easily, providing easy access to the SIM, SD card and battery, without the need for a tool. 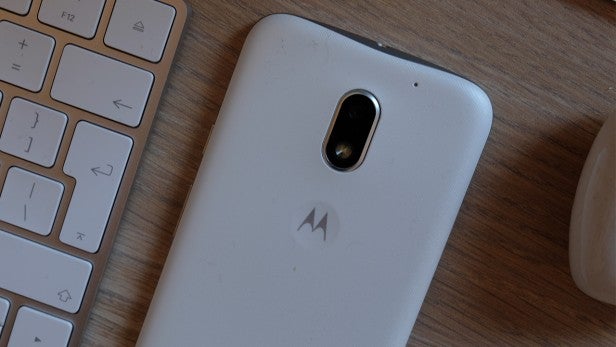 My main issue with the Moto G4 was its size, and I think the smaller footprint of the E3 suits the affordable market better. The 5-inch screen makes for a manageable phone that can be used easily in one hand. It’s slim, light and easy to slip in your pocket.

The plastic design does come with the benefit of splash-resistance. This isn’t waterproofing to the level of an iPhone 7 or Samsung Galaxy S7, but it should survive a few splashes of rain or minor contact with water without causing any issues.

One area where the Moto E3 really delivers beyond its price is with the display. The 720p panel used here might not appear anything special, but it’s a huge improvement over the sub-par 960 x 540 resolution screen in the previous Moto E.

Of course, you’ll be able to spot pixels if you hunt – but you won’t be troubled. Icons are sharp, pictures smooth, and there isn’t a whole world of difference between the 720p screen here and that on the Sony Xperia XA – which retails for about triple the price. 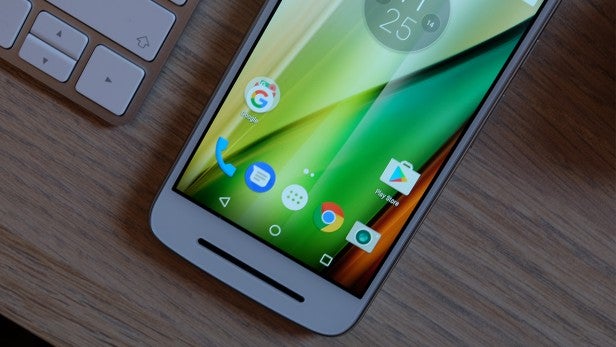 The display is bright, colourful and the use of an IPS LCD panel ensures strong viewing angles too. If you’re used to pricier phones then you’ll certainly notice how recessed the actual panel seems below the Gorilla Glass 3 topping, but this doesn’t really affect use.

It’s a responsive screen, with no touch lag when you press the screen; unusual for a sub-£100 handset.