A brutal vision of the future, Metro Exodus is a worthy reimagining of the subterranean shooter that brings it blinking into the light of modern gaming with fluid gunplay and a gorgeous open world.

“They that sow the wind, shall reap the whirlwind” is the – admittedly pretentious – proverb, an idiom that explains that people will come to suffer the consequences of their actions. In Metro Exodus, the latest FPS game to be based on Dmitry Glukhovsky’s post apocalyptic Metro novels, player character Artyom can, depending on your playstyle, come to embody the whirlwind, an engine of vengeance that brings some sort of consequence to those above the surface.

Artyom has been hiding along with what he believed were all the survivors globally of the war in Moscow’s Metro tunnels for the two previous iterations in the series. This continues that narrative, but don’t worry if you haven’t played those games, I could barely remember the story and the game quickly cuts you away from that and puts you above ground.

Soon after you emerge, blinking and confused into a world full of life, Artyom comes upon a church of fervent believers, who pretend to be friendly but quickly turn on Artyom, trapping him in part of the building and moving rapidly to apprehend him. 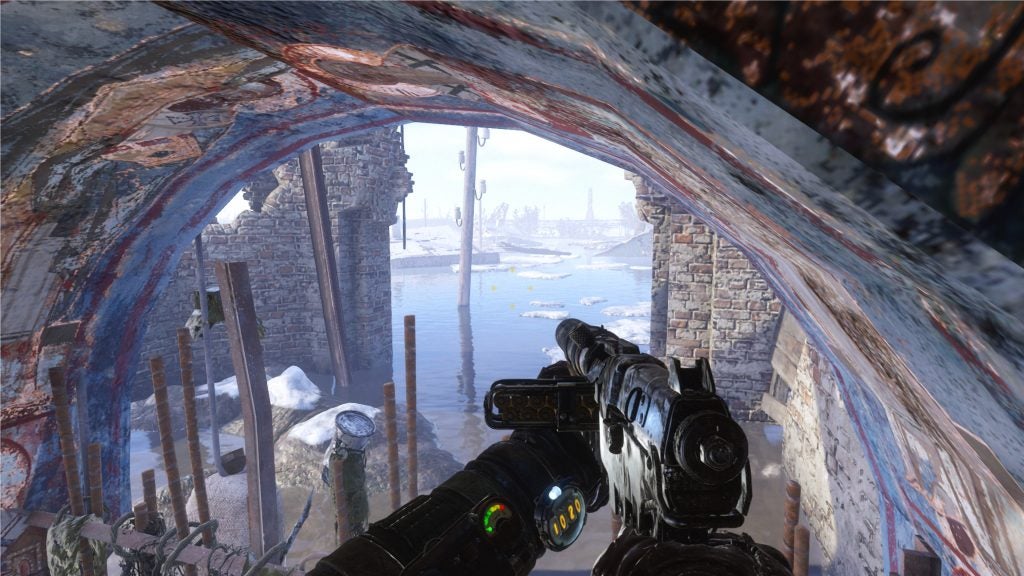 Step into the light – Exodus changes up the established order of things by giving you a big open world to explore and get killed in.

The church is floating in radioactive waters, Artyom, who has spent most of his life underground, hasn’t learnt to swim. This presents you with a grim choice. You can try to sneak through the area without injuring any of the religious fanatics closing on your position, or you can shoot, stab and carve your way through the church like Batman with a grump on, brawling your way to the escape boat.

I chose the latter, and figured Artyom would too: life in the sludgy darkness of the Metro tunnels can toughen a person up, and life is cheap here, with just a couple of bullets enough to kill any human.

Still, break cover and get to killing, and your enemies react in a couple of ways: first they track you down and start firing at you, intelligently using cover to try and smoke you out of cover and bring you down. This feels familiar to me. It’s what I expect from a video game. What I didn’t expect is the call to put down their weapons, the panic stricken voice urging your assailants to surrender in the hope that I would spare their women and children from the same fate that had already become most of the combatants.

There’s no doubt that these people were unpleasant. They had clearly killed other interlopers before, and they were armed and ready to bring violence down upon me, but Artyom – with me at the controls – was their own personal nightmare, and suddenly opponents that I’d put down without a second thought were throwing themselves at me and begging for mercy, which did enough of a job of humanising them that I found myself unable to polish them off, even though I had means, motive and opportunity.

I did hit the wrong button and hit one with a non-lethal takedown, however. But hey, at least he’s alive, right? 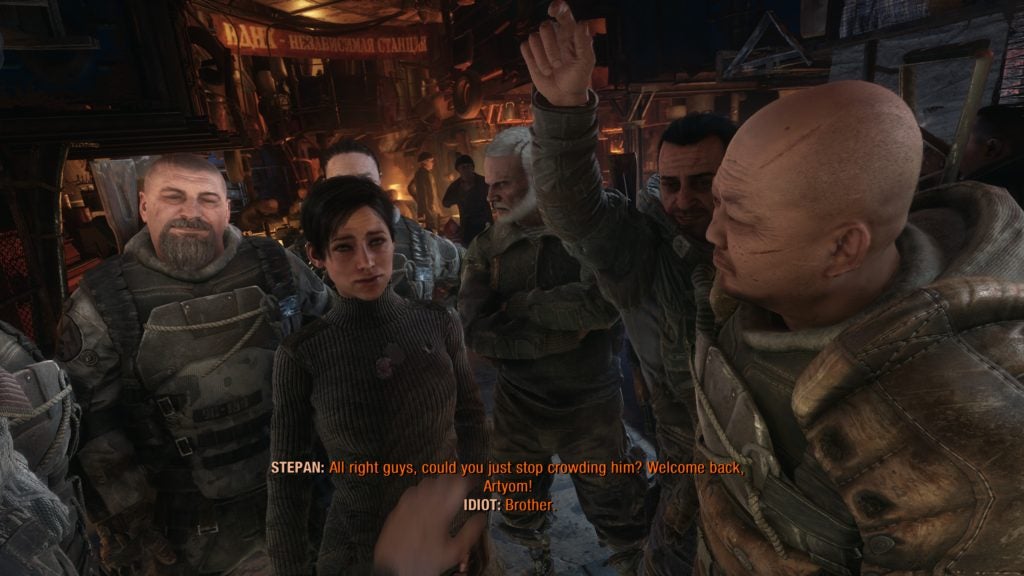 Not everyone in Metro Exodus wants to kill you. All these dudes want to do is party like it’s 2033.

Metro Exodus is as cruel a world as the previous games in the series, and while the game is very bleak for a lot of its runtime, there are cracks of light from Artyom, his comrades in quasi-military outfit The Order, and the way all of these characters search for humanity in a world that has very little left to spare.

The game mirrors this tone by mechanically adding brutality to the mix too. You’ll play Metro Exodus slowly, creeping forwards to try and retain as many supplies as possible as you try to beat other humans, mutants and freakishly misshapen animals. They die fast, a few well aimed shots often enough to see off any threat. However, this is true for your character too, and it’s easy to approach a situation confidently, get caught off guard and taken out.

Even when the fight goes well, each battle exhausts a series of finite supplies: every second wearing your gas mask burns through filters, every bullet fired makes your weapon dirty, degrading it and trashing the gun’s effectiveness until you can get to a workbench to fix it up. Bullets are, while more common than in previous games in the series, still pretty sparse. Winning a fight could be the same as losing a fight if you stagger into another with only a few curse words and a busted up gun to defend yourself with. 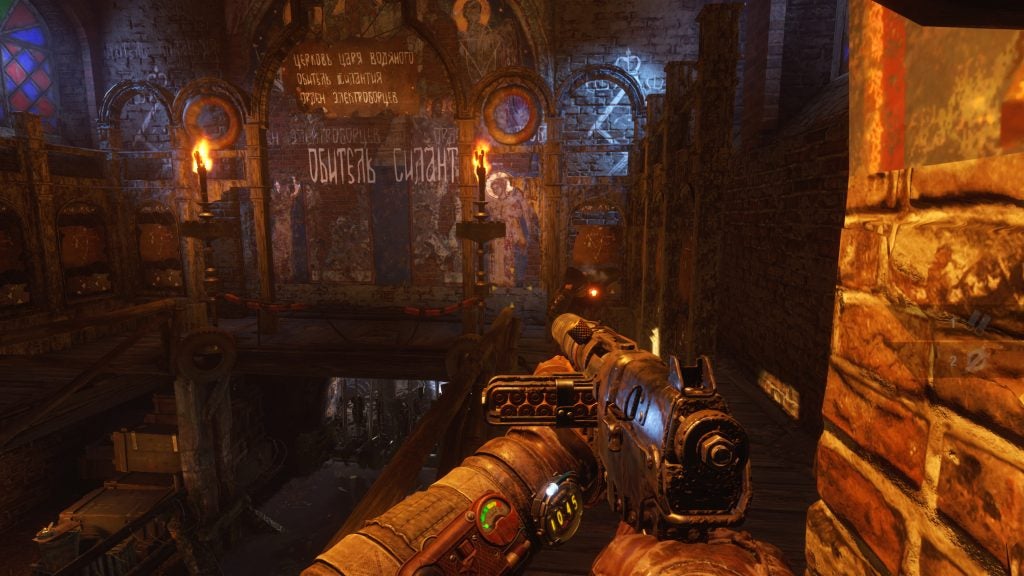 Aesthetically, the world of Metro offers a different, Russocentric apocalyptic setting which differs from, say, the chipper 1950s Atomic Age stylings of Fallout 4

At times I questioned whether Metro Exodus was even trying to be fun, and I’ve concluded that while it often is a lot of fun, that seems to be a side effect of a game that is relentless in its approach to showing a very Russian view of a world in conflict. Artyom isn’t necessarily the hero that the world needs, he’s just a man with a gun trying to get through a situation.

It’s a reversal of the normal big-budget shooter ideal: rather than your protagonist moulding the world around them, here the world and conflicts you encounter have a profound effect on Artyom who, as a silent protagonist, bends to your whims. If you’re affected by what you have seen, so is Artyom.

Gunplay is much sharper than previous iterations, and while the guns can be tricky to use until they ‘click’, they look the part, and have a deep set of customisation options that change not just how the gun looks, but also how it feels.

You could spec out an assault rifle to take out threats at range with a scope and long barrel, but this will be less effective up close. For that, you’ll want to mix things up with a short barrel and recoil dampener, attaching a battered laser sight so you can fire from the hip. 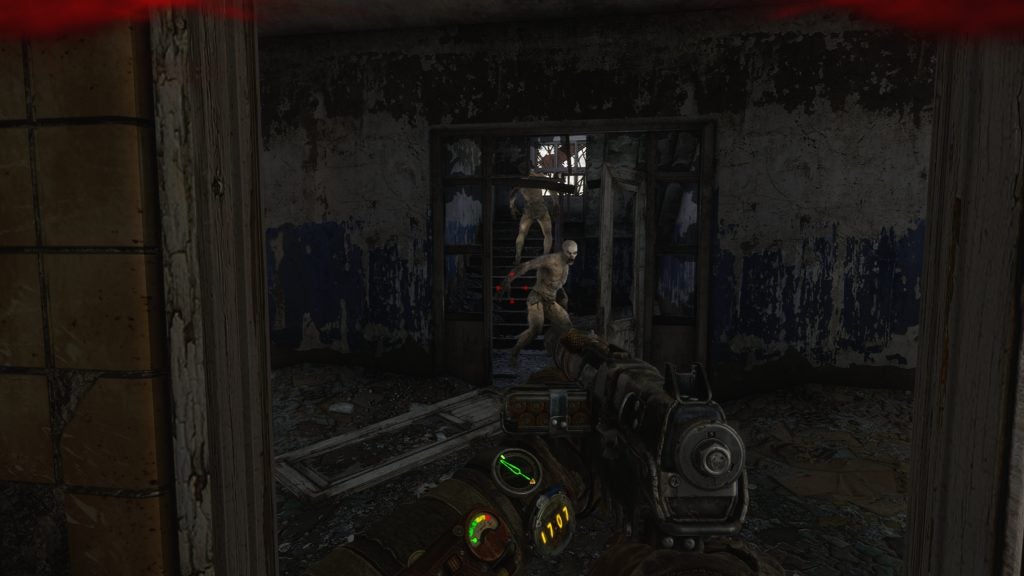 Overground, underground, shambling free, the mutants of Metro Exodus want to make good use of your corpse

You’ll feel the impact of each round, and with time you’ll come to recognise when your weapon needs a clean because it’s performing oddly. Everything looks prettier than it has before, which has caused some real annoyance to me as the assault rifle – an AK series weapon – doesn’t have a dust cover. Probably the reason it needs cleaning so often.

However, the fact that I can see this and be annoyed at it speaks volumes about the level of detail in the game. Viewing distance, at least on PC, was stellar. The big open areas let me see for a substantial distance, while up close the detritus looks superbly detailed.

Sadly, Metro Exodus‘ biggest misstep is the addition of the open world. For a series that’s built itself on panicked exploration of tunnels, it’s at its best when it embraces the creeping dread and claustrophobia the game brings. The deep rattle as your breath goes through the gas mask, or the nerves of having to take a corner with limited ammunition and no idea what could be waiting you on the other side.

The game sings when it leans into this. Creeping through dark areas, wiping the fog and dirt off of your gas mask, nervously pulling enemy corpses into the shadows: it’s here that Metro Exodus shines. Wandering around in the daytime with your mask off just doesn’t hold the same appeal, even if the title gamely tries to keep things interesting by throwing roving packs of mutants and creepy amphibians at you, but ultimately the freedom just becomes daunting, and dilutes the whole experience. 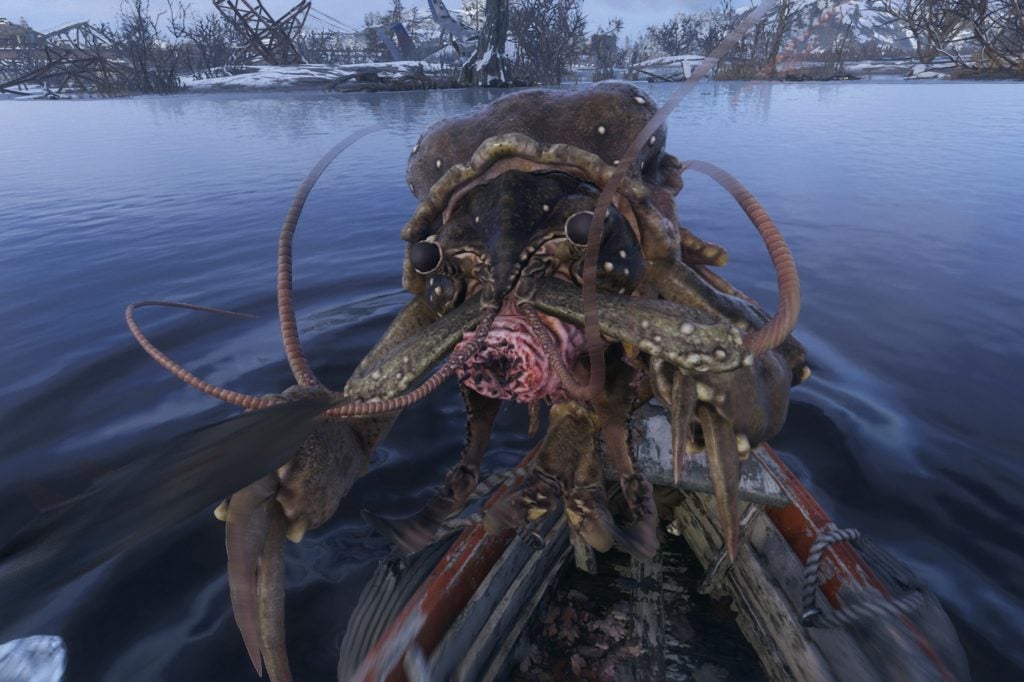 Yeah…. we’d stay away from whatever this thing is

A brutal vision of the future, Metro Exodus is a worthy reimagining of the subterranean shooter that brings it blinking into the light of modern gaming.

While the open-world can grate, the story tells a story we don’t often get to experience in our heavily westernised shooter market, and it’s worth playing just for that. Metro Exodus‘ problems are the open-world shooter genre’s problems, but the title’s wins are unique.

Metro Exodus may not be destined to become a classic, but expect a solid cult following to develop.