Marshall has improved battery life and in doing so makes the Major III Voice some of the best on-ear headphones for travelling. With tweaks to the audio and Google Assistant integration, these are an enjoyable listen.

What are the Marshall Major III Voice?

You can now press a button on one of the Major III Voice’s cups to make Google Assistant read out notifications and text messages.

Battery life is a more meaningful real-world upgrade, though, with these headphones lasting up to 60 hours between charges. You’d have to be really unlucky to turn them on and find them out of juice. 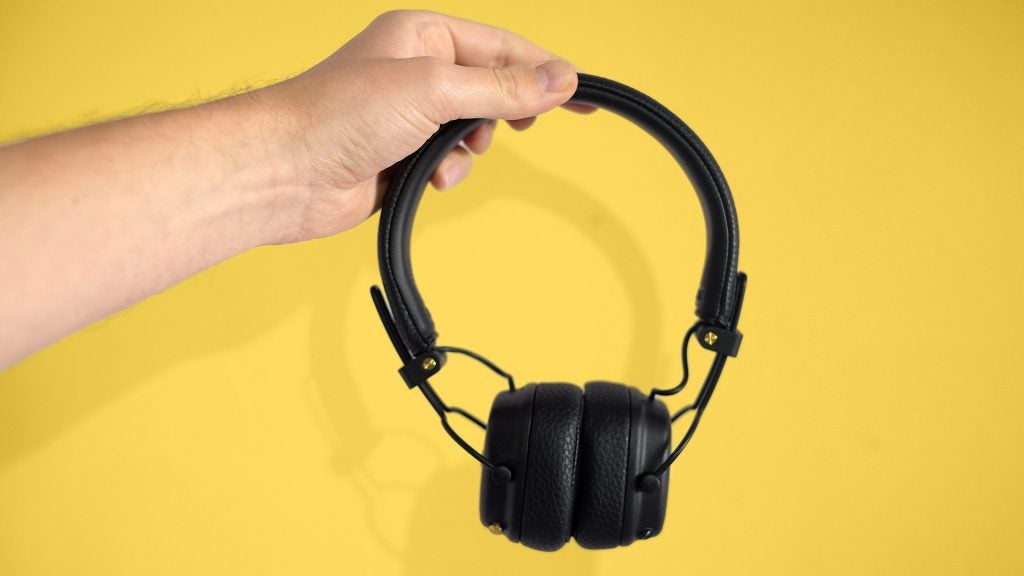 The Marshall Major III Voice are headphones made for Android phones. This presents a welcome change, when tailor-made extras are often designed for iPhones.

Pair the headphones to your phone and you’ll see an extra notification pop up, to let you connect them to your Google Assistant profile. These headphones don’t need Wi-Fi to make this work; it all happens over Bluetooth.

What does it mean in practice? Well, pressing a little button on the right cup of the Marshall Major III Voice will result in a relay of the message that just arrived on your phone. 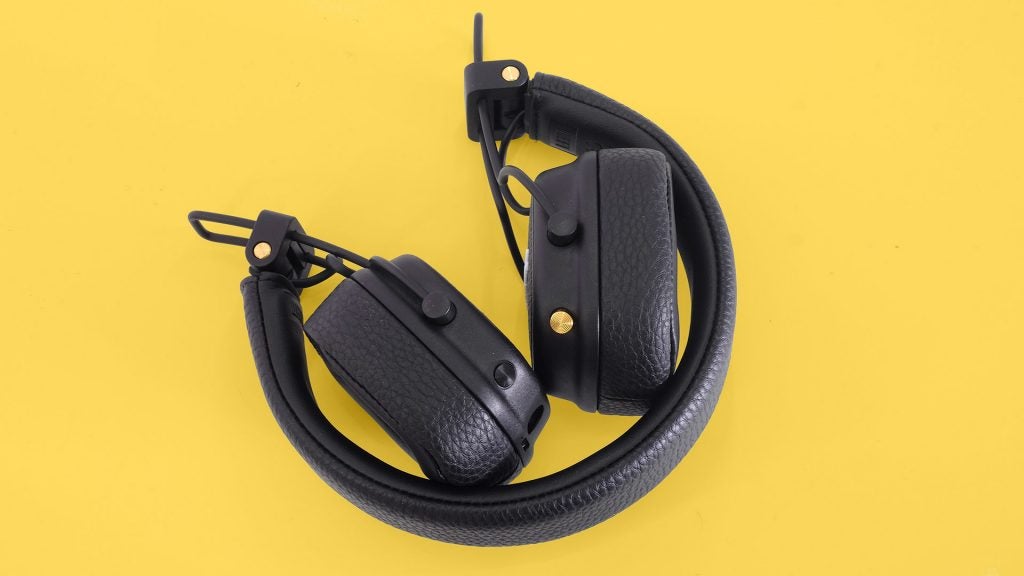 This has proved handy for checking out a message whilst out for a run half-way through the work day. I’d still rather take out my phone when simply walking about, since Google Assistant’s disembodied voice isn’t the best way to experience messages from your nearest and dearest. Nevertheless, the functionality is genuinely useful.

You can also hold down that same button to talk to your phone’s assistant using the Major’s mic.

Remove the Google Assistant button from the Marshall Major III Voice and you have a set of headphones that looks almost exactly like the regular Major III Wireless. These on-ear headphones have fairly small cups and a leather-clad look inspired by Marshall’s line of guitar gear.

Marshall is almost a decade into making headphones at this point, and its designs have been refined to a point where they don’t need to change all that much year-to-year.

All leather is of the faux variety, and while much of the frame is plastic, there are some metal highlights. Gold accents on the neckband adjuster plus the gold control knob on the left cup are aluminium. 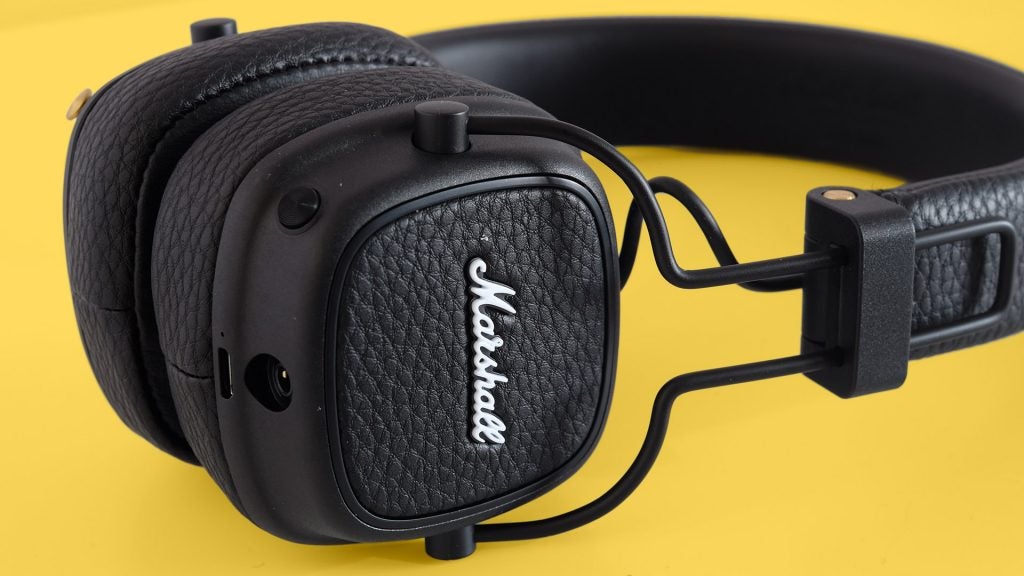 The headphones are a breezy fit, too, for an on-ear pair. I’ve been using the Beats Solo Pro and Marshall Major III Voice for the past few weeks, switching between the two. The Marshall headphones are much easier on your ears, with a lesser clamping force around your head.

I can wear these headphones for hours at a time without discomfort, even whilst wearing glasses. For all-day wear I’d still recommend an over-ear set, but these certainly won’t hammer your ear cartilage.

I’ve taken the Marshall Major III Voice out on a few runs, too. Since they’re fairly light, these units don’t require a huge amount of headband force to stay in place.

I’m glad to see Marshall hasn’t used the addition of Google Assistant smarts to dramatically increase the price, especially considering the design of these units isn’t super high-end. You can see the plastic parts that keep the headband together, and they don’t feel the most durable. 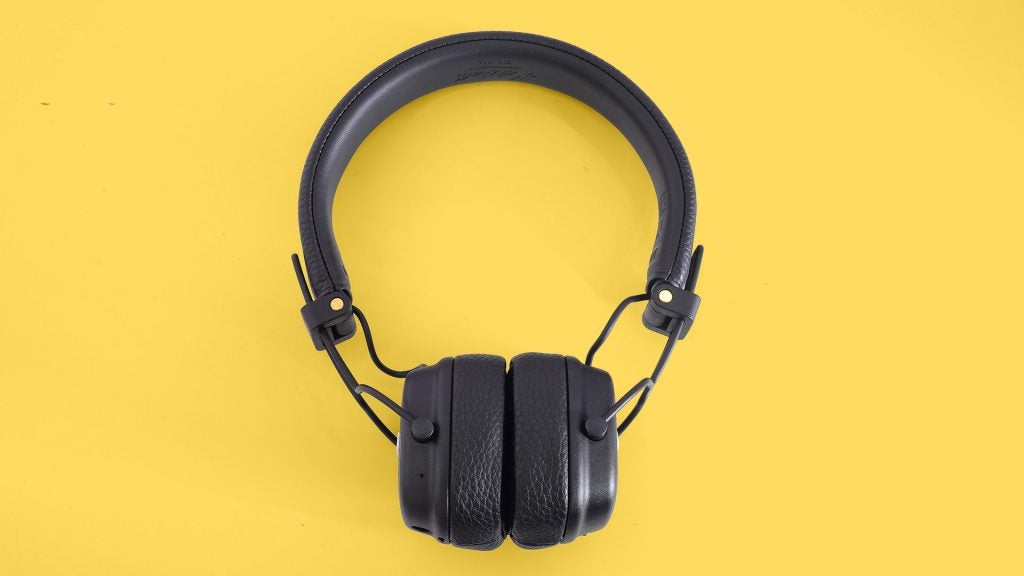 Google Assistant support may be the Marshall Major III Voice’s headline-grabbing feature, but battery life is easily at the top of my list of a feature worth shouting about. These headphones last “up to 60 hours” following a single charge. So long, in fact, that it’s difficult to test this figure while also using them in a remotely normal way.

I used the headphones with a couple of phones, and in each I could see the battery level in the notification screen. Being able to leave the house at 40% charge knowing you don’t have to worry about recharging for sometime is wireless headphone bliss.

I didn’t find their wireless performance perfect, though. When heading into busy areas – such as London’s Victoria station – there were occasional blips, and the pairing process is a little more confusing than a standard set of Bluetooth headphones. 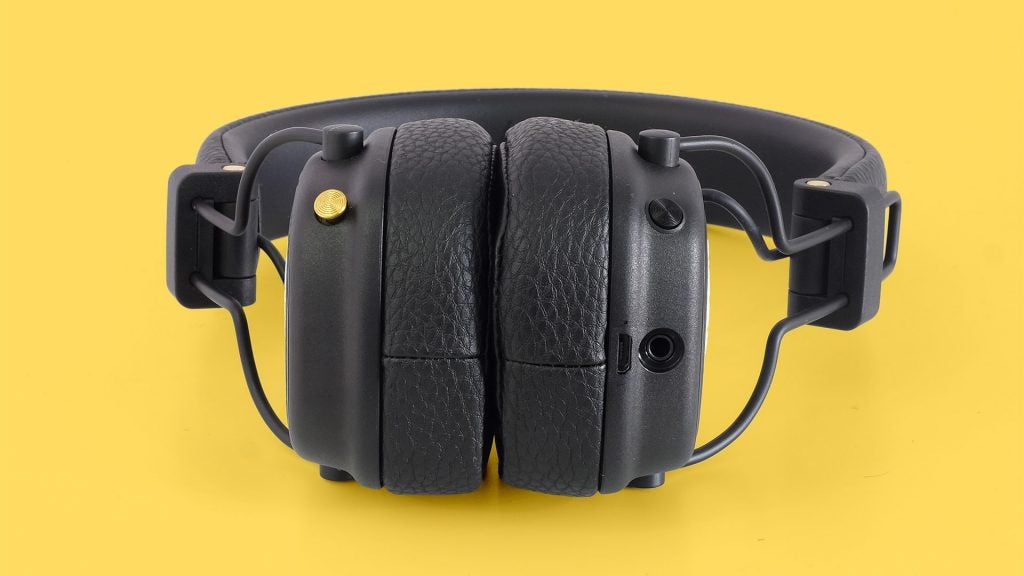 The Google link-up is separate to the standard Bluetooth link-up, and the Google one failed on me a few times. Of course, most of you will only have to pair up a few times, if not once.

The aim with Google Assistant headphones such as this is to get close to what Apple offers with its headphones featuring the H1 or W1 chipsets – but we’re not close to that seamless experience yet.

The Marshall Major III Voice sound similar-ish to the Major III Bluetooth, but there’s a significant change in tone. This pair has slightly more lower-mid range padding. It makes the sound a little “warmer” or thicker, but doesn’t dramatically block it up in the way earlier Major III headphones displayed slightly off-balance mids to begin.

Presumably, Marshall used its previous mid-range approach to emphasise crunchy guitars. But it also had a tendency to make some vocal sound a little cold or nasal, which doesn’t make for the most engaging listen.

Now that’s fixed, and the tuning makes a more coherent whole. These are very solid headphones, with non-fatiguing, easy-going sound. 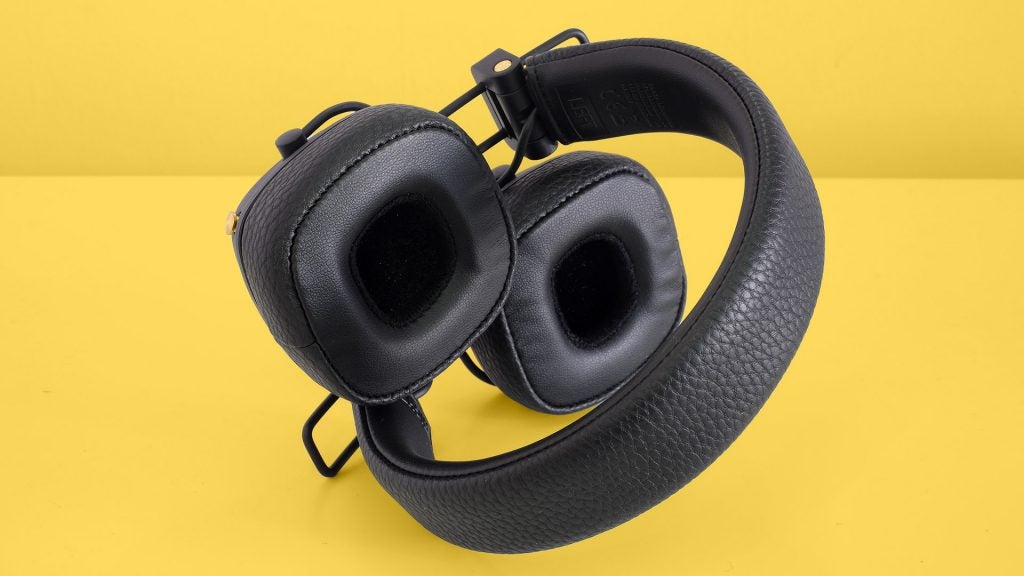 They’re slightly bassier than the Beats Solo Pro, but this is mainly because the Solo Pro aren’t bassy at all by Beats standards.

On the negative side, the altered tone does come with just a little too much mid-bass. This means bass guitars and kick drums can seem to step on the rest of a mix a little. These aren’t entirely boom-free headphones, and while the effect is slight, I have found it a little distracting.

This isn’t usually a problem with Marshall headphones. Neither do this set come with a particularly bracing sub-bass, of the type on offer in some of the smarter-tuned, genuinely bassy headphones. I’d like a little more low bass; a little less upper bass.

There are other options to consider around the £150 mark. I’d recommend the Audio-Technica ATH-M50XBT if you don’t mind a larger headphone and can afford to spend £20 more.

They offer a much wider sound with more three dimensional imaging. I can get lost in tunes played through the Audio-Technica ATH-M50XBT, where I tend to bob along on the surface of them when wearing the Marshall Major III Voice. 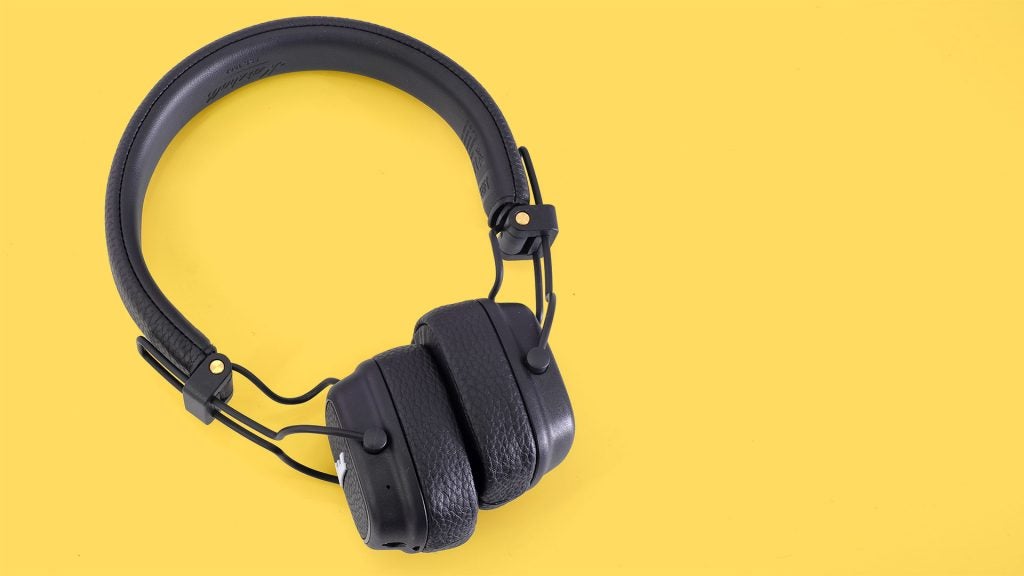 Should I buy the Marshall Major III Voice?

Marshall has jumped on the technology improvements that allow for better headphone battery life, and it makes the Marshall Major III Voice some of the best on-ear headphones for travelling. They keep going for what seems like an eternity, and even a quick juice-up will see them continue

These headphones are also lightweight and work just fine for exercise; plus Marshall has updated their tone to get rid of the slightly nasal character of its last pair of headphones. Like a game of tonal whack-a-mole, these headphones now offer mild mid-bass boom, but they’re generally enjoyable.

The Marshall Major III Voice also offer great Google Assistant integration, although you can expect this feature to come to a much wider range of headphones soon.