With the Solo Pro, Beats has ditched the bass boost and delivered an accomplished set of headphones. They can't quite match up to the Sony WH-1000XM3, which come in at a similar price, but if you're a fan of Beats headphones then the Solo Pro are worth considering

What are the Beats Solo Pro?

The Beats Solo Pro are the most advanced Solo-series headphones Beats has made to date. They’re on-ear set that look quite similar to the Beats Solo 3 Wireless, but they now come with active noise cancellation.

It’s an excellent presentation of this tech, too, with effective minimising of traffic noise and an unusually good “transparency” mode – probably the best I’ve heard to date.

The Beats Solo Pro are an accomplished set of headphones then, but the boost in tech has seen the price increase to Sony WM-1000XM3 levels – and that’s a tough comparison. It’s likely that the majority will prefer Sony’s sound, and find that pair far more comfortable. 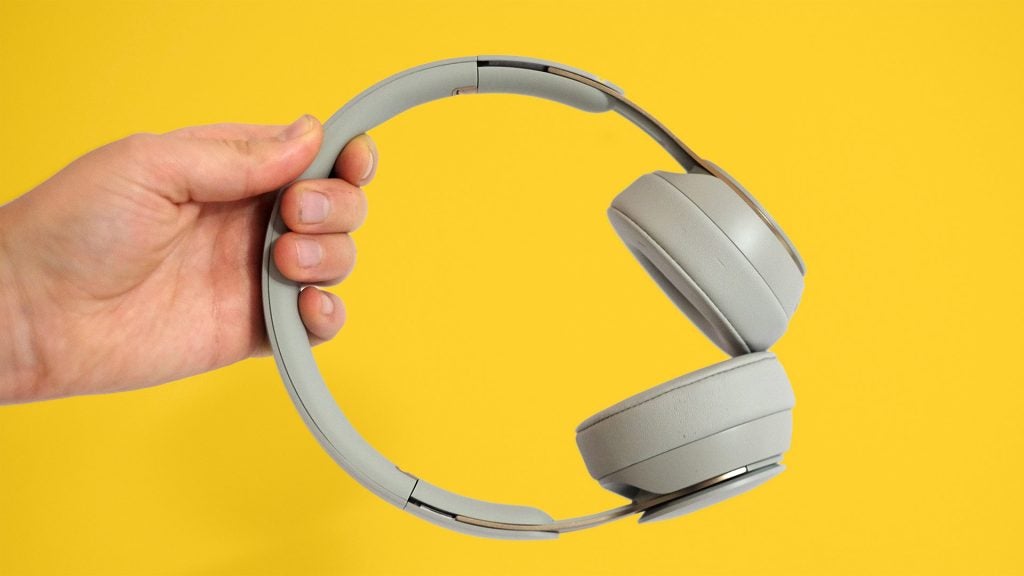 Beats has made a number of changes with the Solo Pro, but hasn’t messed around too much with how they feel overall. These are on-ear headphones that display quite a firm grip around your head.

I’ve tried the Beats Solo Pro with and without glasses, and I found soreness creeping in within a couple of hours of wearing the units. This isn’t specific to the Solo Pros, though; the experience is likely to be similar with just about any on-ear set of headphones following a few hours of having them on your head.

Beats has tried to offset the potential discomfort of the fit with good-quality pads. As usual, the faux leather does its best to convince that it’s the real thing, but isn’t likely to have many fooled. The padding uses memory foam, however; you can tell by the way it spring backs slowly. It’s far squishier than standard reflex foam. 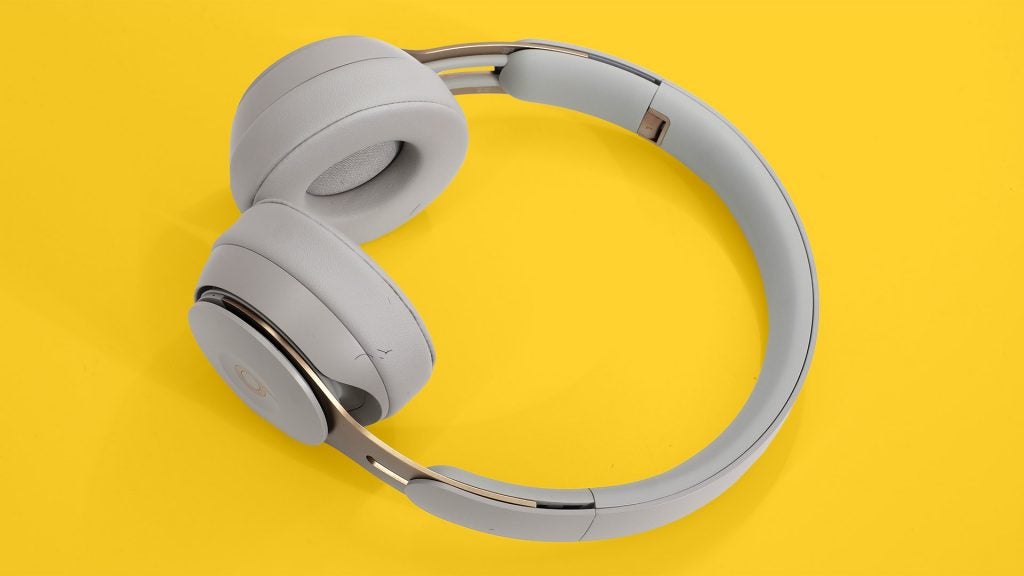 Overall, the design is a little higher-end than that of previous Solo headphones. This series is super-popular, but the headphones didn’t appear quite as well-made as some at the price, sporting lots of glossy plastic. The Beats Solo Pro use more metal – sturdy metal forks on the outside connect the cups to the headband. Plus, the plastic has a nicer finish to it.

We reviewed the Beats Solo Pro in the Ivory and Grey (pictured) finish, which have bronze/gold metal parts. The headphones are also available in black, red and two shades of blue.

The Beats Solo Pro come across as classic Solo headphones, with just a few tweaks applied. The primary takeaway on the design front is that they’re not for those who can’t handle a firm fitting set of headphones.

Beats Solo Pro features – Folding the headphones to turn them off takes some getting used to, but the ANC is effective

I’m not a huge fan of the Solo Pro’s “power button” – or lack thereof. To turn virtually every pair of wireless headphones on and off, you usually long-press a button on the cup.

The Beats Solo Pro feature a button, but it isn’t used to turn the headphones on or off. Instead, you have to fold the cups into the headband to do so. This may seem like a great, intuitive action if you regularly fold your headphones to put them in a bag. However, this isn’t something I’m used to – I wear headphones for hours a day, most days, but almost never fold them up. As such, I found having to do this somewhat strange. 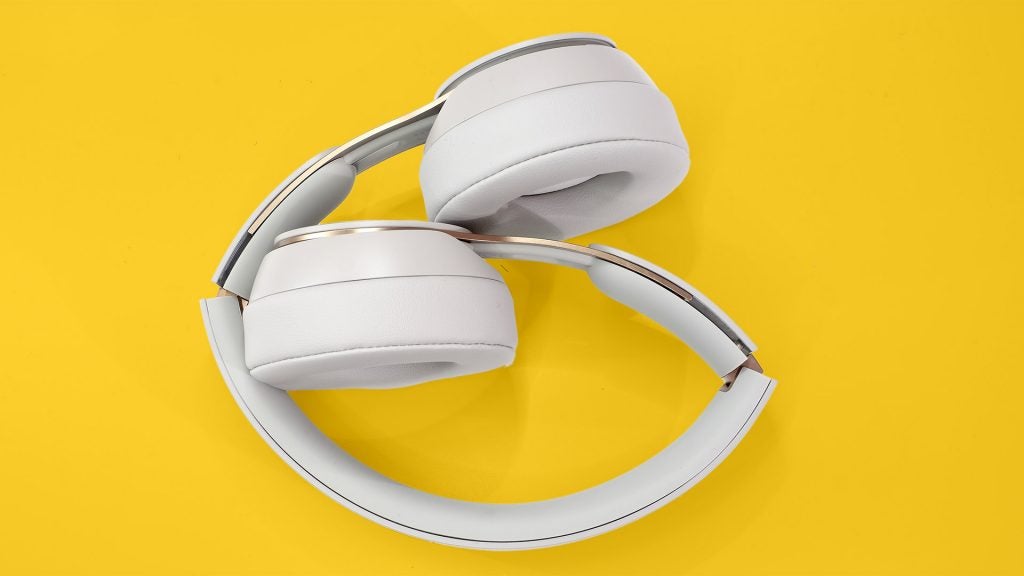 In other ways, however, the Beats Solo are simple and intuitive. Like the Beats Solo, the Pros sport a trio of buttons on the right cup. Press on the actual Beats logo in the middle to play/pauses your music. Areas above and below alter volume. There are no touch gestures, no complex button press patterns to remember.

The button on the left cup switches between the active noise cancellation and the transparency mode, where you can hear both your music and ambient noise. ANC effectiveness is excellent, if not quite as isolating as the latest from Bose and Sony.

However, it has the effects I’m after. I’ve used the Beats Solo Pro in a library full of noisy kids, a pub full of half-drunk adults, and on both trains and buses. These headphones tackle the noise in all instances, with the standard active noise cancellation focus on lower-frequency sound.

Passing cars seem to become electric cars that only create a light whoosh. The hums and general din of any crowded city space is cut out; these headphones are a delight for city living.

I’ve noticed two problems, however. The Beats Solo Pro are particularly susceptible to wind noise, with even a light breeze seemingly setting them off. This is clearly an area Beats needs to improve upon.

The algorithms that judge how much noise needs to be cut out aren’t quite perfect, either. One day I was walking through a shopping centre and noticed the ANC decrease, as if it had just stepped down a gear. I only noticed this on that occasion, though. Overall, I’m a big fan of these headphones’ cancellation style. 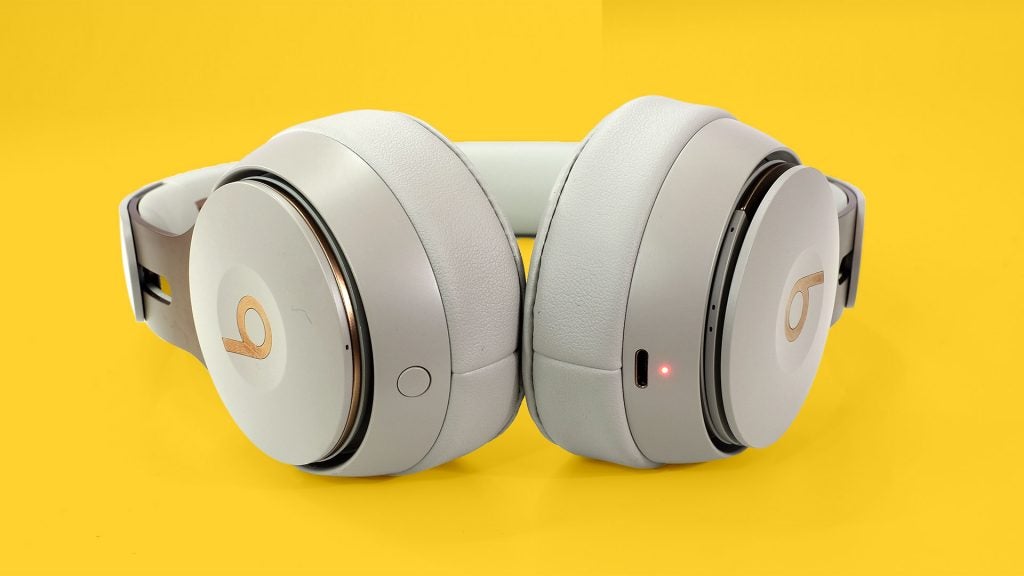 Like the Sony WH-1000XM3, they seem to rely on a mix of active and passive isolation – the simple blocking-out of sound using the padding. Even the older, non-cancelling Beats Solo 3 Wireless could block out a fair amount of sound. But we’re in a different league here, one that city commuters should appreciate.

The Solo Pro’s do have quite possibly the best “transparency” mode I’ve used. This is where the microphones are used to play outside noise, so you hear your surroundings more clearly than if you turn off ANC completely.

Such modes often sound ugly – the tonal balance may be strange, perhaps the higher frequencies sound harsh or crude, as if you’re listening to the outside world through an old tannoy system. Beats’s transparency mode sounds far more natural. It does a fantastic job of letting you hear what’s going on without it drowning out your music, audiobook or podcast. This is likely trickier than it sounds. It’s a constant balancing act, and the Beats Solo pull it off without any jarring shifts.

You can turn off transparency and ANC, too, with a double tap of the button. It’s the one “gesture” you need to remember. 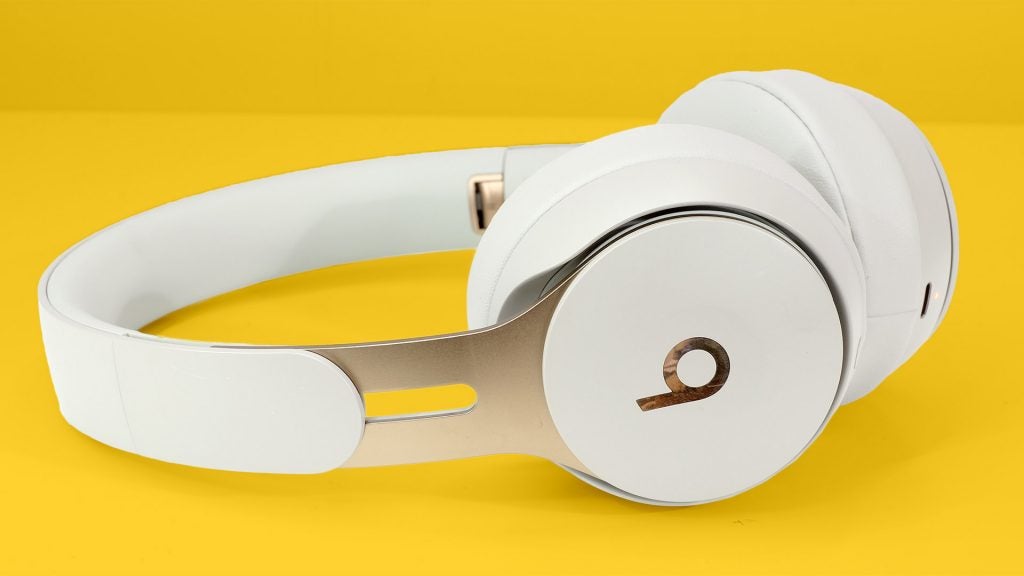 Battery longevity is the main reason you may wish to do that. The Beats Solo last around 20-22 hours between charges with ANC switched on. This is solid but no more than that, as we’re currently going through a headphone battery life revolution right now. The tiny SoundMagic E11BT last well over 24 hours; the Marshall Major III BT over 60 hours.

Turn off ANC and the Solo Pro last up to 40 hours – although do so and you miss out on the real appeal of these headphones. You charge the headphones via Lightning cable, and they come with a great quick-charge feature that gets you three hours’ use in just a few minutes.

The Solo Pros also use the Apple W1 chipset. This is a piece of wireless hardware designed to connect seamlessly to Apple hardware. Wireless reception is almost flawless, even if you use an Android phone instead.

I did notice a strange bug when streaming from Android, however. I had to flick the “media audio” slider in Settings to get audio to stream on a few occasions, even though the Beats Solo were connected. These headphones are clearly optimised for iPhones at launch.

The Beats Solo Pro sound isn’t just like the Beats Solo 3 Wireless. Those headphones have big, deep bass that adds a jubilant energy to music – if you’re not too picky, anyway. It’s the bass boost Beats is known for, without the muddiness some assume Beats headphones still display (they don’t, for the most part).

This set of headphones removes much of the excess, taking away the scene-stealing sub-bass for far better tonal balance, in a technical sense at least.

I find myself in a strange position here: despite years of comparing Beats headphones unfavourably to those of traditional audio brands, I do wonder if the Beats Solo Pro could do with a little more low and sub-bass. The growing up process has come with a slight loss of exuberance.

You could say that suits the “Pro” name, but let’s not kid ourselves: no sound mixer is going to use a pair of Solo Pro headphones as their main set. You can’t even plug them into a mixing board.

What we get is clear sound, where the frequency bands aren’t at war with each other. There’s less mid-bass filler – used to add “warmth” to audio – than in many a pair from brands far snootier than Beats. Upper-mids and treble are well defined and well projected, which ensures the Solo Pro don’t lose a sense of vivid bite, even if the Beats sound has calmed down. 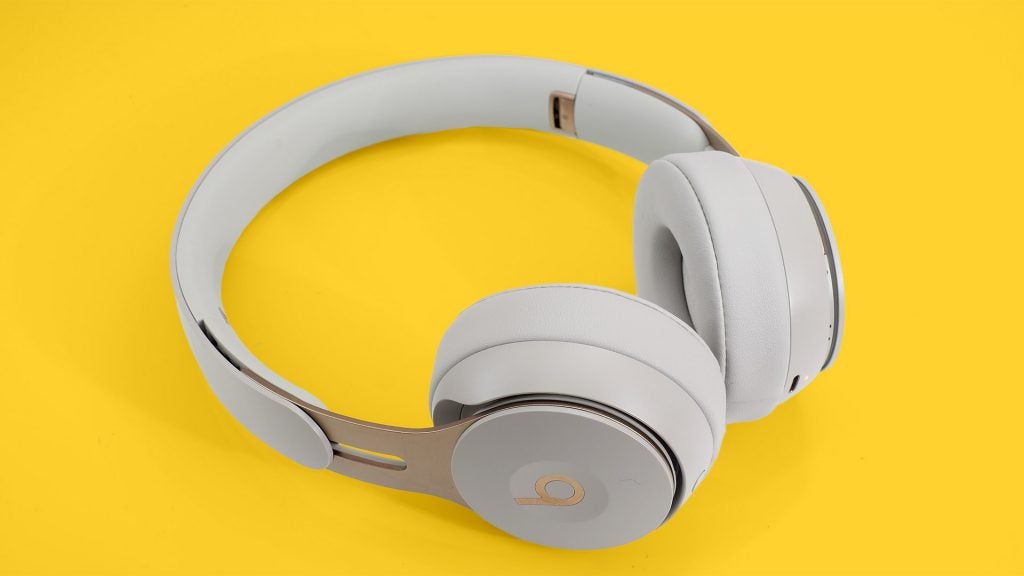 Given we’re no longer dealing with a basshead pair of headphones, how do the Beats Solo compare with “hi-fi” units?

Well, they can go up against anything at the price for the tastefulness of their tuning. There’s a little more energy to the delivery of the upper-mids and treble, which is fine, but some of the best over-ear pairs perform significantly better in other areas.

It may be unrealistic to expect an on-ear headphone to match a full-size pair for scale of sound, but there’s still more work on mid-range fidelity and separation to be done here if the results are to match the aspirations of the tuning.

So are these headphones a failure? No. I didn’t fall in love with the Beats Solo Pro sound on first putting them on, but there’s also very little to dislike or criticise until you compare them directly to some of the best at the price.

The fit is far more likely to tire your ears than the sound, and the Beats Solo Pro are easily the most genre-agnostic headphones of the series to date.

Should I buy the Beats Solo Pro?

Suggesting you try on a pair of headphones before buying is one of those classic pieces of unhelpful advice, particularly now that the majority are likely to head online to make their purchase. But it will be the fit of the Beats Solo Pro that determines whether or not you buy these headphones.

If a friend owns a pair of Solo 2 or Solo 3 Wireless headphones, borrow them for a day or two; the Solo Pro have a similarly tight fit. On the positive side, their fit makes them perfect for exercise and helps the world-soothing active noise cancellation – but some may find them uncomfortable after a while.

You can get some excellent full-size (over-ear) headphones at a similar price. Some are more engaging, too – although, if you actively dislike how the Solo Pro sound then you should get your ears checked out.