What are the Marshall Major III Bluetooth?

The Marshall Major III are on-ear wireless Bluetooth headphones made in the image of Marshall’s guitar amplifiers.

They’re fairly comfortable, not hugely expensive, sound good, and last up to 30 hours off a charge. What’s not to like?

Marshall’s own MID Bluetooth don’t cost much more than this £129 pair and offer better build quality. While the Marshall Major III aren’t quite the best-sounding headphones in their class, they’re a good choice for Marshall fans looking for a pair that isn’t too garish or eye-catching. 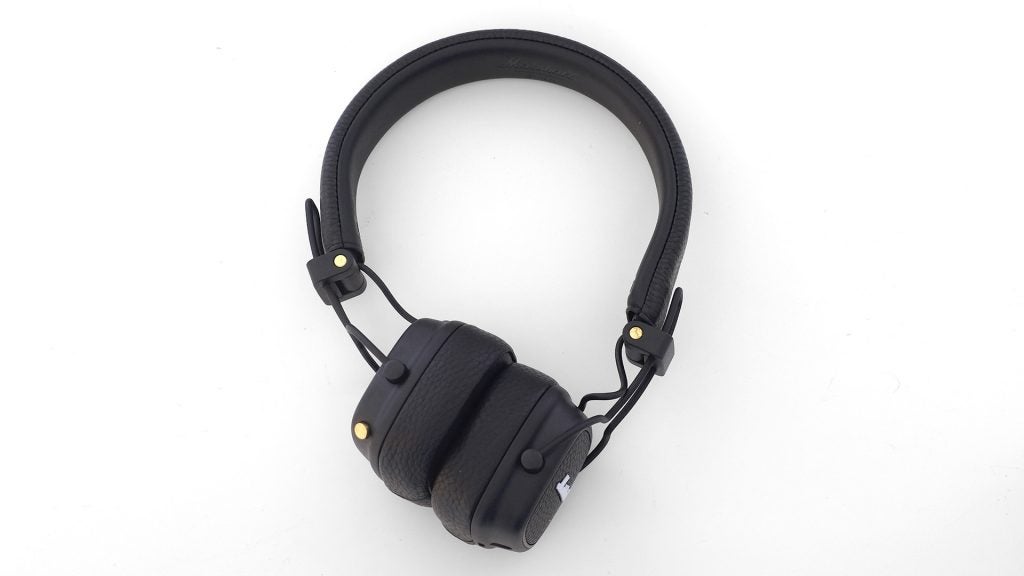 First, there’s a lot of synthetic leather. Marshall amps use a vinyl wrap rather than real leather, but it has a distinct rough texture. These headphones use a much softer style, but the leather sections do have a much more defined, chunky grain than rivals.

The little gold dots where the headband meets the cup spokes are based on Marshall’s iconic volume knobs – and, of course, there’s no missing that logo.

Like previous Marshall Major headphones, the Major III’s cups are square rather than round or oval. They’re ideal for those looking for a more dialled back style of headphones. They are more tasteful. 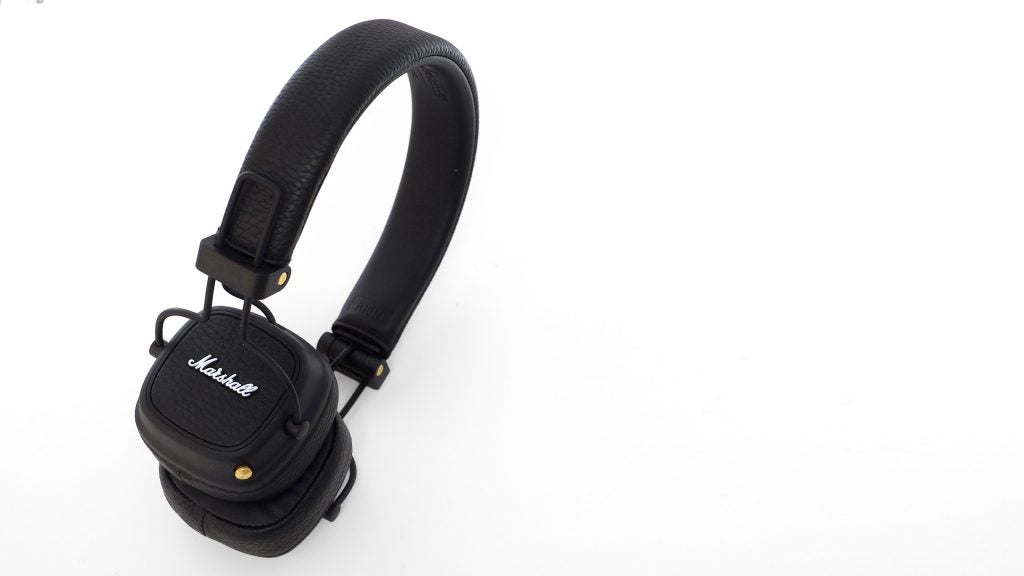 The Marshall Major III are less sturdy and premium-feeling than the MID, however. Where the latter sports a solid, all-metal headband, the Major IIIs have plastic hinges, and the headband pares right down to just spokes by the cups.

The first pair of Major IIIs that Marshall sent in actually had an issue with the headband, resulting in deformations. It was likely a one-off, but is a pitfall of a weaker structure as opposed to a single continuous piece of metal, as seen in the MID headphones.

That pair replaced, I find the Marshall Major III fairly comfortable. Like any on-ear headphones, you may find they cause slight ear fatigue if worn all day. However, the designers have done their best to ensure a balance between comfort and sufficient tension to keep the headphones on your head while on a run.

For example, the inner part of the cup pad uses a smoother, softer synthetic leather, plus there’s ultra-soft velour inside the pad’s hole. 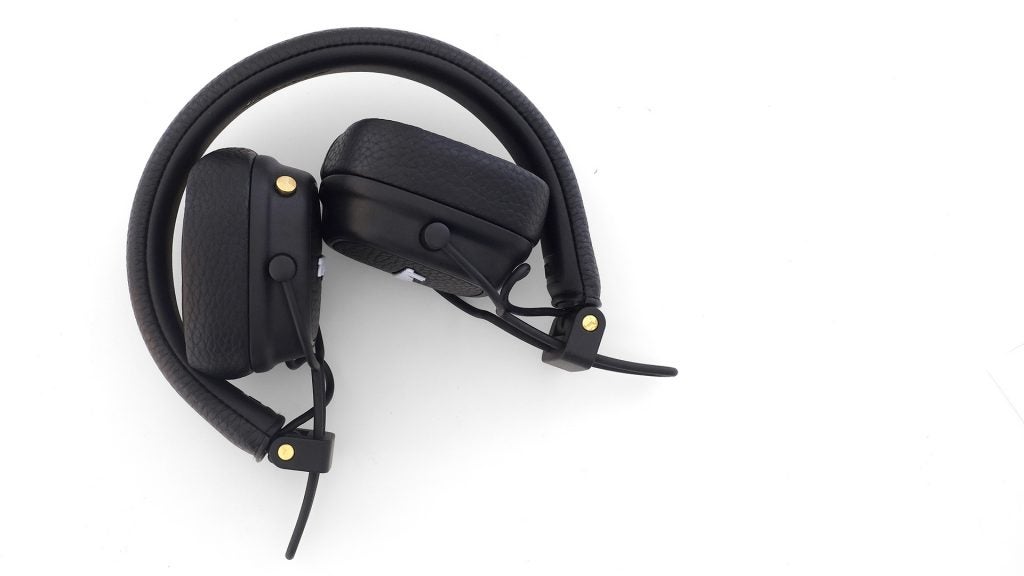 There are wireless and non-wireless versions of the Marshall Major III. I’ve tried both, and there’s quite a price disparity between them.

The Bluetooth Major III are almost twice the cost. However, in return you get solid Bluetooth stability, high-quality aptX streaming, and up to 30 hours of battery life.

If charge drains while you’re out and about, you can plug in the included cable. A second 3.5mm socket can be used to share music with someone else. Just get them to plug in their wired headphones (assuming they haven’t gone wireless too). 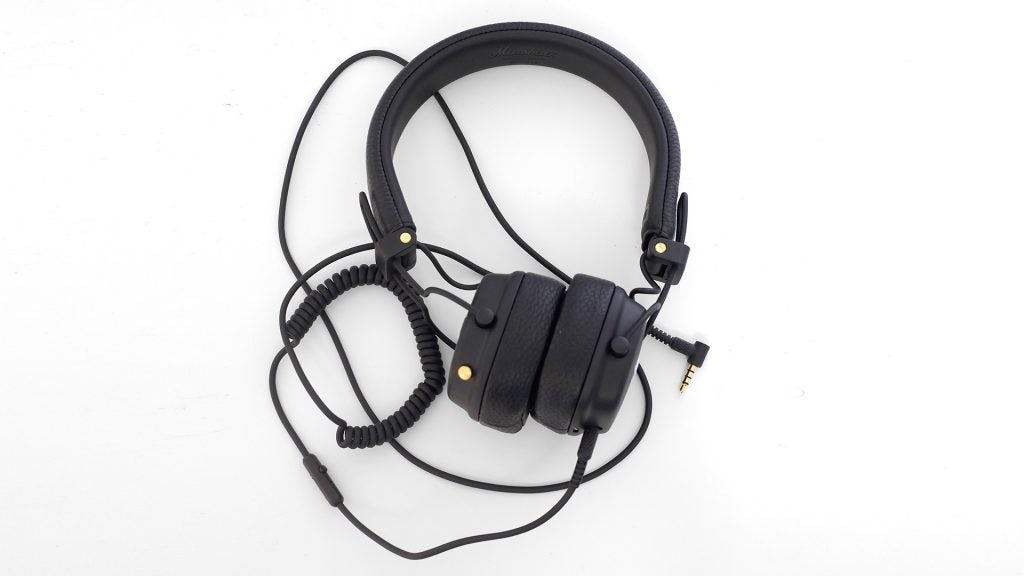 The wireless Marshall Major III also have a control joystick on one of the cups. This lets you play/pause, skip tracks and alter volume, and doesn’t spoil the look of the headphones.

Is it fiddly? To start, perhaps, but it won’t take too long to get used to its gesture style.

Wireless reliability is decent, too. Although it’s what you’d expect at this price. 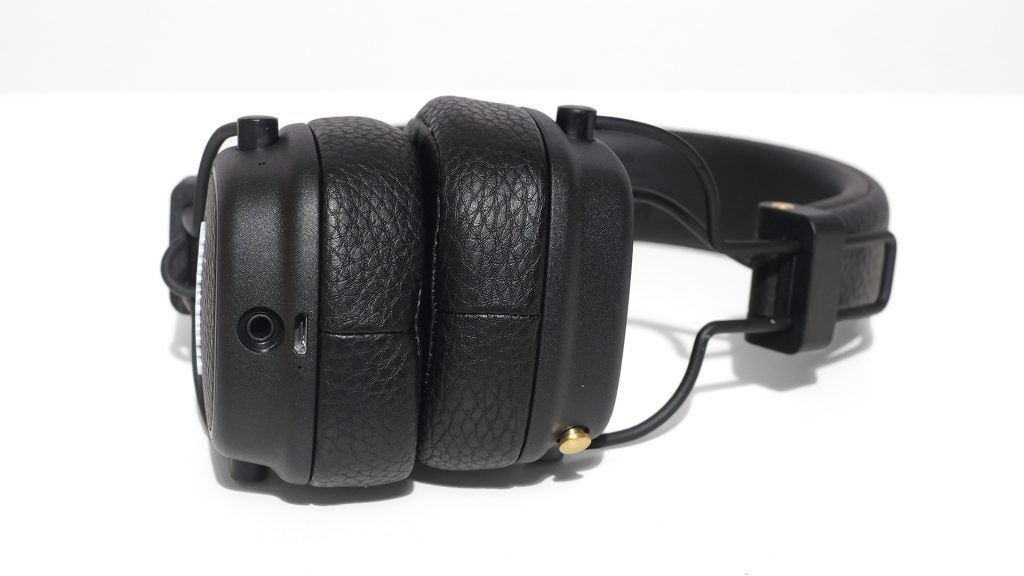 If there were a sort-of sugar lobbyist guild for rock, it would approve of the Marshall Major III. These headphones have a significant upper-mid boost, and these are the frequencies that give crunchy and distorted guitars their character.

Such guitars sound more pronounced through these headphones than rivals such as the AKG Y50BT or Urbanista Seattle Wireless.

Boosting such higher frequencies risks a headphone sounding hard or harsh, and there were hints of this with early Marshall headphones. The Marshall Major III aren’t hard-sounding, but are naturally less smooth than rival pairs that don’t deliberately whack up the higher mids.

The Marshall Major III also have a less lush, rich and bassy sound all-round than the AKG Y50BT. Playing a rock track, the Marshall headphones may place more emphasis on the texture of guitars, but the AKGs make the whole arrangement sound fuller, more involving and dynamic.

Clarity is good, but the Marshall Major III don’t offer quite the sound scale of the very best at the price.

A singular focus on one part of the frequency spectrum does work as intended. However, headphones with a little more bass energy and smoother mids do tend to make most music, including rock, a little more engaging. 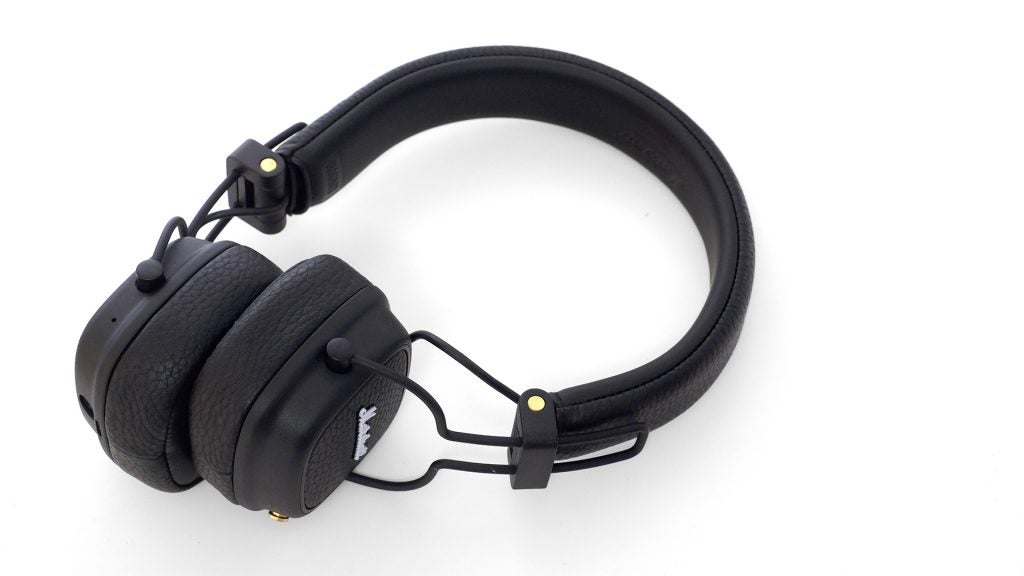 I came away from the Marshall Major III with the same impression left by the Marshall MID Bluetooth. Their signature promotes rock guitar texture well and overall sound quality is perfectly fine. However, they’re one step below the top performers in their class, lacking some of the dynamics and scale that helps you get lost in music.

In addition, the Major III aren’t as well built, or attractive, as the MID Bluetooth, currently available for just a little more.

If you love the Marshall-inspired design then go ahead. However, if the priority is the best sound quality for your money, then look elsewhere.

Great for those who love the sound of crunchy guitars, but you can find better sound and build quality.