Hands-on with the Logitech Blok

Blok is a new make of iPad Air 2 and iPad mini case created by Logitech. The range is the first to be launched by the company following its rebranding, and is being sold under the “Logi” label.

We got our hands on the best of the bunch, the Logi Blok Protective Keyboard Case, which Logitech believes offers the ideal blend of protection and style. Do we agree? Well, yes and no.

One of the first things you’ll notice about the Blok Protective Keyboard Case is that it’s bulky. In fact, it’s a huge 22mm thick. That makes it more than three times broader than the sleek iPad Air 2, which comes in at only 6.1mm. 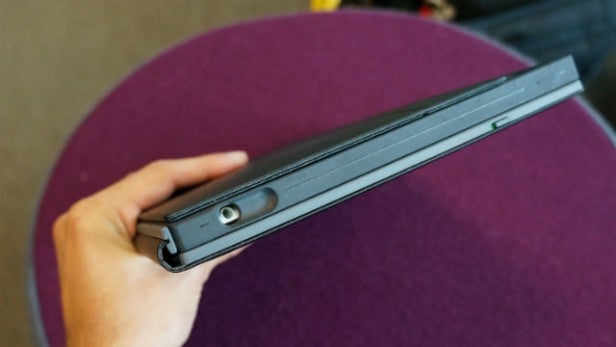 Apple has clearly worked hard to keep the iPad trim, but the Blok Keyboard Case stomps all over those ideas. You won’t be able to effortlessly slip it into a small bag – you’ll have to make room for it first.

Bulk tends to go hand-in-hand with weight, and there’s no exception to that rule here. The Blok Keyboard Case weighs 645g, which is 208g heavier than the iPad Air 2 itself. Together, they tip the scales at 1.082kg.

This essentially makes it a tablet that’s both chunkier and less portable than the 12-inch MacBook at 131mm thick and weighing 920g. It feels every bit as cumbersome as it sounds; you’ll struggle to hold it in both of your hands for any more than a few minutes at a time.

Fortunately, it features a kickstand, which means you’ll rarely need to hold it. Tucked discreetly around the back, similar to the Surface Pro 3, it pulls out easily and can be set at any angle between 20 and 70 degrees. 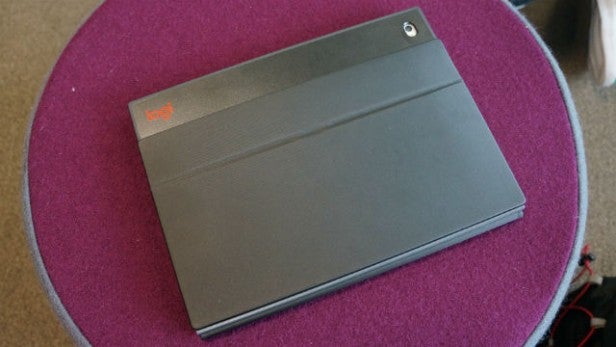 It feels sturdy in all positions, but is most effective on flat surfaces. It isn’t anywhere near as stable on your lap, feeling like it could tip backwards at any moment. As a result, we found ourselves sitting tensely with our toes extended and knees raised to keep it balanced, which isn’t particularly comfortable.

The similarities with the Surface Pro 3 don’t end there. Once encased in the Blok, you could be forgiven for mistaking the iPad for Microsoft’s tablet.

That’s because the design of the Blok case is very angular. The sharp corners and clean edges make the iPad look box-like, but while the edges are still finger-friendly, the corners feel pointy and severe.

The Blok case looks good, but it’s everything the iPad isn’t. It hides the tablet’s gorgeous curves and slim chassis under a polycarbonate and rubber body that’s simple and blocky. 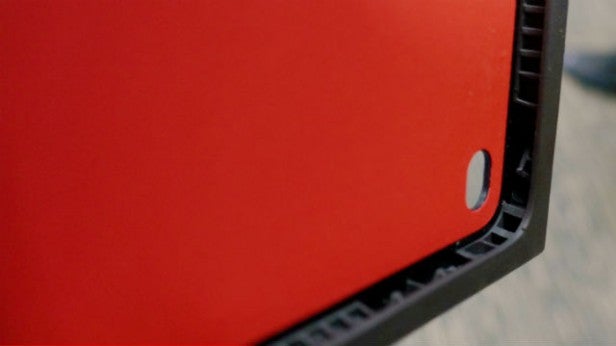 However, there is good reason behind Logitech’s choice of design.

The company has put a lot of hours into making the Blok as protective as possible, but without veering too much into “ruggedised” territory. As a result of working with Cranfield University, Logitech has developed a thick-walled shell that’s ribbed on the inside.

Since a tablet is most likely to break when it’s dropped onto one of its corners, the Blok case features what it calls “extra-absorbent polymers” in – that’s right – the corners. These work in a similar manner to a car’s crumple zone.

The entire corner of the Blok case flexes when it collides with a hard surface, with the polymers hugging the iPad and absorbing most of the energy from the impact. This reduces the stress placed upon the device itself. 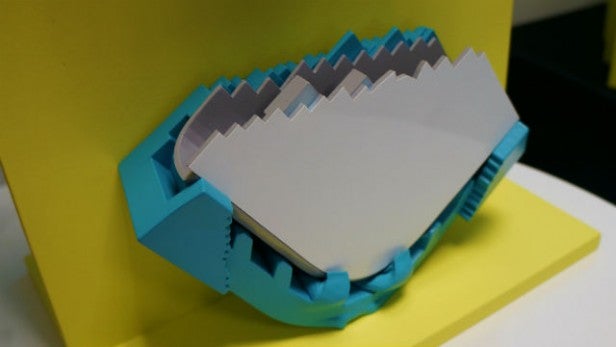 Logitech claims Blok will keep an iPad safe from damage even if it’s dropped onto concrete from 1.8m. We haven’t yet had the chance to test this out ourselves, but we did witness an impressive live demo at the company’s offices.

Everyday wear and tear shouldn’t be a problem for the Blok either, thanks to its use of abrasion-resistant rubber. And if you have young children who continually entertain themselves by trying to prise off the case, you’ll be pleased to discover that it’s actually really tough to peel back the shell – very much requiring grown-up strength.

The volume and power button covers are easy to press, however, making a satisfying clicking sound when you push them.

Like the Surface, the Blok comes with a detachable keyboard, which connects to the iPad via Bluetooth. Once magnetically attached to the tablet, it doubles up as a screen cover. 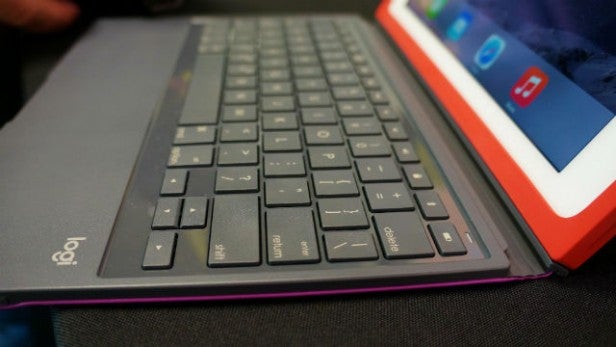 It’s brilliant to use. Despite being small it delivers a comfortable, accurate typing experience. The individual keys are large, well positioned and soft to the touch, offering a satisfying 1.3mm of travel. The entire unit is also very sturdy and tough to bend.

Above the row of numbers is a dedicated line of shortcut keys, including volume and music- or video-player controls, as well as a quick-search button. Handy, too, is the fact that the iPad automatically detects when the keyboard is on or off, launching the digital keyboard in this instance.

The Blok keyboard is powered by two coin-cell batteries, which Logitech says will last for four years if you use the keyboard for two hours a day. That should keep most people satisfied.

The space beneath the keyboard, where you’d normally expect to find a trackpad, remains empty, and Logitech hasn’t included any ports or connections. While it would have been nice to have a full-sized USB port, its inclusion would have resulted in making the Blok ridiculously bulky. 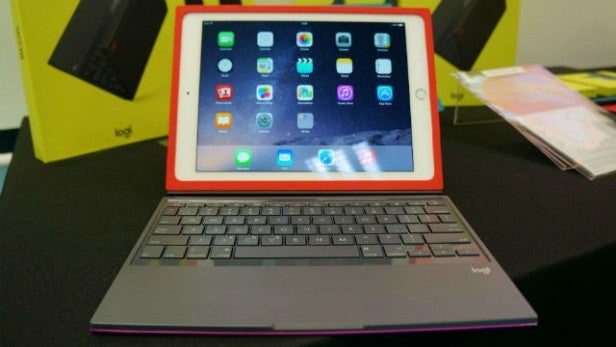 The Blok Protective Keyboard Case is guaranteed to divide consumers, as almost all of its silver linings come with clouds attached. While it features a brilliant keyboard and kickstand, and will almost certainly keep your iPad Air 2 intact, the downside is that it turns the tablet into a hefty, intimidating beast.