What is the Linksys WRT1200AC?

On paper this makes it a better bet for those less reliant on super-fast Wi-Fi but who still want the overall feature set and reliability of a high-end product, along with the ability to tinker with its operating system thanks to its support for the open-source OpenWRT project.

Video: Trusted explains how to get better Wi-Fi signal

The WRT1200AC looks identical to the WRT1900AC. Both have the same chunky, angular plastic body that’s split between matte black at the back and bright blue at the front.

It’s a big and striking unit that doesn’t exactly shrink into the background but instead wears its toughness on its sleeve. It immediately instills a sense of durability, and I never once had reason to question that first impression throughout my testing. 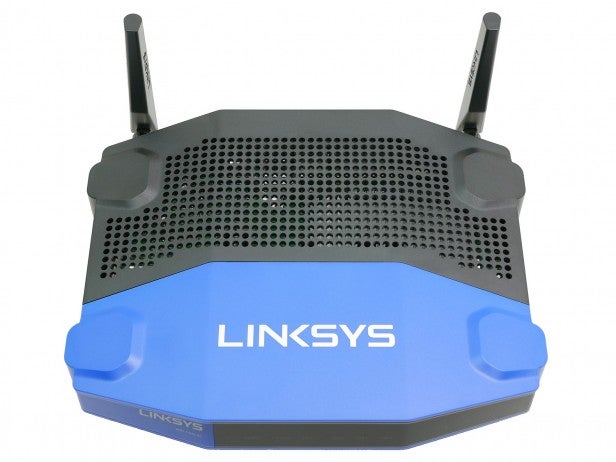 Four rubber-footed legs provide a good strong purchase and they can also double as screw mounts for hanging the unit on a wall, while ample ventilation holes on the rear section should keep the unit cool – better airflow being another advantage of the gap provided by the four legs.

This sense of quality extends to the pair of external aerials that use chunky metal fittings for a secure fit. They can of course be angled in whichever direction you choose for better performance.

Along the front of the device is a full set of lights that give you at-a-glance information about what the router is up to. This is in stark contrast to some lower-cost routers that have only a few lights or none at all, such as the uncommunicative but more expensive Linksys EA7500, making them far more difficult to troubleshoot.

What’s more, the lights line up with the features they correspond to on the back so you don’t have to pull the whole thing out to remove or insert a cable or hit the WPS button.

The back also has a proper power switch, as well as a reset button so you’re well covered for those occasions where all else fails, not that I experienced any instability during the week the router was installed.

From left to right the full selection of features on the rear consists of the WPS button, the four Ethernet LAN ports, the Ethernet WAN port for connecting to your modem, a USB 3.0 port, a combination USB 2.0/eSATA port, reset button, power socket and power switch.

It’s very much down to personal preference as to whether the eSATA/USB2.0 port or just a second USB 3.0 port would’ve been more useful but certainly it’s not a deal-breaker either way. As long as it can accommodate a printer and at least one high-speed storage option then that should cover most users’ needs. 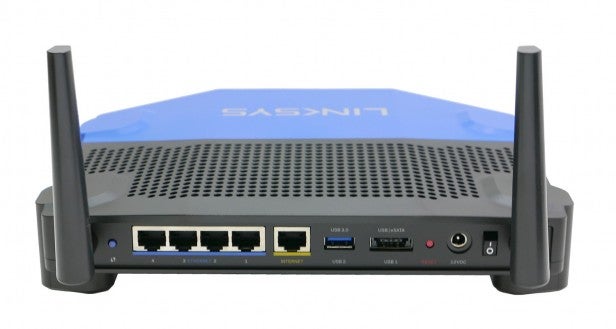 There’s 1.3GHz dual-core processor inside, alongside 256MB of RAM and 128MB of flash storage. That’s a powerful setup considering this router isn’t set up to be a speed demon, and indeed it’s this slight over engineering that contributes to this router’s high price.

All of which brings us back to the core potential stumbling block for this router, which is its use of just dual-stream WiFi. That results in each band being theoretically only two thirds as fast as triple-stream AC1900 routers.

The real world impact of this will vary depending on your usage. For those who generally rely on Wi-Fi for their main network connections, for instance when your most data-hungry devices are connected wirelessly, you may want to look at a higher-end AC1900 router or a MU-MIMO router such as the Linksys EA7500. In either case you’ll be spending a fair bit more.

If your main computer connections are via a wired network and Wi-Fi is more for occasional use with mobiles, tablets and smart-home devices then the WRT1200AC may be ideal. It should still have plenty enough bandwidth for several devices to stream HD video and to fairly rapidly transfer files.