What is the LG Watch Style?

The LG Watch Style was initially launched as a two-pronged Android Wear 2.0 assault alongside the LG Watch Sport. The two wearables were the shining lights showcasing Google’s new operating system.

As the name implies, it’s the more style-oriented of the two models, sacrificing a number of sports-focused sensors seen in its larger sibling alongside including a much smaller battery.

What that does result in is a much more svelte, attractive Android Wear 2.0 wearable. But one that’s unfortunately let down slightly by lacklustre battery life and more limited functionality. The LG Watch Style is one of the slimmest Android Wear watches to date. This doesn’t sound like a big deal, but when you’ve been wrestling with gargantuan smartwatches as long as I have, it’s a welcome relief.

It doesn’t quite take the crown of slimmest Android Wear watch, however, with that award going to the Asus ZenWatch 3. The Watch Style measures 10.8mm in thickness, compared to the 12.6mm of the Huawei Watch 2 or the almost comical by comparison 14mm of the New Balance RunIQ.

But what the latter two smartwatches have in common are a raft of sensors geared towards sports and exercise. That goes some way to justifying their much larger sizes, as notably absent here are a heart rate sensor and GPS, two must-haves for any serious sports wearable. Both of these sensors are also available in the LG Watch Sport. 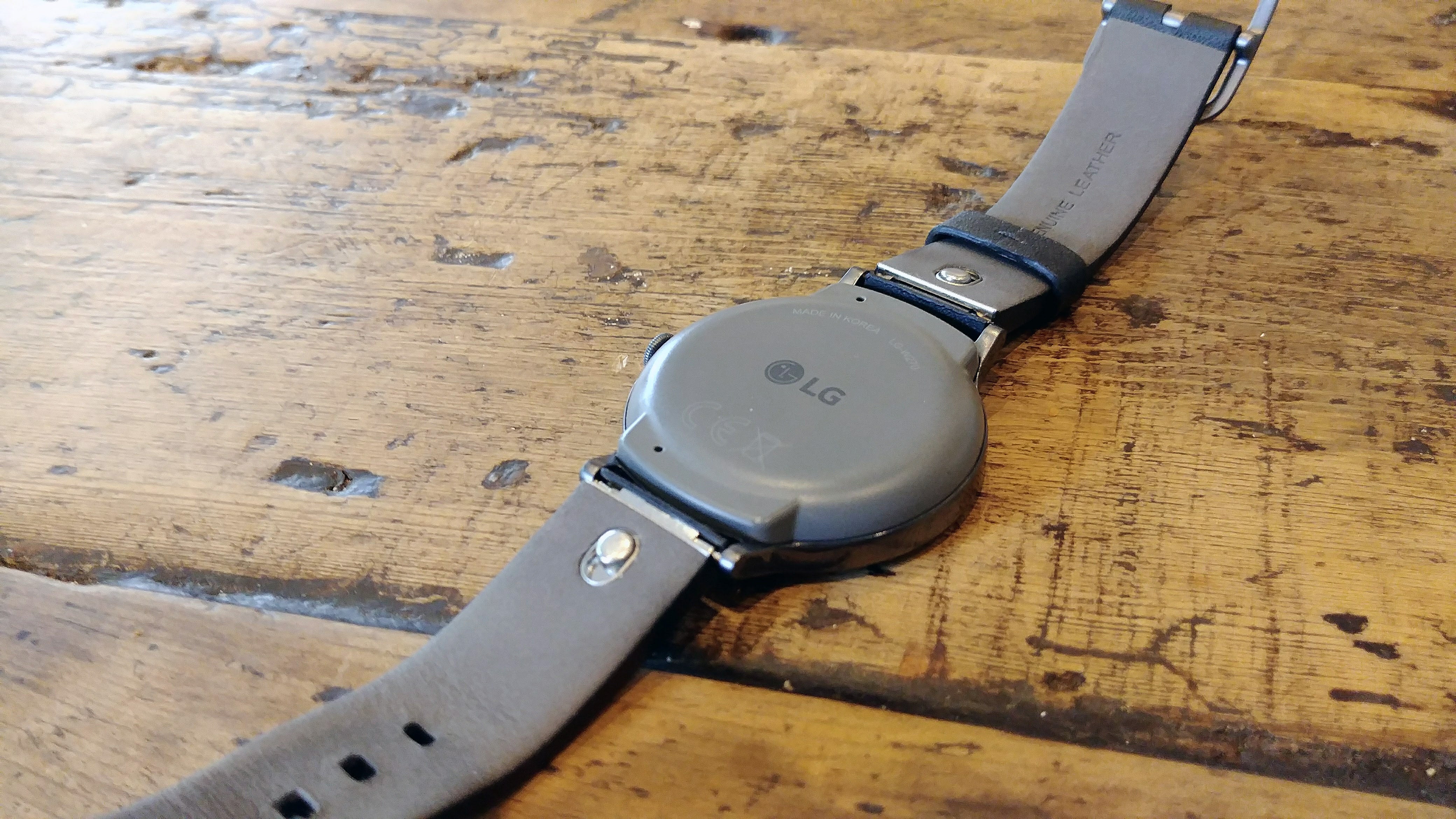 It’s also a shame that NFC isn’t included in the Watch Style, as that opens up the option of using Android Pay.

But by stripping away all of these extras, it has resulted in one of the more attractive Android Wearing smartwatches to date.

The LG Watch Style’s 42mm watch face, combined with its svelte design, makes for a far more elegant timepiece. It draws far less attention to itself and is far more suitable if you have slender wrists.

The round casing uses stainless steel and is available in three different finishes: titanium, silver and rose gold. While it’s stainless steel, it actually doesn’t really feel like it’s metal, perhaps owing to the watch’s light weight at 46g.

It does mean you never feel encumbered by the watch, though, and the casing didn’t pick up any blemishes or marks during my week of testing.

There’s just one crown along the edge, and this rotates like that of the Apple Watch, letting you navigate the OS. It feels a little under-used, admittedly, but it’s still nice to not have to obstruct the display to scroll through messages or menus. 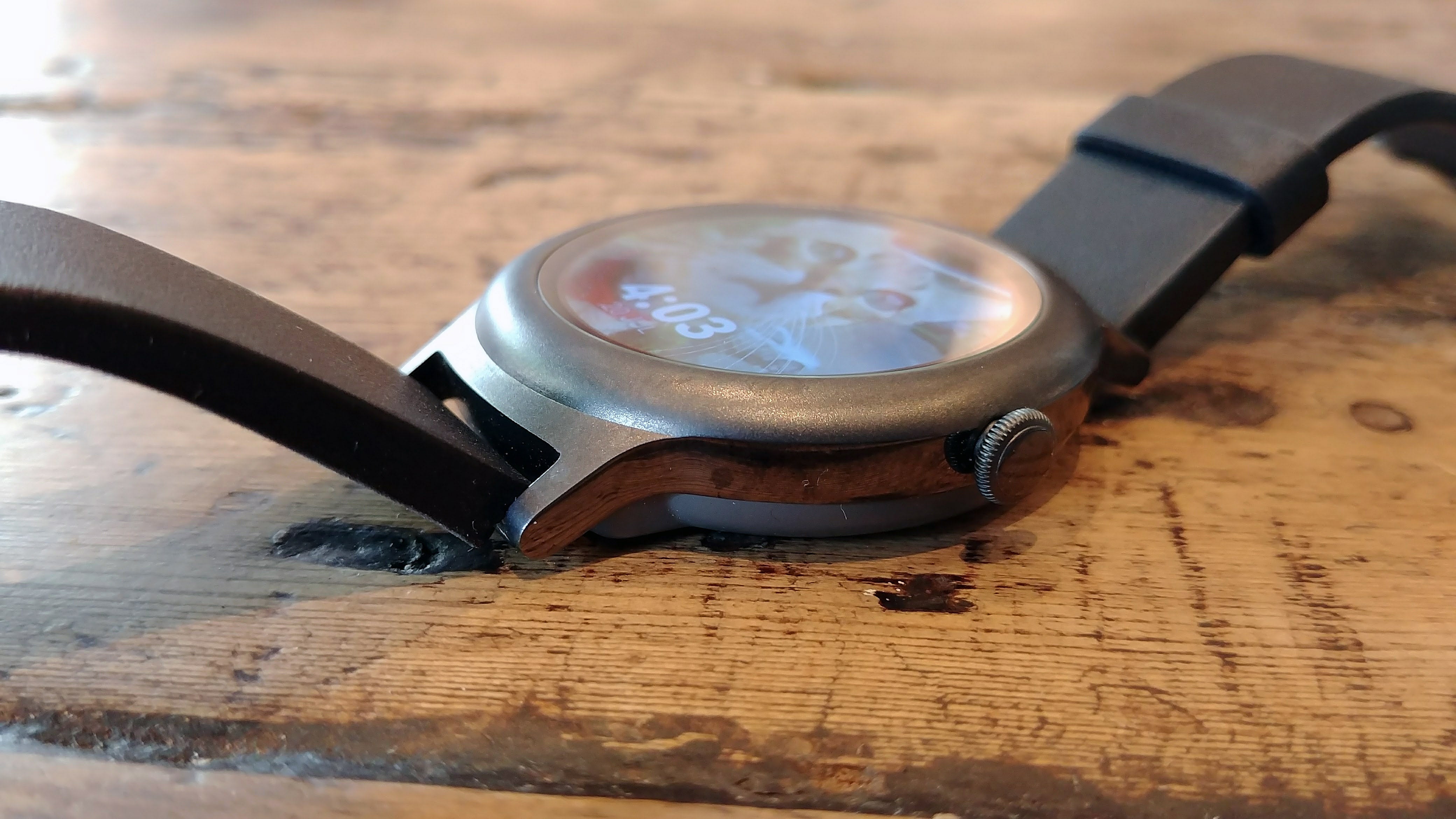 I much prefer the stripped back design to the overly-busy Asus ZenWatch 3’s three crowns.

The Watch Style comes with an Italian leather strap in a complementary colour to whatever casing you opt for. Out of the box it’s a little stiff, as genuine leather can be, but it soon breaks in.

While the watch is rated at IP67 for water- and dust-resistance, the leather strap probably means you won’t want to get it too wet. The straps use a quick release buckle so you can swap them out easily for a compatible 18mm Android Wear Mode option.

The screen is coated in Gorilla Glass 3 and uses a 1.2-inch P-OLED display with a resolution of 360 x 360 pixels. While the resolution isn’t as high as some rivals, it’s not as much of an issue on the smaller display. The screen is plenty sharp and bright, with the screen’s automatic brightness setting proving reliable and consistent during changing lighting conditions.