The software on the LG G5 is a little hit and a miss. It includes the latest version of Android – that’s 6.0.1 – with all the fantastic tweaks and additions that Google added towards the end of last year. However, like the majority of Android phones, it’s been heavily skinned.

LG’s UX 5.0 is nowhere near as sleek as vanilla Android. It doesn’t even match Samsung’s TouchWiz for overall style, and is way behind the HTC 10. Although, being fair to LG, it’s still slimmer and less in your face than it was previously. 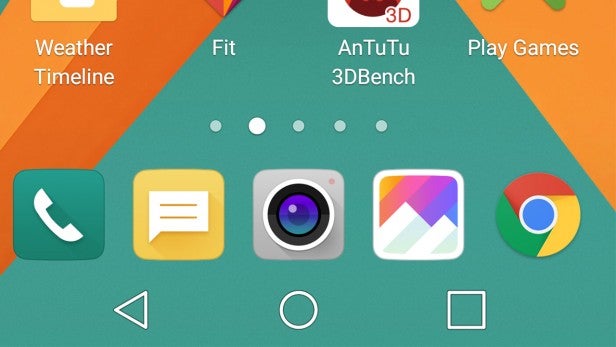 The biggest deal-breaker is that LG has – gasp – completely ditched the app drawer, which is exactly what Huawei has done. I know there are a few die-hard fans who view the removal of the app drawer as an unforgivable sin, but I’m okay with it. In fact, I might even prefer Android without it.

Hopefully, the rumours claiming that Google plans to let users choose if they want an app tray in Android N will ring true, keeping those on both sides of the fence happy. But for now, at least, the LG G5’s skin is only good for people like me.

The other problem here is the serious amount of bloatware loaded onto the phone. Combine this with the lack of an app drawer and your homescreen becomes super-messy. Alongside your typical Google apps, there’s LG’s own music player, email client and app store. LG Backup is present too, as is its RemoteCall Service plus Evernote, Instagram and Facebook.

I understand that most folk use Facebook, but I’d rather have the option to install it myself than it being forced on me. 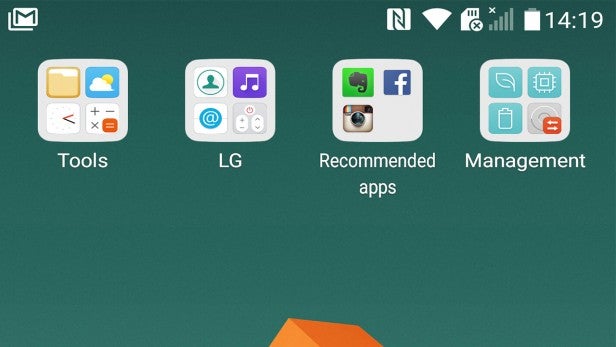 Considering I haven’t felt the need to use any of these pre-installed apps should prove that they aren’t particularly good.

However, I should add that the UI is very fast and smooth, something that wouldn’t have been the case in the past.

The internals at play here will be familiar to anyone who’s seen a flagship phone this year. A Qualcomm Snapdragon 820 is backed up by 4GB RAM, an Adreno 530 GPU and a single storage option – 32GB. That’s pretty much the same as US versions of the Samsung Galaxy S7 and HTC 10 handsets.

What do all these high-powered internals give you? A super-fast phone – obviously.

Browsing, scrolling through menus, opening up apps, and all the other things you do all-day, everyday on your phone are mostly smooth and lag-free. However, since general performance is so decent, it makes those moments when things don’t quite go to plan even more jarring. This is rare, but there has been a couple of instances when the phone grinds to halt.

Most of the time, though, the G5 performs brilliantly. Games run as intended, whether it’s an intensive title such as Hitman: Sniper or something far simpler, and there’s no stuttering when streaming 1440p video on YouTube.

Benchmarks aside, there isn’t currently anything you can really do with Android that pushes these high-end components to their fullest. It’s all about future-proofing them really.

32GB seems to be the sweet-spot for Android phones right now. Especially since most of them now make microSD expansion standard. There’s no 64GB option available for the G5, but expandable storage makes this less of an issue.

Be warned, though: the LG G5 doesn’t feature adoptable storage, which is disappointing. Adoptable storage is a useful feature Google debuted on Android Marshmallow. It enables phones to treat SD cards as internal memory – meaning that, if you shell out for a decent one, you shouldn’t suffer the performance issues associated with microSD cards. 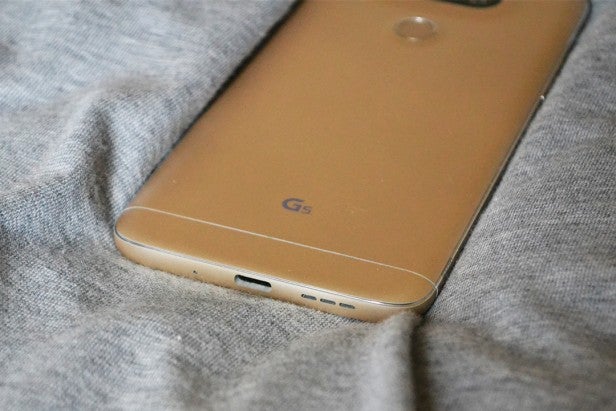 A single down-facing speaker produces adequate audio, but it isn’t in the same league as the HTC 10. It can reach quite loud volumes, which is handy for various alarms, but it lacks any sort of bass and depth for listening to music.

Still, the phone supports 24-bit audio so tunes sound will sound decent enough with a pair of headphones.

Call quality is superb, with my voice exceptionally clear even in howling wind. There’s a loud speakerphone too, and the microphones are very accurate.