LG is adept at producing smartphone cameras. In 2015, the company treated us to, arguably, two of the best camera-phones on the market with the G4 and V10 handsets – and the way things are going, LG is set to do the same in 2016. 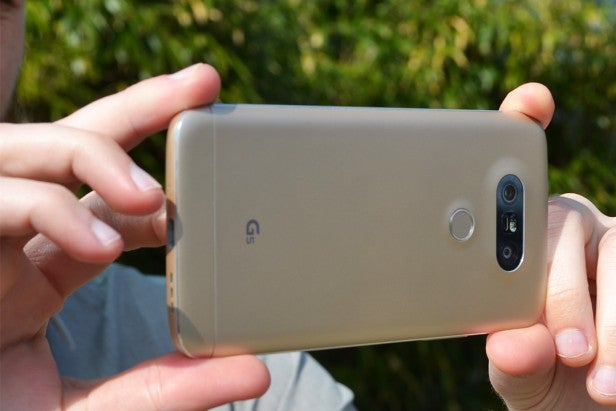 It will be the modular system of the G5 that will earn it many plaudits. For me, however, it’s the second, wide-angle camera sensor – which sits next to the regular 16-megapixel sensor – that’s the star.

This lets you capture GoPro-esque footage with a 135-degree field of view, which is in fact more than the human eye can actually see. Most phones tend to have a 75-degree view. 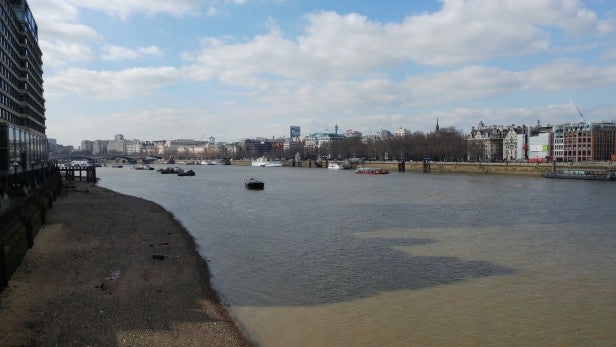 An example of a wide-angle shot

It’s an 8-megapixel sensor, so the results aren’t quite as sharp as the main camera, but the pictures it produces are genuinely different and, well, cool. It’s great for landscape shots, although I’d avoid using it for close-ups.

The main 16-megapixel, 16:9 camera is far more by-the-book, but it’s excellent nonetheless. Colours are natural, the laser-auto focus system is spot on, and each shot is packed with details. I generally prefer 16:9 photos, too, since they let you cram in far more of the background. It is possible to switch to 4:3 if you prefer, though.

Intricate detailing in walls, licks of paint on a picture and wool strands from a carpet are all picked out perfectly. 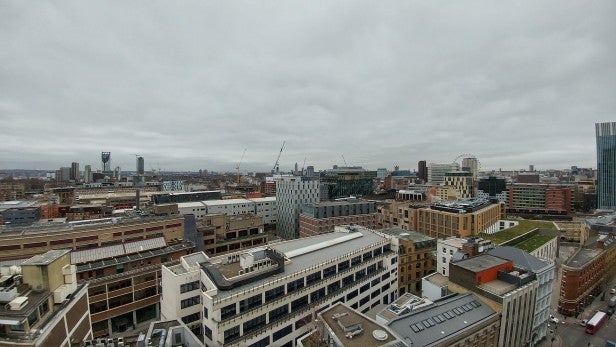 The laser auto-focus doesn’t do quite such a good job in low-light. It struggles with focus points when there’s a lack of a light source; it takes a couple of goes to get it right.

But low-light shots in general are really good. The f/1.8 aperture and optical image stabilisation combine to produce pictures that are bright, with strong colours, and mostly blur-free. You will need to hold the phone as still as possible, though – moving it suddenly throws the whole picture off. 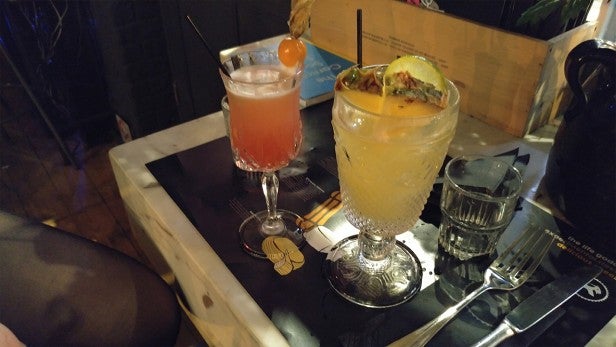 This was a very dark scene, but the camera still picks out the colours in the drinks

Switching between each sensor is easy and quick, and the camera app itself is fully featured without being overbearing. There are number of fairly useless modes, however, including one that lets you take a picture by saying “kimchi” (that delicious Korean fermented vegetable). Yeah, I don’t get it either.

Importantly, it’s quick to open. A double-tap on the volume-down button from the lock-screen takes you straight into shooting mode, and while it isn’t as efficient as double-tapping the home button – as you do on the Samsung Galaxy S7 – it works perfectly well. 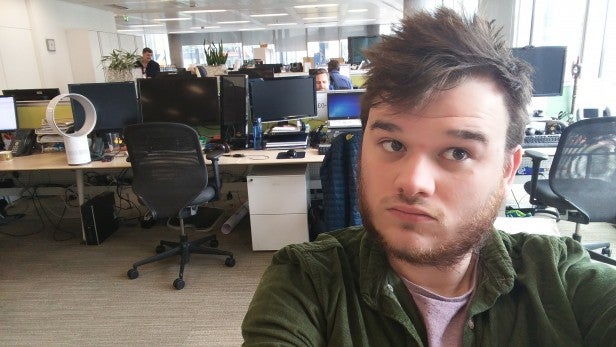 The front camera has a wide lens

4K/UHD video looks great, as you’d expect. It’s smooth and crisp, although shooting for long periods does cause the device to warm up ever so slightly.

Selfies taken with the 8-megapixel front-facing camera aren’t in the same league as the HTC 10, but they get the job done. It has a wide-angle lens, so you can cram multiple faces into the frame without the need for a selfie stick.