The Lenovo Yoga S940 is a top contender for the most stylish laptop, but it's held back by poor battery life and a disappointing keyboard. Still, if you buy this laptop for short productivity sessions, you won’t be left wanting – and it will definitely turn heads with its design and AI tricks

The Lenovo Yoga S940 is a clamshell device that sits at the premium end of the company’s productivity offering. The laptop is designed for convenience, yet doesn’t sacrifice anything in terms of looks.

The Yoga S940 also packs some interesting AI features, including Alexa support and the capability to dim the dispaly once you walk away from the laptop.

The gorgeous and feature-filled Yoga S940 doesn’t come cheap, though, with a starting price of £1259.99 putting it up against some of the hottest devices on the market. 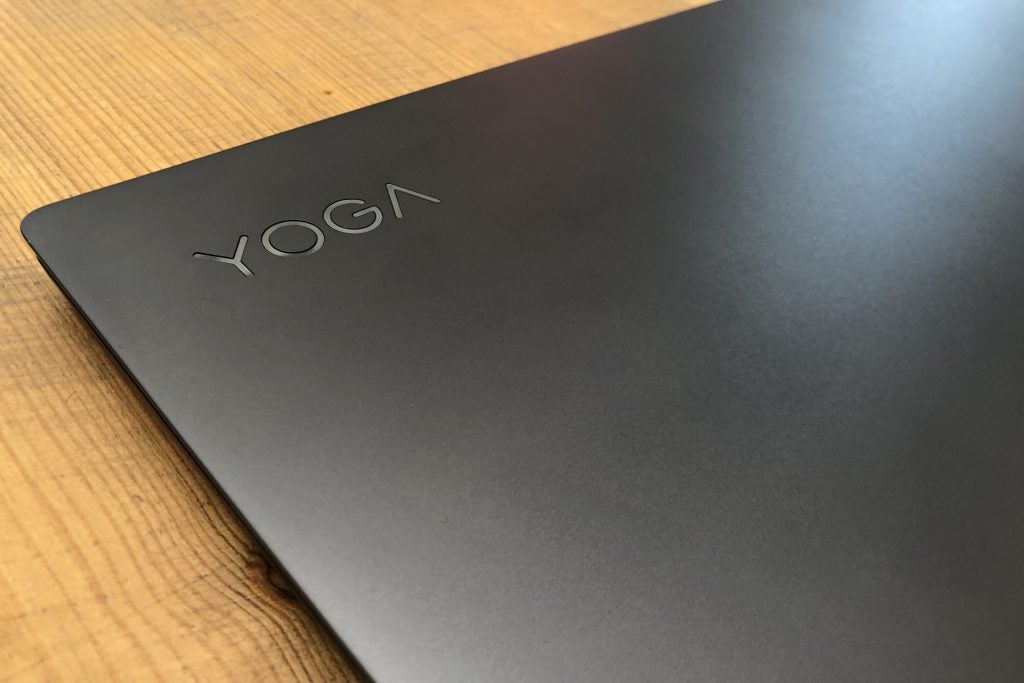 The Lenovo Yoga S940’s design is by far one of its most impressive traits. With a decent-sized 14-inch display in a super small and sleek form factor, this is one attractive device.

The aluminium body feels extremely premium, comfortably placing it on a par with laptop designs that command at the top of the pricing scale. If you’re looking for style outside of the Surface Laptop 3 15 and MacBook Pro 2019 world, then the Lenovo Yoga S940 is a leading contender.

The Yoga S940 sees two USB-C Thunderbolt, which are handy for speedy data transfers. There’s no standard USB-A port disappointingly, with Lenovo keen to drag us into the future, but it’s a pain being forced to buy a USB hub if your peripherals use the old USB-A format. You at least get a headphone jack, so you don’t need to adopt wireless headphones just yet.

The Yoga S940’s looks are only bolstered by its vibrant 4K display. If you’ve been using a device that comes with a lower-resolution panel, the upgrade to 4K feels significant.

Display testing backed up our positive initial impressions. When it comes to colour space, the screen offers 99.9% sRGB, 77% Adobe RGB and 86.4% DCI-P3, providing great accuracy for both digital art and photo-realistic images. The Yoga S940 has a cracking 1287:1 contrast ratio thanks to superb black levels and a screen brightness that goes all the way up to 474 nits.

In addition, the panel itself sits in a rather unique housing. Lenovo has used glass that curves towards the edge of the display, similar to some modern smartphone screens, offering super-thin bezels off the left and right.

The top of the display will catch the eye too. There’s essentially a reverse notch at the top of the screen, enabling the trim bezel and adding a handy ridge to easily open the laptop. Following a week with the device, I still don’t know how I feel about it.

One thing is certain: you’ll certainly forget about its presence when looking at the glorious screen. The notch mostly blends into the plastic and fits in with the overall laptop design. 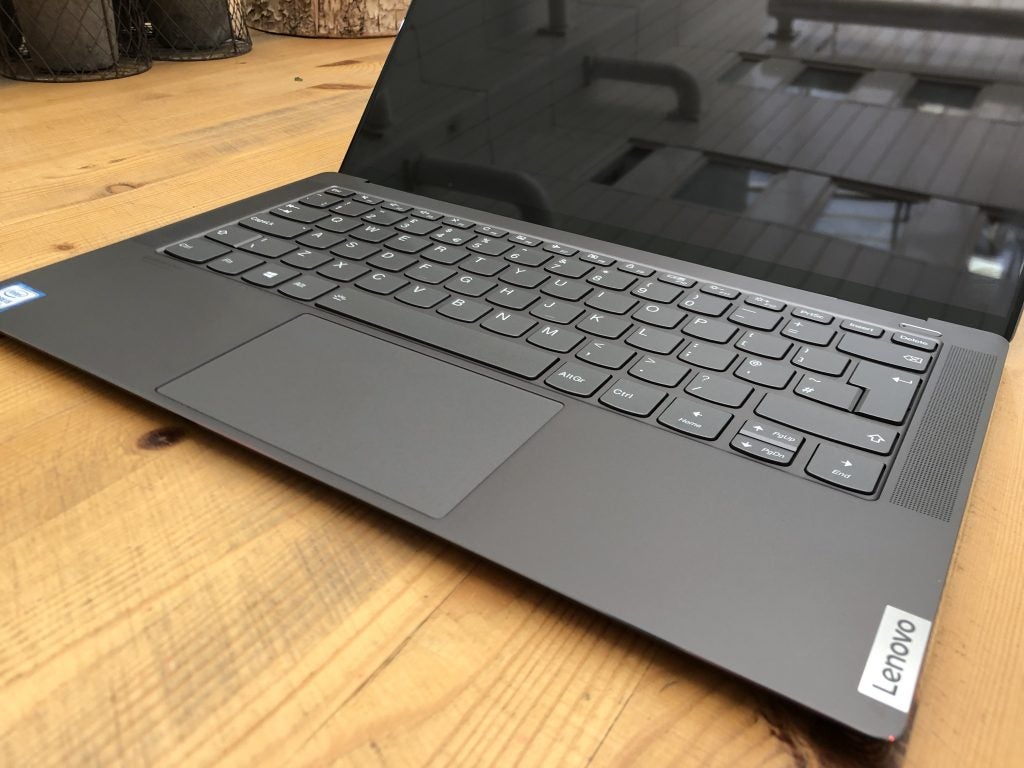 While that superb display is the first thing you’ll notice on turning on the Yoga S940, the second thing will be the keyboard. Unfortunately, it won’t be the high you felt on seeing the screen; it’s more likely to bring you back down to earth with a bump.

The mushy-feeling keys and flex in the build are a real let-down. For those fans of premium-feeling, clicky keyboards, the unit here may prove disappointing. It’s okay, and you will get used to it – as long as you don’t expect the class of keyboard that comes with devices such as the Dell XPS 13 2-in-1 and Surface Laptop 3 15.

The trackpad isn’t much to write home about, either. It’s a little small, but that’s to be expected given the overall size of the Lenovo Yoga S940. It works well enough though, with a suitable enough responsiveness.

The Lenovo Yoga S940 offers solid performance for a compact productivity machine. Our review model comes with the i5-8265U processor, 8GB of RAM and 512GB of SSD storage, and it’s priced at £1699.99.

These specs delivered some decent processor tests results: 4547 in our single-core Geekbench 4 test, and 11,722 in a multi-core test. The Lenovo’s pricing and scores position it against devices such as the HP Envy 13 and Dell XPS 13.

However, for the everyday tasks that a device such as the Yoga S940 is designed for, it proved itself more than capable. It took a heavy load of upwards of 8 to 10 tabs in Chrome to see any slowdown, and we didn’t experience any drops in performance when carrying out simple word-processing tasks.

The Lenovo Yoga S940 performed remarkably well when it came to the read and write speeds of its SSD storage. The read speed came in at 3489.5MB/s and write at 1,945.3MB/s. These speeds make it one of the fastest data transferring drives we’ve tested over recent times and that’s extremely impressive.

If you do want more bang for your buck, Lenovo has now introduced Intel’s latest 10th-Gen chips as an option for this model with little price variation – so definitely take this into account when making your final decision. 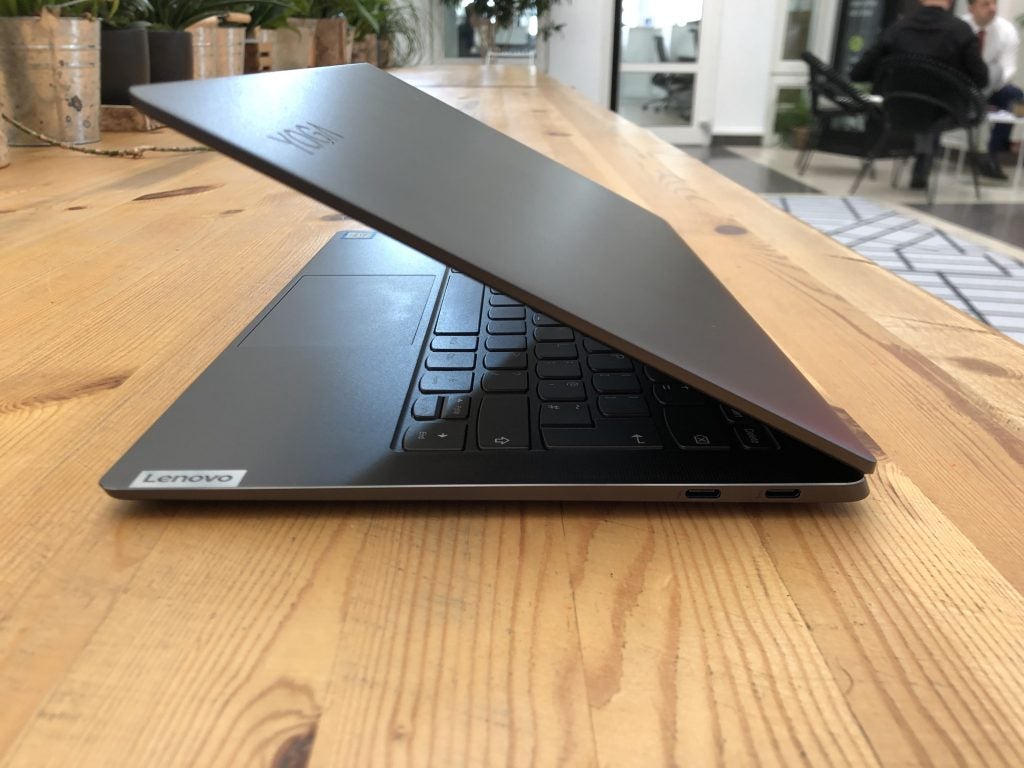 The Yoga S940 touts a range of AI features to try and bring some more convenience to your laptop life.

A key addition is the Glance eye-tracking software which enables you to quickly snap your pointer and windows from laptop screen to monitor by just looking. Glance also offers a feature that dims your screen when you move away from the screen, but we weren’t able to test this as it was absent from the software on our model.

Windows Hello also features, allowing you to log in by just looking at the laptop via facial recognition. This is entirely optional of course.

The Lenovo Yoga S940 also comes with Alexa support (requires download from Windows Store) and far-field microphones so you can issue commands from up to four meters away. In our testing, both Alexa and the microphones worked as advertised and are a useful addition for open up applications via voice command.

The Lenovo Yoga S940’s battery life could be a huge sticking point for many. Its sub-par performance is disappointing, but not uncommon in a device with a 4K display, especially considering the Yoga S940’s compact dimensions in which there’s limited room for a more substantial battery.

In the Powermark battery life benchmark, the S940 managed just 3hrs 19mins before giving up, but this does simulate power-thirsty applications. Thankfully, our real-world usage did see this extend to around 4 hours, but that’s still well below the target for productivity laptops.

Poor battery life is a significant sacrifice for that great 4K display, and it means that the Yoga S940 won’t get you through a full workday without needing to be plugged in. This may not be ideal for some.

If you’re happy with sessions lasting just a few hours away from the mains – whether it’s for use at home or whipping it out at a meeting – then this gorgeous laptop might be worth the battery sacrifice. 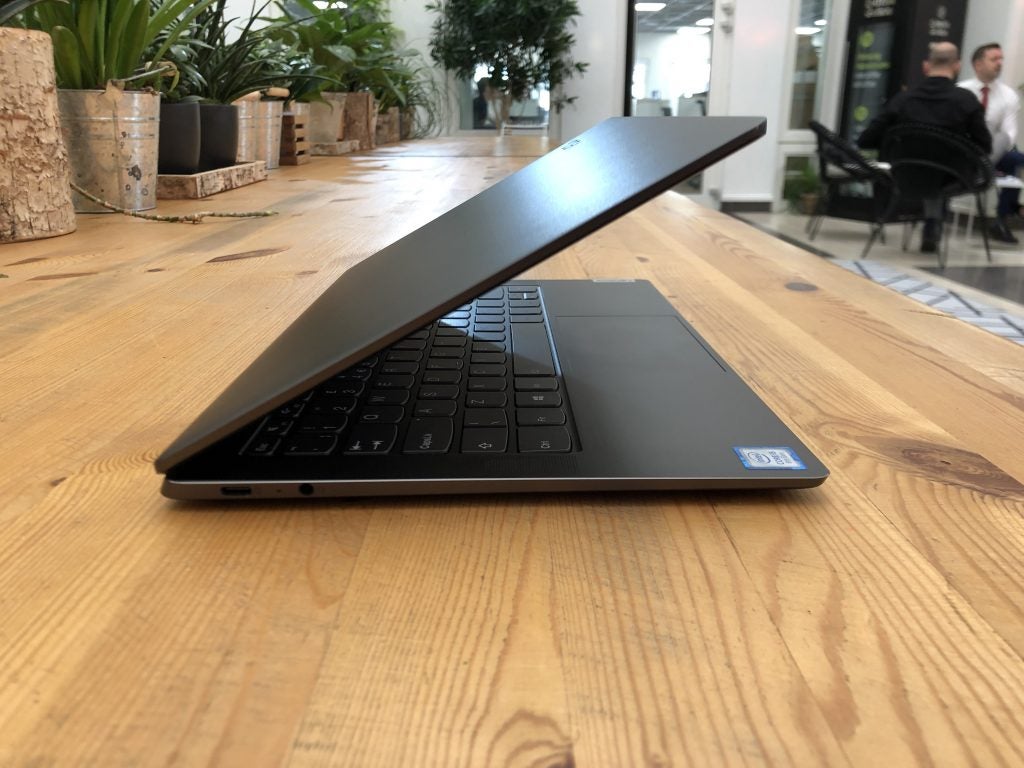 Should I buy the Lenovo Yoga S940?

The Lenovo Yoga S940 is one of the best-looking laptops on the market, from its refined metal build to its quality 4K display. However, the S940’s £1000-plus price point means it faces stiff competition, with laptops with more up to date components.

Other than its rivals, the main barriers standing between you and the Lenovo Yoga S940 are its average keyboard and poor battery life. The keyboard doesn’t live up to expectations given the price of the laptop, while the battery life rules out this device as a laptop that you can use all day without a charge.

However, if you love its looks, want a device that will allow for a decent level of productivity performance, and are a fan of its crisp 4K display then there are plenty of upsides to picking the Lenovo Yoga S940 as your next laptop.