What is the Lenovo Yoga 2 Pro?

A handful of recent hybrids have failed to nail this complex form factor at the budget end of the market, but Lenovo’s new Yoga 2 Pro is a refreshing change of pace: a high-quality, high-end hybrid unashamedly aimed at premium customers.

This £1,000 machine ticks the high-end boxes: a 3,200 x 1,800 touchscreen, a slim, light design and the latest hardware on the inside. It’s up against high-profile machines like the latest MacBook Air and Samsung Ativ Book 9 Plus, hybrids like the Sony VAIO Duo and Ultrabooks like the Toshiba Kira. 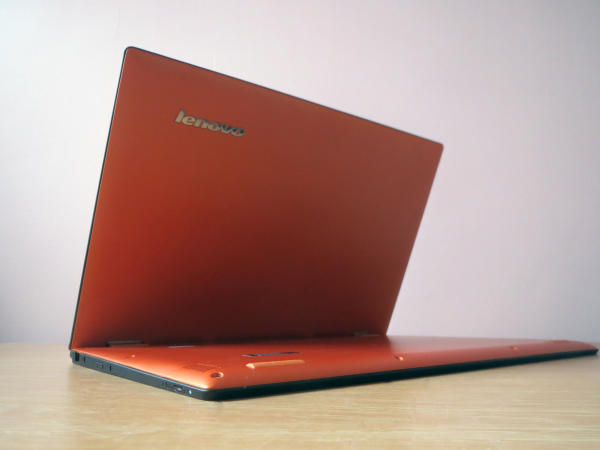 Lenovo garners attention for its hybrids with an attractive burnt orange finish, and that continues with this Yoga. It helps this machine stand out amid a market full of aluminium slabs, and it looks eye-catching and classy.

Ease open the lid and the high-quality aesthetics continue. The matte keys have black tops and white sides that light up, and the sunken keyboard is surrounded by mottled black material. Again, it stands out, and it feels luxurious under the finger.

The metal hinges stand out from the orange chassis, and the Lenovo logo shines. The orange colouring slants up from the base to create two-toned edges, and orange is used on the Function keys. We don’t like the trio of stickers on the wrist-rest but that’s a common enough complaint on Windows laptops – if this was our laptop, they’d be removed immediately. 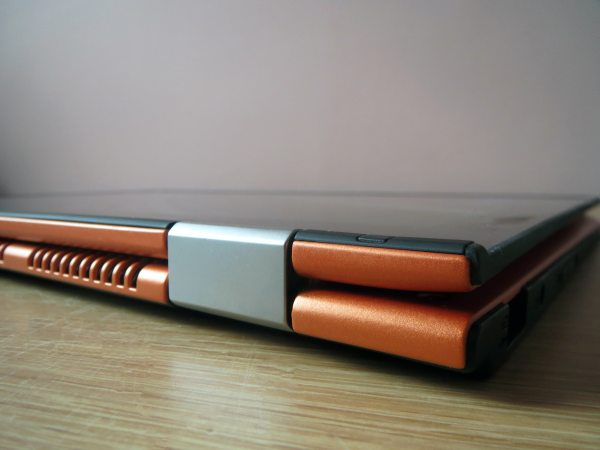 The Lenovo doesn’t just impress with its looks. It’s 15.5mm thick, which means it’s slimmer than the latest MacBook Air and the Toshiba Kira. Many hybrids, too, are thicker: the Sony VAIO Duo is 19mm from top to bottom and Lenovo’s cheaper IdeaPad Yoga 2 11 is 17mm thick.

The Yoga’s 1.39kg weight is in the same ballpark as many of its rivals, and only one recent machine has managed to undercut the Lenovo in both departments – Samsung’s Ativ Book 9 Plus, which weighed 1.3kg and was 13.6mm thick.

Lenovo has built one of the slimmest, lightest and best-looking hybrids around – and it’s done it without sacrificing strength. The dimensions mean there’s marginal flex in the corners of the wrist-rest and the centre of the screen, but the keyboard and underside feel strong, and the desktop didn’t warp when the screen was flexed. The hinges, too, are sturdy. 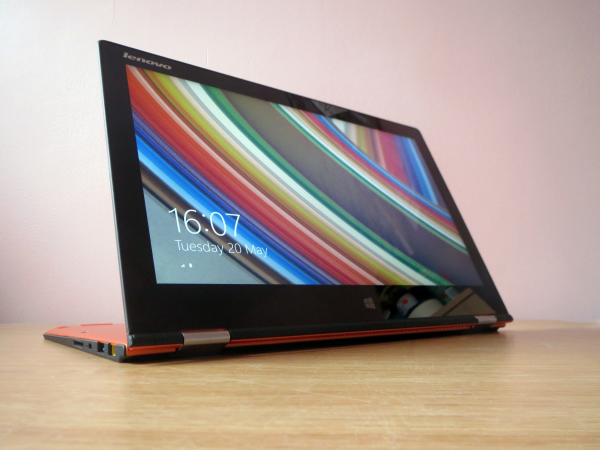 This is still a hybrid, and that raises familiar doubts. The 13.3in diagonal and 1.39kg weight make it difficult to use in one hand, which is the issue we’ve had with other hybrids. As usual, it’s best to use the Lenovo’s tablet mode in two hands, on a lap or a desk – and if you’re using it like that, it’s almost as easy to use this system as a laptop too.

It’s lacking in connectivity, too. The 802.11n Wi-Fi chip is dual-band, but it doesn’t support the future-proofed 802.11ac standard, and it’s only a two-aerial card – so it won’t be as fast as a three-aerial unit. There’s Bluetooth 4.0, but no Gigabit Ethernet port or adapter. The Lenovo has single USB 2 and 3 ports, a headphone jack and a micro-HDMI connector, but there’s no full-size HDMI adapter included. The SD card slot isn’t SDXC or SDHC compatible either.


The Yoga comes with an almighty resolution of 3,200 x 1,800 – enough to match the Samsung at the top of the ultraportable pile, and enough to outpace the displays inside the latest MacBook Air and Toshiba machines.

That means a huge amount of space for working, and it means that content looks fantastic when it’s properly optimised. Windows 8.1’s text, Live tiles and icons look smooth and sharp as they’re all scaled to mimic a 1080p resolution. Internet Explorer is equally adept at handling the resolution, and third-party apps look just as good – if they’ve been properly optimised. 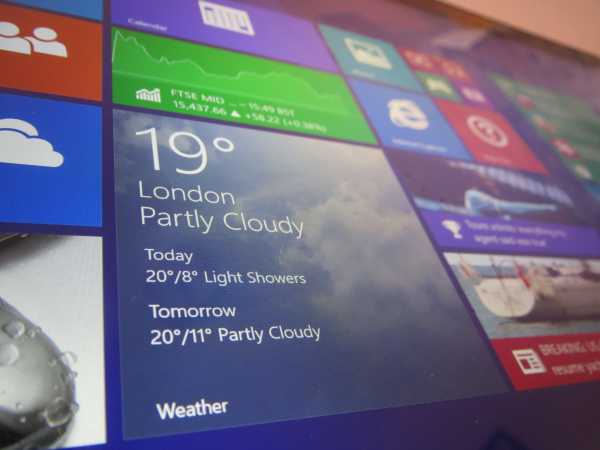 That’s the big issue for Windows laptops with high-resolution screens, and it affects the Lenovo. Many third-party tools just aren’t able to cope with the pixels on offer, with squashed interfaces, incorrectly-displayed page furniture and low-resolution fonts and images all highlighted.

Benchmark results were inconsistent, too. Its 362 nit brightness level is one of the best we’ve seen, improving on the MacBook and Samsung, but the Lenovo’s 646:1 contrast ratio is mediocre – the Toshiba Kira hit a mighty 2,326:1. The Lenovo’s result means its colour palette lacks the subtlety of the best screens.

The 0.56 nit black level is average, so it was tricky to tell apart dark shades right at the bottom of the spectrum. Colour accuracy isn’t great, either: the Delta E of 4.86 is mediocre, and around a dozen shades in our test spectrum jumped up to a Delta E of around 15 – even worse. The Lenovo’s sRGB coverage level of 86.7% is good, and this screen excelled when rendering deep blue shades, but it’s still not top-tier.

The speakers have enough volume to fill a room, but the audio lacks quality. There’s just enough bass to help the mid-range feel punchier, but those treble sounds are still hampered by a lack of nuance – and the high-end is too tinny.