Like the Leica TL2 before it, the CL relies on contrast detection for autofocus, and the focus point can be set anywhere in the frame. There’s a broad range of AF area selection methods on offer, including two freely positionable modes called Field and Spot with different-sized focus points, alongside subject-tracking and face detection. Alternatively, you can let the camera find the subject for itself, using a 49-point grid. To aid accurate manual focusing, both a magnified view and peaking display are available. 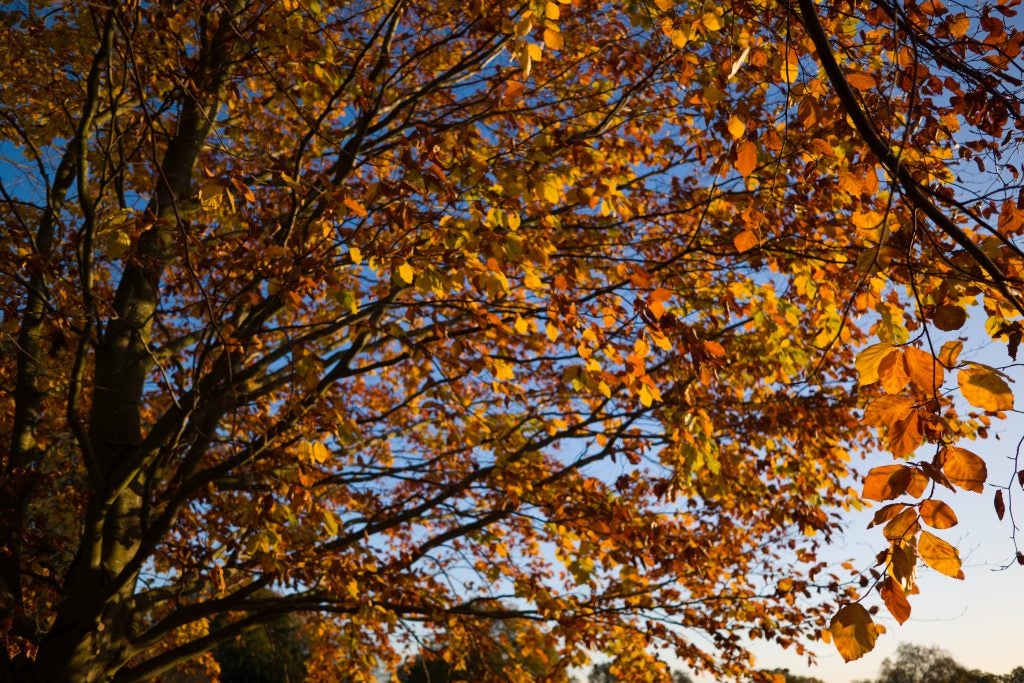 In the past, Leica cameras have suffered from rather sluggish autofocus, which isn’t surprising given that it’s a small company without the huge R&D resources of the Japanese electronics giants. But they’ve improved a lot recently, and when I tested the TL2 earlier this year I found it was as quick as you might reasonably need, at least for static subjects. Not surprisingly, since it shares many of the same innards, the CL is just as good. Equipped with the tiny 18mm f/2.8 pancake it focuses in the blink of an eye, and continues to work very well even when light levels fall. 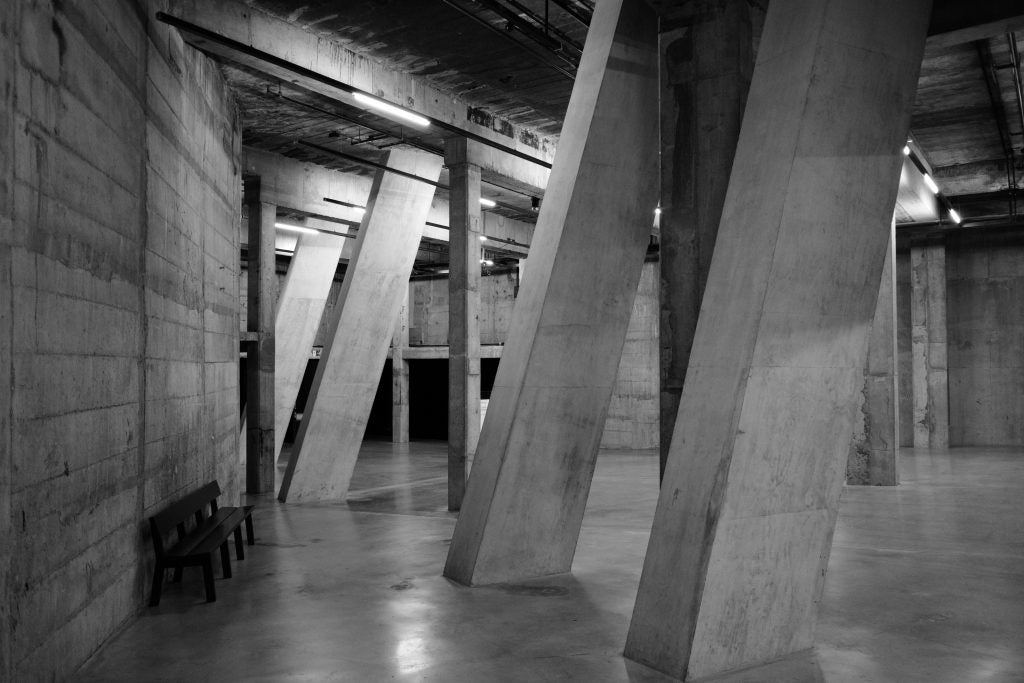 One disappointing quirk, however, is that while it’s really quick to set the AF point using the D-pad when shooting with the viewfinder, or by touch when using the LCD, the two are mutually exclusive menu items. So if you want to use the D-pad with the viewfinder, you also have to use it with the LCD – but if you switch across to touch focus, you can’t move the focus point at all when you’re looking through the EVF. I’d like to see a firmware update that separates the two, allowing you to use touch focus with the LCD regardless of the mode selected for viewfinder use.

Once you’ve familiarised yourself with the CL’s controls and started putting it to real-world use, you’ll find that it’s a quick, polished performer. It responds instantly to the physical controls, and as a result, it never gets in the way of the shooting process. This, fundamentally, is the hallmark of a really good camera. Used in its multi-pattern metering mode, the CL turns in reliable exposures, and generally does a good job of protecting highlights from losing information irretrievably. However the metering does seem to be strongly influenced by the AF point positioning, and can clip highlights if you focus on a dark area of the frame. But with the electronic viewfinder and optional live histogram, you have enough information to apply exposure compensation when necessary to counter this, or simply when you want to lighten or darken the image for aesthetic effect. 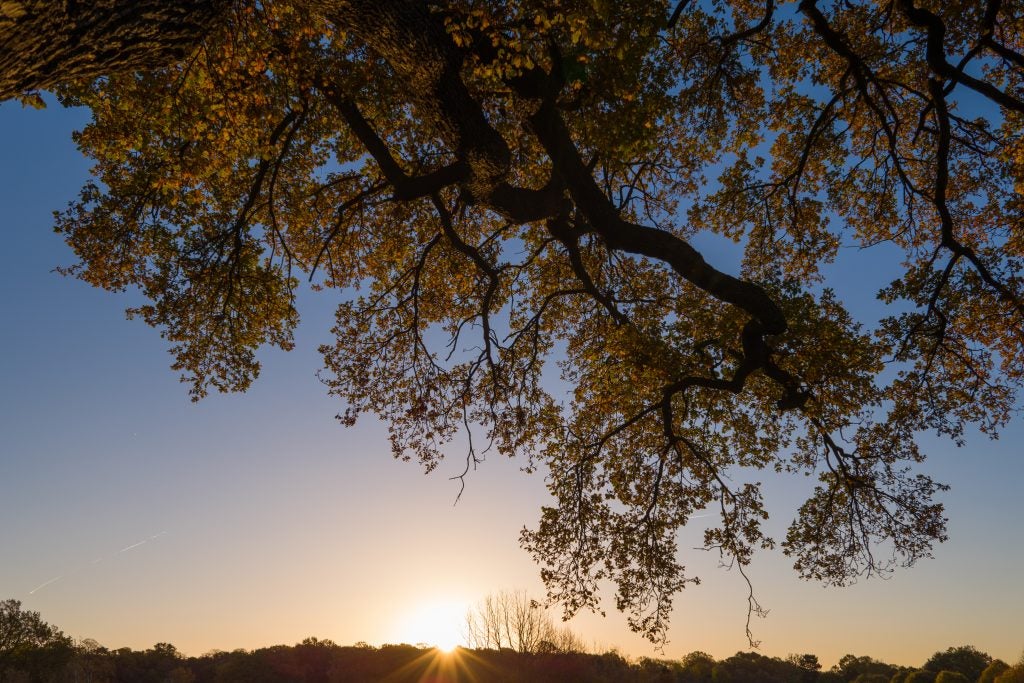 If you’re planning on shooting RAW it certainly makes sense to protect highlights, as the sensor’s huge dynamic range means a lot of detail can be recovered in shadow regions without excessive noise. Because the camera records its raw files in Adobe’s standard DNG format, you’ll also be able to start working on them immediately in your existing software, without having to wait for an update to support the camera.

Leica’s default colour rendition tends towards accuracy rather than crowd-pleasing punch, and in general I preferred to turn up the saturation a notch when shooting in its Standard mode. The CL also has a Vivid option that can give images a real lift on a dull day, although it’s often a bit too much for my tastes. However the high-contrast black & white mode is a delight for photographers who like to shoot in monochrome. 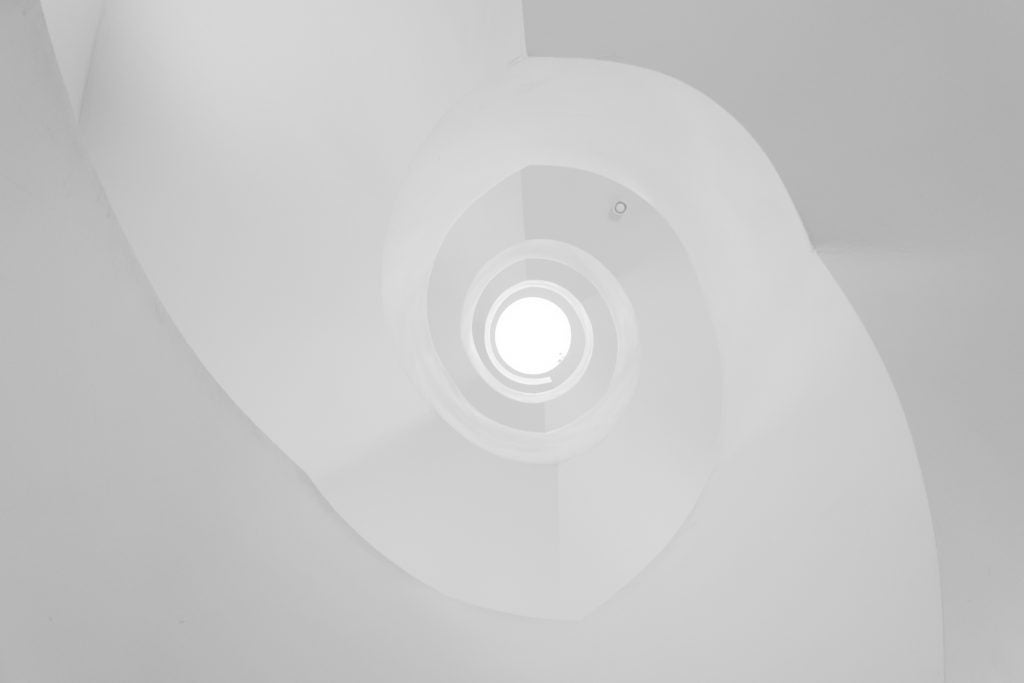 If there’s one area the CL falls down, though, it’s in continuous shooting. This isn’t due to lack of speed, as in my tests it achieved its specified shooting rate and buffer depth. The problem is that the camera can’t show a live view display between frames during a burst, so instead shows a slideshow of recently-shot images, which makes it difficult to keep track of a moving subject. This is one area where Leica feels some way behind the times.

My only other point of concern comes with using the touchscreen for playback, as zooming into images and scrolling around to check detail can feel somewhat laggy. This didn’t bother me too much personally, as I tend to use physical controls anyway, but it might irk some buyers.

Inside the Leica CL is a thoroughly modern 24.2-million-pixel APS-C sensor, which means its raw image quality is very good indeed, and essentially a match for modern APS-C DSLRs. The camera delivers a huge amount of detail at low sensitivities, aided by Leica’s excellent lenses, and there’s great deal of scope for pulling extra detail out of deep shadows. 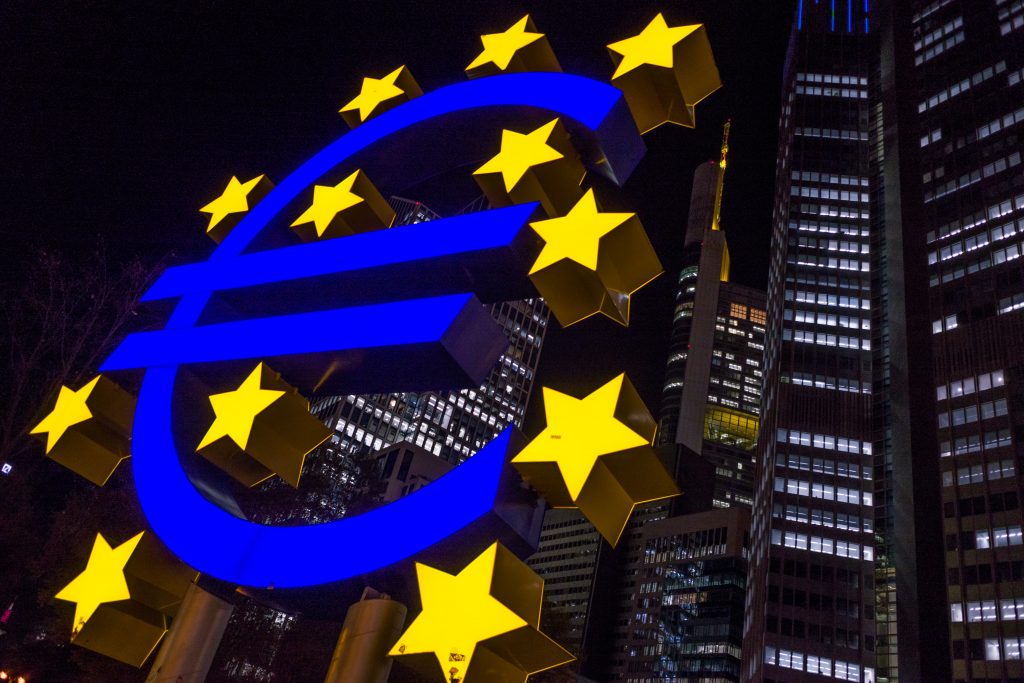 High ISO noise is kept extremely well under control too. It only really becomes visible at ISO 1600 and above, and I’d be perfectly happy to shoot at ISO 6400 as a matter of course.

Tested using the new Leica Elmarit-TL 18mm f/2.8 set to an aperture of f/5.6, the CL delivers impressive results in our resolution tests. At ISO 100 it achieves around 3900 l/ph, which is about as much as its 24MP sensor could possibly deliver. Boost the sensitivity to ISO 1600 and it still attains an impressive 3600 l/ph. Things go downhill more quickly after that, but even at ISO 12500 the CL resolves 3200 l/ph, with results in excess of 3000 l/ph attained at ISO 50000. However you’ll only get this shooting raw – in JPEG results are a little lower.

At low ISO settings the Leica CL delivers extremely fine, detailed images with no visible noise. It’s only at ISO 1600 that a little grittiness creeps in, but it’s unlikely to be visible in print, instead only when you view images up-close onscreen. By ISO 6400 noise is having a much stronger impact, with shadow details disappearing and quite obvious luminance noise in the mid-tones, but the images are still generally quite usable. Higher ISO settings are more problematic though, and while I’d use ISO 12,500 when necessary, the two highest settings show excessive loss of both colour and detail. 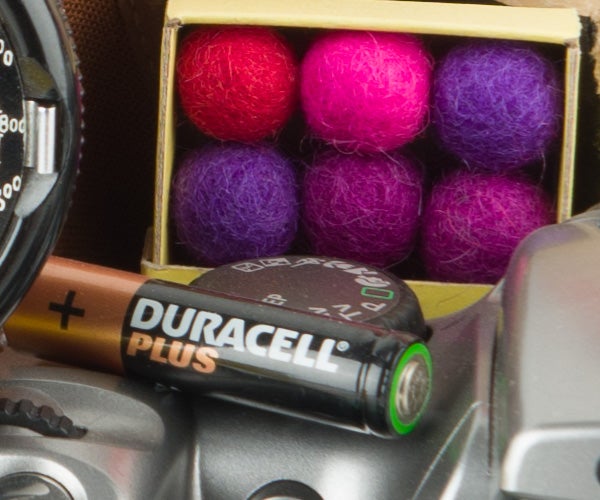 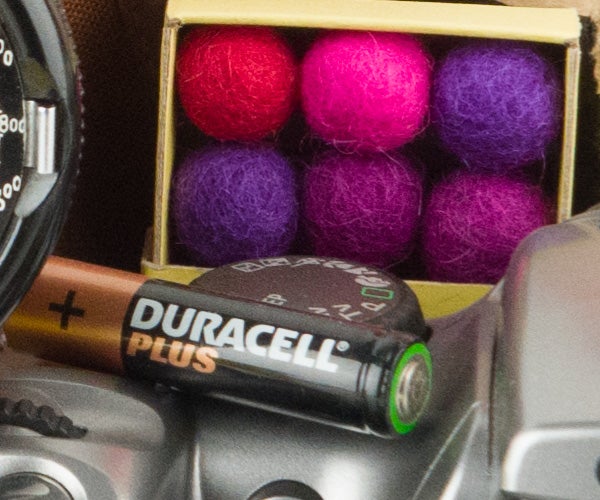 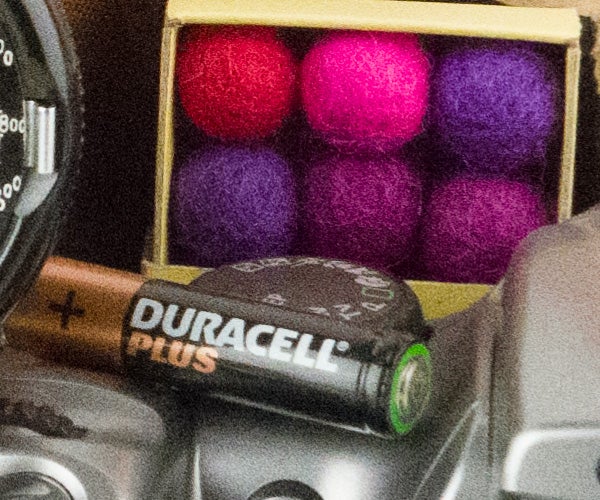 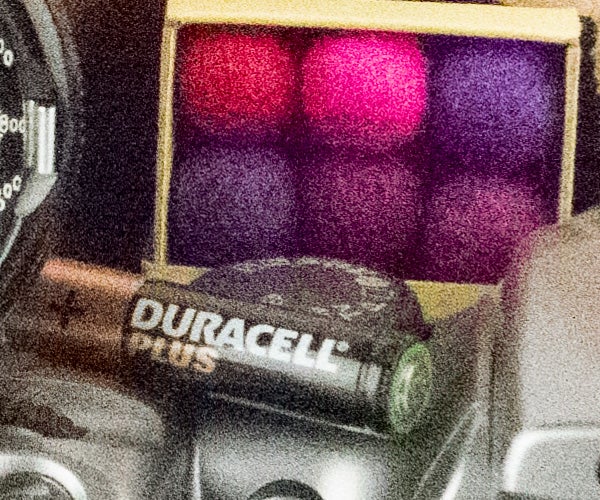 Should I buy the Leica CL?

At £2250 for the body alone, and over £3000 with a lens, the Leica CL is a pricey piece of kit. With that in mind, I have to warn you against ever picking one up. Only because if you do, you’ll want one. It’s so drop-dead gorgeous that you might find yourself contemplating selling your vital organs on the black market to raise the funds. Indeed the CL is exactly what a digital Leica should be: small, fast, intuitive and unobtrusive. I think it’s one of the firm’s best designs yet, alongside the Leica Q and M10. Rationally it’s still far too expensive for what’s on offer, but rationality isn’t necessarily the name of the game with Leica. It’s a brand for people who know what they want, and have the money to afford it. 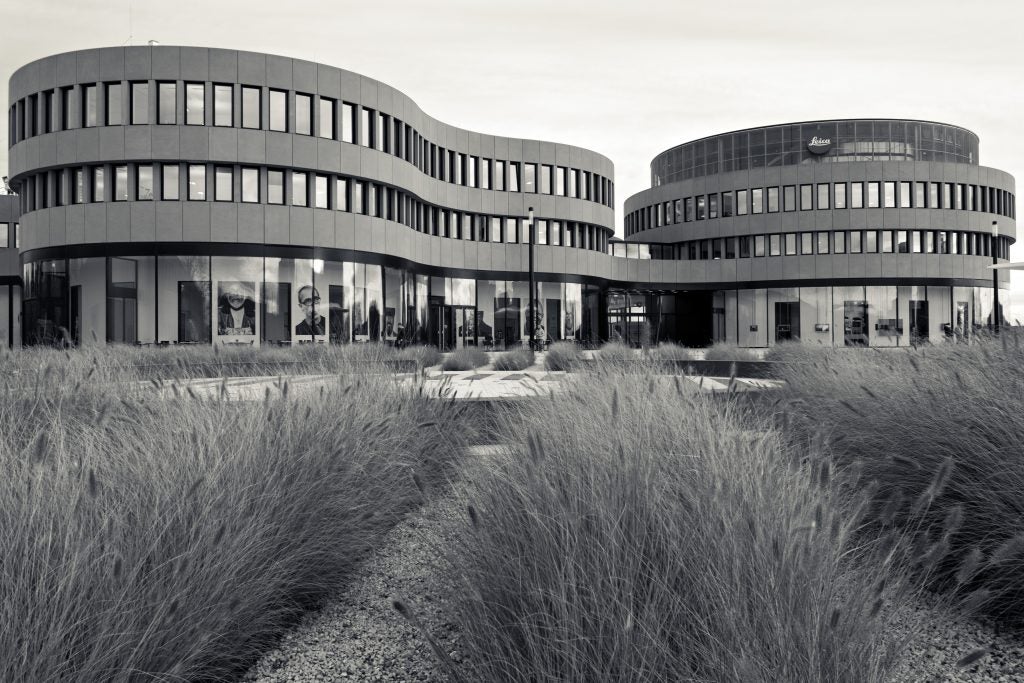 Key to the CL’s appeal is the way Leica has pared it right back to the essentials, which is (quite literally) the company’s motto. So rather than feeling like it’s been built by a team of engineers hell-bent on fitting every imaginable feature into the smallest possible box, the CL gives the impression that it’s been designed by people who are themselves passionate photographers, with the sole aim of giving fellow photographers the best possible tool. As a result, it works pretty much perfectly out of the box; it’s a really smart, elegant design that even manages to look fabulous without feeling the need for superfluous cosmetic flourishes. 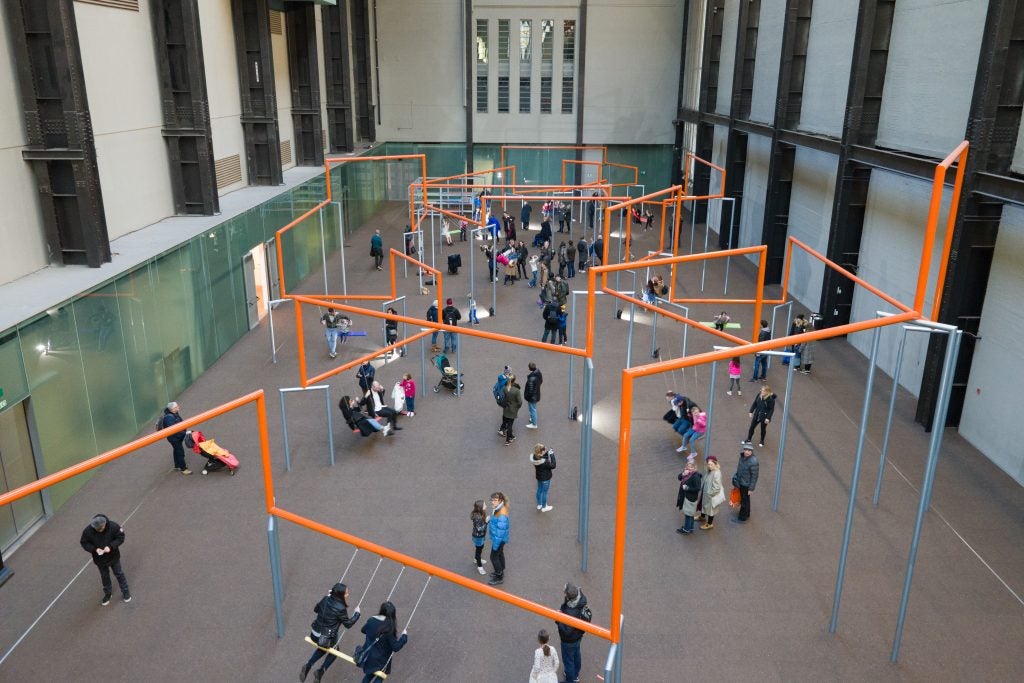 Of course there’s always the question of lenses; Leica’s APS-C L-mount range has the main bases covered, but it lacks the constant-aperture zooms and array of small fast primes that most other mirrorless systems can now boast. The prices are stratospheric, too, but Leica is keen to point out that this reflects the sheer quality of its optics.

The CL is wonderfully tactile camera that begs you to pick it up and start taking pictures. It’s far too pricey for most, and has some fairly obvious flaws, but even so it’s a hugely desirable piece of kit.