Leica has introduced a new rangefinder camera to its legendary M series. Rangefinders use a style of focusing that was first introduced over a century ago, with focus achieved by converging the views taken from two windows mounted on the front. Most rangefinders – this one included – require manual focusing.

It sounds more complicated than it is, and some of the most famous photographers of the 20th century used rangefinders to capture some of the most iconic images. Think Henri Cartier-Bresson, Robert Capa, Robert Doisneau, Larry Burrows, W Eugene Smith… 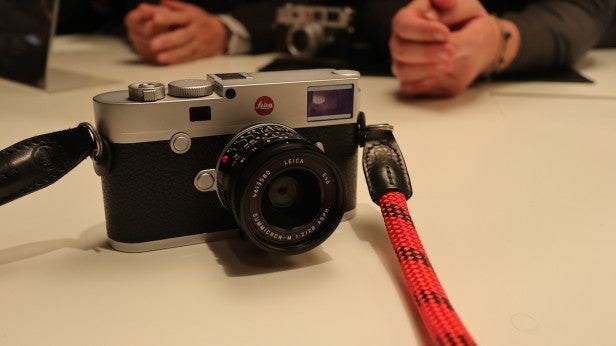 The M10 is the latest digital incarnation of that range, following on from the M (Typ 240) from 2012. Features include a 24-megapixel full-frame sensor, a MAESTRO II processor, and a viewfinder which has seen some improvements made to it.

Not exactly a camera for the financially challenged, the Leica M10 is available to buy now for a cool £5,600 – and that’s for the body only. Lenses cost extra.

One of the key improvements Leica is keen to shout about is the new thinner body for the M10. This brings it in line with the dimensions of the old M-series film cameras – something which was evidently quite the technical challenge. 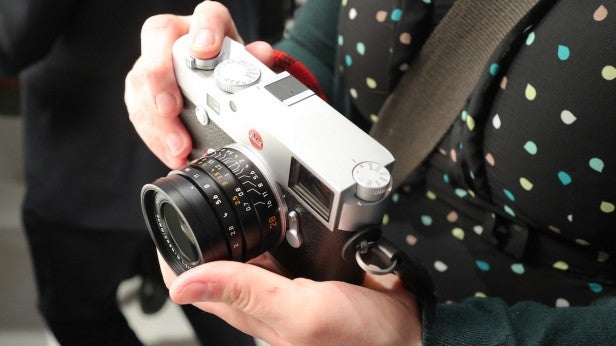 Manually focusing may seem strangely old-fashioned to modern consumers, and certainly if you’ve only ever used DSLRs, or CSCs, in the past, it’ll be quite the change. It requires a lot more anticipation of the shot.

Oozing with beautiful retro style, the design of the M range has basically been kept the same since its inception with the Leica M3 in 1954. In fact, it’s possible to use lenses from that era with this new camera and have them work in exactly the same way.

Having spent such a huge chunk of cash, you should expect quality – and you really do get that with a Leica. As soon as you pick up the camera, you can feel that it’s weighty in a reassuring way, with precision engineering making it feel like it’s going to go the distance. Each camera is handmade in Germany – I got a tour of the manufacturing facility as part of the launch for the M10, to see the craftsmanship first-hand.

This type of camera has traditionally been favoured by reportage and street photographers, and it’s not difficult to see why. It’s a small camera, but it still has a full-frame sensor inside it – it looks nothing like a DSLR and therefore perhaps suggests you’re not a serious photographer at all. You can opt for either a black and silver finish, or completely black – the latter probably being the best option for complete discretion.

Using the viewfinder takes a fair bit of time to get used to for those who are new to rangefinders. As mentioned, in order to focus you need to converge two areas in the middle of the viewfinder until the images line up. You do this simply by turning the focusing ring on the lens.

Once you get the hang of it, you’ll find you can do it quite quickly. It’s most critical when you’re shooting at wide apertures and the subject is quite close, otherwise, at narrower apertures and with subjects farther away, you can afford to be a little less precise. When you nail the focus, the resulting images can be incredibly sharp, though, so it’s worth taking some time to get to know how it all works.

Because the camera doesn’t have a mirror, the viewfinder also doesn’t display what the lens sees like an SLR does. This means you have to rely on illuminated frame lines within the eye viewfinder which show you (almost) exactly what’s in frame and what isn’t. This also means that you can see things which are outside your frame but about to wander into it – something which is very useful for street and reportage photography. When you’ve achieved focus, the lines will automatically correct for parallax error – in simple terms, they’ll more accurately show you what will be inside the frame.

Leica has made several improvements to the viewfinder. It has a 30% larger field of view, is more comfortable to use (especially for anybody who wears glasses), and the magnification has increased to 0.73x. During my brief time with the M10, this extra space made things a lot easier when I was trying to focus so precisely and spending a lot of time looking through the finder. 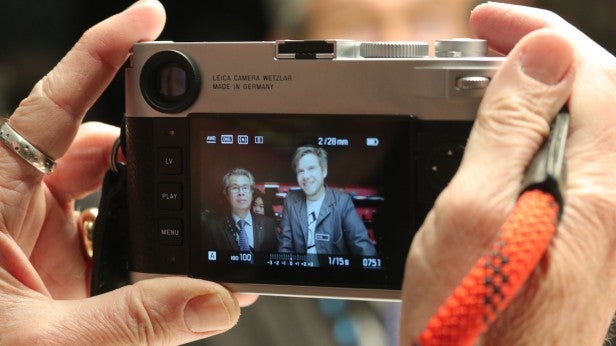 If you don’t fancy using the finder, you have the option to use the screen to compose with Live View. With this, focus peaking will help you to nail the focus by displaying coloured lines along sharply focused edges. Remember, though  that using Live View regularly will drain the battery.

In an attempt to simplify how the camera operates, Leica has really stripped back the number of buttons. There are now just three on the back – playback, Live View and Menu – which is joined by a four-way navigational pad. If you want to change a setting such as white balance, you have to head into the menu, but, to speed things up, you can set up a favourites menu with all your most commonly used settings. 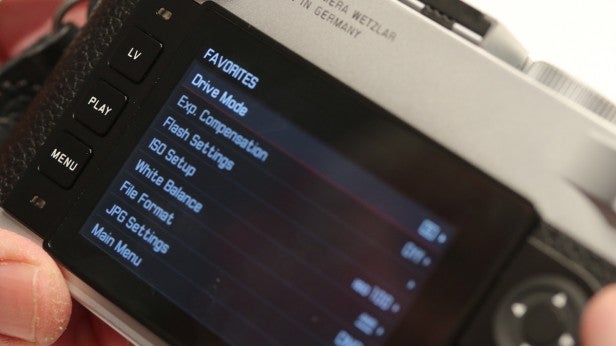 On the top of the camera is a shutter-speed dial, which has an automatic setting. You need to use the aperture ring on any lens you’re using to set the f-stop. A new addition is an ISO dial, which you need to lift up in order to twist. Here you can set ISO up to 6,400, as well as set it to automatic. If you select the M setting, you’ll be able to pick ISO values up to the maximum new setting of 50,000 from the main menu.

A little quirk of this camera is that, in order to access the SD card, you need to remove the entire base plate. Perhaps less a quirk and more of an annoyance, but it’s a nice nod to 35mm Leicas of old, where you needed to remove the base to load the film.

Wi-Fi’s been included for the first time in a digital M. With this, you can send across shots to be uploaded to social media sites and the like, or you can also remotely control the camera. I haven’t yet had a chance to test out how reliable or quick this process is. 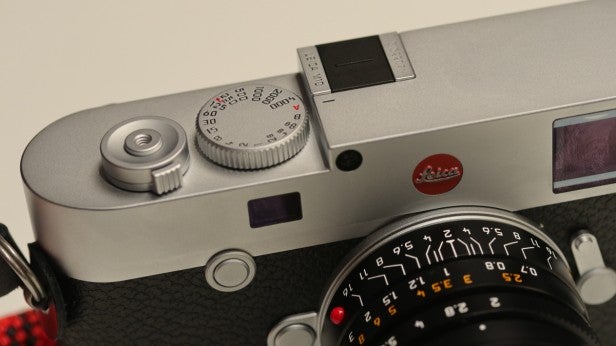 Although I only had a short time with the camera, I was able to take some test shots in a studio environment at Leica HQ in Wetzlar, Germany. It comes as no surprise that image quality is superb. Tones are beautiful and the sharpness is extraordinary. Studio shooting isn’t really the perfect choice for this camera, so it’ll be interesting to test it in a more diverse range of conditions to see how well it performs.

Some sample shots taken on the Leica M10: 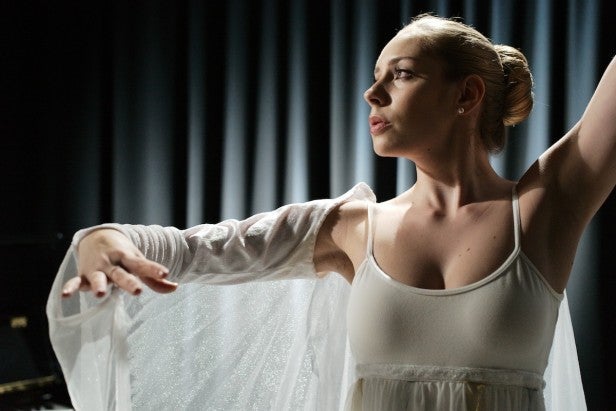 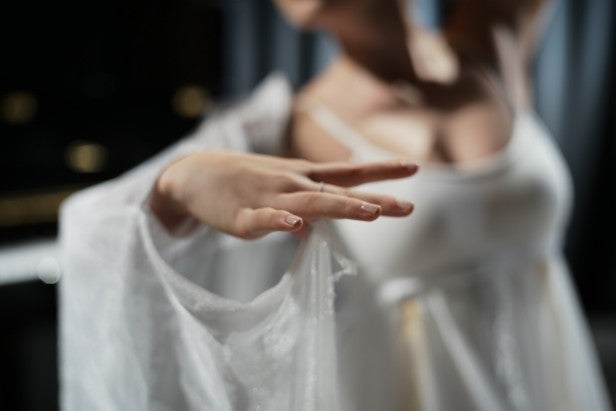 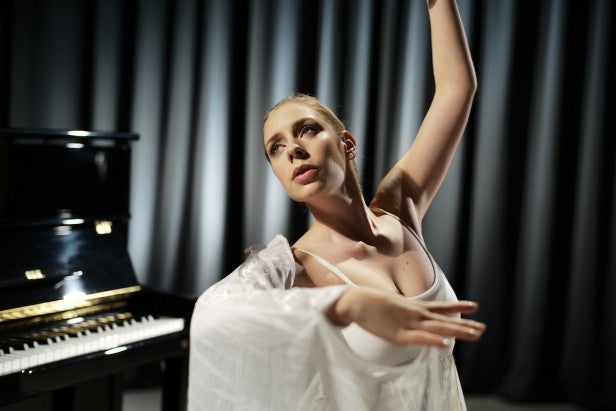 This camera represents a serious investment, both in terms of money and time. But for those who put the effort in, the rewards are likely to be bountiful. Yes, it’s expensive, but sometimes you get what you pay for – this camera is built to last and should keep you going for many, many years.

Early indications are that image quality is fantastic, and I don’t expect my opinion to change with further testing, but it’ll be good to have that confirmed when I get one in.