What is the Leica CL?

With a 24.2-million-pixel APS-C sensor, 2.36-milion-dot EVF, and Leica’s mirrorless L mount, the new Leica CL is a camera that, on paper, stacks up closely to Sony’s highly regarded A6000. So why, you might ask, does it cost five times as much? 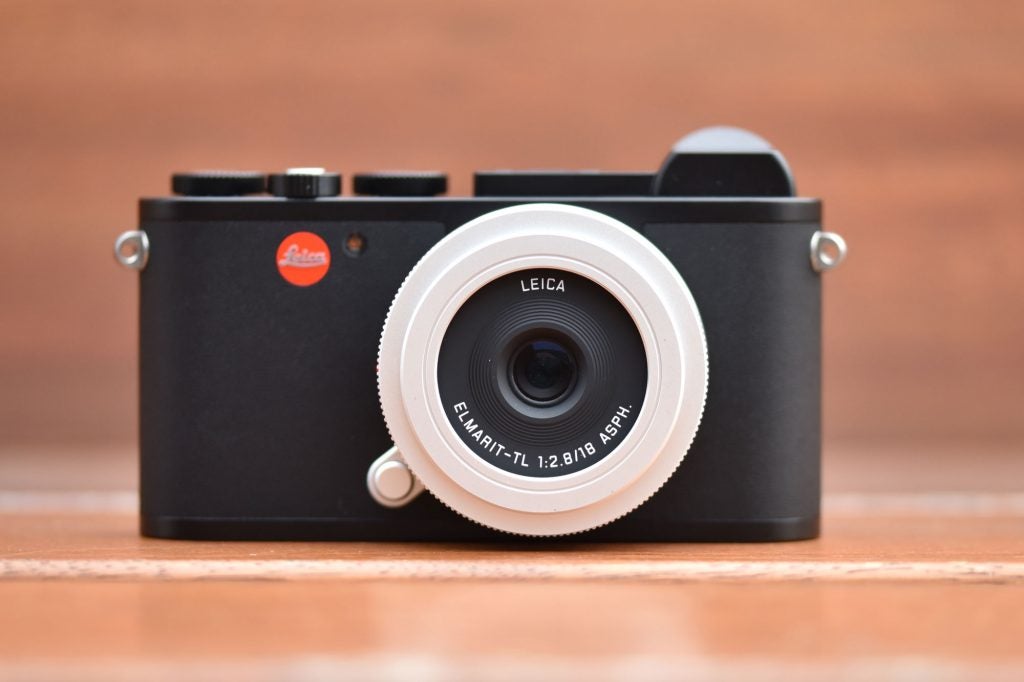 The Leica CL kitted out with the new Elmarit-TL 18mm f/2.8 ASPH lens in silver

The answer lies in the red dot on its front plate and all that it stands for. Unlike the original CL, this new model is assembled in Germany, and where others like to throw in every imaginable feature, Leica prefers to strip cameras back to their essence as pure photographic tools. The result tends to be a wonderfully straightforward shooting experience that other manufacturers could learn a great deal from.

From a week using the Leica CL prior to its launch, I’m prepared to declare it a definite hit. I think it’s fabulous. 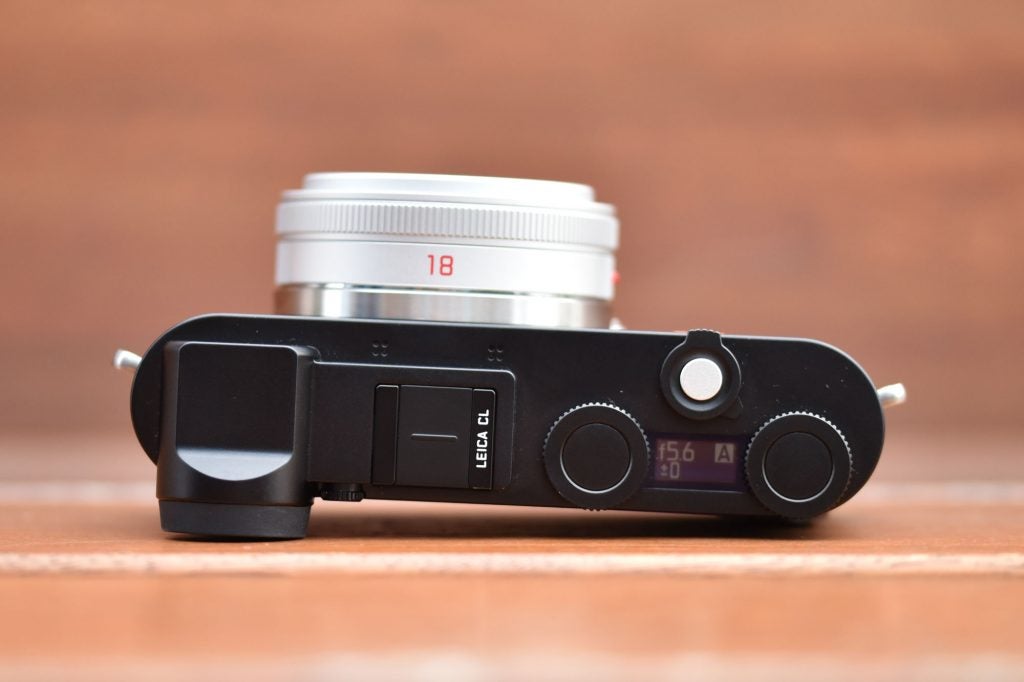 First, though, let’s take a look at the CL’s feature set. Its core components are the same as the Leica TL2’s, with a 24.2-million-pixel sensor teaming up with Leica’s Maestro 2 processor to offer a sensitivity range of ISO 100-50,000. Autofocus is taken care of by a contrast detection system that covers the entire image area, and the camera is capable of shooting at an impressive 10 frames per second, with a 33-frame buffer while recording JPG and DNG RAW files. 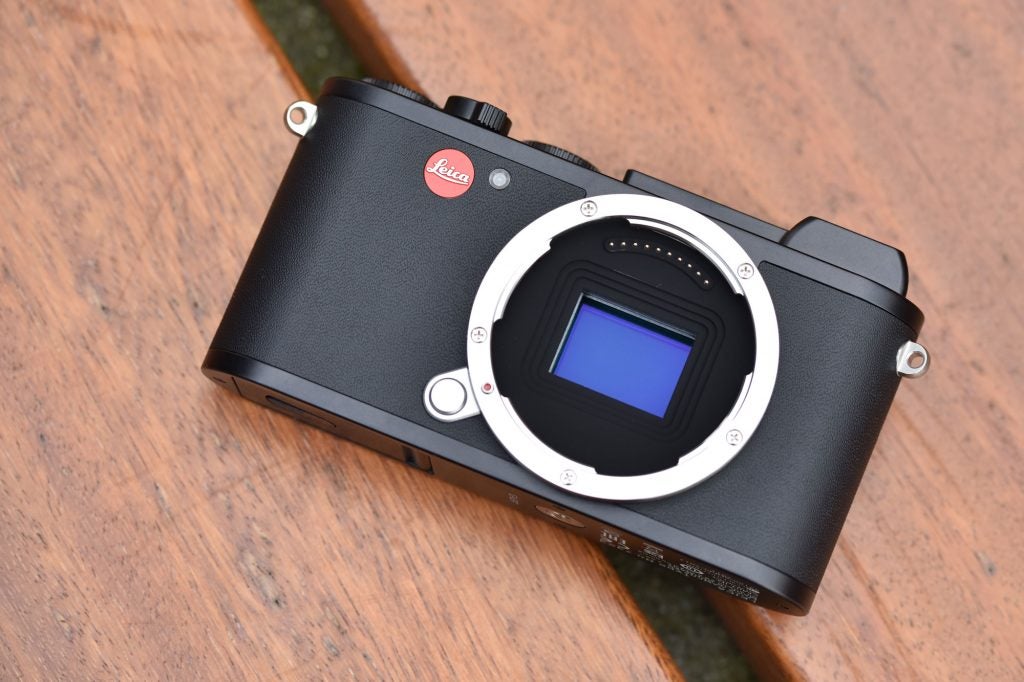 Shutter speeds range from 30-1/8000sec using the (pretty quiet) mechanical shutter, extending up to 1/25,000sec with the silent electronic shutter. In a welcome update from the TL2, it’s now possible to manually select the electronic shutter in the menu, for when you want to shoot as unobtrusively as possible, or alternatively choose the mechanical shutter for when you need to avoid rolling shutter distortion.

For video, 4K recording is available at 3840 x 2160 resolution and 30fps. You can use the touchscreen to pull focus from one subject to another, and apply exposure compensation to lighten or darken your footage (although the clicking of the camera’s control dial is likely to be audible on your soundtrack). However you don’t get any direct control over shutter speed, aperture or ISO, and the camera has neither headphone nor microphone sockets. If you’re serious about video there are much better cameras available, but the CL will do a reasonable job for casual shooting. 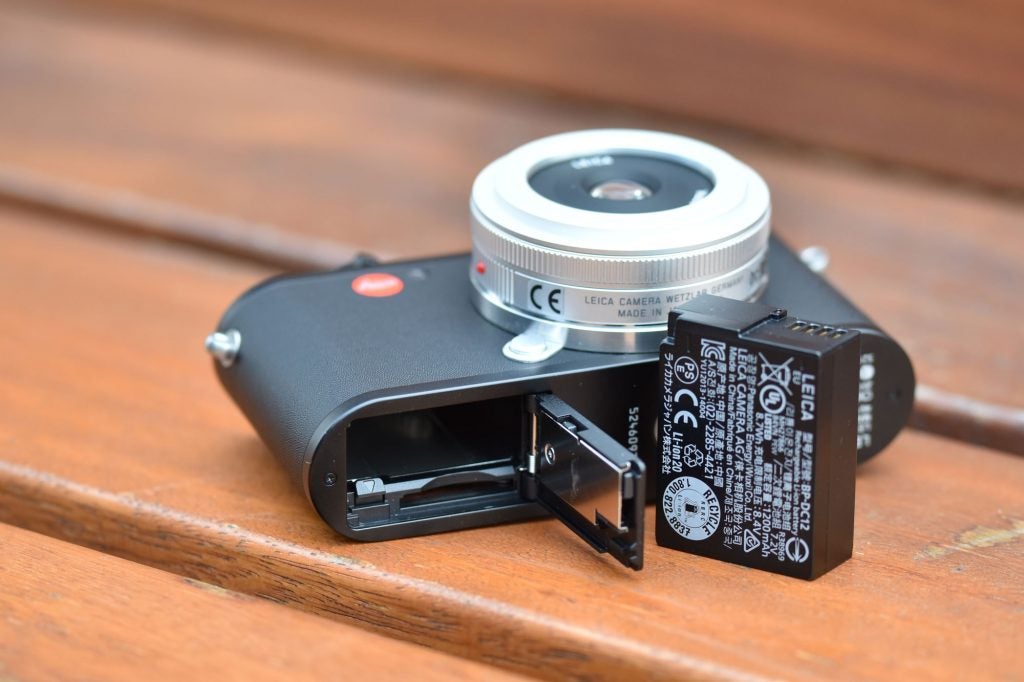 The BP-DC12 Li-ion battery promises 220 shots per charge. It can only be charged externally; there’s no option for convenient USB charging

Wi-Fi is built-in, of course, allowing image sharing and remote control from a smartphone using the free Leica CL app for both Android or iOS. However there’s no other form of remote release. There’s no point in looking for USB, HDMI or remote release ports either, as the CL doesn’t have any.

If there’s one serious concern, it’s that neither the camera nor its matched lenses have any form of image stabilisation. This feels anachronistic and means only electronic stabilisation is available for video recording. One saving grace, though, is that Leica’s well-considered Auto ISO program uses high shutter speeds to reduce the chances of subject blur from hand shake, while taking the lens’s focal length into account.

Like another recent retro-themed design, the Olympus PEN-F, the CL bears little physical resemblance to the film camera that it’s named after. Instead – and again, just like the PEN-F – it’s inspired by the iconic Leica III, often considered one of the most beautiful cameras ever made. But where the Olympus is all twiddly lines and oh-so-elaborate faux-mechanical controls, the Leica is pared right down to a jet-black, form-follows-function design. Both have their merits, but the Leica exudes a more purposeful presence. This, you feel, is a camera that was designed to be a serious photographic tool. 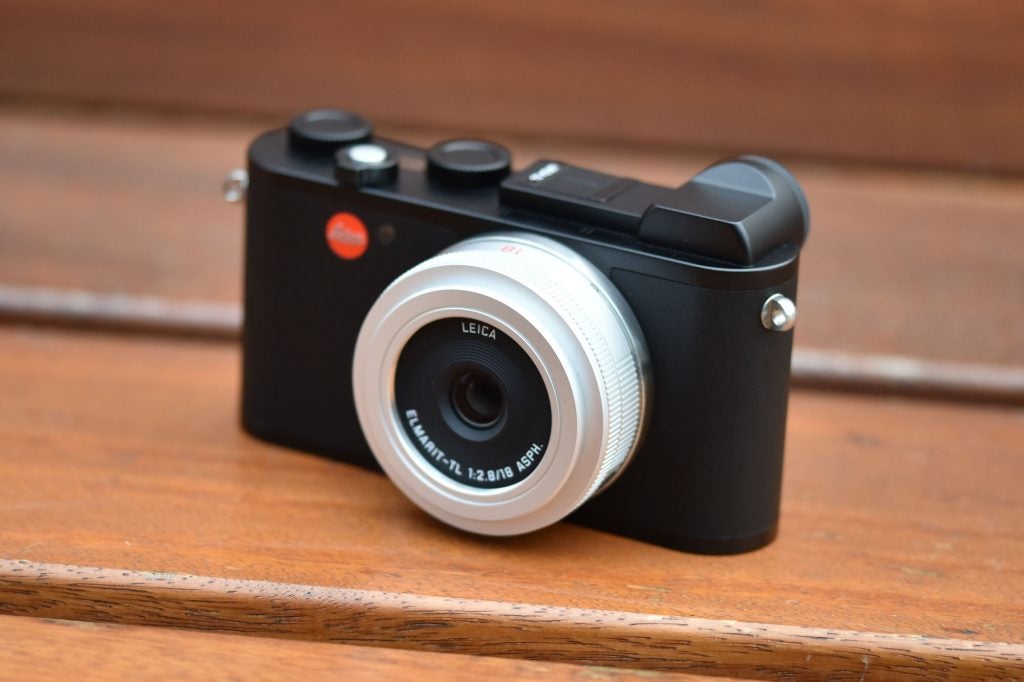 What’s more, the CL isn’t just a looker; pick it up and it feels as though it’s been hewn from a solid lump of metal. The top and base plates are made from milled and anodised aluminium, while the front and rear panels are magnesium alloy. A lightly textured leatherette covers much of the body, and Leica’s signature curved ends make the CL fit surprisingly snuggly in your hand. It feels smaller than its 131 x 78 x 45mm dimensions suggest, and weighs in at 403g. For those who’d like a more positive hold on the camera, Leica will be offering a matched bolt-on metal grip, along with an array of fitted leather cases and straps. 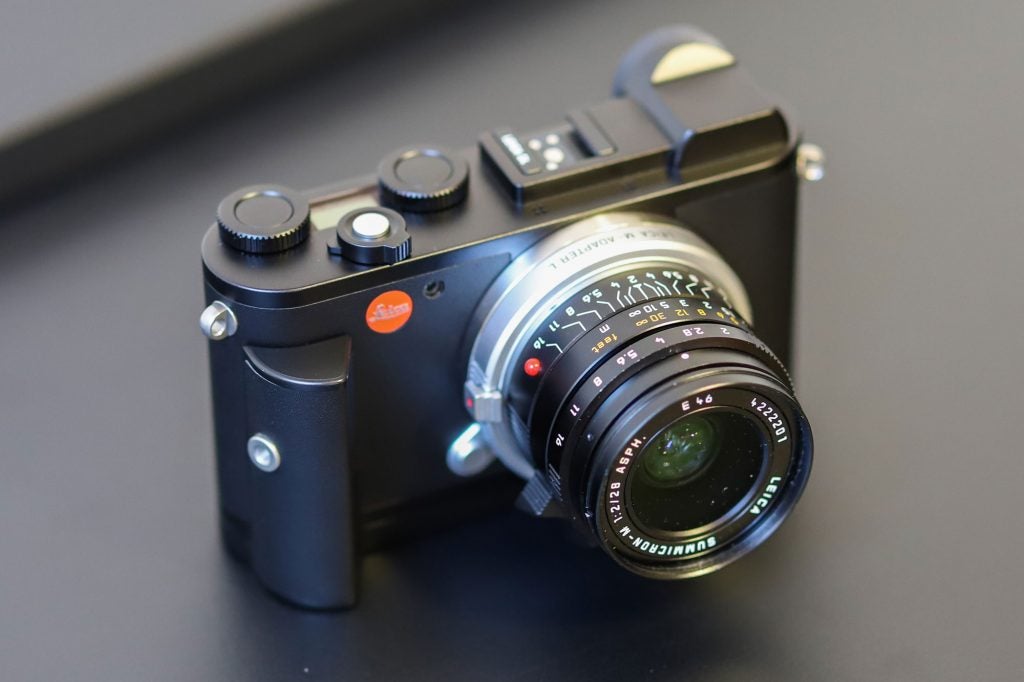 The CL makes do with a surprisingly small number of external controls. Joining the shutter button and its encircling power switch on the top plate is a pair of electronic dials that are used to control the key exposure settings: shutter speed, aperture, and exposure compensation. In a small stroke of genius, each has an inset button that temporarily changes its function when pressed; the left dial alters to set the exposure mode, while the right dial changes the ISO. However the latter can be re-assigned to certain other functions such as metering mode or exposure bracketing, selected by pressing the button down for a second.

The back of the camera is also unusually simple. To the left of the touchscreen is a column of three buttons, one to enter playback, one for the menus, and a second customisable Fn button that by default controls white balance. In Leica’s usual way, pressing the menu button first accesses a user-customisable ‘Favorites’ screen, with the full menu accessed by a second press of the menu button. 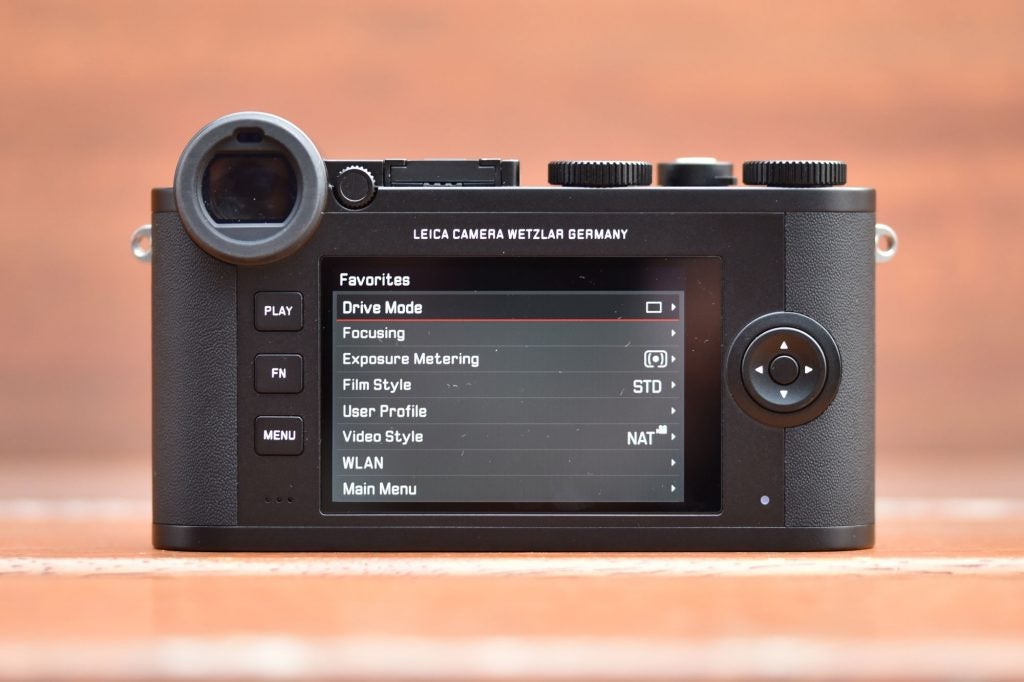 On the right of the touchscreen is a four-way D-pad, that’s used for navigating menus and changing settings. When shooting with the viewfinder, it can also be used to reposition the autofocus point, and is perfectly positioned for the job. As a result, the CL is great to shoot with, making it easy to change every important setting without taking the camera down from your eye.

The touchscreen itself can be used to set the focus point when you’re shooting with the LCD, or for browsing images in playback. Sadly, though, the CL doesn’t inherit the TL2’s fabulous touch interface for changing settings – instead it has very conventional, purely button-driven menu screens, much like the Leica M10 and Leica Q. I can see Leica’s thinking here, as it wants the CL to appeal to purist photographers and clearly thinks a conventional list menu will be comfortingly familiar. But I’m a purist photographer and still love the TL2’s quick, intuitive touch interface; indeed it’s the camera’s best feature. So I’d rather see Leica extend it across its entire range, including to the M-series. 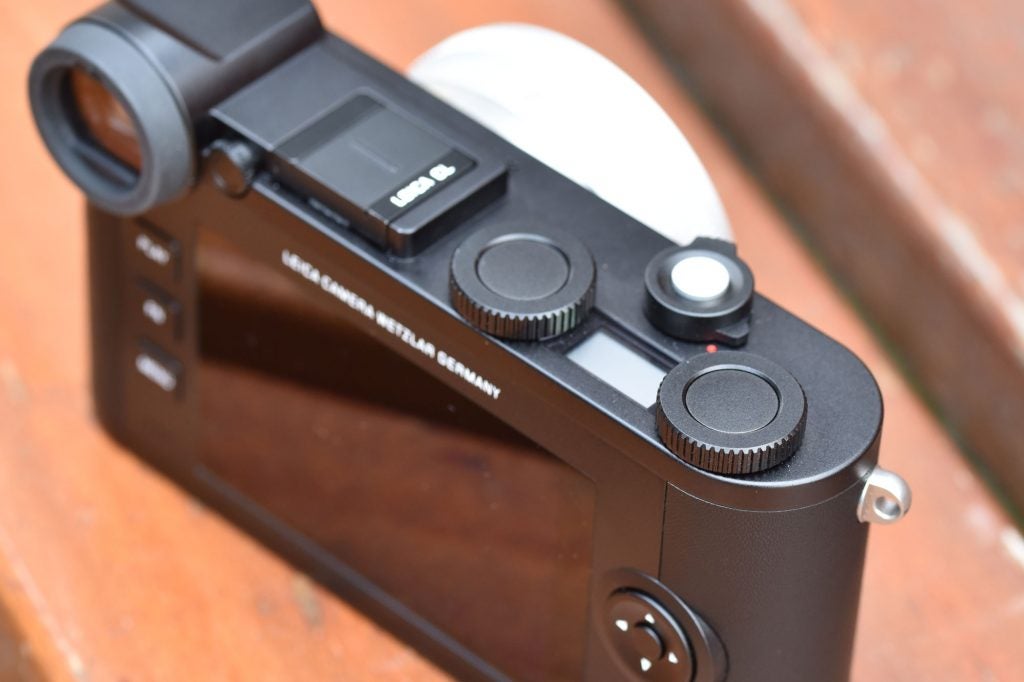 It’s not just the shooting controls Leica has got right; the CL works brilliantly in playback too. The touchscreen supports a good range of smartphone-like gestures such as pinch-to-zoom, and the physical controls are also perfectly employed. The left dial browses through images, while the button in its centre marks favourites. The right dial is used to zoom into images; the button in its centre jumps straight to full magnification.

The Fn button on the back turns out to be the delete key, while the menu button brings up a short selection of options that includes the ability to fire up the Wi-Fi for sharing your shots. Again, it’s quick and easy to do everything you need.

The CL becomes Leica’s first APS-C camera to feature a built-in electronic viewfinder. However, it eschews the current fashion for a central finder and instead adopts a corner-mounted approach. On many cameras this means getting a smaller image, but not here. Instead the 2.36m-dot finder offers a 0.74x equivalent magnification, which provides a view larger than on many full-frame DSLRs. A relatively generous 20mm eyepoint makes it easy to see clearly into the corners of the display, even if you wear spectacles, while a lockable dioptre-adjustment control is an especially neat touch. The eyepiece has a large circular rubber surround that effectively keeps out peripheral light. 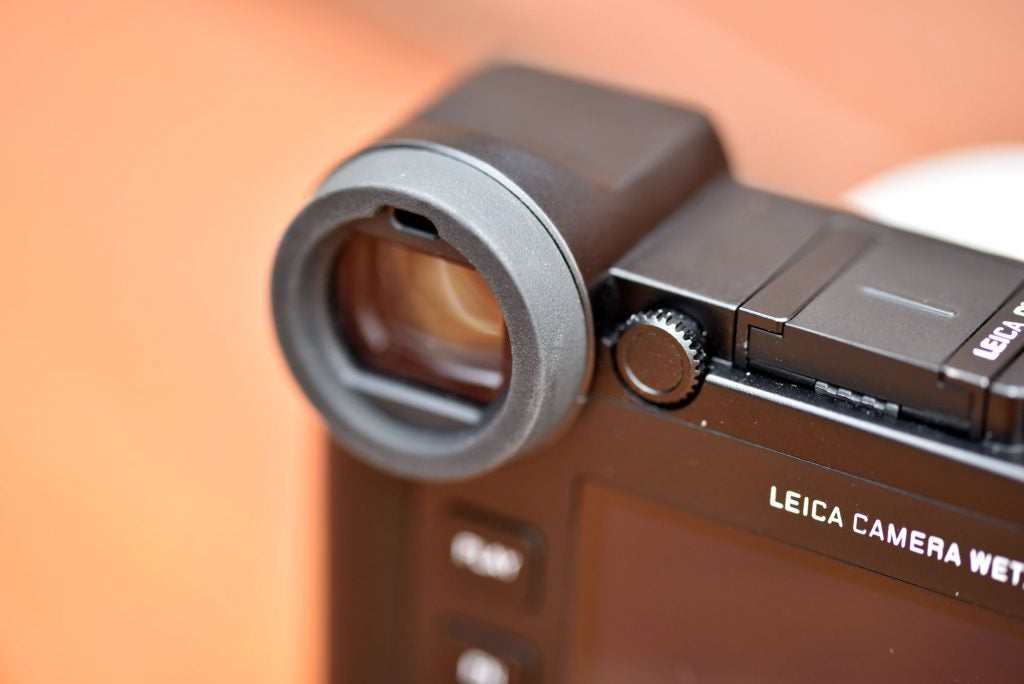 The small dioptre dial beside the EVF pulls out to adjust, then locks when pushed back in

In use the viewfinder is excellent. It’s bright and clear, and accurately previews colour and exposure with no appreciable display lag. Pressing the centre button in the D-pad toggles between a clean, uncluttered display and a detailed view. In the latter you can opt to view a live histogram, dual-axis electronic level, and highlight ‘blinkies’ to warn of overexposure. This information is all presented together, in a clean and elegant fashion, so unlike with some other cameras there’s no need to cycle through multiple screens just to make sure your horizon is straight and you’re not losing any highlight detail. Overall it’s the best electronic viewfinder I’ve used on a rangefinder-style mirrorless camera. 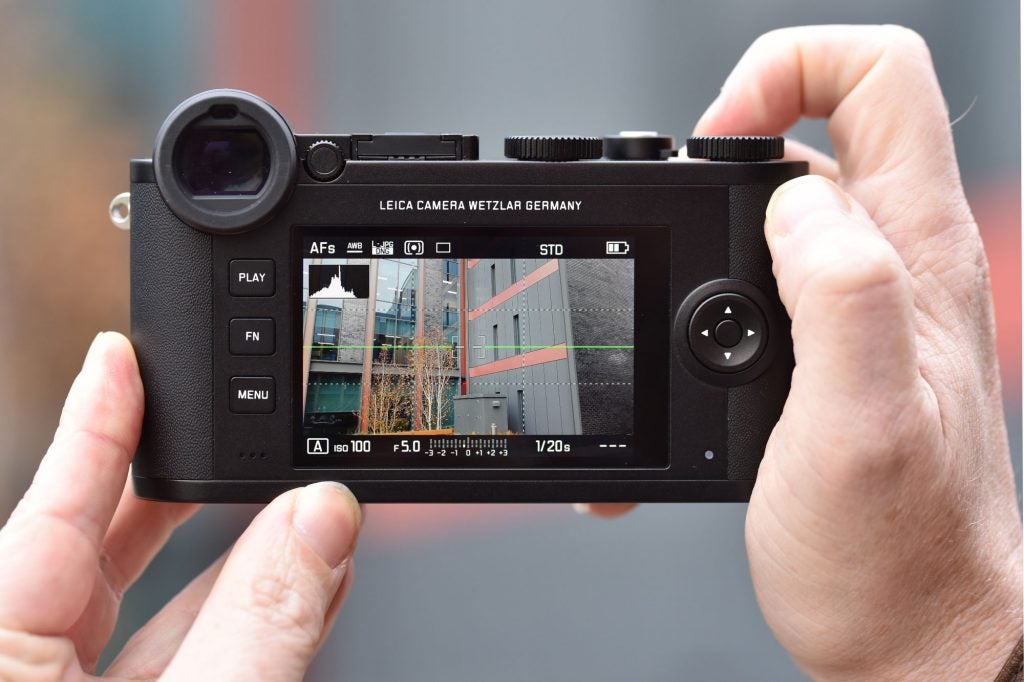 The LCD screen, meanwhile is also very good indeed. But being fixed rather than articulated, it doesn’t really add much to the overall shooting experience, especially as the EVF is so good. Of course the LCD is still useful for reviewing your images, and like the viewfinder it’s bright, detailed and well-calibrated when it comes to colour.