The Jabra Elite 75T don't rework the wheel, but by getting nearly all the basics right, they earn a place as one of 2019's best all-round true wireless earbuds.

The Jabra Elite 75T are the latest pair of wireless earbuds to hit the scene. While they don’t have any unique features to differentiate themselves, they are one of the best sub-£200 true wireless units money can buy.

This is because, despite not being terribly original and lacking some of the features seen on more expensive sets such as the Sony WF-1000XM3, the 75T tick all the right boxes when it comes to functionality, fit and audio quality.

The Jabra Elite 75T have a slightly different, more compact design than their predecessors – the Jabra Elite 65T. They ditch the slightly protruding bottom mics and come with a shrunk-down battery case that’s pleasingly unassuming and pocket-friendly. The grey accents are also now a slightly darker tone.

The aesthetic doesn’t have the premium, fashionable feel of the B&O Beoplay E8 2.0, but I’m a huge fan. They don’t look amazing, but the design is wonderfully ergonomic and offers one of the best fits and seals I’ve experienced on a set at this price. 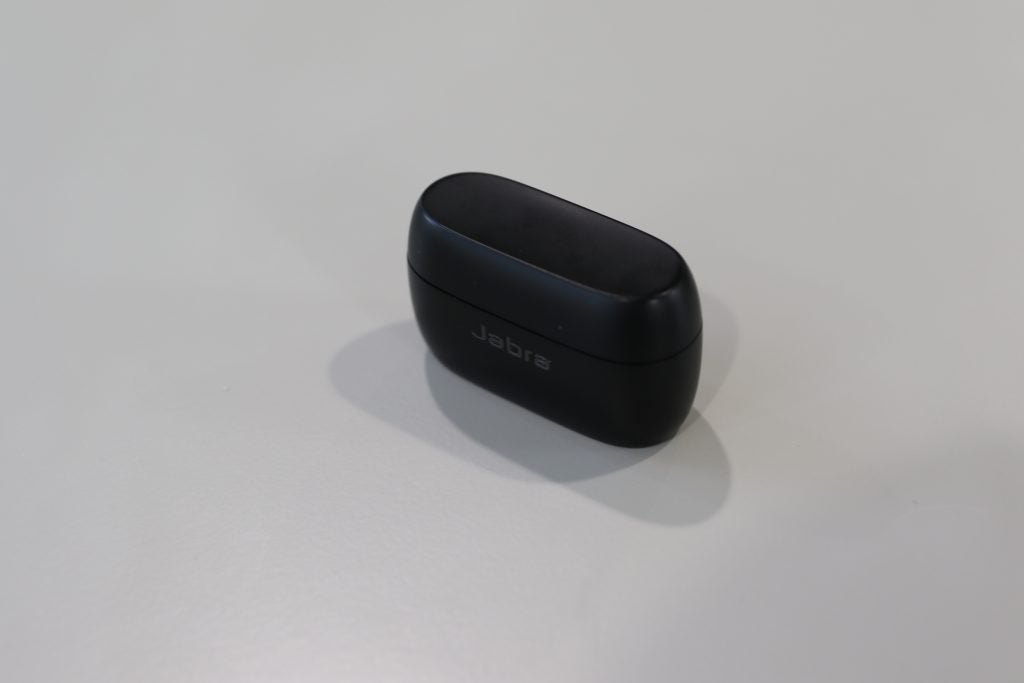 After switching to the correct tip size, I found the fit was wonderfully solid – to the point that, unlike the competing Amps Air 2.0, I could comfortably wear these earbuds while running, despite the lack of wing tip options.

They also offer the longest battery life you’ll find, outside of the marathon-level EOZ Air. Jabra quotes the 75T as offering 7.5 hours listening from a single charge. The tiny, all-black charge case can store a further 28 hours worth of juice.

In real-world use I found the quoted life generally rang true. Using them to listen to music and watch TV on a trip to Scotland, the buds easily managed to survive the entire six-hour journey with charge to spare. 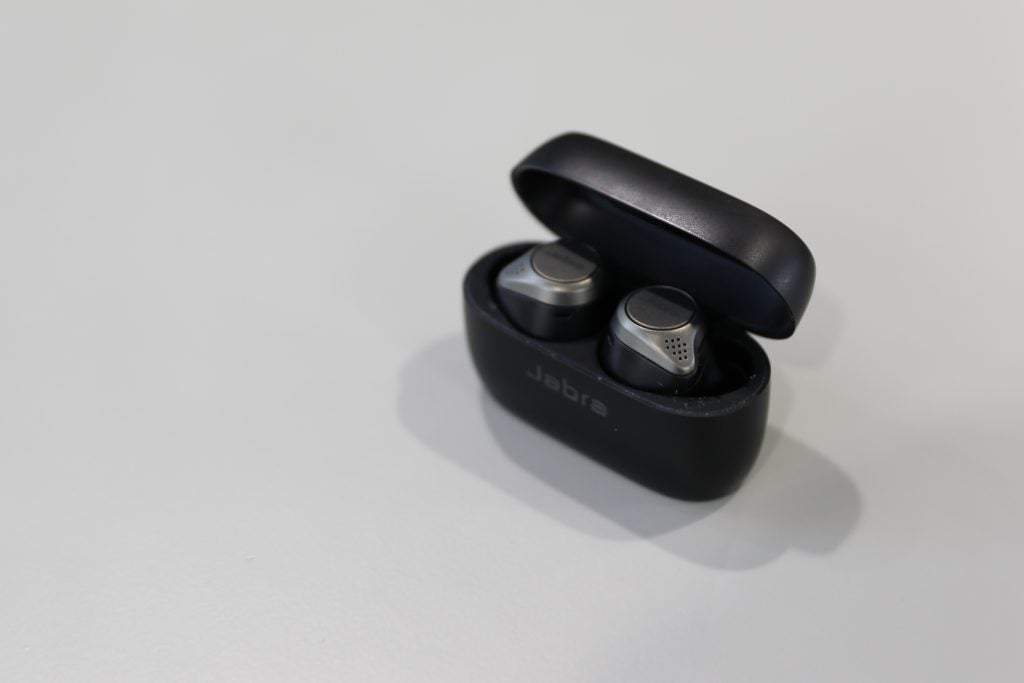 The only technical shortcoming is that, unlike the AirPods Pro and more expensive Sony WF-1000XM3, the Jabra Elite 75T don’t have any form of ANC (active noise cancellation). This means, if you use them on a plane or in a busy area, some background noise will seep through. But I found the passive noise isolation stemming from the secure fit was good enough to keep background noises at bay.

Elsewhere, although the inclusion of four mics on paper appears impressive, when trying to take calls on the Jabra Elite 75T I found the earbuds struggled to pick up my voice in anything other than a quiet room.

Walking around London, people on the other end of the line constantly struggled to hear me, reporting hearing background wind and traffic noise.

The mic issues also made taking advantage of the Jabra’s digital assistant support a faff. Alexa didn’t understand any query I made when using the earbuds outdoors.

Thankfully, this shortcoming is more than made up for by the Jabra Elite 75T’s solid audio and connection quality. They feature Bluetooth 5.0 support, although aptX would have been nice. Nevertheless, I found the 75T offer noticeably better quality than similarly priced rivals, including the AirPods Pro.

Tonal balance is significantly better than most of the sub-£200 true wireless sets I’ve tested. Listening to complex classical and post rock arrangements, the ethereal high guitar was suitably separated from the rumbling bass, and mid-heavy string sections maintained a distinct place within the sound. 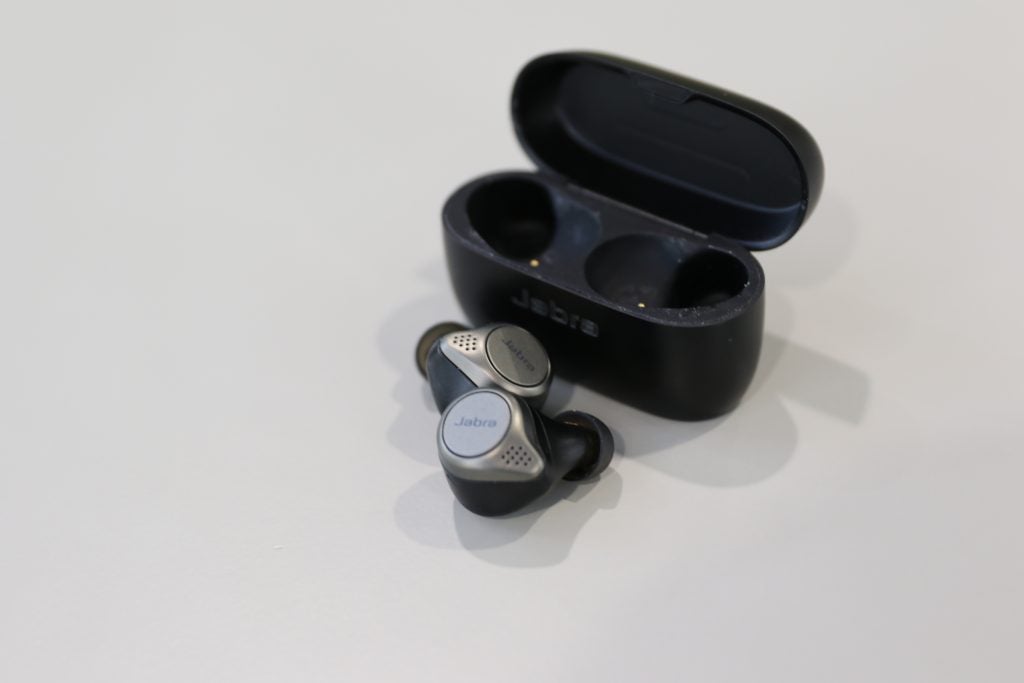 What separates the 75T from the competition, however, is their solid dynamism. Breakdowns in attacking punk and metal songs had significantly more bite and impact than the Amps Air 2.0 and Apple AirPods Pro, and the swift change in volume during classical crescendos gave the sound a wonderful swooping quality.

The bass is reasonably tight, too – although some bass-heavy tracks could sound a little low heavy; it sounded suitably precise during jazz tracks. The bass extension is also low enough to give rumbling blues and classic rock lines a suitable growl. This is surprising given the Jabra Elite 75Ts use the same drivers as the 65T, which offered slightly muted sound.

The only downside is that, on occasion, sibilance could creep in when listening to particularly aggressive genres at high volumes.

Those who wish can also customise the sound using the Jabra Sound+ app, which comes with manual controls and few presets tailored to specific genres.

Should you buy the Jabra Elite 75T?

If you’re after a set of true wireless earbuds then you could do a lot worse than the Jabra Elite 75T. These earbuds offer a wonderfully comfortable fit, excellent battery life and solid audio quality that easily matches, if not beats, competing and similarly priced sets.