Yet again, at face value the iPhone 6’s camera is just like the iPhone 5S’s one. It has an 8-megapixel 1/3-inch sensor with a 1.5µm pixel size. So far so last year, but that’s not necessarily a bad thing, the iPhone 5S still has one of the best cameras around. 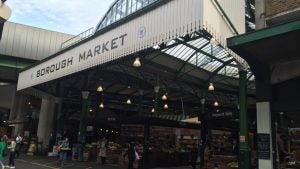 However this is a new iSight camera and the differences become quickly apparent in use. Apple has added something it calls ‘Focus Pixels’ to the camera to help with speedy focussing. Otherwise known as phase-detection AF, it has been available on DSLRs and compact cameras for years and is also the same tech that the Galaxy S5 uses to help it focus quickly.

Regardless of whether Focus Pixels are an innovation or not, it works. You won’t notice the iPhone 6 taking a picture much faster than the iPhone 5S, but they do look less blurry, particularly in lower-light conditions. It also manages better in some cases when compared to Samsung’s finest, even though the S5 packs twice the number of pixels. Brightness and colour accuracy are better and there’s less apparent noise. 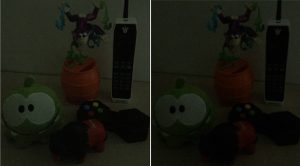 It works really well on sunny days, too. You won’t get quite the amount of detail you will on phones with many more megapixels, but pictures are vibrant and sharp. 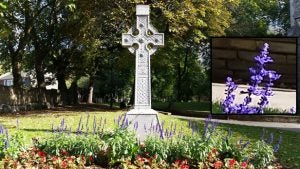 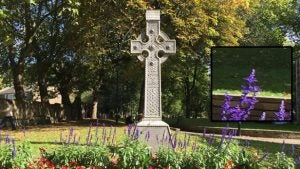 At night you can use the True-Tone LED flash to help proceedings. It works just the same as on the iPhone 5S – it checks the ambient light and then changes the colour of the flash so that it provides more accurate skin tones. It works to a degree. Faces don’t have that harsh look that white LEDs provide, but we’d still rather have a bright xenon flash.

Of course, there’s one omission from the iPhone 6 camera that the iPhone 6 Plus has and that’s optical image stabilisation. 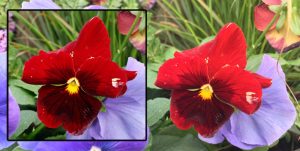 Simplicity really is the name of the game when it comes to the iPhone 6’s camera. It is a point and shoot dream. Aside from choosing whether you want the HDR on or off Apple has added one other control setting to the iPhone 6’s camera and that’s exposure control. Tap the screen and a slider appears allowing you to control an image’s brightness. It’s a small addition, but a welcome one.

It does come with a few aces up its sleeve, too.

Slo-mo on the iPhone 5S was a revelation. 120FPS videos look fantastic and offer something different. The iPhone 6 now comes with super Slo-mo – click here to watch a video shot at 240FPS 720p to make action scenes look even cooler.

There’s plenty of time lapse photo apps out there but Apple makes it as simple as anything. Hit the time lapse button and the iPhone 6 starts taking snaps at selected intervals. It does all the heavy lifting and leaves you with a cool short movie.

Click here to watch a time lapse of my train ride to work:

We’re at risk of sounding like a broken record but the front facing camera is, yet again, very similar on paper to the one on the iPhone 5S. It’s 1.2-megapixel but this time comes with a f/2.2 aperture, which allows loads more light in. It means that FaceTime or Skype calls look decent even in low light and better selfies in dingy pubs. In fact, Apple has added a timer and burst mode to the front camera so you can get the perfect selfie. And now we can stop using the word selfie. Phew.

Next: iPhone 6 Battery Life and Verdict