The iPad Air 2019 isn’t the most innovative Apple-slate on the market, but by getting all the basics right it easily earns a place as one of the year’s best tablets and is an ideal option for most buyers.

The iPad Air 2019 is the middle child in Apple’s current tablet line-up, sitting below the premier iPad Pro (2018) line, above the smaller iPad Mini 5 and alongside the just announced iPad 7th generation.

While it doesn’t have all the features of the Pro, it does a decent job replicating the premier tablet experience seen on Apple’s top slate. Aside from a few technical compromises, like the use of a gen’ one Apple Pencil and old-school lightning port, the iPad Air easily re-cements Apple’s place at the top of the pile when it comes to tablets.

Featuring an advanced app ecosystem, stellar screen, great performance and a much friendlier price tag than its Pro siblings, the iPad Air 2019 is the best tablet for most people. However, if you just want to binge Netflix, or grab an entertainment station for your sprog, there are cheaper, albeit not as good, options available. 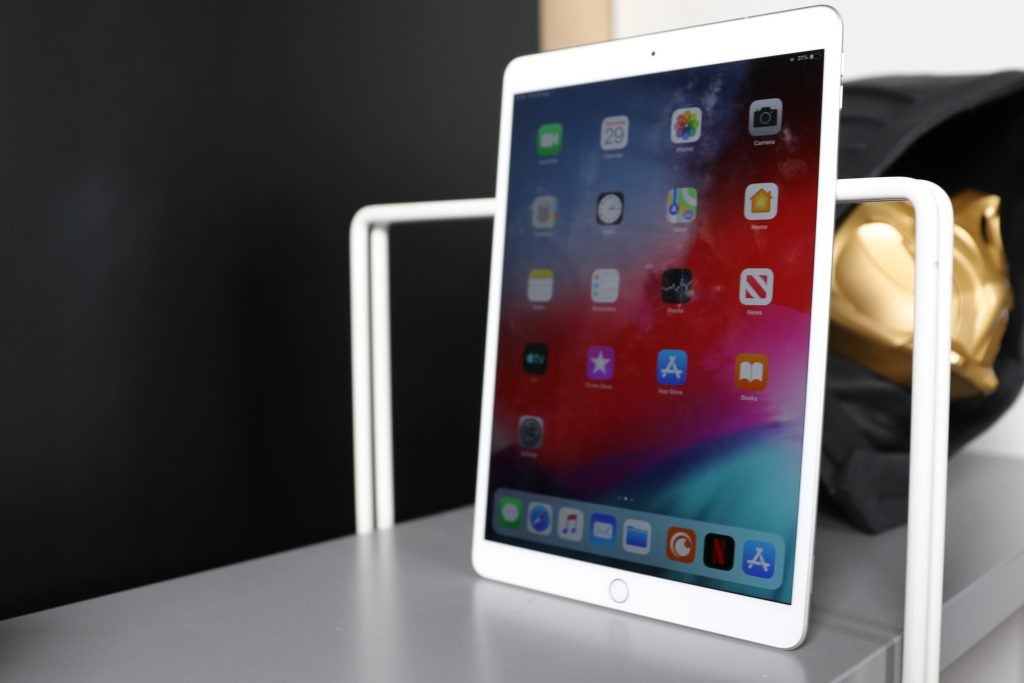 There’s no getting around the fact the iPad design hasn’t changed for quite some time. Through each generation Apple’s made minor adjustments, but never fully overhauled the iPad’s design. This is why, if you’ve used any iPad released over the last few years, the iPad Air 2019’s design won’t hold many surprises.

It has the same iconic look as pretty much every iPad I’ve tested, featuring the same metal chassis and iconic home button on its front. The only big difference is that it’s smaller than both iPad Pros, measuring in at a travel-friendly 10.5-inches.

In most ways this isn’t a bad thing, as the design still ticks all the right boxes. It’s comfortable to hold, well built and features all the trappings of a modern tablet, including a TouchID sensor in its home button, which makes it quick and easy to lock the iPad to your thumbprint.

But it does have a few important upgrades on the older iPad Air. For starters, it has a new magnetic connector that lets you clip on an optional Apple keyboard. Outside of being a different size, the keyboard is pretty much identical to the one seen on the Pro, offering a usable, albeit slightly squishy typing experience, especially when compared to Microsoft Surface Pro Typecovers.

Apple Pencil support has also been added, which is great. The Apple Pencil is one of the best things to arrive on an iPad in years. The Pencil makes it quick and easy to scribble notes on the iPad and, despite the iPad Air 2019 not have the Pro’s 120Hz refresh rate, is still more than good enough for basic creative work. This is especially true given the wealth of excellent creative apps on iOS, which include stellar suites like Procreate and my personal favourite, Affinity Designer.

The only minor quibbles I have about the design are the fact it uses a first-generation Apple Pencil and has an older Lightning charge port. The older Apple Pencil uses a fairly awkward charging mechanism where you have to plug it into the bottom Lightning port. The magnetic system seen on new iPad Pros, that lets you dock and charge the Pencil on the iPad’s side, is a far more elegant solution.

Over the last week I’ve spent at least 15 minutes a day trying to find the Pencil for the iPad Air 2019, which doesn’t have any form of docking/storing mechanism for it. 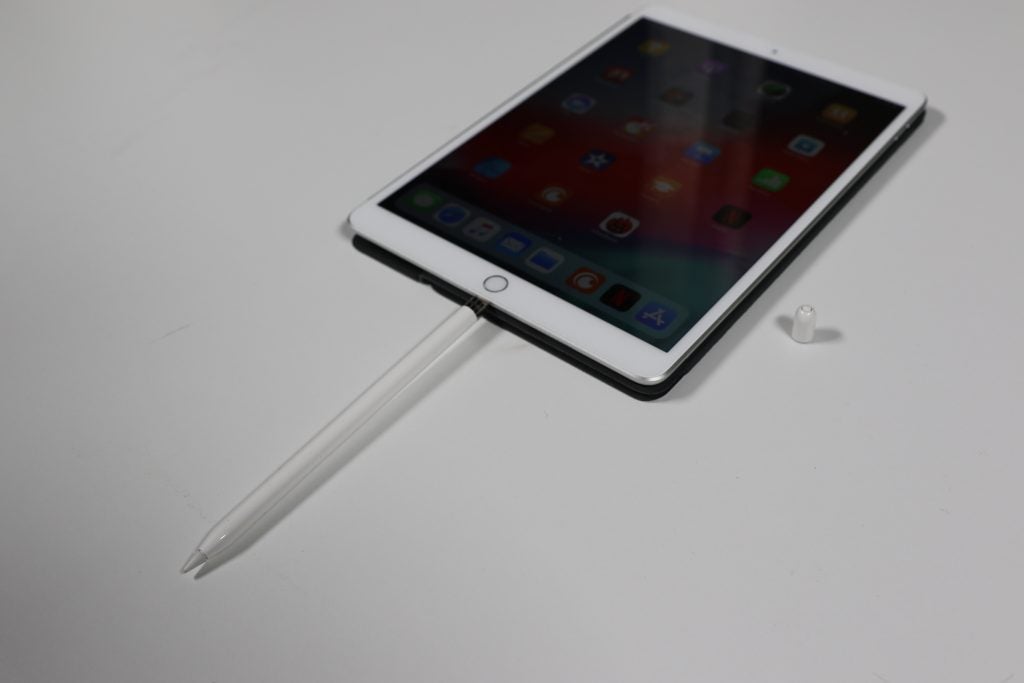 The iPad Air doesn’t match the Pro line when it comes to raw specs, but the truth is it’s still an excellent bit of hardware that’s a clear cut above most competing Android tablets.

The only two big spec cuts you get opting for the Air over a Pro are the loss of Promotion screen tech and the use of an older, slightly less powerful A12 Bionic CPU.

The lack of Promotion is a little sad, and means animations aren’t quite as smooth, but the iPad Air 2019’s screen remains an all round excellent bit of kit. The 500 nits max brightness is lower than the Pro’s 600nits, but it’s still blazingly bright and easily remains legible in sunlit conditions that made similarly priced laptops and Android tablets unusable. Cracking out the trusty office colorometer it also proved to be a clear cut above similarly priced tablets and laptops when it came to colour accuracy and black levels. 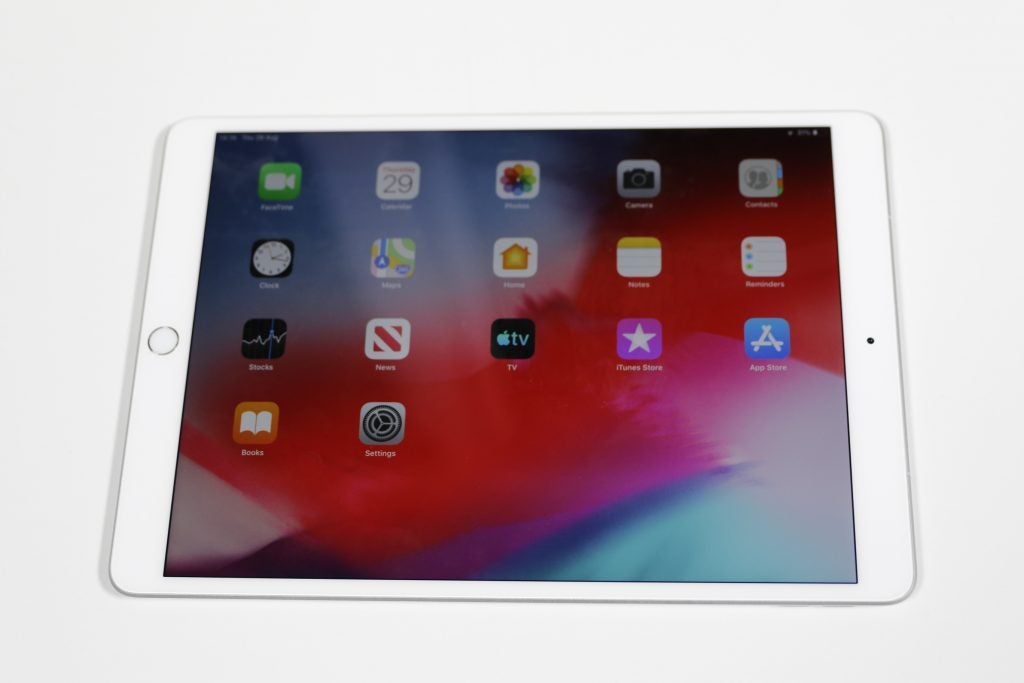 Despite being LCD, black levels are excellent. These coupled with its excellent max brightness make watching Netflix, playing games and generally viewing content a wonderfully immersive experience – a fact that’s aided by the two front speakers, which do a solid job with audio, though they aren’t quite as powerful as the quad-setup seen on the Pros. Colours are also wonderfully accurate and don’t look over or undercooked. You simply won’t find a better display on a laptop or tablet this price.

Though it’s not Apple’s latest, the A12 Bionic is also more than powerful enough for most users. Games ran stutter free and it was fine doing basic photo editing and sketching. The only time you’ll have any serious issues is when doing seriously large creative projects, like Vector artwork. In these situations the Pro’s A12X Bionic’s increased number of cores and improved graphics would made a clear difference.

Ticking the final important hardware box, it also offers great battery life. The iPad Air 2019 has a quoted 10 hour battery life, but with intermittent use it’ll easily last multiple days on a single charge. This involved watching Netflix during my morning workout on an exercise bike, reading on the commute to work and sporadically browsing the internet and watching TV when at home. 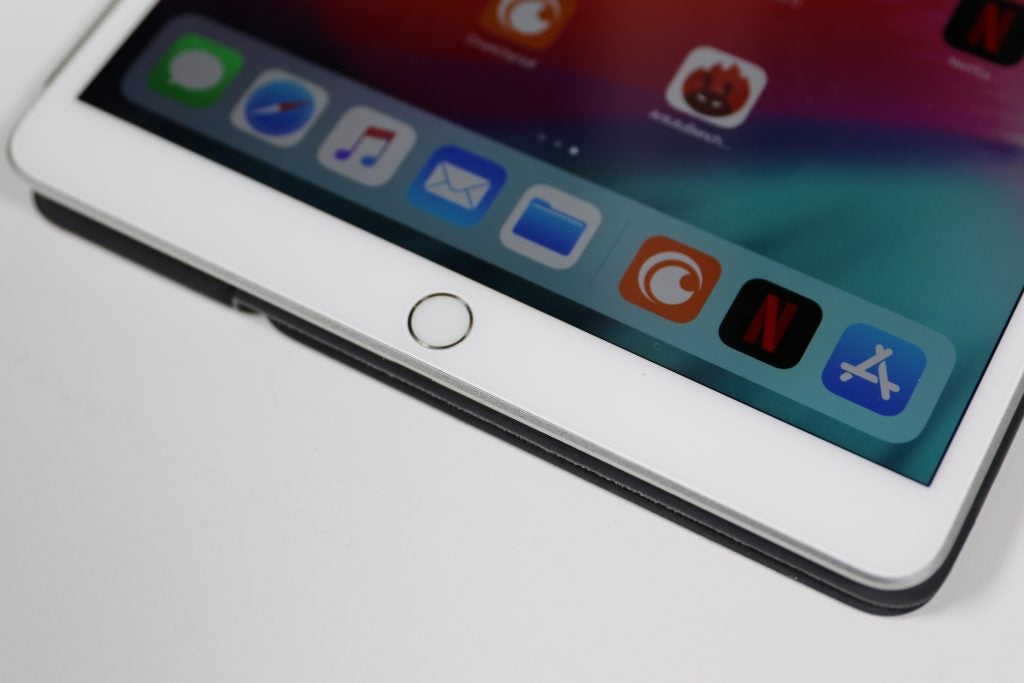 Software is another key area Apple’s managed to gradually dominate in the tablet space. For power users, I’m still of the opinion that the full-fat Windows 10 desktop experience that you get on Microsoft Surface devices is better. But for casual tablet users or students there’s no getting around the fact that iOS is easier to use and more intelligently optimised.

The fact is, everything on iOS – and presumably in the future iPadOS – just works. You don’t have to worry about drivers, compatibility or system requirements. If it’s on the app store, it’ll work on the iPad Air 2019.

This, plus the wealth of intelligent controls and UX iOS 12 offers, makes the tablet a great option that everyone from toddlers to luddites will be able to comfortably understand and use. 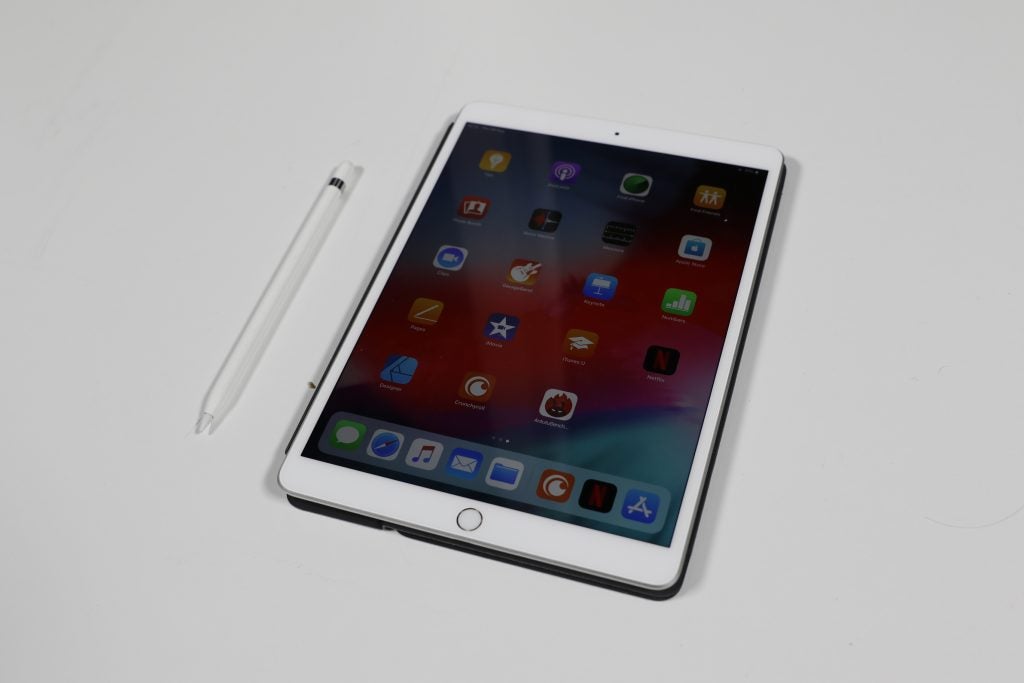 If you want a 10-inch tablet that can work equally well as a mobile notes/sketch station or entertainment centre, you’ll struggle to do better than the iPad Air 2019. It’s not as advanced as the iPad Pro and the use of a first generation Apple Pencil is a pain, but it does everything a tablet’s meant to do brilliantly.

The screen is one of the best you’ll find on a product at this price and it’s performance and battery life are more than good enough for the majority of users. With so little competition in Android, it’s also running pretty much unopposed for the title of tablet top dog.

It’s only when you get into the prosumer/power user space that things get a little more dicey. The iPad Pros are more powerful and offer larger, more reactive screens. The Surface Pro 6 also lets you use full-fat Desktop applications and offers a better typing and desktop drawing experience.

The iPad Air 2019 isn’t the most innovative Apple-slate on the market, but by getting all the basics right it easily earns a place as one of the year’s best tablets and is an ideal option for most buyers.