With the addition of voice controls, the IKEA Tradfri has improved considerably since its initial launch.

What is IKEA Tradfri?

With recent updates and product introductions to expand the range, the IKEA Tradfri system has come on leaps and bounds since we first reviewed it. For example, it now supports the voice controls it was sorely missing at launch, so will now play nicely with the likes of Amazon Alexa. There are also new colour-changing bulbs, enabling you to  get more creative with your lighting.

As with all good smart lighting systems, the Tradfri range allows you to expand your setup over time. Most people will want to start with one of IKEA’s Gateway Kits in order to hit the ground running, however.

For £65 (down from the original £69 review price), you get two E27 white spectrum bulbs, a remote control and the all-important gateway. If you don’t have E27 sockets in your house, the gateway and remote controls are all available separately. However, this package is the most economical way to pick up these components if you’re after E27 fittings.

Potentially a frustration, IKEA still doesn’t have any bayonet bulbs, although it does sell adapters cheaply. It’s a workaround, but adapters tend to be on the ugly side, making the bulb protrude quite a way. Depending on your light fittings, adapters may not be a suitable choice. Since launch, the range has expanded elsewhere, with newer fittings introduced. There are now E27, E14, GU10 and plug-in LED light panels as part of the range. 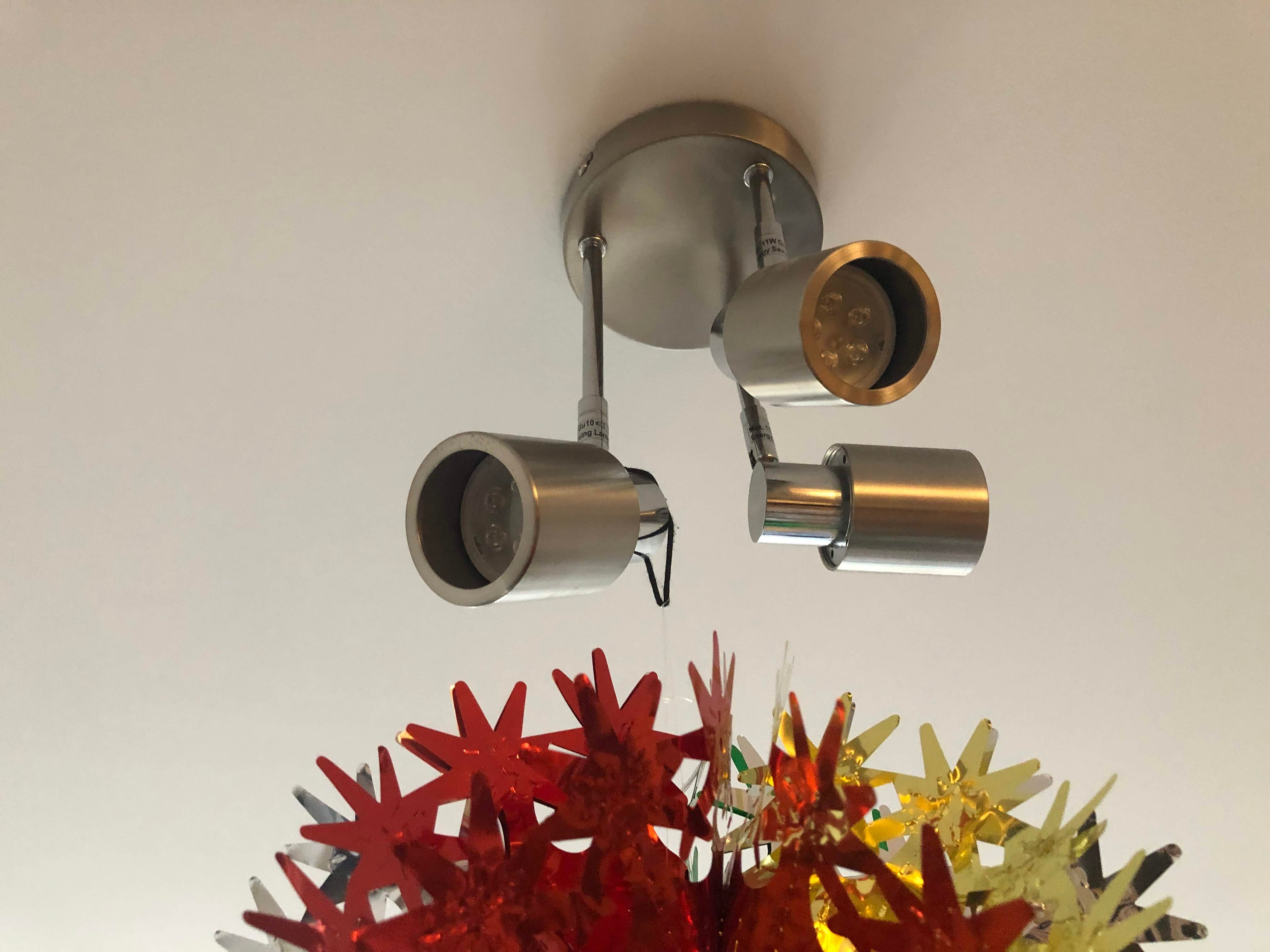 There are also packages with bulbs and steering devices, such as the Tradfri Dimming Kit, which includes a colour-changing bulb and a wireless remote control for £35. It’s worth noting that the range of colours you can set your Tradfri bulbs to aren’t as customisable as those from Philips Hue. You have a set list of 20 colours compared to the millions of shades available with Hue bulbs.

Beyond the bulbs, there are a number of remote control options, referred to as “steering devices” by IKEA. There’s the standard five-button remote control, as featured in the Gateway Kit. This lets you turn the lights on and off, and adjust the colour temperature and brightness. 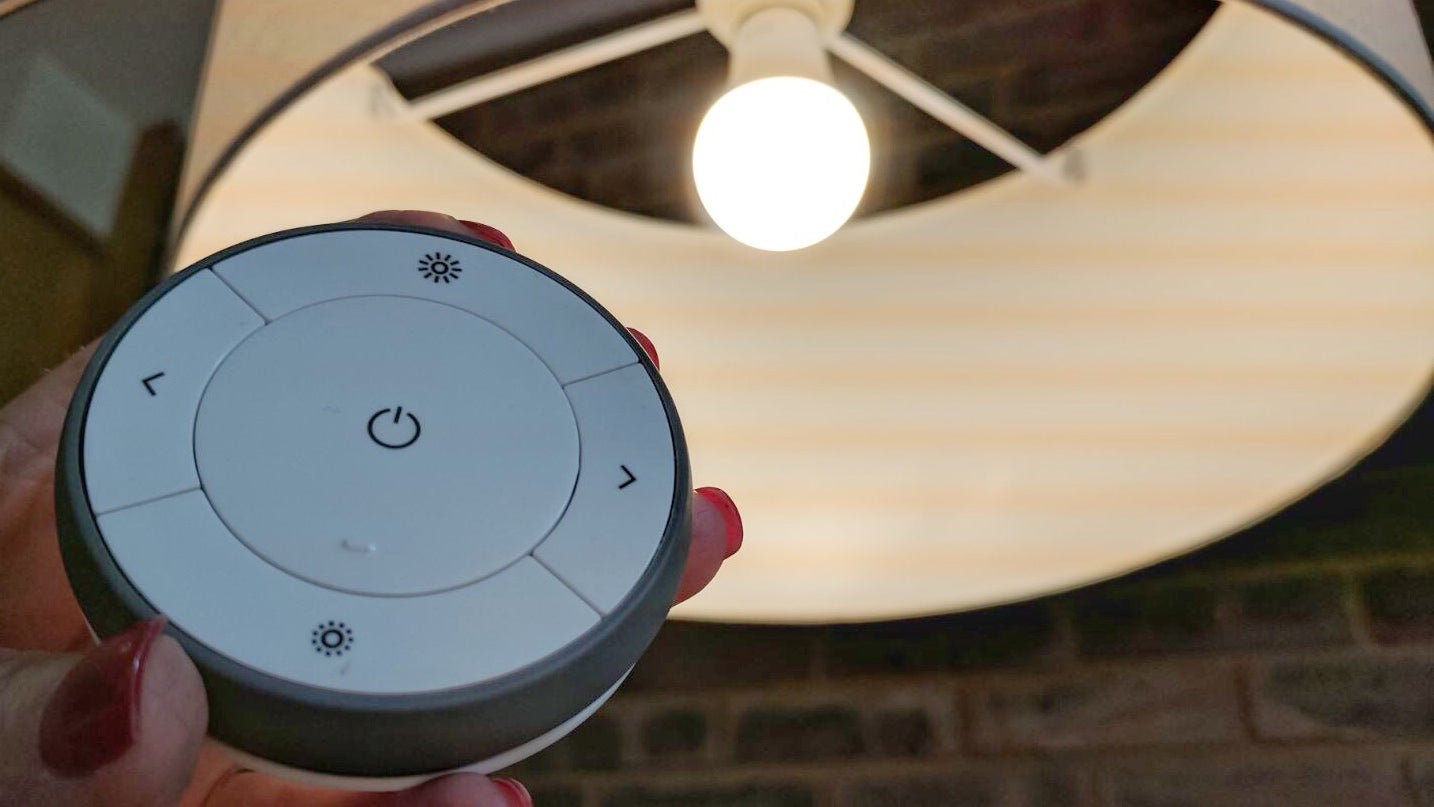 There’s also the Wireless Dimmer. This basic remote lets you rotate it like a dial to adjust the brightness of your lights. It attaches to a base plate that you can stick to a wall by magnets, but you can also detach the dimmer and use it independently, simply twisting it in the air to control the brightness.

Then there’s the motion sensor, which detects movement within 5 metres and a 120-degree range, and can then automatically trigger lighting to turn on. There’s a physical switch to adjust how long the lighting remains on for once motion is no longer detected, and whether it should only operate at night.

If you’re not looking to connect your Tradfri bulbs to your wireless router, the setup couldn’t be any simpler. Just hold the bulb and a controller near one another and hold the controller’s pairing button and away you go.

Not officially mentioned in IKEA’s documentation is that you can pair a bulb (or group of bulbs) to multiple steering devices. To do this, you pair a secondary steering device to a steering device already paired to a bulb. Both of these can then control the same bulb – handy if you have a big room and want multiple controls. 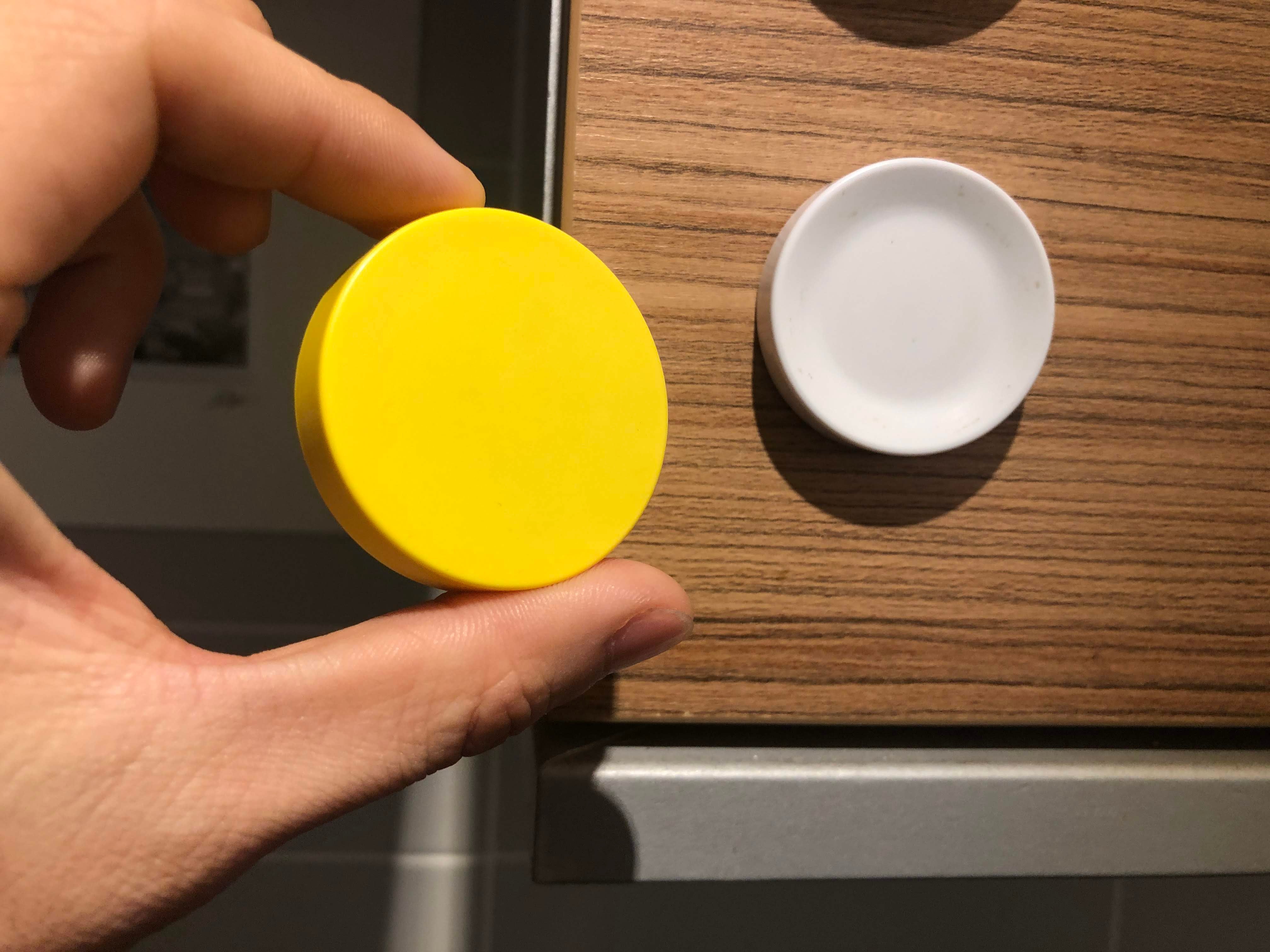 But to really get the most out of the Tradfri system, you’ll want the Tradfri Gateway. This is what gets the bulbs communicating with the Tradfri app or with smart assistants such as Amazon Alexa.

You’ll need to connect the gateway to your router over a wired Ethernet cable, so make sure you have a spare port. The Tradfri companion app for iOS and Android then does a good job of running you through the setup process. 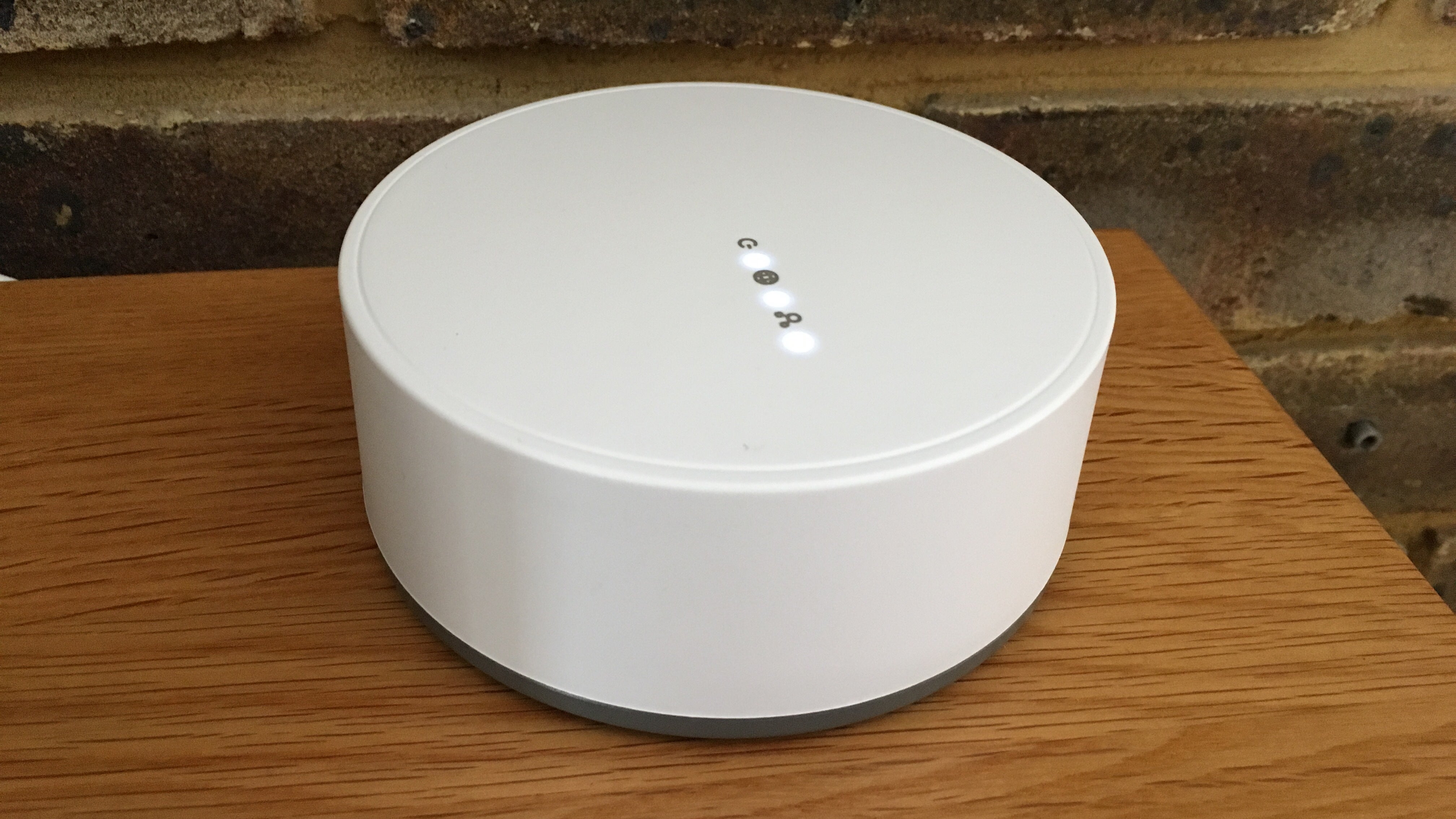 It also helps you to add bulbs and steering devices into your connected Tradfri system, which does mean adding each bulb one by one. I replaced 10 GU10 bulbs in my kitchen and living room with the Tradfri equivalent, which proved a time-consuming process; for large installs, I recommend putting aside an afternoon.

With all your bulbs and steering devices added, you can then group them into rooms or zones as you see fit. My flat has an open-plan living room and kitchen, which previously was on two separate physical switches. Emulating this old arrangement in the new Tradfri system was easy. 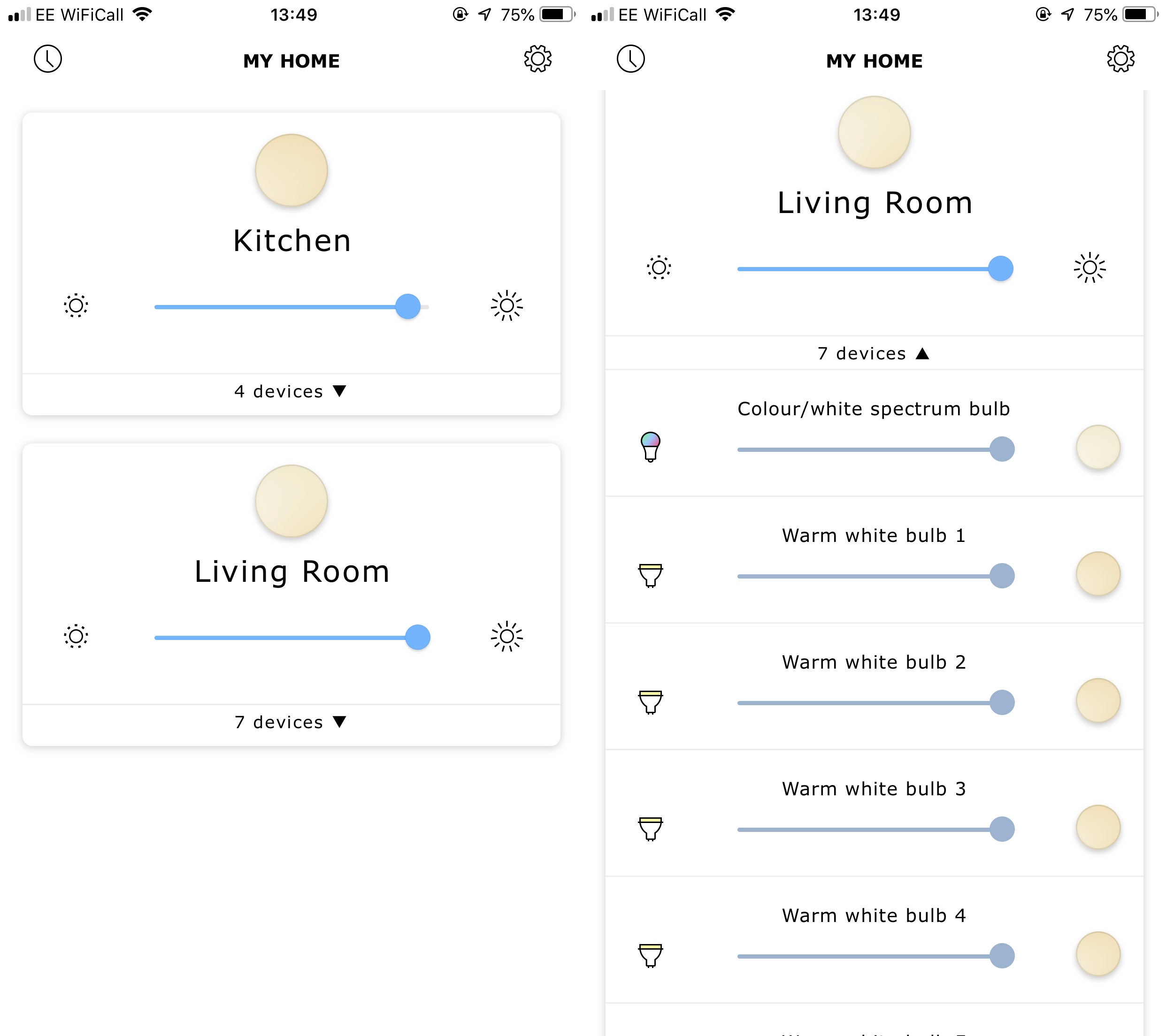 The Tradfri app is a little more barebones compared to some competitors. You’re able to set timers for your lights, and the “Rise and Shine” function that gradually turns up a light in the morning is a more refreshing way to wake up.

But there are limitations, such as the inability to control your lights when not on your home wireless network. It also doesn’t work with third-party systems such as IFTTT. As such, you can’t get creative with geofencing to have them turn on automatically as you approach your home based on your phone’s location. 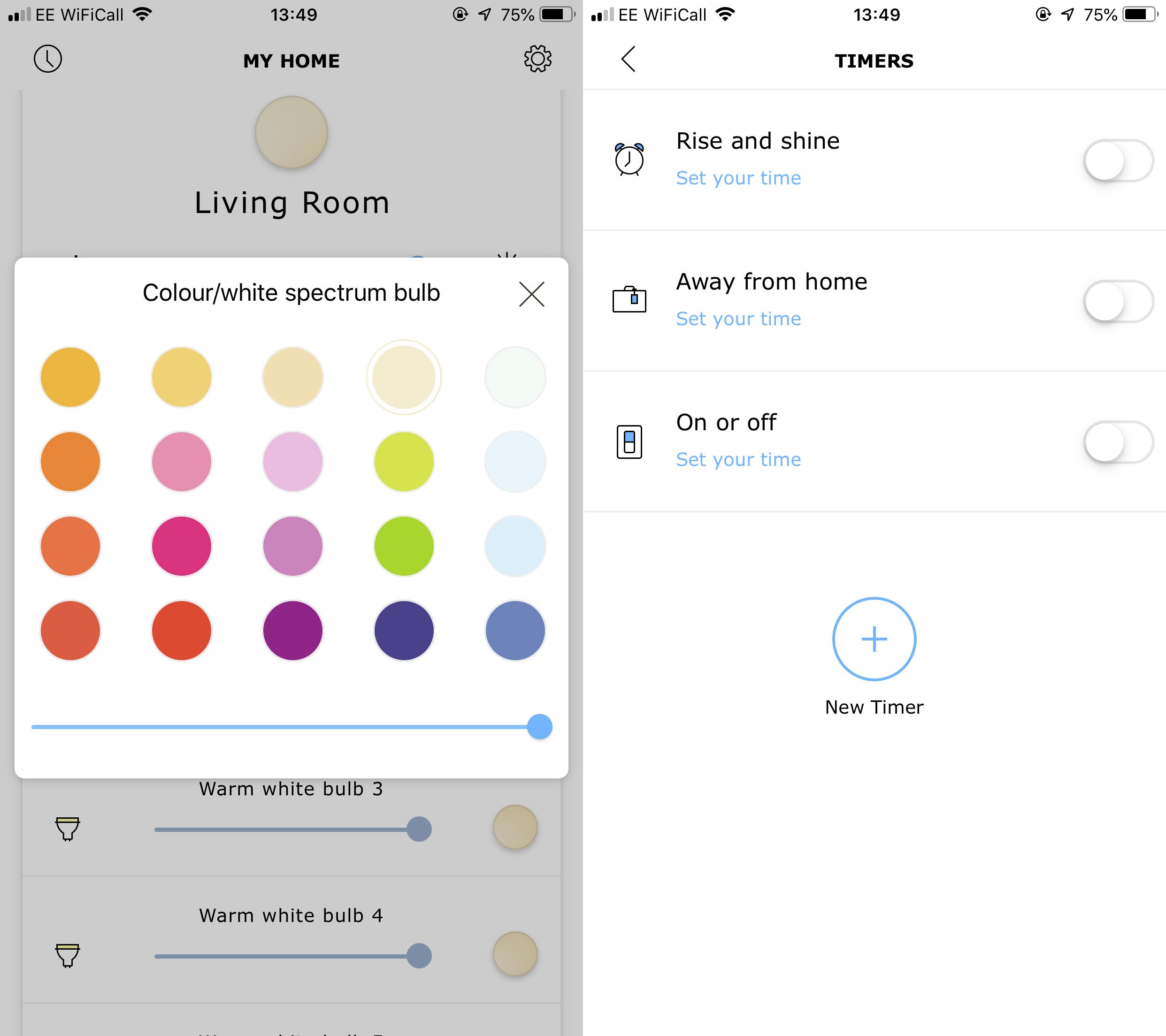 Since launch, IKEA has added support for Amazon Alexa, Google Assistant and Apple HomeKit control as well. I didn’t have any problems adding the Tradfri skill to my home’s Alexa-dependent setup.

My Amazon Echo Dot and Sonos Beam are both able to control my bulbs simply through voice commands. Better yet, I’m able to group my Kitchen and Living Room groups into another group called “Lights”.

Related: How to create and use Amazon Alexa smart home groups 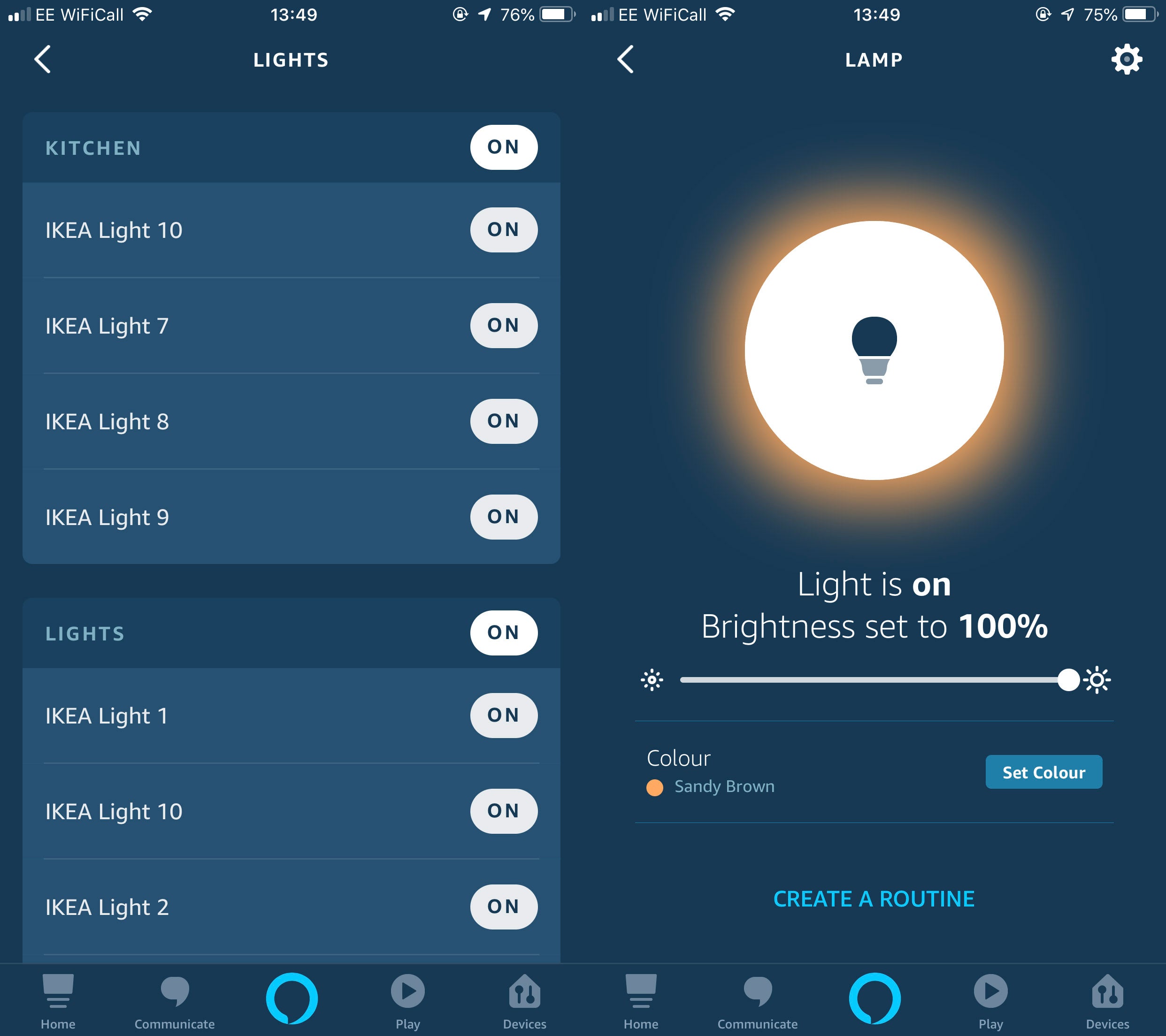 You can also use voice commands to change the brightness, by asking Alexa to set the lights to a certain brightness percentage, or change the colour of any colour-changing bulbs.

The other benefit of adding Alexa support is that you can use the Amazon Alexa app remotely to control your bulbs when not on your home wireless network. This gets you round the limitation of IKEA’s own Tradfri app. 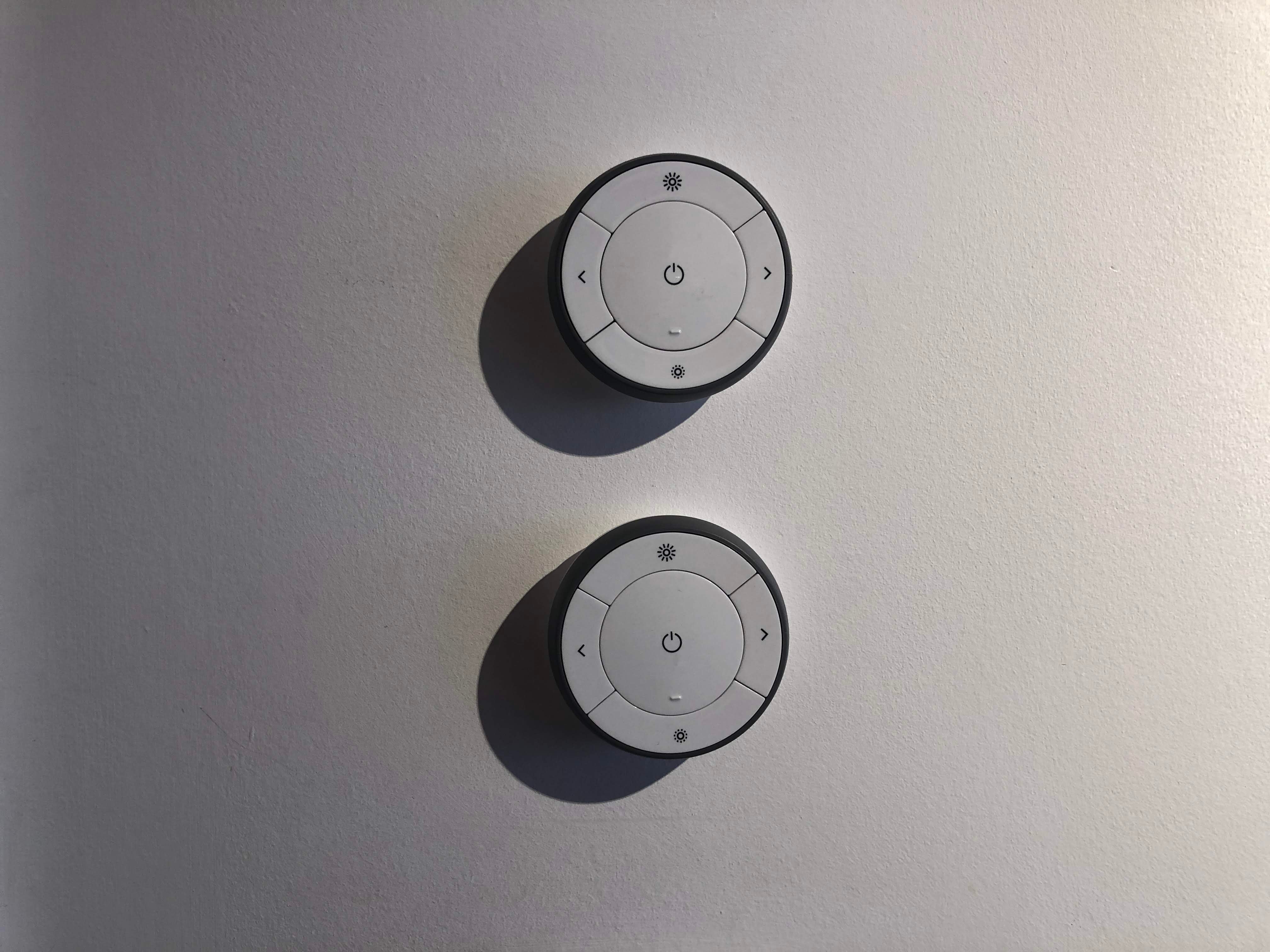 Over time, IKEA’s Tradfri smart lighting system has come on in leaps and bounds. The range of bulbs has widely expanded (but not quite enough to include bayonet fittings), colour options have been added and, most importantly, support for smart voice assistants is now available.

If you’re looking for an affordable entry into smart lighting, and don’t need some of the more advanced functionality of Philips Hue or Hive Active Light, or one of the other entries on the Best smart lighting list, you’ll be impressed by what IKEA has achieved.