What is the Huawei P9 Plus?

After the success of the Nexus 6P, Huawei continued its impressive run with the P9. While its Leica branding was more of a gimmick, the P9 was a great phone capable of rivalling the HTC 10, Samsung Galaxy S7 and LG G5.

I never felt the phone needed to be bigger, but clearly someone in Huawei’s product development team did. So here we have the Huawei P9 Plus. It mimics the smaller model in just about every area, but ups the screen size and improves a few of the components.

I’m a big fan of Huawei’s industrial design. It’s never been wholly original, but the continued use of metal and glass on even budget phones shows it really cares. The P9 was peak Huawei design, and that also goes for the P9 Plus: it looks identical.

Obviously it’s much bigger, thanks to the boosted 5.5-inch display, but it’s still mightily thin.When I first got my hands on the P9 Plus at the phone’s launch it felt too thin, but the dimensions grew on me during the reviewing process. For a 5.5-inch phone, the Plus is surprisingly comfortable to hold in one hand. 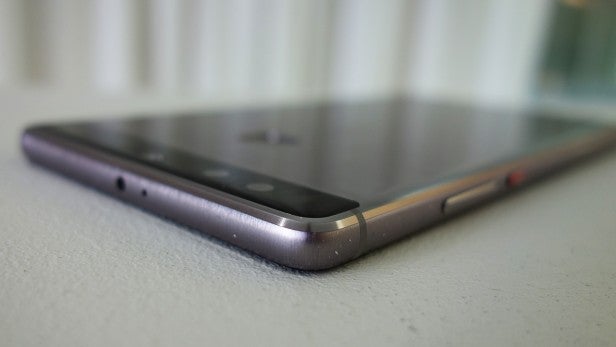 The sides curve ever so slightly and there’s a light chamfer that adds a bit of flair. A black bar runs across the top of the back surrounding the dual-lens camera setup, flash and obligatory Leica branding.

There’s an air of the Nexus 6P to the Plus, but it’s more rigid and less sloping.

A square fingerprint sensor sits below the camera sensor and it’s easily one of the fastest I’ve used. Flash your digit across its surface and the phone unlocks, and bypasses the lockscreen almost instantly. I’ve long preferred the fingerprint scanner to be placed inside a home button on the front, as to me it feels much more natural, but there isn’t much to complain about here.

Unlike the iPhone, Huawei managed to keep the antenna bands colour matched to the phone and they blend in far better as a result. I also like how the headphone jack is on the bottom, next to the USB-C port and speaker grilles. 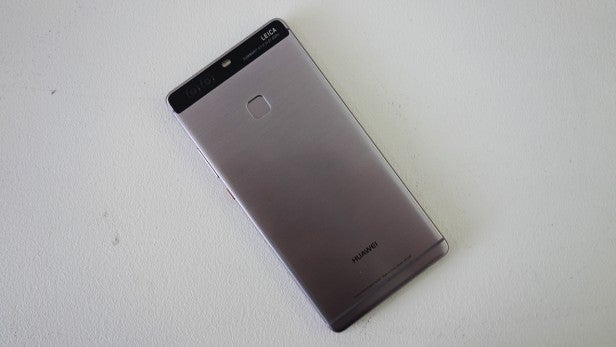 It might not be quad-HD, or mobile HDR-enabled like the Samsung Galaxy Note 7, but the 5.5-inch AMOLED display on the Huawei P9 is one of its biggest strengths.

It’s one of the best cases for saying that phones with quad-HD, 2,560 x 1,440-pixel displays really aren’t worth it. I can’t discern individual pixels on the 1080p panel on the P9 Plus, and the use of an AMOLED screen ensures blacks are inky and colours have a good amount of pop, without looking oversaturated.

You can also alter the colour temperature, making it warmer or colder depending on your personal preference. I like to keep it at the default, but it’s nice to see the option there for people who like to tinker.

When our Reviews editor, Alastair Stevenson, reviewed the P9 he felt the displays only downside was its slightly muddy whites. This remains true on the Plus, but it’s far from a real issue. Whites aren’t as clear as an LCD panel on an iPhone 6S Plus, but they’re among the better ones I have seen on AMOLED. Viewing angles are suitably wide, and visibility in direct sunlight is ace thanks to screen’s impressive brightness. It won’t jack up the brightness to ridiculous levels in sunny conditions like the Galaxy S7, but it’s still very good. 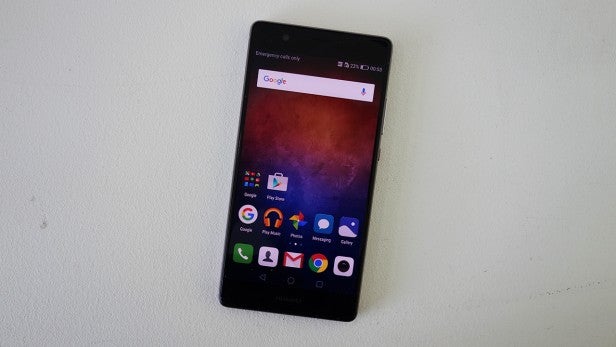 The P9 Plus has a little trick in its display that the regular version doesn’t have: it’s pressure sensitive. Huawei first did this with its Mate S last year, days before Apple announced the 3D Touch-toting iPhone 6S Plus, but I never really saw the point. It works here just like it does on an iPhone, just on a much smaller scale.

Press down harder on the camera icon, for example, and you’ll be able to quickly shoot a selfie. Repeat the process on the Calendar and you can pop in an appointment without opening the app. Unlike Apple’s effort, which is by no means perfect, there’s no third-party support here and that severely limits its usefulness. It’s also nowhere near as responsive and half the time doesn’t work at all.