Huawei’s in-house made Kirin chips have come on leaps and bounds in recent years, and the version used in the P9 series is one of the fastest, reliable and efficient yet.

The Kirin 955 CPU is backed up by 4GB RAM (that’s a gig more than the smaller P9) and it’s a potent combination. During my time with the phone, it hasn’t been challenged by anything. 3D games run without a hitch or frame drop, and loading times are on par with the Exynos 8890-rocking Samsung Galaxy Note 7 and Snapdragon 820-equipped HTC 10.

Huawei has done a great job at finally optimising its software (if not actually designing it properly, see below). The constant crashes and app issues that plagued the company’s pre-2016 devices have been culled. 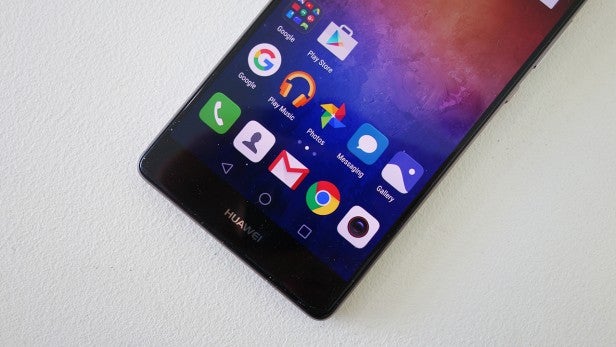 On AnTuTu the P9 scored a respectable 99,000, which is just about the same as the smaller P9. It’s still behind competing Snapdragon 820 handsets, like the HTC 10, and those running an Exynos 8890. The Samsung Galaxy S7 Edge scored 129,468 by comparison.

The P9 Plus ran in with respectable 1,825 single-core and 6,300 multi-core scores in the GeekBench 3 test. The multi-core score is particularly impressive and puts the phone on a par with the Samsung Galaxy S7, which scored 6,307 on Geekbench.

There’s a decent bottom-facing speaker, but it’s not going to replace your dedicated boombox. The sound is aimed away from you and as such is easily blocked, it also lacks bass and detail in vocals.

Internal storage stands at 64GB, with 52GB usable. There’s a microSD slot for expanding that further.

Call quality is excellent, with voices loud and free of distortion. The microphones do a great job at blocking out any pesky background noise.

Huawei has a track record creating great phones with awful software. The software’s improved recently but the EMUI skin used on the Plus is still one of the worst user interfaces I’ve seen.

EMUI is now on its fourth version and is based upon Android Marshmallow. To give Huawei some credit, at least all of Google’s functionality works better now. Notifications are no longer broken, Android Wear watches stay connected reliably, and it has finally removed the ugly border that used to surround each and every icon.

But, it’s still an unneeded overhaul to what was already a well-designed operating system. The culling of the app drawer is a decision that irks almost everyone I ask, with apps now splayed out across homescreen in no particular order. 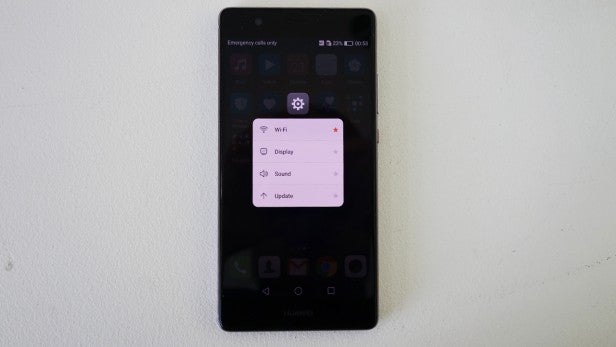 Huawei has taken a very iOS approach to the software; with soft transparency effects and frosted glass styled apps. The default apps themselves are fine, but Google’s alternatives are so much better.

I’m also a bit wary about when exactly users will start to see updates to Android Nougat. Huawei has been slow with software updates in the past, and there doesn’t seem to be any reason why that’ll change here. A Huawei spokesperson couldn’t confirm if the phone will be updated to Nougat at the time of publishing.

It’s easy enough to ditch EMUI using a launcher, such as the official Google Now launcher, but it’s still a pain. Even if you replace the launcher, you’ll still be left with dregs of EMUI, with the notification pane and lock screen still showing sign’s of Huawei’s rubbish software.