At the time of writing, Huawei hadn’t announced full pricing for the MediaPad M3. I was told that it would be in the ballpark of the outgoing model, which is around £250-£275.

What is the Huawei MediaPad M3?

Tablets are a luxury. With phones getting bigger and laptops getting thinner, that in-between device Steve Jobs said would be the future of the computer could be seen as becoming slightly redundant.

Sure, Apple’s iPads remain a popular consumer device and Microsoft has elevated the Surface into a viable laptop replacement, but there’s been little movement in the market of Android tablets. There are few high-end models available, and fewer devices still that offer top specs in a compact body.

Enter Huawei. The Chinese brand’s tablet is like a Nexus 7 for 2016, only better – but it isn’t without its quirks.

Chamfered edges, a metal unibody, clean lines and a slight curve are the elements that make up Huawei’s phones, and now that formula has been applied to the tablet.

Related: IFA 2016 – Everything You Need To Know 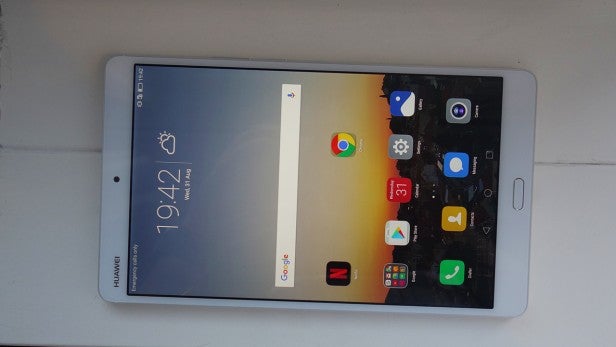 The MediaPad M3 is almost like an enlarged Huawei P9, but that isn’t a bad thing. In fact, Huawei’s design skills are now the best they’ve ever been and this tablet is its sleekest model yet. The sides shimmer in the lights, while the edges are precisely cut.

Buttons and ports are kept to a minimum, with a slightly textured power button and volume rocker on one side and a microSD slot along the bottom. If you plump for the 4G option, you’ll be able to pop your SIM card alongside the microSD.

The MediaPad M3 includes two speakers – one at the top and another at the bottom – while a headphone jack can also be found at the top. So far, so run-of-the-mill.

Like most of Huawei’s devices, there’s a fingerprint sensor for securely unlocking the tablet. Unlike the unit found on the phones, though, it sits on the front of the tablet, embedded inside a capacitive button. It’s fast, accurate and I much prefer its placement here. 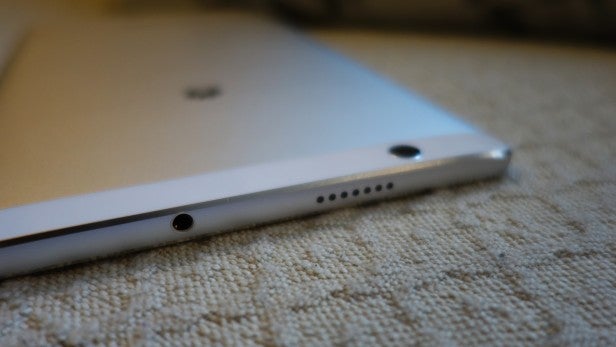 The MediaPad M3 feels like a high-end tablet, in the same vein as an iPad or Google Pixel C. But its format is far more media-friendly, hence the name. The 16:9 aspect ratio of the display results in a long device, but one I can still easily hold in one hand. The metal build adds good weight – it’s certainly heavier than a Nexus 7 of yesteryear – but this only adds to the high-end feel.

There are very few tablets on the market featuring this combination of size and resolution – and the difference between this display and others is marked, especially if you’ll mainly be using the MediaPad M3 for watching movies and reading. 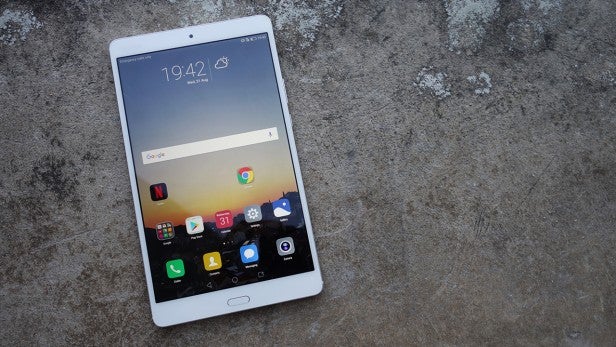 Colours are vivid, blacks are dark, viewing angles are decent and the brightness can be jacked up quite high. There’s superb detail too, so ebooks and magazines appear pin-sharp and are therefore easier to read.

Huawei has chosen a 16:9 aspect ratio – which, for me, is always something off a turn-off. The iPad made popular the 4:3 display, and in my opinion it works so much better. Other brands clearly think so too, since it’s become very common. A 16:9 ratio is fine for watching movies, but it hampers web browsing, as everything appears narrow. It isn’t ideal for books either.

The display also suffers from reflections. Using the MediaPad M3 outside on an even remotely bright day is a no-go; not only is the device tricky to use on a train or bus, but I even experienced issues using it in my lounge, where sun was streaking in through a window.

Huawei has once again teamed up with audio brand Harman Kardon for the speakers on the MediaPad M3, and the partnership seems to have paid off.

Speakers are obviously an important inclusion on a media tablet, and the ones used here are surprisingly decent. The best news is that – unlike the majority of tablets – this tablet features two speakers, one on the top and another on the bottom. There are some software tweaks that help balance the sound, depending on which way you’re holding the device.

Having dual speakers is great, creating a sort of surround-sound feel. Audio quality is good, too, although more for videos than it is for music. Dialogue is crisp, but there’s a lack of bass and distortion is quite common when playing some songs. The speakers are certainly loud, though, which is always a bonus. 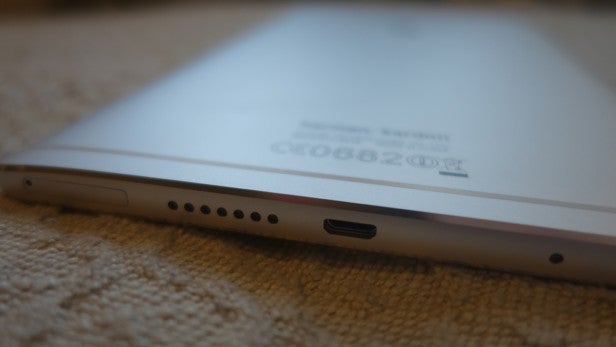 Huawei has long had one of the worst Android skins going, and while things are slowly getting better, it’s still a long way from perfect. Thankfully, Android notifications are no longer completely unusable, but you’ll have to put up with the lack of an app drawer and a dodgy Quick Settings panel.

One nifty feature is split-screen multitasking, something that is actually coming natively to Android in the Nougat update. Two supported apps can sit side-by-side, and it adds a bit of productivity to an otherwise media-centric tablet.

Considering this is a seriously powerful tablet – again, not something you really see with this form factor – I’m a little disappointed by the performance. Under the metal body sits a Kirin 950 CPU, the same chip that performs so well in the Huawei P9 Plus, and 4GB of RAM.

It’s a flagship-worthy setup, and 80% of the time it’s great. Apps open instantly, image-laden web pages load without a hitch and most games work just fine. HD videos, either streamed through Netflix or running off a microSD card, also play without issues. 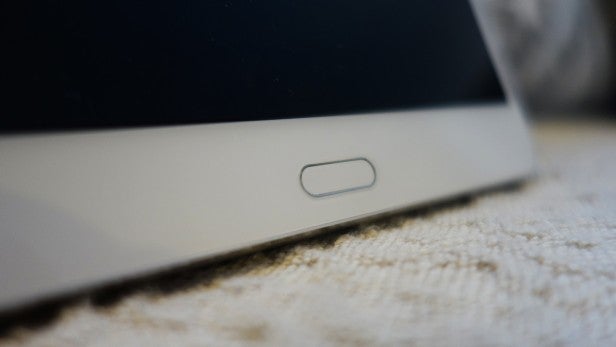 But there are instances when everything grinds to a halt. Asphalt 8, for example, judders and lags when things get going, and even basic games such as Alto’s Adventure seem to stumble randomly. It’s frustrating and odd; I thought Huawei had sorted out these issues well before the P9 came along.

The device also completely refuses to successfully benchmark any test I tried. Both AnTuTu and Geekbench either crashed out halfway through or popped up with an error at the end. As a result, I can’t provide any benchmarking scores currently. I’ll update the review if I manage to get it going.

These issues could be down to software, but it’s more likely that they’re a result of a lack of optimisation for the larger screen with a higher-res display. Either way, it shouldn’t happen on a tablet with these internals.