The Huawei Ascend G7 doesn’t (yet) run the latest version of Android. It’s stuck with Android 4.4, which is slightly disappointing for a phone launching in 2015.

However, the experience of using the phone is defined much more by Huawei’s EMUI 3.0 interface, the custom skin found on top of Android.

We’ve long been quite sniffy about Huawei’s custom software, but even we have to admit it has improved an awful lot in the past 12 months. The version here is EMUI 3.0, as seen in the more expensive Huawei Ascend Mate 7. 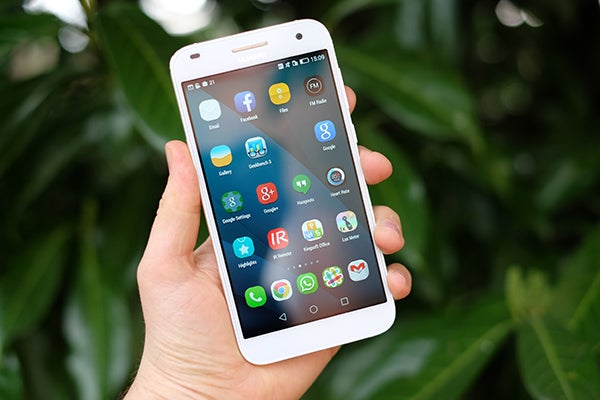 Where previous versions of EMUI looked a little stilted, EMUI 3.0 is really quite slick and attractive. It’s the way it operates that is still a little contentious.

As with other Huawei phones, the Huawei Ascend G7 doesn’t have a dedicated apps menu. Instead it puts all you apps and widgets on the home screen. If you’re used to skipping back to Android’s apps menu to flick through your apps, you’ll have to be a bit more careful about how you arrange things with the G7.

This seems to be all about slimming the Android OS down, making it a bit more iOS-like, but this approach isn’t really consistent. The lock screen, for example, is relatively feature-packed and involved, all without offering the notifications you get with Android 5.0 Lollipop.

There are still plenty of ways the Huawei Ascend G7’s EMUI 3.0 could improve, but crucially it looks and feels good at this point. A long-running key feature of EMUI is themes, which change app icons, wallpapers and so on. In previous versions they were more miss than hit, but the G7 has plenty of good ones built-in, to the extent we didn’t feel the need to download a bunch of others. 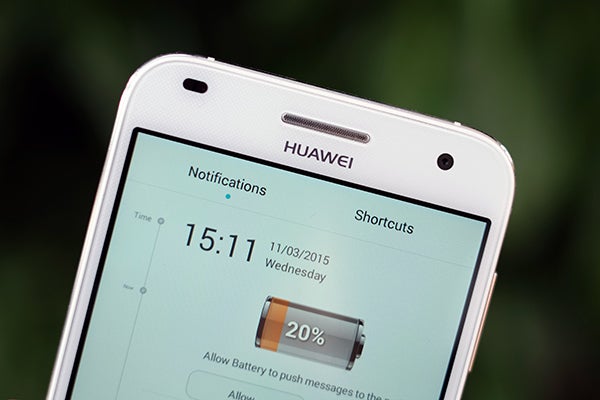 On the other hand, if the Huawei Ascend G7’s EMUI 3.0 software sounds unbearable to your ears, remember that nowadays it’s actually very easy to replace it superficially with a custom interface, including the ‘default’ Google Now one.

The Huawei Ascend G7’s general performance is good, if not quite flawless. Huawei puts the hardware in to try and ensure lag is kept to a minimum, but EMUI 3.0 just doesn’t seem to be as snappy as vanilla Android: no surprise there.

However, the lag is kept to the odd little stutter, not consistent outright slow-ness throughout. We don’t think it’s worth worrying about too much. 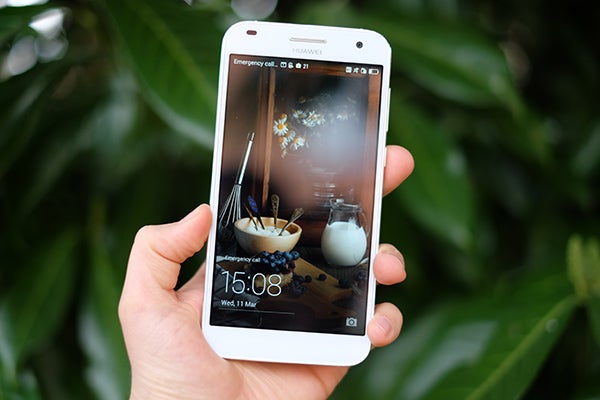 The Huawei Ascend G7 has an interesting combo of a high-end amount of RAM matched with an entry-level CPU. You get 2GB RAM and a Snapdragon 410 CPU, a quad-core 1.2GHz processor. This is the 2015 update of the Snapdragon 400 used so much in 2014, now offering a 64-bit architecture.

Benchmarks show it’s around a 10 per cent upgrade of the last generation – it’s not huge – but getting a bump-up to a more up-to-date architecture is reassuring. The Huawei Ascend G7 scores 1343 points in the Geekbench 3 benchmark tool. That’s 100-200 points more than the Snapdragon 400 seen in phones like the Moto G, but around a third of what you’d see from a top-end CPU like the Snapdragon 810.

This sort of performance makes us pretty happy the Huawei Ascend G7 has a 720p screen. There are very few annoying barriers with SoC of this level at 720p, but we doubt whether we’d be saying that if the phone had a 1080p display.