The Huawei Ascend G7 has very impressive camera specs for a phone of its price. On the back sits a 13-megapixel camera with an LED flash and f/2.0 lens. On the front is a 5-megapixel camera.

Both are higher-spec than we really expect at the price. 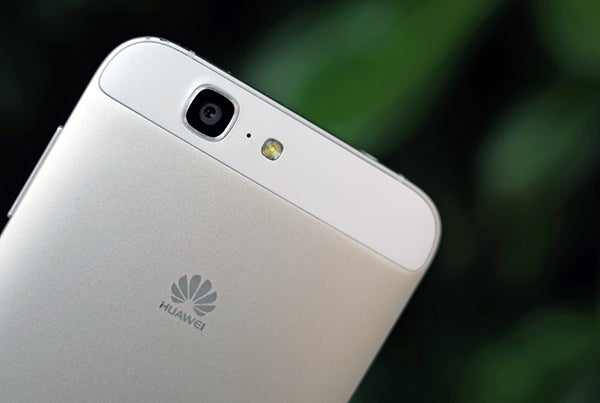 It’s not all just numbers, either. The Huawei Ascend G7 uses a pretty good Sony IMX214 sensor, the same seen in a few much more expensive phones, like the OnePlus One and Huawei Ascend P7.

The detail you can get from this sensor is excellent, giving you more capacity to crop into images than an 8-megapixel rival. You can tell there are quality components involved here.

However, don’t expect something that it going to quite rival something like the Galaxy S6. As we saw in the Huawei Ascend P7, down at pixel level there’s a fair bit of fine grain noise even in go good lighting, and it can confuse smaller details. It’s not something that is obvious until you zoom in, though, and is more a suggestion that Huawei hasn’t used too much noise reduction processing, which is not necessarily a bad thing.

The Huawei Ascend G7 has quite a light touch across its entire camera setup, in fact. When letting the camera app manually judge exposure, it tends to meter to preserve highlights.

This means part of the image can tend to look a little dark, even when using the HDR mode, but you don’t lose detail through overexposure. If you’re going to tweak your photos on a computer, this is good news, but some shots can look a little drab if you want shots ready to post on Instagram.

Our recommendation is to use HDR when you aren’t in a hurry, as it does help a lot with this issue. Alternatively, there’s an exposure compensation dial in Settings you can fiddle with if you find the photo consistently that bit too dull.

We should note here that we’re not holding back, and are comparing the Huawei Ascend G7 to the best phones on the market, not just mid-range ones. The image performance is quite excellent for a phone of its price. Here are some samples: 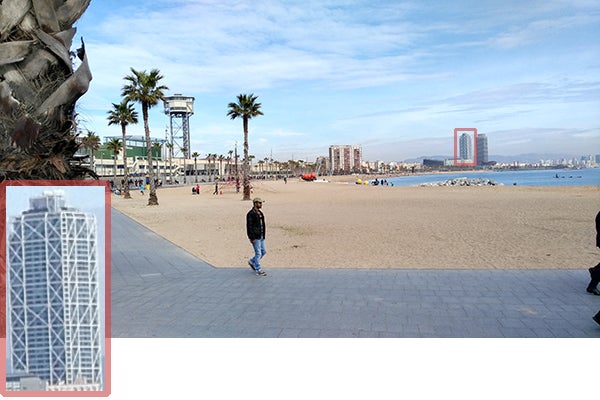 Check out that fine detail: not bad, right? 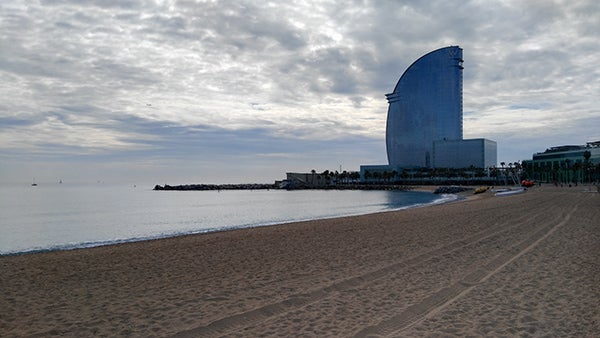 Note how, even with HDR engaged, the foreground is slightly too dark 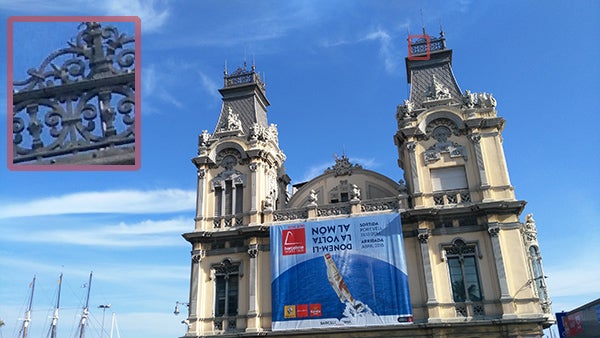 Low-light photography relies on you either using the flash of keeping your hands very still, as when pushed the Huawei Ascend G7 will use shutter speeds slower than 1/10 of a second — with no OIS to cancel out the effects of hand shake. You’ll likely get some blurry pics. Still, take a few safety shots and you can get some pretty good detail preserved. As with ‘normal’ shots, though, the processing is very light.

It’s not noise that’s a the major issue, but just pure brightness. Where most of Sony’s Xperia phones really ramp up the brightness to raise the clarity of night shots, here there’s no such dynamic approach. The Huawei Ascend G7’s sensor produces respectable low-light results, but the processing leaves you to do some of the final bits of work in Photoshop. 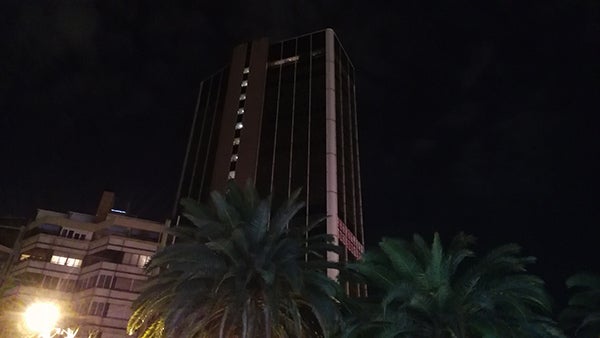 It’s too dark to be clear, but the Ascend G7 has actually captured a fair amount of detail despite poor lighting

What we were slightly disappointed with, though, was HDR speed. Normal shooting speed is fine, letting you take a shot around every second, but shot-to-shot speeds for HDR photos are quite poor, generally taking 4-5 seconds.

It’s not the case that the Huawei Ascend G7 suffers from bad shutter lag that means you end up with a photo of something other than planned unless you keep your hands still for an age. Rather it seems to be that the photo taking and processing is performed in serial, where ‘snappy’ cameras usually take a ‘parallel’ approach, letting you take another photo while the post-shoot legwork is being done behind the scenes.

We have a suspicion this may be worsened by giving the entry-level Snapdragon 410’s image signal processor a whopping 13-megapixel sensor’s worth of information to deal with. However, it seems likely that Huawei could improve performance if it put the effort in.

The Huawei Ascend G7’s camera app could also be improved. It has the same slightly odd style as earlier Huawei cameras. That is, when you use a mode such as panorama or HDR, the only indication you’re using it is a cross in the corner (pressing which takes you back to normal shooting). It’s just not that intuitive as a result, even though the layout is otherwise pretty simple. 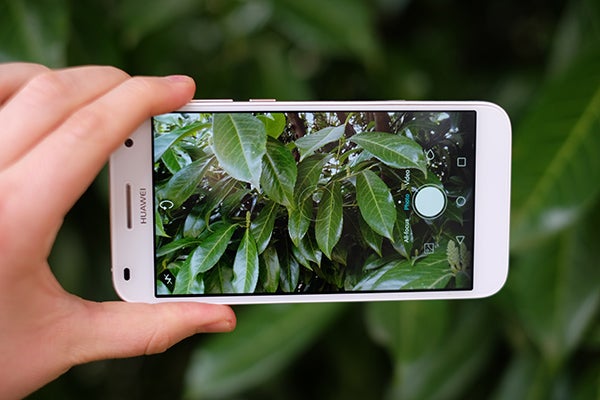 There are fairly few bonus modes to confuse things, so it’s just a case of getting used to it. The mode section offers panorama, HDR and watermark, while right by the shutter button you can flick between video, stills and All Focus.

This is the closest it gets to the sort of post-shoot focus mode that was popular last year. It’s a bit naff, though, just taking a bunch of different pictures at various points through the AF range with not much fun to be had fiddling with the results.

The Huawei Ascend G7’s selfie camera is a better-than-average 5-megapixel selfie camera, although  as standard it shoots 3.7-megapixel 16:9 photos as the sensor itself is not actually widescreen.