What is the Huawei Ascend G510?

The Huawei Ascend G510 is the latest budget phone from a company that has become renowned for its affordable phones. The G510 is a dowdy cousin of the Huawei Ascend P2 that trades glamour and style for function and affordability. The Huawei Ascend G510’s modest 1.2GHz dual-core processor won’t challenge the likes of the Samsung Galaxy S4, but it has a spacious 4.5-inch IPS LCD touchscreen display and costs just £130 SIM-free and is available for free on contracts as low as £21 per month. It is available in both black and white. 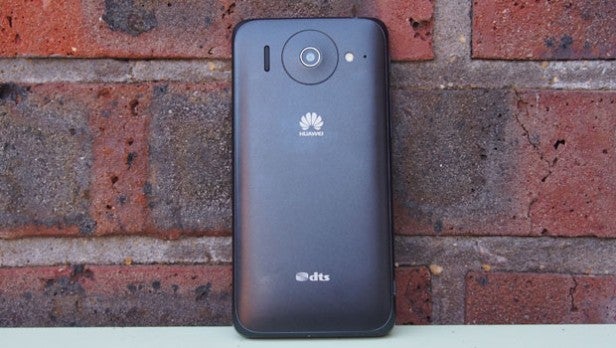 Utilitarian, uninspiring and functional aptly describe the Huawei Ascend G510’s design. It is a stock plastic phone with few flourishes to set it apart from the masses. As such, the G510’s design doesn’t compare too favourably with the likes of the Nokia Lumia 620, a more colourful and interesting looking phone for around the same price.

It may be just 9.9mm thick, but the Huawei Ascend G510 feels larger in the hand. It’s not uncomfortable, but the G510 feels overstretched and dense. The G510 weighs a hefty 150g, too, 30g heavier than the more premium Huawei Ascend P6.

Pleasingly, however, this solid plastic body does not fall into the same pitfalls as many budget phones. The G510 feels sturdy. It doesn’t creak and groan when pressure is applied as some phones at this price do. We don’t fancy its chances against repeated drops, however, as it still lacks the durability of a metal phone. The buttons are sensibly arranged, too, as is the speaker and camera to avoid being obscured by stray fingers.

Besides its plainness, the only serious issue with the G510’s design is the small gap between the screen and frame at the top that quickly fills with dust and detritus. It doesn’t affect performance at all, but it’s a needless eyesore.

Inside, the G510 has a relatively limited 4GB of built-in storage. It’s enough for most apps, however, and there’s a microSD card slot so you can expand by up to 32GB. That’s enough for a decent music collection and a few videos as well. Naturally Wi-Fi is included, as is 3G, but there’s no 4G support or more high-end features like NFC. 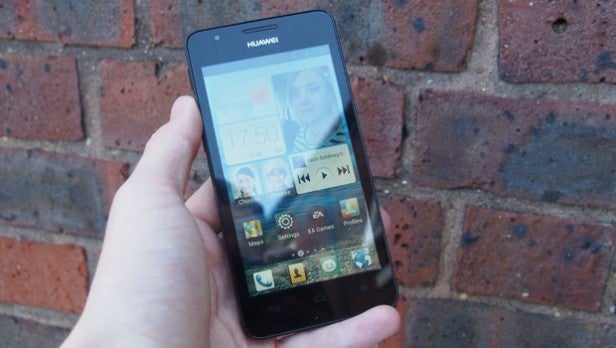 On paper the Huawei Ascend G510’s screen sounds OK – a 4.5-inch IPS screen with an 854 x 480 pixel resolution is nothing outstanding, but it’s decent enough for the price. But the reality is quite different. In short: it’s rubbish.

What’s more, the checkerboard imprint of the display’s touch panel is visible in all manner of lighting conditions – an annoying distraction.

Next
Software, Performance and Camera Review