The HP Stream is more lynx than lion. That’s to say it’s not designed to deal with the same workloads as the big dogs (or cats) of the laptop world.

It’s built primarily for students. Light activities like word processing and browsing the web are its main callings, though it can cope with HD video content, too.

Powering the Stream 11 is a 2.16GHz (2.58GHz with burst) Intel Celeron N2840 processor, which is combined with 2GB of RAM and 32GB of internal storage, around 13GB of which is actually available. We’ll discuss this last bit in more depth slightly further down the page. 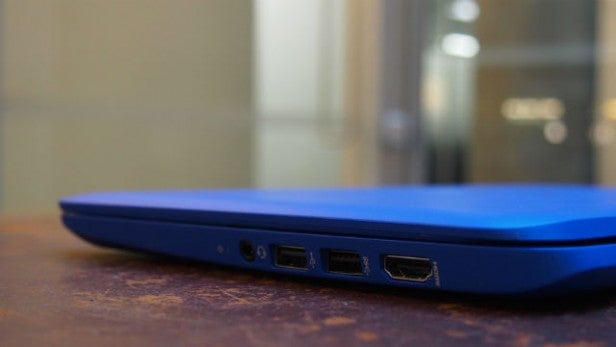 The bottom part of the base also tends to warm up a little after prolonged use, but with no fan on board, you fortunately won’t have to put up with any whirring sounds.

Boot speed is erratic. We could sometimes get from turning the Stream 11 on to using the desktop in less than 30 seconds, but at other times this took around a minute, and we’re not entirely sure why this is.

The shutting down process is also annoying. While the screen switches off almost immediately, the light on the power button stays on for a painful 25 seconds, all the while deterring you from pulling down the lid for fear of interrupting the process. 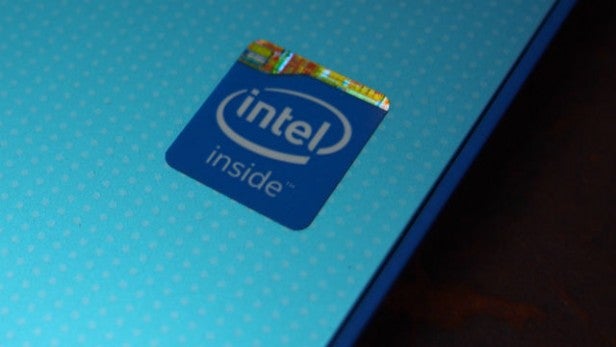 Windows 8.1 is the operating system of choice for the Stream, and while it’s better on non-touchscreen devices than plain old Windows 8, it’s still not great.

Gesture controls just don’t work as well as they should without a touchscreen, with trackpad swipes frequently failing to register. That’s more a criticism of the operating system than the Stream 11 itself, but it’s still worth mentioning.

Since only 13GB of free storage space is available out of the box, HP includes a generous 1TB of OneDrive cloud storage, where you can throw all of your files and photos. The freebie element unfortunately only lasts for a year, after which you’ll have to start paying. Alternatively, you could switch over to a completely free service, such as Google Drive, or make use of the SD card slot. 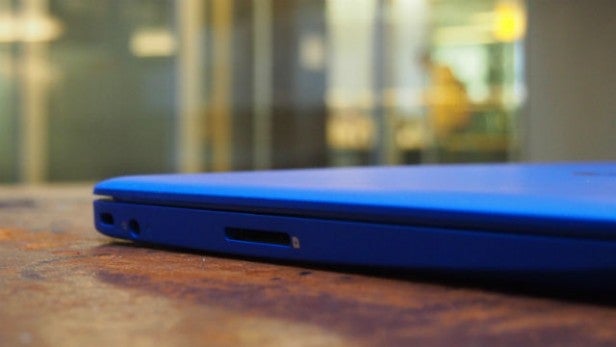 A one-year subscription to Microsoft Office 365 Personal also comes bundled, which is part of what makes the Stream 11 an ideal choice for students. The service would usually cost you £59.99, so you’d be making a very tidy saving. Again, Google Drive has its own suite of productivity apps, but you might feel more familiar with Microsoft’s versions of Word and Excel.

Less useful are things like HP Connected Music, which is like a less popular version of iTunes, and the HP Support Assistant, which does pretty much the exact same things as the Control Panel. All the latter brought to the table was making the taskbar taller than necessary, due to the oversized nature of its logo. Fortunately, it’s easy to hide away.

Used as our main laptop for the review period
Tested for at least a week
Used consistent benchmarks for fair comparisons with other laptops
Reviewed using respected industry benchmarks and real world use
Previous
HP Stream 11 Review Next
Battery Life, Keyboard & Verdict Review