The HP has a familiar Scrabble-tile style keyboard with a decent layout, and the base is extremely sturdy, which helps when it comes to rapid typing. This an improvement over the flimsy Lenovo, and that’s not the only area where the Pavilion bests its more expensive rival: the HP’s keys have a little more travel, and their action is more consistent, and with a little more weight. 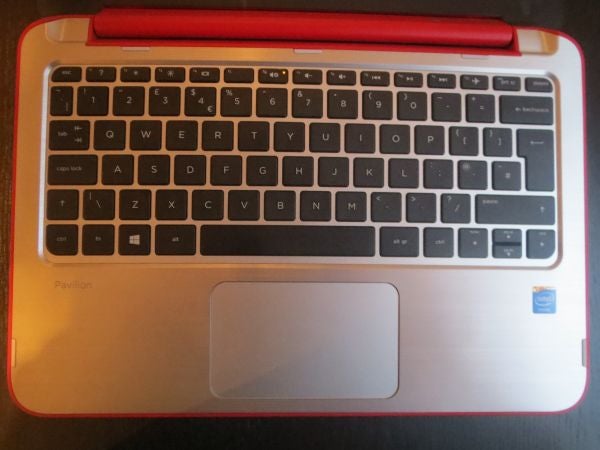 However, this typing surface is still far from perfect. There’s still not enough travel when compared to many keyboards on larger, dedicated laptops, and we still don’t like feeling the keyboard under our fingertips when using the Pavilion in tablet mode.

The trackpad doesn’t escape criticism either. It’s smooth, but it’s got an odd coating that initially felt sticky and restrictive under out fingers. A few days later this feeling had lessened, but the trackpad still lacked the smoothness and responsiveness of many of its rivals.

The keyboard and trackpad both have flaws, making them both suitable for casual computing but nothing more. 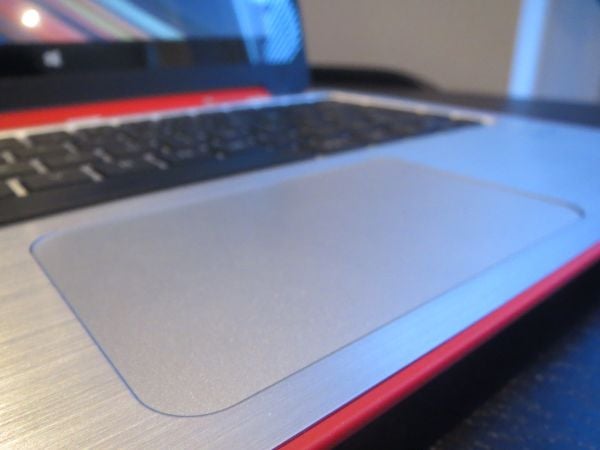 The HP’s tight budget means it’s missing several features found on pricier hybrids, with no dual-band wireless, no rear-facing camera and no mobile broadband options. As this is a consumer machine, there are no business-focussed accessories like a stylus, and there’s no sign of future-proofed additions like NFC or infra-red.

Suffice to say that, given this machine’s low-power specification, we had no issues with heat or noise: the HP is effectively silent when it’s tackling everyday tasks, and the noise didn’t ramp up when we stress-tested the processor. Heat is ejected from a small vent on the left-hand edge but, even then, the air is luke-warm at best – and neither the base or the keyboard became warm. 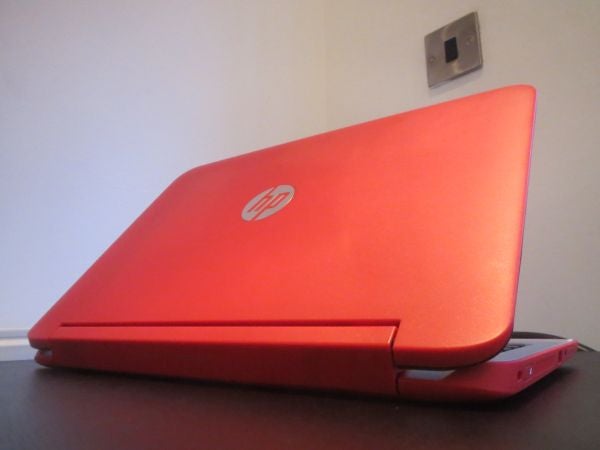 Should I Buy the HP Pavilion x360?

The Pavilion is a good-looking, well-built device that works as well as any other hinged hybrid in both of its modes. As usual, though, using this device as a tablet involves considerable compromise because of its sheer size and weight: while the vital statistics are fine for laptops, the x360 is more than twice as bulky as most tablets – and, crucially, it’s heavier, thicker and less versatile than the detachable Asus Transformer T100.

The looks are divisive, the screen isn’t good enough for anything beyond basic work, and its components are limited: slower than both of its rivals and with poorer battery life.

This system’s biggest saving grace then is its price: at £350 the Pavilion is cheaper than the Lenovo IdeaPad Yoga 2 11 and the equal of the Asus. It’s a convincing purchase for anyone who wants a small, stylish machine on a budget, but we’d consider the Asus too, which has a smaller panel and poorer looks but more power and a detachable screen.

We like the HP’s divisive red design, and its hinged mechanism and build quality are both good, but this budget system is too slow to rival the superior Asus Transformer Book T100.

Next, read more laptop reviews, check out the latest tablets or choose from the 10 best laptops of 2014