What is the Lenovo IdeaPad Yoga 2 11?

Lenovo’s latest Yoga is a brand-new hybrid, but this version is aimed at consumers on a budget, so its £500 price is one of the best we’ve seen for one of these versatile machines – last year’s equivalent, the Lenovo IdeaPad Yoga 11S, weighed in at more than twice this amount.

As usual, this Yoga uses Lenovo’s versatile hinge to swing through 360 degrees, so it’s easy to use as a laptop and tablet – and it’s just as easy to flip into the ‘tent’ and ‘stand’ positions. It’s a convincing design in a market flooded with innovation of varying quality: the Sony VAIO Duo 13 has a slick sliding mechanism that’s hampered by a cramped keyboard, and the Toshiba Satellite W30t had a detachable screen but faults elsewhere. 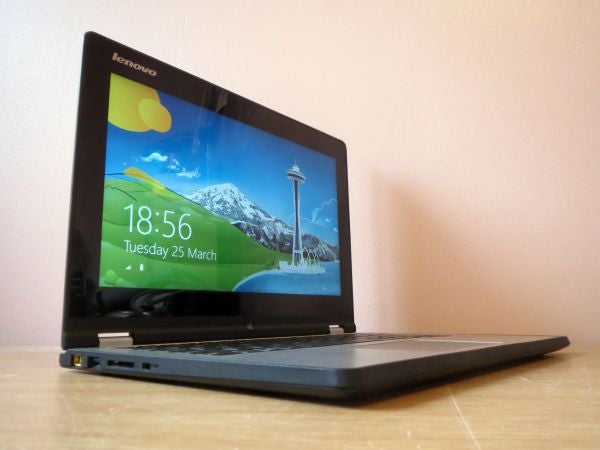 The Yoga’s slick hinge is strong enough to stand up to constant movement and, despite this, it’s never tricky to move: the panel swings easily, and the Yoga’s rubberised base holds the machine firmly in place no matter its orientation.

Lenovo has made this machine look decent, too. The lid is clad in dark, matte material, and the interior uses silver plastic that looks like powder-coated metal. There’s a shiny Lenovo logo, and the underside is made from soft-touch plastic that curves around to meet the upward-facing surfaces. The only thing we don’t like is the bezel – when combined with the hinge, it looks too big. 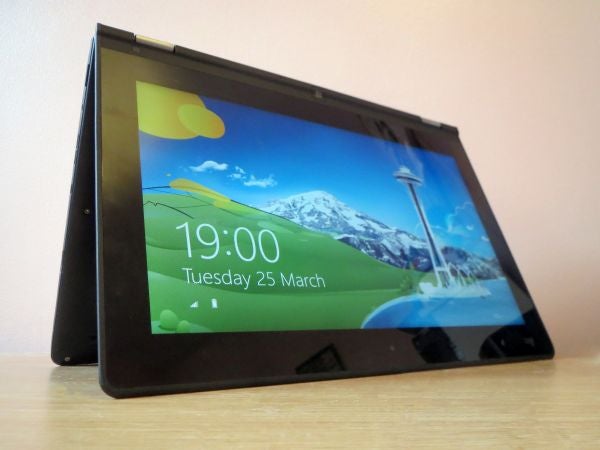 The hinge is sturdy, but build quality elsewhere is mixed. The wrist-rest is strong, with little flex, but the keyboard isn’t as sturdy – there’s plenty of movement, especially in the centre. The underside is impressively strong, but the thin screen bends easily, and pressing the centre of the dark panel causes the desktop to flicker.

The Yoga weighs 1.35kg, and it’s 17.2mm thick, which are great figures for an Ultrabook – well within Intel’s official guidelines. That’s also better than the Sony, which weighs 1.3kg but is 20mm thick. It’s more palatable than the Toshiba W30t, which weighed 2.1kg and was 24.6mm thick with its two sections clasped together. 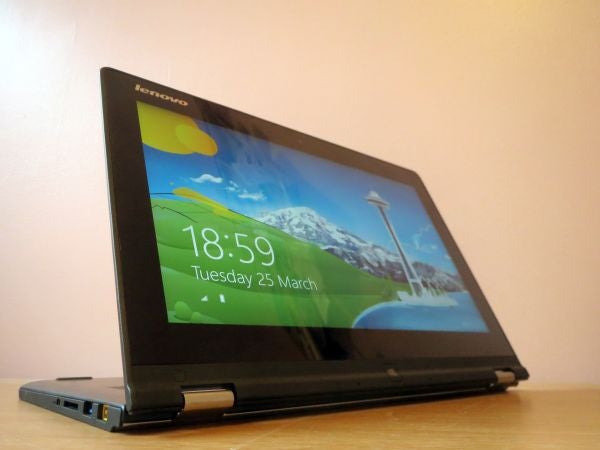 Those figures make this light and comfortable in Ultrabook mode, but it’s less successful as a tablet. It’s too bulky to use in one hand, and the 11.6in screen means the Yoga is too wide. The Yoga compares well to its rivals, but it still can’t solve the portability problem that every other hybrid has also encountered.

The right-hand edge has power and reset buttons, a volume rocker, a USB 2 port and a headphone jack, and the left-hand side serves up a USB 3 connector, micro-HDMI port and an SD card reader.

There’s nothing special about the Yoga’s connectivity: no Gigabit Ethernet, single-band 802.11n wireless, and Bluetooth 4.0 – the Toshiba and Sony machines have dual-band wireless. 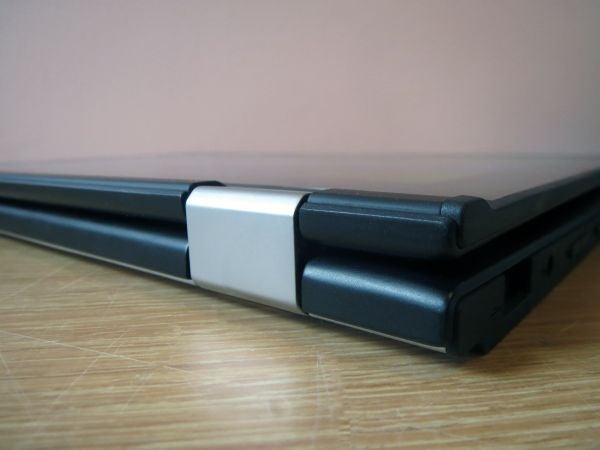 In some tests the Yoga’s quality stood out. Its measured brightness level of 369 nits easily beat the Toshiba and Sony systems, which scored 266 nits and 273 nits, and the Lenvo’s 900:1 contrast ratio sits in between its rivals. This helps when dealing with bright ambient light, such as sitting outside or near a window, making the Yoga 2 11 better than average for use outdoors.

The Lenovo’s 6,975K colour temperature is on the cool side, and it’s further away from the 6,500K ideal that both rival systems, and all three machines have middling Delta E figures around 4.7. The Yoga’s sRGB gamut coverage of 66.7% is better than the Toshiba, but it’s not a good result: this panel can’t fully display reds, lighter blues and purples, and some greens.

What these numbers mean in practice is films and photos look a little cool and ‘washed out’ compared to the best laptops and best tablets. You’ll have to spend more to get a laptop with a better screen, but similarly priced tablets will look much better. 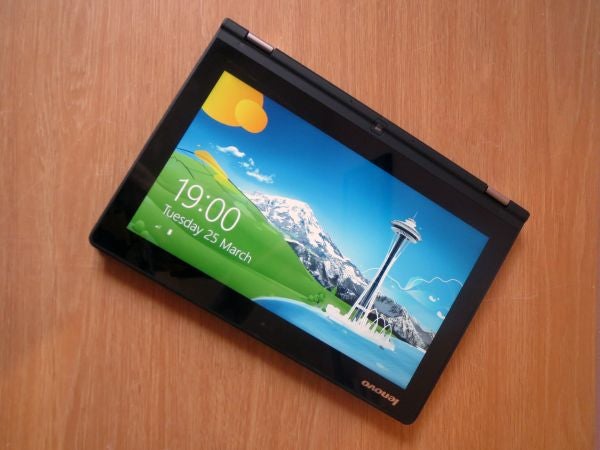 Viewing angles are good, with only a little darkening when we tilt the panel all the way to the desk, and we weren’t bothered by reflections – something that’s been fixed since the last Yoga. The IPS panel is bright and has good contrast, but the lack of colour accuracy and the low resolution means it’s only suited to general computing rather than anything tougher.

The Yoga’s speakers have surprising volume considering this is a small, cheap system, and quality isn’t bad: the mid-range has unexpected punch, and the high-end is crisp rather than tinny – but only just. There’s not much bass, but we prefer these over the Toshiba’s audio kit.