This is not a fast machine. It’s built around an Intel Celeron N2820 that uses the same architecture as Intel’s Bay Trail Atom chips. In specs terms that makes for two cores without Hyper-Threading, a clock that runs at a modest minimum of 2.13GHz, and just 1MB of L2 cache – a poor specification that languishes behind new, quad-core Atoms.

The Celeron is also saddled with Intel’s Ivy Bridge-based HD Graphics core. This is markedly better than the Sandy Bridge generation graphics that preceded it but is still fairly lowly and not a patch on the big upgrade that came with the latest Haswell chips. The accompanying 4GB of RAM will be enough to get you by but is the bare minimum we expect to see these days even in budget systems. 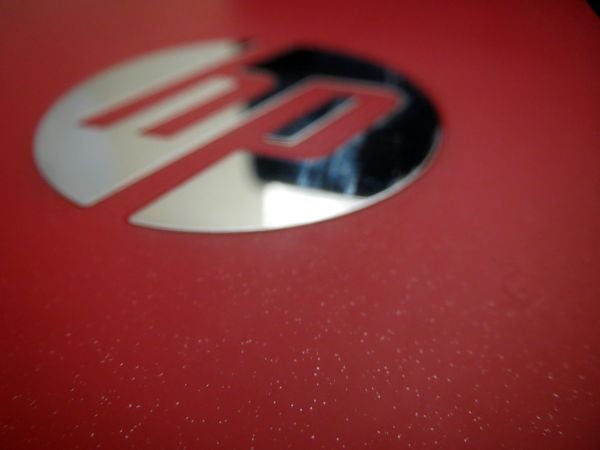 All this adds up to the HP’s PC Mark 7 score of 1,463 being the worst we’ve seen for some time – a decent distance behind the Lenovo and Asus machines – and its Geekbench result of 1,253 was even further back. This is no work system, and it’s no gaming machine either: its 3D Mark Ice Storm score of 12,979 points is a long way behind the Lenovo’s 21,438. That said, the HP’s Ice Storm result needs to be quantified, as the Pavilion’s graphics result of 16,862 isn’t as far behind the Lenovo, which scored 21,657 in this portion of the test – it’s the physics area where the HP fell behind, with its 7,187 points almost three times lower than the Yoga.

The disappointing benchmark scores mean the Pavilion is only capable of running basic software such as word processors, web browsers and media players, and we don’t recommend multi-tasking on this machine; we loaded a couple of browser tabs, opened Word and then opened Spotify’s web player, and the machine struggled to keep up. You’ll be limited to only the lowest-level 3D games too, as even DiRT 3’s lowest settings only ran at 21fps. 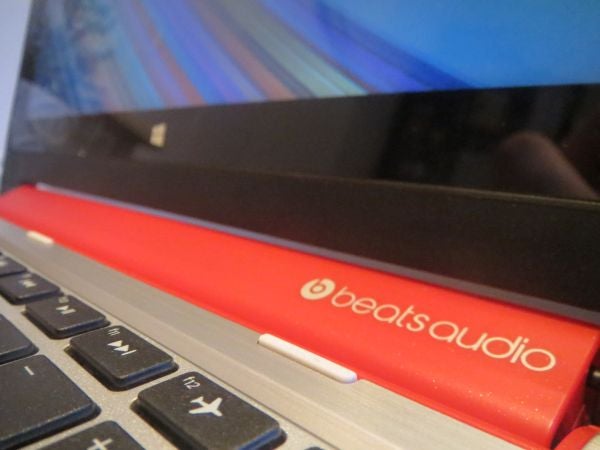 The Windows 8.1 Start screen loaded and ran without complaint, and desktop mode worked well too, although the sluggish hard disk meant that switching between the two modes was sometimes slow. Loading times for Metro UI and desktop applications were often poor, too, and the general lack of power means there’s no chance of being able to use any kind of high-end software on this system.

The Pavilion’s 29Wh power pack is small by modern standards, so it’s no surprise that battery life was mediocre – there’s only so much an efficient processor can do. We ran our Powermark test and the HP lasted for 5hrs 57mins – almost half an hour behind the Lenovo, but less than half of the lifespan of the Asus.

It’s a decent result for a budget laptop, but it pales in comparison to that Asus hybrid, and it’s also far shorter than any decent tablet. One saving grace is the 32% charge we recorded after the HP had been attached to the mains for thirty minutes – it’s a better result than many rivals, and it means you’ll get almost two hours of usage out of one of these emergency charges.