What is the Honor Holly?

Honor Holly may be a silly name for a phone, but don’t let that put you off. This is a powerful handset produced by the spin-off company of Huawei, and it’s cheap. Really cheap. Packing near identical specs to the Honor 3C and our current budget phone champion, the Moto G 2, you can grab the 3G-only Holly for just £110.

When you look at the specs, that represents fantastic value for money. As we’ve found living with the Holly, Honor almost delivers the perfect cheap 5-inch phone. Almost. 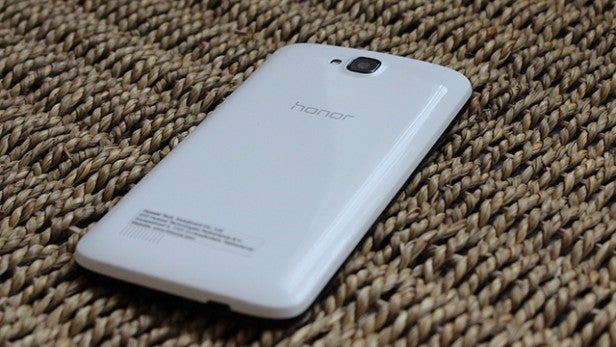 What £110 doesn’t buy you is cutting-edge design. We’ve seen uglier entry-level smartphones from the likes of Sony and Samsung, and in comparison the Honor strikes a good balance between good build quality and a look that doesn’t feel entirely cheap and nasty. The glossy finish on the plastic back plate doesn’t do it any favours, though. While it doesn’t have an impact on gripping the handset, we’d have preferred something more low-key.

If you took away that shiny back and swapped it for a matte one, the Holly would be a clone of the Moto G 2. Even down to the gently curved corners and back to help the Holly sit more comfortably in your hand. The Holly is a little wider and heavier than the Motorola phone, and at 9.4mm thick, is slimmer. It doesn’t have the Moto G’s front-facing speakers breaking up the design above and below the screen, but does reserve space for a set of soft-touch keys.

The comparisons with the second-generation Moto G don’t end there, either. The Holly also features a removable back plate, but unlike the Motorola phone, the battery, which confusingly is still branded Huawei, isn’t sealed in. Alongside the battery, you’ll find a microSD card slot to expand storage beyond the already impressive 16GB of built-in capacity. 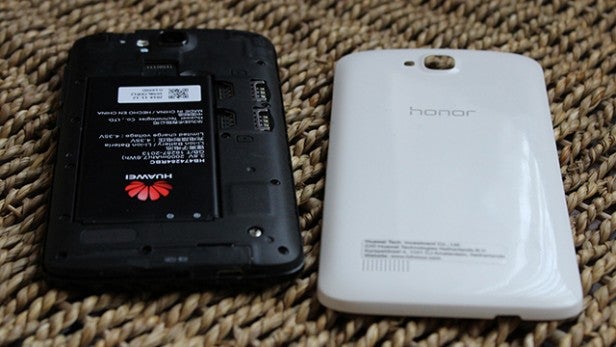 You’ll also find dual SIM card slots, a feature that’s likely to have more appetite in Chinese markets, but is beginning to find its way into more handsets launching in the UK. The ability to quickly switch between SIM cards should appeal to regular travellers who want to avoid incurring expensive roaming bills.

There are a few gripes we have with the design. The first is that the soft-touch keys aren’t backlit, making it difficult to differentiate between the three buttons. The decision to place the volume rocker above the standby button is an odd move from Honor too. Especially when most phones either do this the other way around or keep the two buttons separate. It may take some time before you stop continually turning the phone to standby mode when you’re actually trying to turn the volume down. 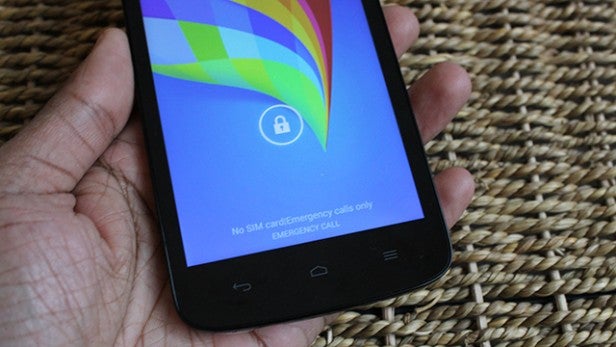 The Holly features a 5-inch screen, giving it a Moto G 2-like stature with the same 720p HD resolution and 294ppi pixel density. It punches above its weight when you square it up next to most other similarly priced phones.

Sony, Microsoft and LG’s budget phones simply don’t compete with what the Holly is packing. The screen is sharp, bright, vibrant and while colours can look a little oversaturated, it’s tough to find any major faults with the Holly’s display. You’ll notice a little fuzziness around the app icons when you get up close, but for reading web pages and streaming video, it’s not a problem. Put it next to the Moto G 2’s screen and we’d say colours are richer with the Holly, especially in skin tones, and should make it a little more movie-friendly. 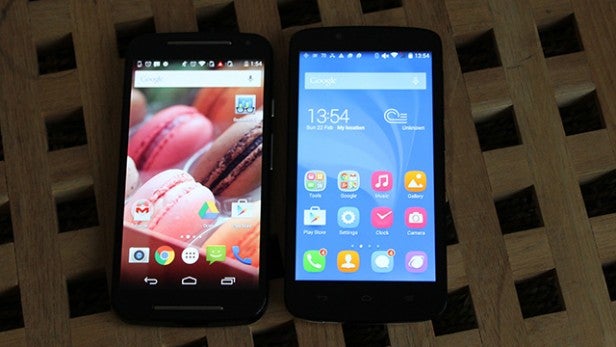 Viewing angles are impressive too, thanks to the IPS screen technology, while maximum brightness is strong, delivering good outdoor visibility. There’s some reflectiveness you’ll have to contend with, but we’ve seen worse offenders. There’s very little need to tinker with display settings apart from adjusting brightness, but we’d say the screen is evenly balanced to suit most of the things you’ll be doing on this phone.