The Holly puts in a battery performance that’s on par with the Moto G 2’s. The 2000mAh removable battery is a little smaller than the one inside the Motorola phone and the Honor 3C (2400mAh), and with light use can last you around a day and half. Two days is going to be a stretch. Powering that big screen, especially if the brightness is cranked up to the max, inevitably has an impact on how far the Holly can go. 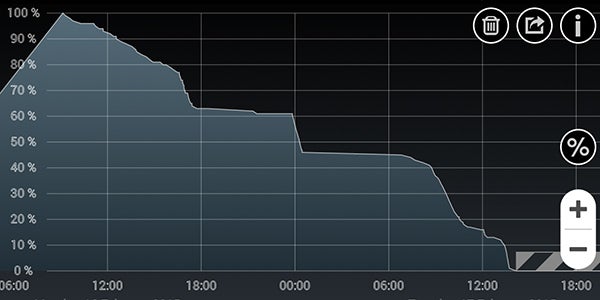 As the Battery HD screenshot above shows, you can get to around the 60% mark by midnight, but heavier use will see that drop a little quicker. In more intensive battery testing, running Geekbench 3’s battery test, it scored 7 hours 46 minutes, which matches the average 7.5-8 hours it managed when running a 720p HD video on loop with the brightness set to 50%.

The Holly’s ability to charge back up does impress, though. A quick 30-minute charge from a completely flat battery can get you close to the 50% mark, giving you more than enough to eek out another half a day’s use out of it. 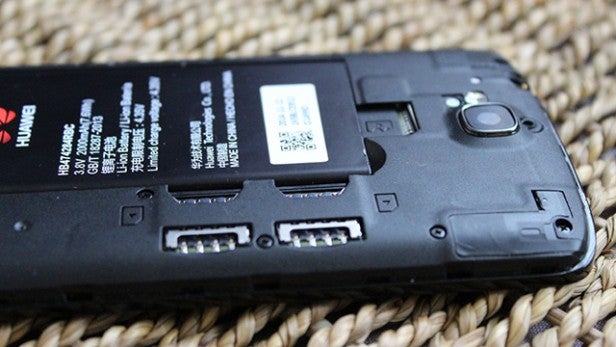 The Holly doesn’t excel in any particular way for call quality. You won’t get the kind of clarity associated with top-end phones, but then we never expected that. While it does offer active noise cancelling via a dedicated mic, we did encounter some issues where it struggled in noisy environments.

For speaker sound quality, the solitary mono driver around the back of the phone is reasonably loud and clear, but you’ll find some fuzziness and distortion at higher volumes. We’ve certainly heard worse at this end of the smartphone spectrum, though. 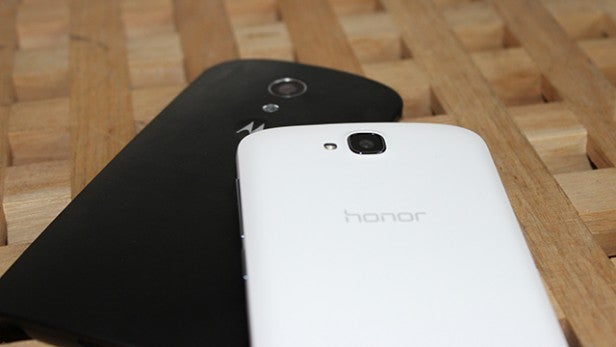 Should I buy the Honor Holly?

For £110 and potentially even less, the Holly represents great value for money and there are very few phones that can match its spec sheet.

Just as Motorola has proven, budget phones no longer have to make such drastic compromises as they used to. The screen quality puts more expensive mid-range phones to shame and there’s nothing budget about the camera or battery performance.

The reason it doesn’t score as well as the Moto G 2 is down to the Honor’s laggy custom user interface. The missing 4G is also disappointing, especially when you can find it on cheaper phones like the EE Kestrel, which is also made by Huawei.

If the Holly was running on Android 5.0 Lollipop with a less overbearing custom UI on top, it would be a no-brainer to buy one with £100 to spend. At the moment, it’s worth splashing out a little extra for more polished performance.

If it wasn’t for the laggy performance and lack of 4G, the Holly would’ve scored higher, but it still offers good value for money elsewhere.