As with the Honor 6 and Honor 3C, the company’s software approach is the area that needs the most work. The Holly runs on Android 4.4 KitKat with the Huawei-inspired EM UI 2.3 overlaid on top. That’s disappointing on two fronts. The first is that it’s not Android 5.0 Lollipop. Not yet at least. The other is that it’s not even the latest version of EM UI. The more expensive Honor 6 is the first to receive the recently announced 3.0 update, which gives the interface an overhaul, along with revamping notifications and adding more quick toggles.

Unsurprisingly, EM UI 2.3 isn’t too dissimilar to Huawei’s Emotion UI and if we had to describe it, we’d call it quirky. It doesn’t have the same polished, sleek feel of HTC’s Sense or Samsung’s improving and less bloatware-ridden TouchWiz UI. The childish UI approach just doesn’t appeal in the same way and we’d have preferred something closer to stock Android. 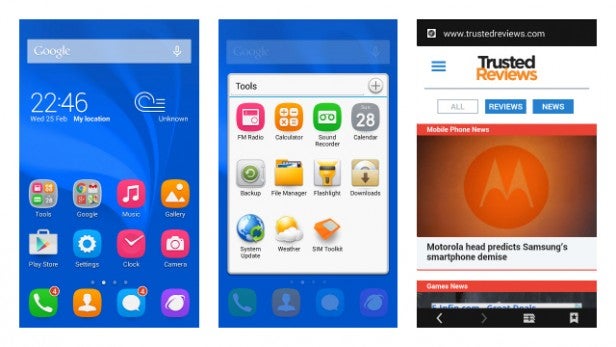 The core Android experience does remain largely intact – things like the notification dropdown menu, the lock screen with quick access to the camera, and holding down the home soft-touch button to activate Google Now. Where Honor changes it is the decision to drop the app drawer. That means everything you download, whether that’s games or apps, have to live on one of the four homescreens. If you like keeping your homescreens organized and clutter-free, you’ll want to spend some time getting things into folders, which is thankfully a feature still supported.

The lack of an app drawer is something you can live with – after all, the iPhone does the very same thing. It’s just the overall feel of the software that leaves us wanting something more sophisticated and grown up. 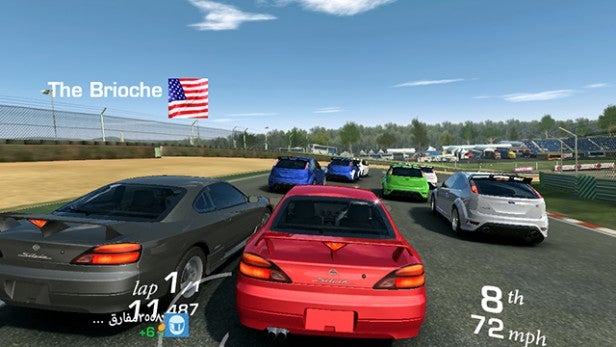 The Holly is powered by a Mediatek MT6582 quad-core CPU clocked at 1.3GHz GHz with 1GB of RAM and ARM’s Mali-400 GPU handling more graphically demanding tasks. That’s the kind of setup we’d expect to see in a phone at this price. Unfortunately, the overbearing software clearly has an impact on how well the Holly runs.

Compared to the Moto G 2 and its Snapdragon 400 processor, the Holly simply doesn’t feel as slick or smooth to operate. There are the odd instances of lag when you’re swiping through homescreens and launching applications, but it’s especially noticeable typing on the keyboard. Running multiple apps at once puts the Holly under great strain. Our attempts to run our go-to test game, Real Racing 3, were not too great either – moving from menu screens was sluggish and on the track there were plenty of juddery moments.

The benchmark results tell a different story. Running Geekbench 3, it managed an average multi-core score of 1150, which puts it in the same ballpark as the Moto G 2 (1152) and the Moto G (1134). This suggests that the problems firmly lie with the software and not the hardware.