The Honor 3C runs Android 4.2.2 and EmotionUI 2.0, the Huawei custom Android interface. One of the disappointments of the phone is that both of these are very out of date.

Android is now at version 5.0, and we’d ideally like to see Honor at least use Android 4.4. We’ve been in contact with an Honor rep, who told us there are no plans to give the Honor 3C an upgrade to either Android 4.4 or Android 5.0. This is a significant black mark against the phone, especially when the Moto G 2013 and 2014 have already ben upgraded to Android 5.0.

The custom interface used here is quite unusual, too. It throws away the standard layout of Android, taking out the separate apps menu in favour of keeping everything on the home screens. 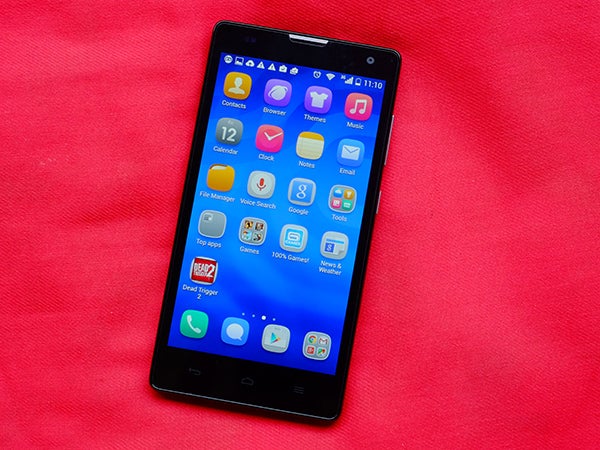 Every app and game you install will end up on a home screen, meaning you’ll need to spend a bit more time than usual arranging everything, especially if you don’t want apps to clutter up any widgets you like using.

The Honor 3C also uses themes, which are no longer particularly common in smartphones. These can be downloaded directly on the phone, through a dedicated Themes app. One unfortunate side-effect of using EmotionUI 2.0 rather than 2.3 or 3.0, as seen in the recent Honor 6, is that you don’t  get as many, or as good, themes. However, the default one seen in most of our photos is fairly attractive and tasteful. 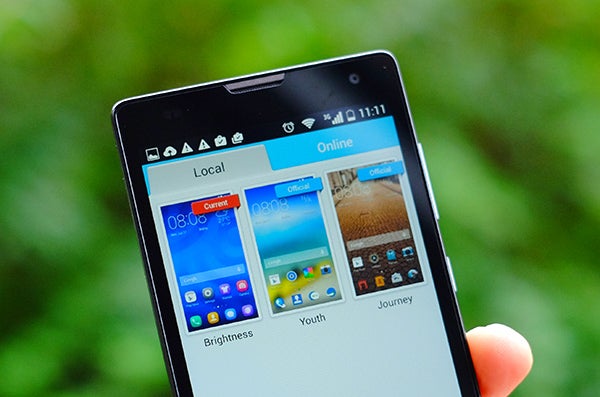 Make sure you’re willing to put the extra time in to get used to the Honor 3C, though. Of course, with the Google Now UI available as an app, you can paste over some of Honor’s changes.

In other areas you’ll want to, because the phone has been made worse by some of the changes. The most serious: the keyboard.

Fresh out of the box, the Honor 3C uses a customised Huawei version of the Swype keyboard, which helped bring gesture typing to the masses. It is extremely laggy, making the phone feel as if it’s significantly underpowered. Spoiler: it actually isn’t. 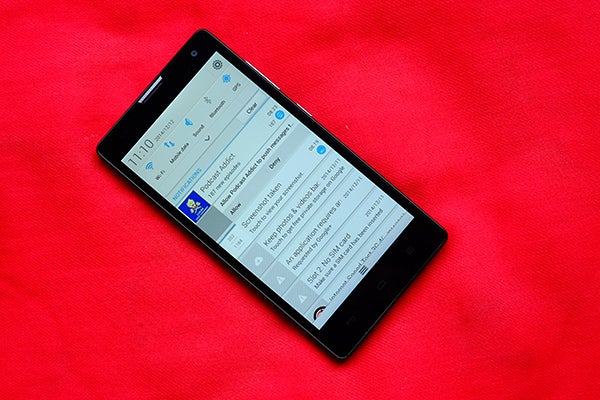 We were instantly suspicious because the rest of the interface in the Honor 3C is pretty snappy and, sure enough, when the customised Swype keyboard is replaced by the Google keyboard, performance improves dramatically.  You need to be prepared to make little tweaks like this to get the most our of the 3C, but it is worth the effort.

However, this is also a pretty good argument for going for the phone’s big rival, the Moto G, instead. Especially when plenty of people out for a cheap phone won’t be Android nerds.

Any little performance issues here seem to be the result of software problems and a lack of optimisation in EmotionUI 2.0, rather than a fault of the hardware, which is similar or better to what you get in the Moto G. The Honor 3C has a 1.3GHz quad-core MediaTek MT6582 CPU, which offers similar performance to the Qualcomm Snapdragon 400 performance used pretty widely in bigger-name budget phones.

In Geekbench 3 it scores 1135 points, very close to the result of the Moto G. It even has 2GB RAM instead of the more common 1GB, which makes Huawei/Honor’s performance-spoiling blunders all the more annoying.

Gaming performance is where the Honor 3C doesn’t have quite the hardware to impress the hardcore gamer. Its chipset has a Mali 400MP2 GPU, which is a little less powerful than the Adreno 305 you get in the Moto G. 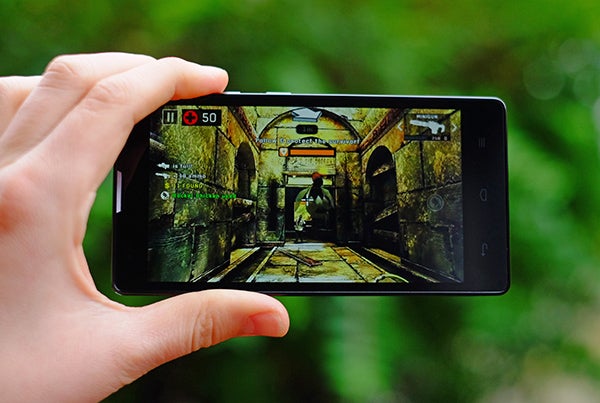 To see how it fares, we tried out a few high-end games at maximum graphical settings. Dead Trigger 2 refused to run, crashing every time, Asphalt 8 worked well but with obvious frame rate limitations at top graphics settings and Real Racing, which doesn’t let you manual set visuals, ran well but with a slightly erratic frame rate. Thanks to better stability and slightly better performance, the Moto G is the better pick of the two for enthusiast Android gamers.

The Honor 3C also lacks stereo speakers, which does it no media/gaming favours. There’s a single mono speaker on the back, and it’s the very definition of a so-so mobile phone speaker. It doesn’t go quite as loud as we’d like and the sound quality will not get you excited.

At least it doesn’t distort or sound harsh at top volume, which is about the best we hope for at around £109. It’s nothing special, but it’s fine.