What is the Honeywell Lyric W1?

Leaking water, whether from a kitchen tap, washing machine or something else entirely, can lead to numerous problems. From a build-up of mould to rotting floorboards, there’s a range of issues that rogue water can cause. The Honeywell Lyric W1 Wi-Fi Water Leak and Freeze Detector (to give it its full name) aims to detect a problem as soon as it happens, so that you can tackle it immediately.

The Lyric W1 sports a functional, rather than attractive, design. But that’s fine, since you’ll most likely place it out of sight in the area that’s most likely to suffer a leak. The box is battery-powered via three AA batteries, removing the need for a power source close to where it’s to be located. 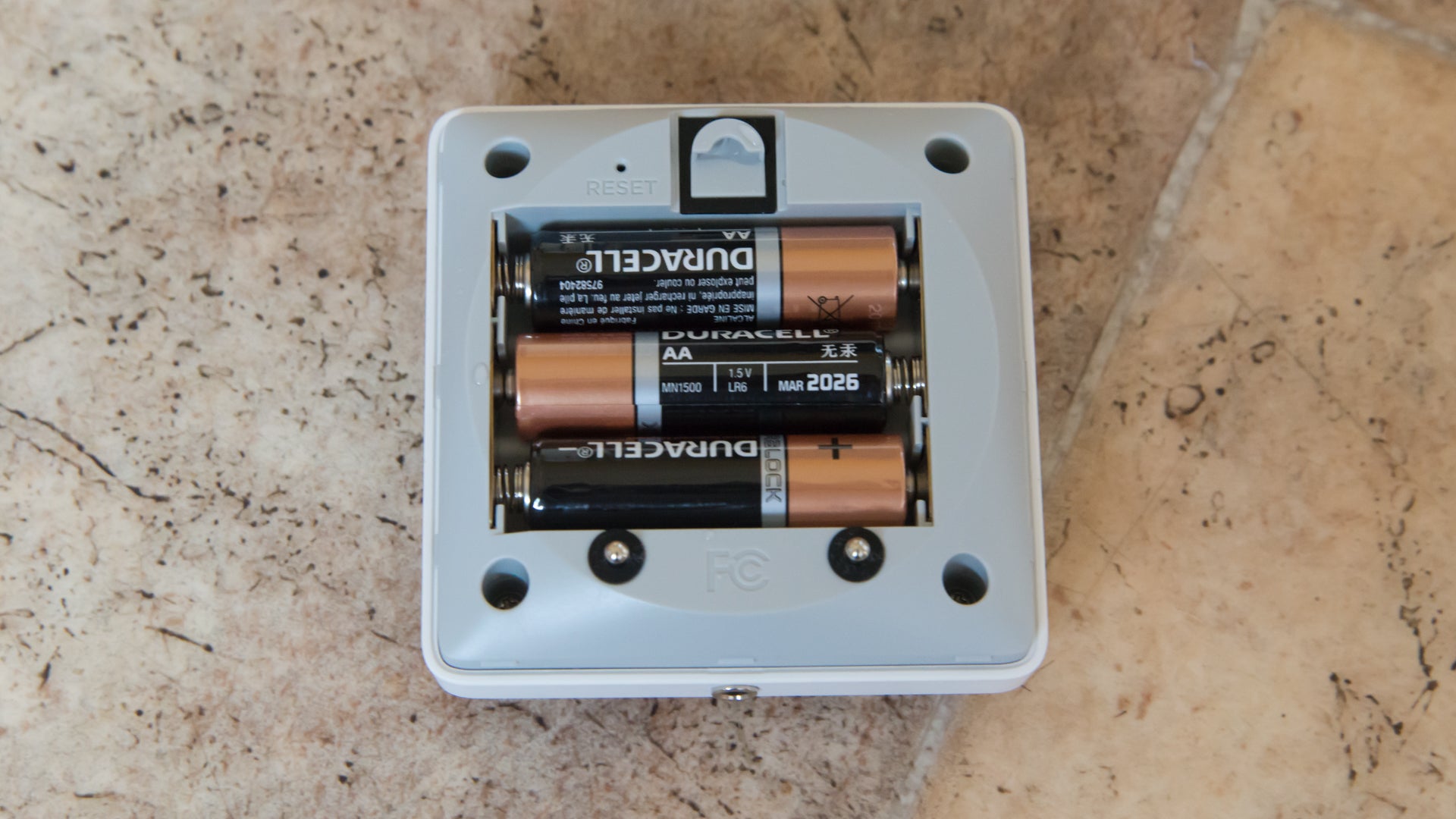 The design is flexible, too. At its most basic, you can just drop the box onto the floor, and its integrated sensors will pick up surface-level moisture. Range can be extended by plugging in the bundled 1.2m detection cable, which snakes out across the floor. Additional cables can be bought (around £18) to extend range even further. With two runs, I found that I could cover the under-sink cupboard, dishwasher and washing machine. 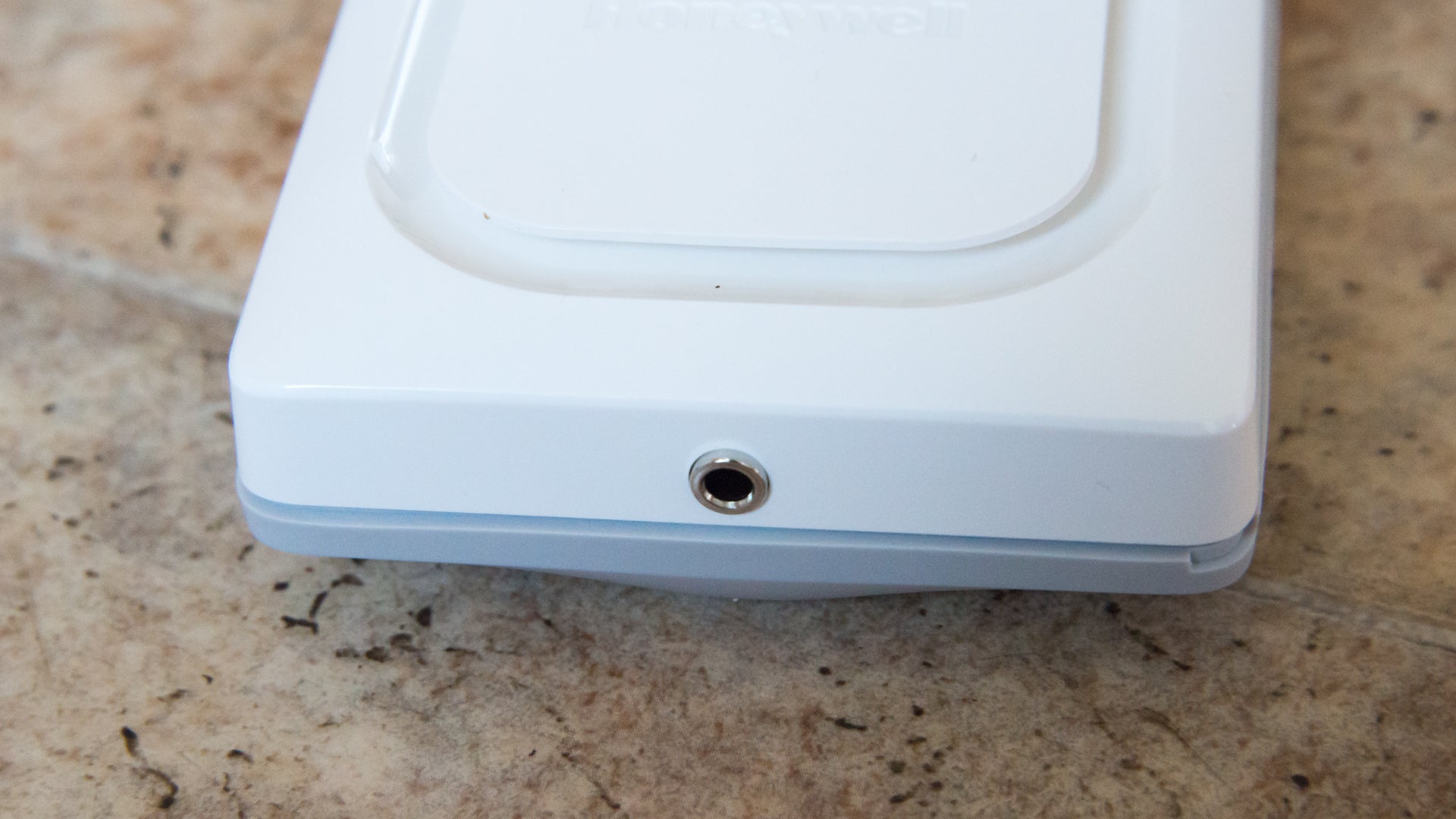 If you think that an area may become flooded, the main W1 unit can be wall-mounted to keep it safely out of the way. Having such a combination of options is useful.

Once the batteries are plugged in, the W1 has to be hooked up to your Wi-Fi network via the smartphone app. Since this is a Lyric product, Honeywell uses the same app as for its Lyric T6 smart thermostat; if you have this model, having one app to do everything is convenient.

From inside the app, you get a summary of the W1’s onboard temperature and humidity sensors. Since the Lyric W1 is battery-powered, the default setting is to update this information once a day, reducing the amount of time that the sensor needs to power up and talk to Wi-Fi. In this mode, the batteries should last for around three years. Increase readings to twice daily and battery life drops to around two years; at three times daily, battery life is just a year. 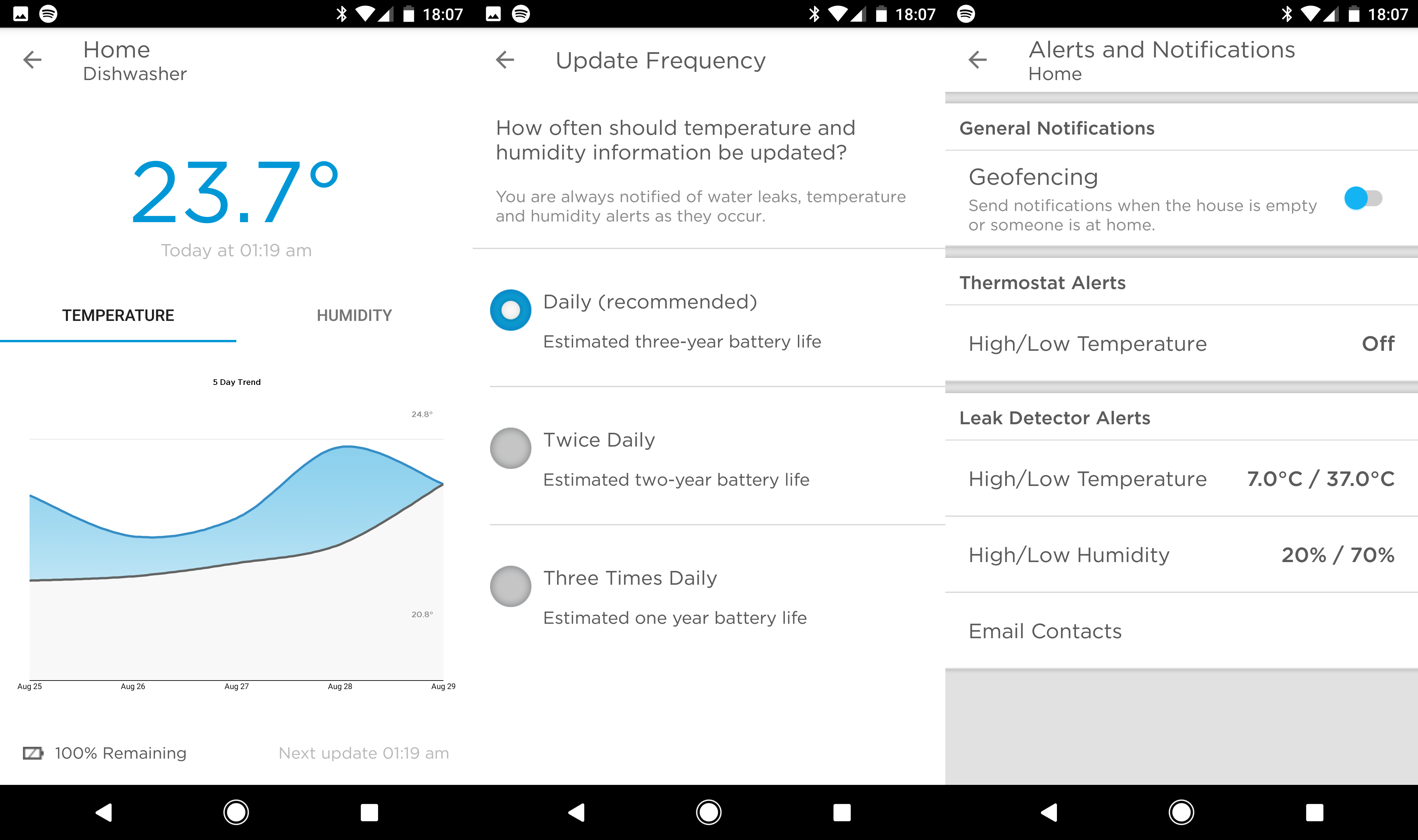 The humidity and temperature sensors can be used to alert you on reaching a high or low threshold. For example, if there’s a risk of pipes freezing, you may want to know when the temperature drops to 5ºC, so that you have time to fix the issue before it’s too late. Once the thresholds have been crossed, the Lyric W1 will warn you immediately, and you don’t have to wait for the next scheduled update. There’s no control over water detection: if the W1 picks up water via the cable or its integral sensors, you’ll be given notice immediately.

I found that water leaks are detected slightly faster with the main unit on the floor, compared to those detected with the extension cable alone. However, as the cable took only a minute or so longer to detect water, this isn’t too much of a problem – you still have time to react to the issue.

By default, the siren in the W1 goes off to offer an audible warning, but you also get a smartphone notification and email to indicate that water has been detected. The latter two methods are more convenient, since you’ll receive notification whether you’re in hearing range or not. For that reason, I muted the siren using the app.

Inside the app, a warning triangle appears under your W1 sensor to show that there’s a problem. This remains in place until the sensor has dried out – you’ve removed it from the scene or have fixed the issue. 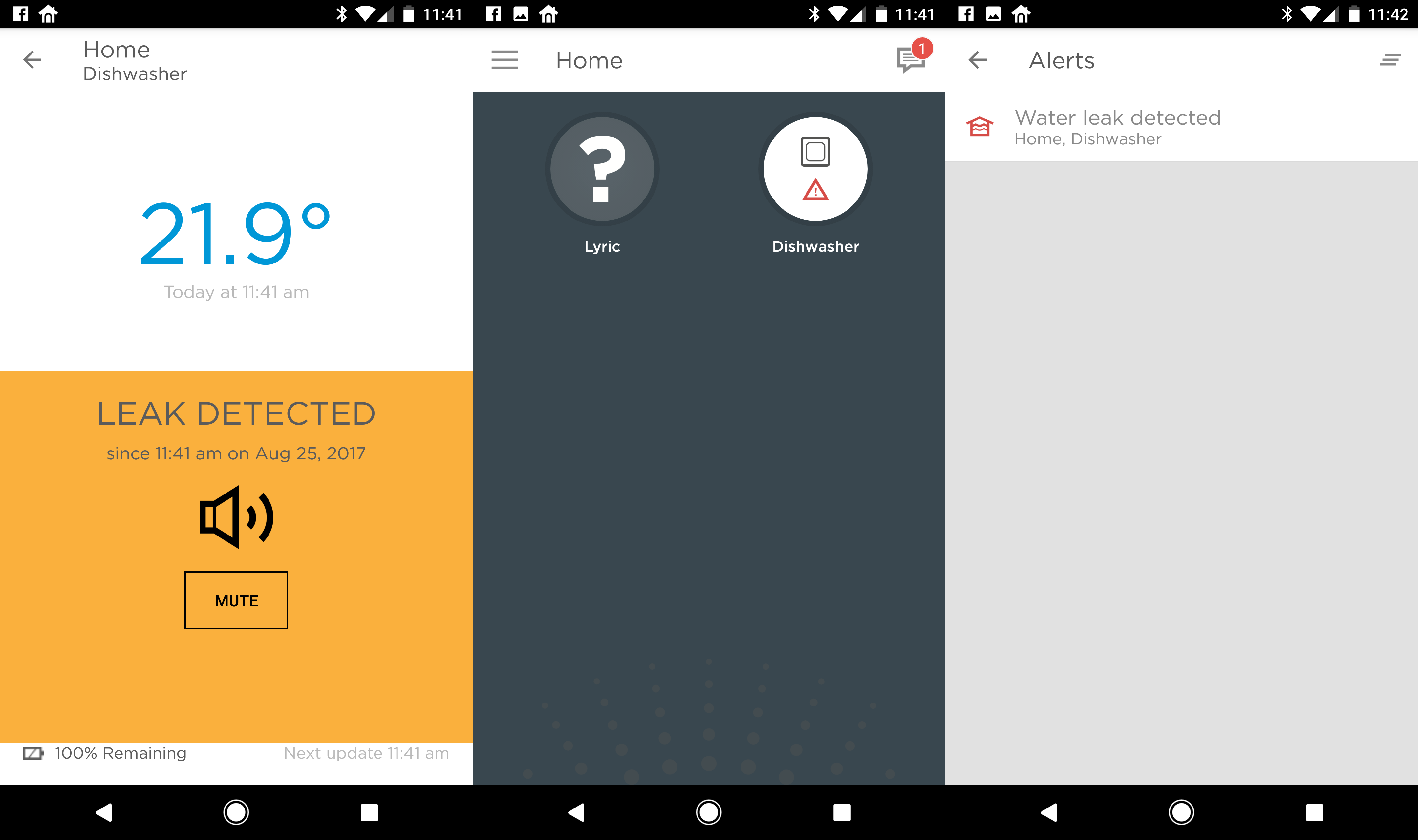 Honeywell is a big supporter of IFTTT, so it’s good to see that its Lyric Channel has been updated to support the W1 Water Leak and Freeze Detector. There’s now a trigger for Water leak detection, letting you control your other smart home devices when moisture has been detected. This could be useful: you could turn off smart plugs connected to any devices near the leak – such as your washing machine or dishwasher – preventing a more serious incident. 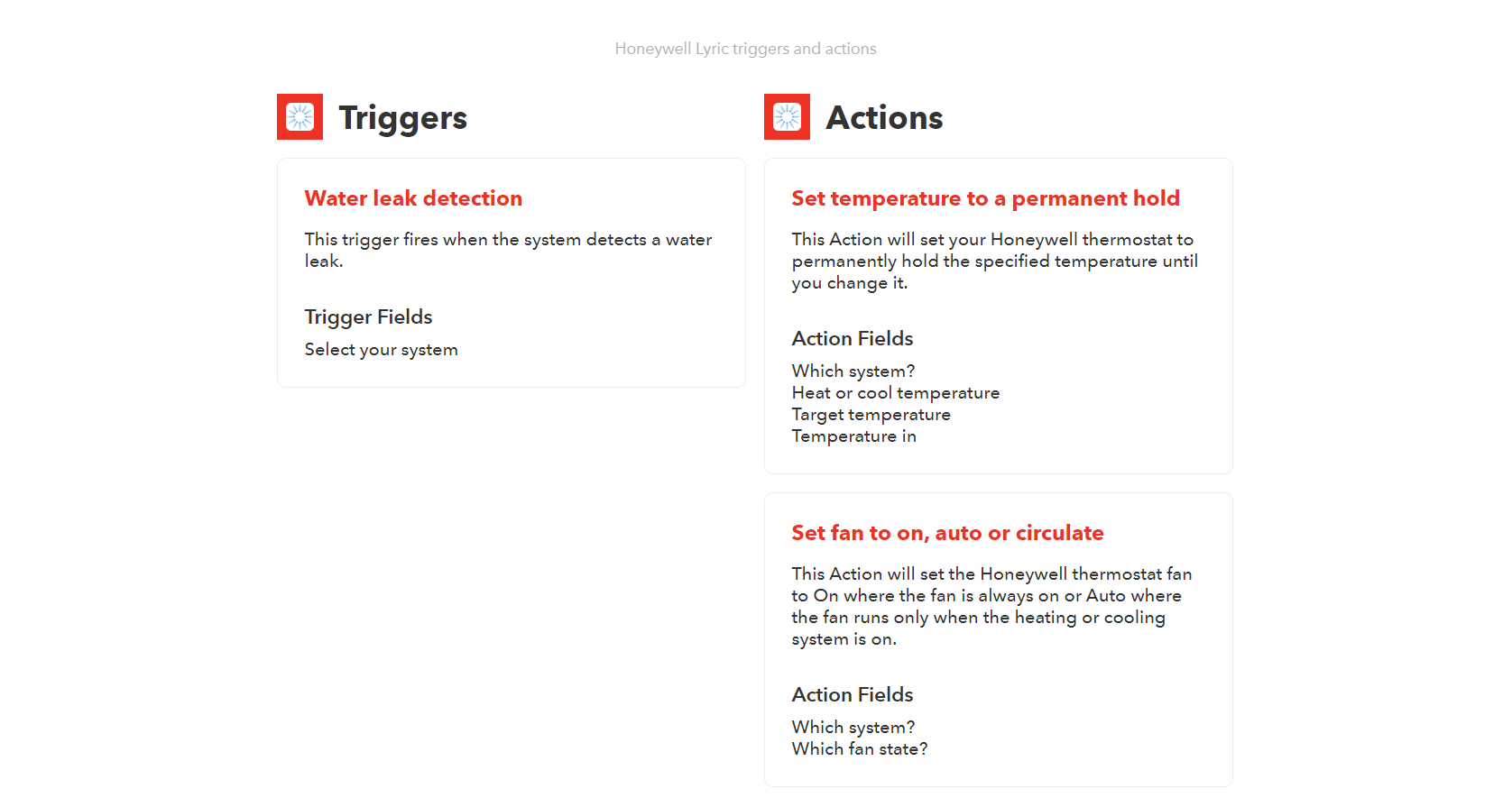 Should I buy the Honeywell Lyric W1?

So a standalone water detector makes more sense, and since there’s practically no competition, it’s easy to recommend the well-designed and easy-to-use Lyric W1.

Related: A guide to IFTTT

If you’re worried about the damage a leak could cause, the Lyric W1 is a great way to catch problems before they get out of hand.