What is the Hisense Sero 8?

What we have here is yet another budget Android tablet with an 8-inch screen. Produced by Chinese firm Hisense – a bigger name in Australia than it is here in the UK – the Sero 8 is being launched alongside the Sero 5, the company’s attempt to crack the increasingly crowded low-cost smartphone sector. The Sero 8 packs in a 1,4GHz quad-core chipset, a bright, colourful screen, front and rear cameras and the ability to expand its 16GB of storage, and all for just £70. 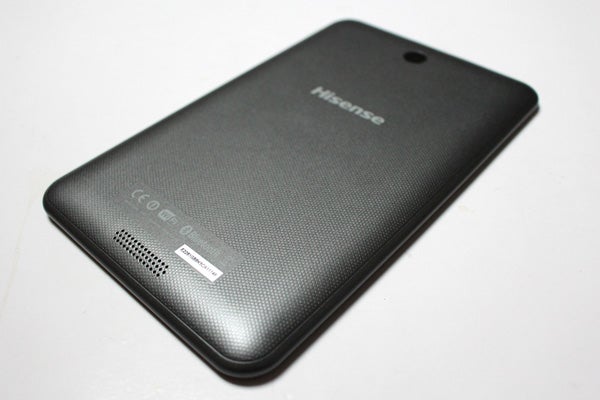 Despite its all-plastic build, the Sero 8 doesn’t feel cheap and nasty. The casing is solid and doesn’t creak under pressure, and the textured rear panel helps improve grip.

Aside from the volume rocker – which is situated on the right-hand edge of the device when held in portrait orientation – all of the Sero 8’s other buttons and ports are located on the top edge. This includes the power button, 3.5mm headphone socket, MicroSD card slot and Micro USB port. 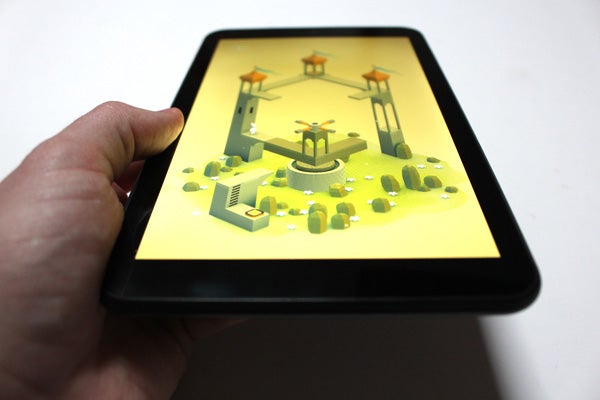 There’s quite a large bezel surrounding the tablet’s screen, and this makes it feel rather wide when compared to some of the smaller Android slates we’ve seen lately. It also makes it somewhat difficult to grip the device in one hand if you possess exceptionally small paws.

The screen itself has a resolution of 1,280 x 800 pixels, which means that close-up text looks a little blocky. On the plus side, it’s bright and boasts decent colour reproduction. Viewing angles – so often an issue with cheaper slates – are also impressive. No matter how you twist and turn the tablet in your hands, the image remains rock-steady. The only issue is that deep blacks have a tendency to look brighter when viewed at a share angle. 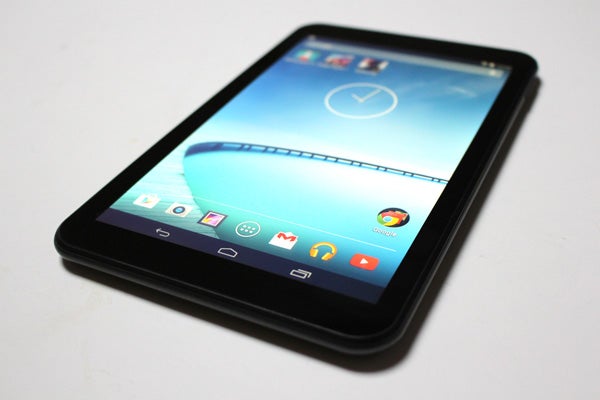 It’s taken a while, but hardware manufacturers are finally seeing the benefit of equipping their devices with “stock” Android. What this means is the version of Android installed on tablets like the Sero 8 is largely untouched; companies like Samsung, Sony and LG are fond of covering Google’s OS with custom user interface skins and loading them up with “bloatware” apps that no one uses but cannot be removed. Devices with custom skins usually have to wait longer for software updates, too.

The Sero 8 is mercifully free of both manufacturer interference and pointless applications. In fact, aside from Hisense’s TV remote app (which only works with WiFi-ready televisions) and a custom video player, the only other pre-installed item is Kingsoft Office, which can be uninstalled if you so wish.

As a result, you’re essentially getting a tablet running Android 4.4.2, which is close to Google’s own Nexus line — “pure” Android devices which run the operating system as its creator intended. 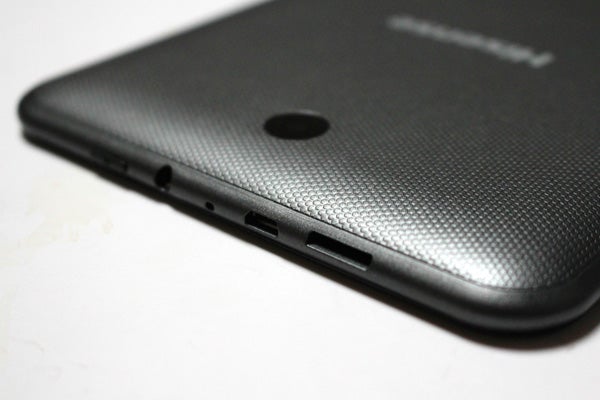 While the Sero 8 is more than capable of standing toe-to-toe with many of its more expensive Android rivals in almost every other regard, it’s clear that corners have been cut when it comes to power. The Sero 8 uses a Rockchip RK3188T quad-core chipset clocked at 1.4GHz, and it’s noticeably slower than the likes of the Nexus 7 (2013), Nvidia Shield Tablet and LG G-Pad 8.3.

General tasks are swift enough, but when there’s a lot going on in tandem the device becomes noticeably sluggish. Even moving around the home screens is a rather jerky affair, and not as smooth as we’ve seen on Google’s Nexus line. It’s by no means a deal breaker and in general the experience is still perfectly acceptable, but it’s worth noting that for a little more cash you can pick up a slate with a bit more processing strength. 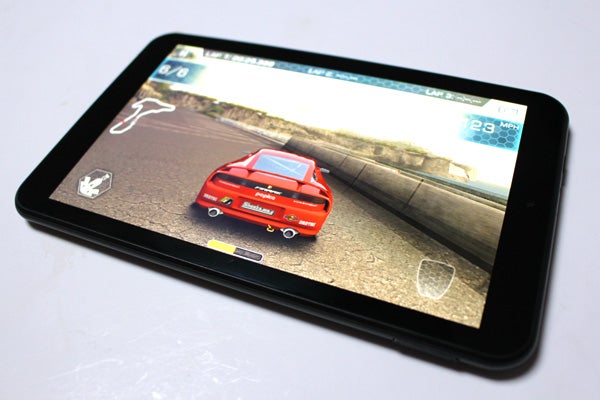 Gaming on the Sero 8 isn’t as bad as we were anticipating, given the slightly slow hardware. Intense 3D titles like Ridge Racer Slipstream and RoboCop ran well enough, with erratic frame rates rearing their ugly heads only occasionally. Less demanding 2D games – such as the critically acclaimed Monument Valley – run buttery-smooth.

Cameras on tablets are still something of a Marmite feature, with some leading devices even going as far as to remove the rear-facing snappers entirely. The Sero 8 comes with a 2-megapixel rear-facing camera and a front-facing VGA camera, neither of which produce images of any note. They’re fine for video calling or posting pictures up on social networks, but they won’t have you shelving your dedicated digital camera any time soon. 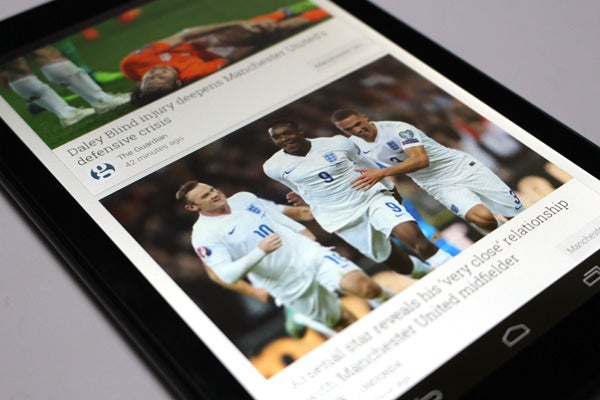 The Sero 8 comes with a 4,000mAh battery that, according to the manufacturer, is good for 7 hours of web surfing and 4 hours of HD video. Our tests show that in reality, the device actually comes in slightly below those figures.

A combination of general activities – browsing the web, replying to emails, watching YouTube and playing games – drained the battery in less than 5 hours. By Android tablet standards, that’s quite poor. If you’re a heavy user, you can expect to charge the Sero 8 on an almost daily basis.

There’s 16GB of storage included on the device, with 12.55GB being available to the end user. That’s going to fill up pretty quickly if you’re downloading games, apps, movies and music, but thankfully it’s possible to introduce additional space using the MicroSD card slot, located on the top edge. The Sero 8 will accept cards of up to 32GB in size, and these aren’t expensive.

Should I buy the Hisense Sero 8?

If you’re counting the pennies and can’t stretch to one of the pricier Android tablets, then the Sero 8 is worth considering. While it’s underpowered compared to rival 8-inch slates, it offers incredible value for money given the low asking price and is competent enough.

That said, we’d recommend looking at other options first. The Asus Memo Pad 7 has a faster processor and much better battery life and is now available for a similar price. Moreover, if you have enough Tesco Clubcard points then you can buy the vastly superior Tesco Hudl 2 for just £65. Indeed, even at its standard £129 asking price we’d recommend saving up for it if you can.

A competent ultra-cheap tablet, but there are better ones if you can find the best deals.

The the Hisense Sero 8 is available from Ebuyer for £69.99