When it comes to value for money, there’s no knocking this 7-series cheapie. As long as you steer clear of SD, you won’t go far wrong. HDR peak brightness may be limited, but you can consider this a good match for both Blu-ray and 4K SDR TV services such as Sky Q.

The Hisense B7500 is a budget-priced 4K LED LCD with an impressive specification. Boasting Dolby Vision HDR, a wide colour gamut panel and Freeview Play, you’ll be running your fingers over its smooth bezel wondering where the catch is.

The good news is, there really isn’t one. Available in 43in, 50in, 55in and 65in screen sizes, and positioned just below the brand’s ULED lineup, this frugal flatscreen delivers pretty much what you’d expect for a price you probably won’t mind paying. We hauled the 55in version onto our test bench for a closer look.

When it comes to cosmetics, the B7500 has a pretty face. Its unibody design means there are no joins at the corners of the bezel; the screen sits in a seamless chassis. The only distinguishing feature is the silver-grey trim along the base. The centre stand appears to have a metallic finish, but is actually lightweight plastic. 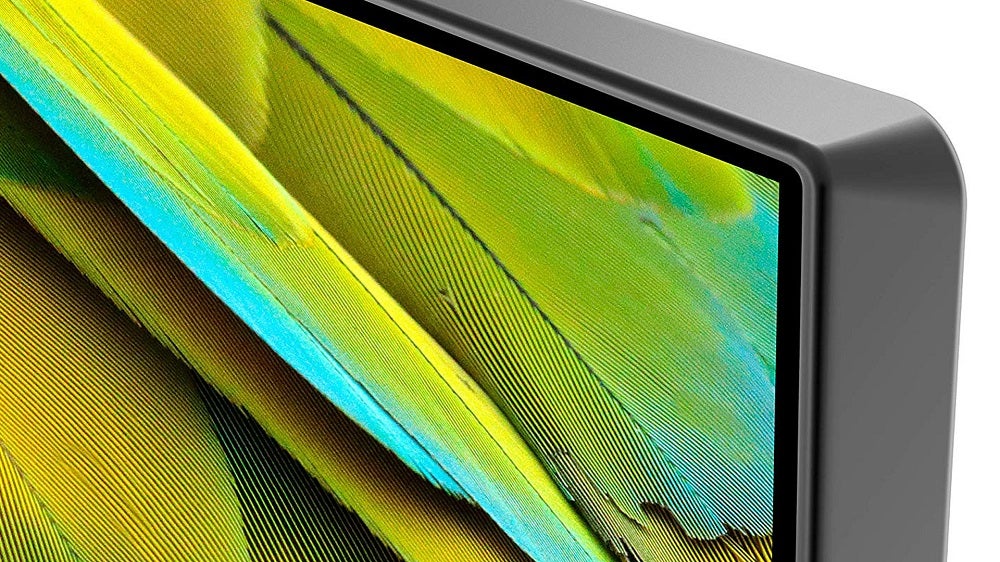 When it comes to cosmetics, the B7500 has a pretty face.

The provision of Freeview Play ensures there’s a full complement of mainstream catch-up services (BBC iPlayer, ITV Hub, All4, My5 and UK Play), plus CBS catch-up and Horror Bites, on-board.

The set runs the latest iteration of Hisense’s own Vidaa U OS. The interface is an unfussy two-tier deck, with inputs and big-name apps arranged across the top, with system settings and stragglers ranged across the bottom. 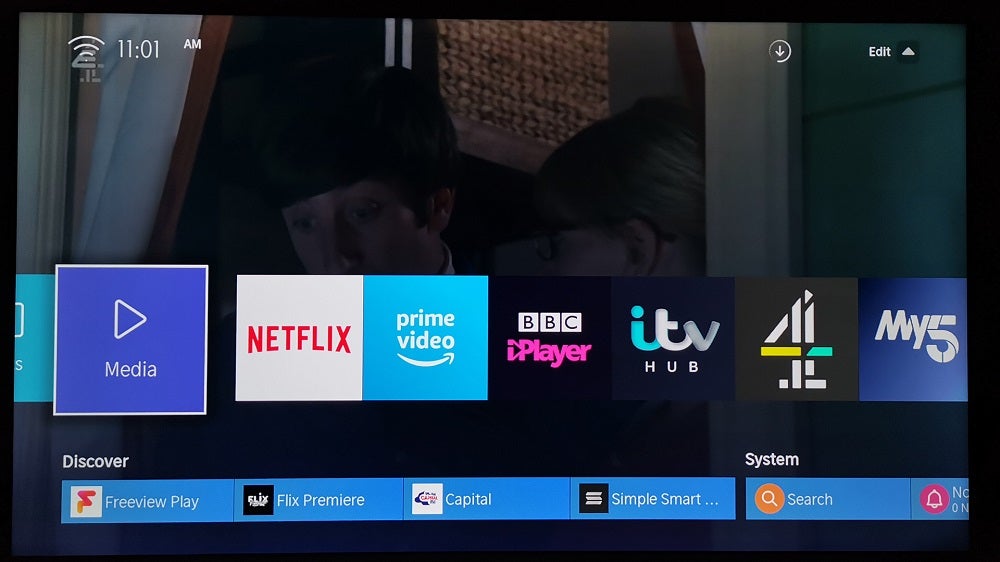 The set runs the latest iteration of Hisense’s own Vidaa U OS.

Netflix, YouTube and Amazon Prime Video are all present and correct, with 4K playback enabled. If you want to binge, this set is more than up to the job.

Overall usability is good. The B7500’s menus are clear and concise, and navigation intuitive. Freeview Play contributes content curation and recommendations, while the programme guide has a PIP window with video and sound.

The screen even responds to Amazon Alexa voice commands, via a connected Echo device. This means you can ask Alexa to turn on your TV and change volume (although we’ll wager you probably won’t).

A well-know downside of edge-lit LCD sets, particularly those found at the cheaper end of the aisle, is backlight uniformity. As such, it’s no surprise to learn that the B7500 struggles in this regard. Clear illumination blooming is evident at the bottom of the screen, particularly noticeable on letterbox movies. Thankfully, it’s less intrusive with full-screen content.

Gamma, as well as backlight, brightness, contrast, colour saturation and sharpness can all be tweaked. For the bulk of this audition we set gamma at 2.4, which gave us the greatest level of acceptable contrast. 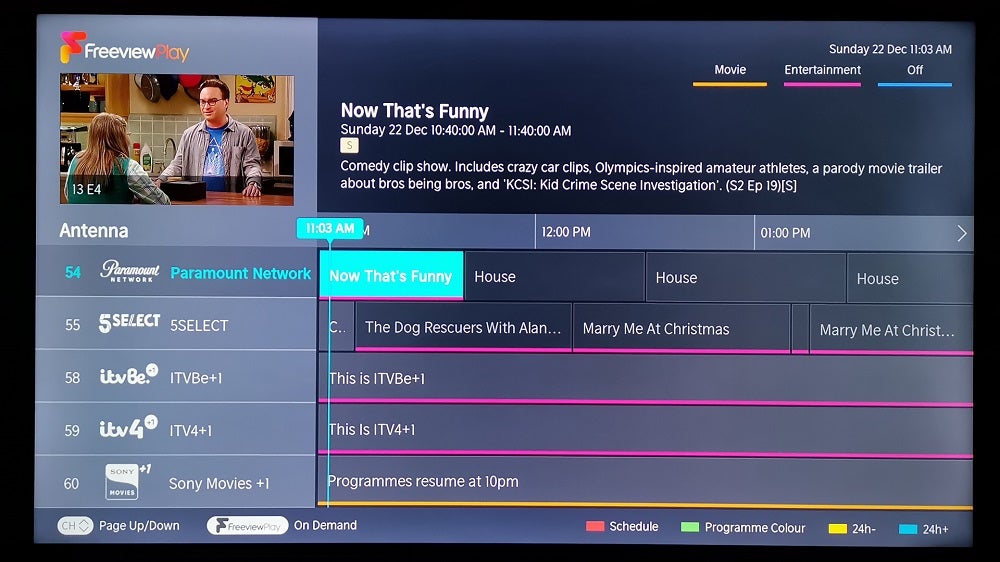 An Adaptive Contrast mode can be set to High, Medium or Low – or turned off completely. Medium is typically the best option.

However, when Netflix is running you lose access to presets as well as basic picture settings (image controls are available for sources connected via HDMI). 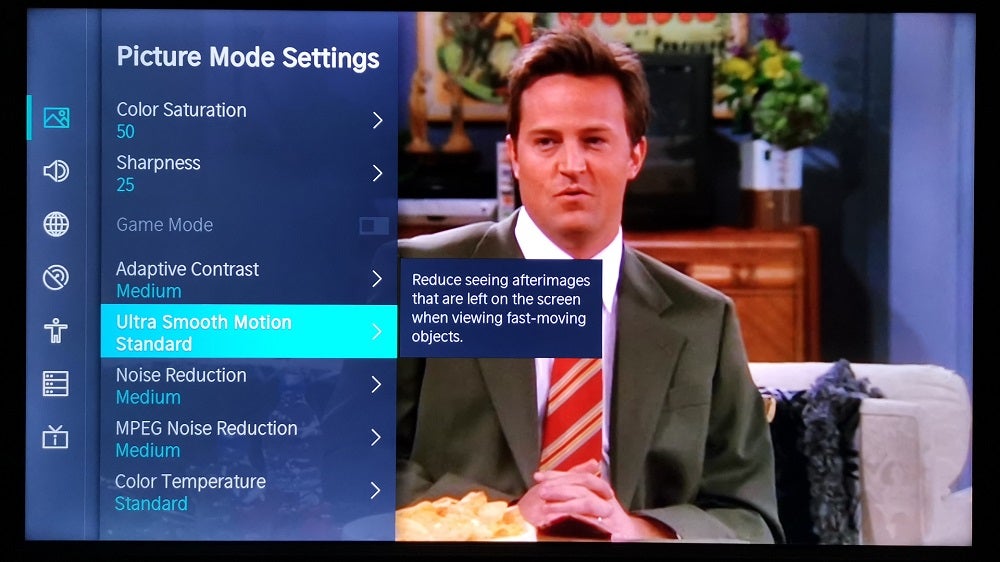 Gamma, as well as backlight, brightness, contrast, colour saturation and sharpness can all be tweaked.

The lack of sophisticated upscaling means that SD, particularly from the Freeview tuner, looks grotty. Things improve with HD SDR sources. The lift-off sequence, from Interstellar (Blu-ray, chapter 6) is gloriously cinematic, the intensity of the jet thrusters as the planet recedes in the background palpable.

Native 4K sparkles, with vivid colours courtesy of the B7500’s Wide Colour Gamut panel. Although we did notice banding and posterisation effects in the image. 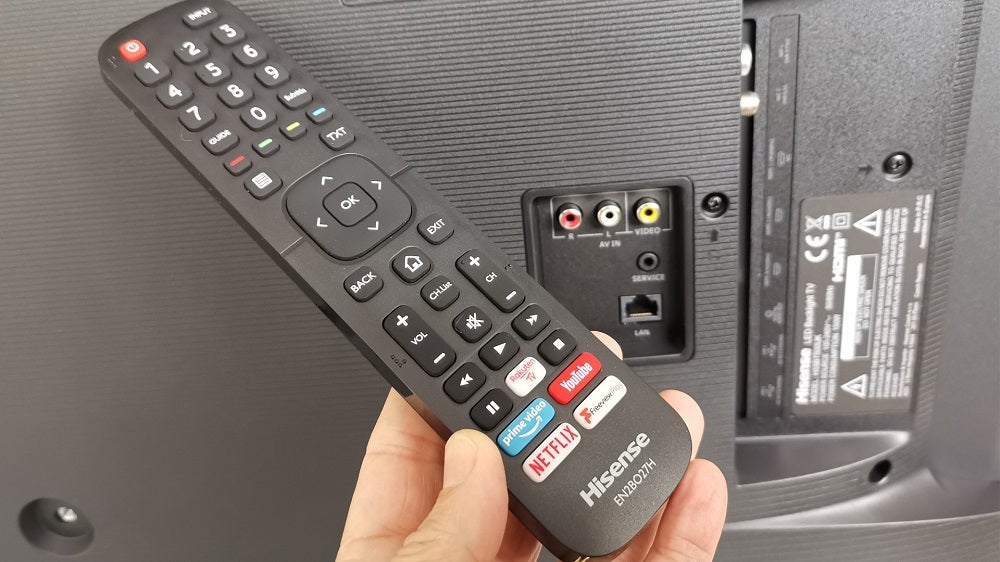 Not surprisingly, the B7500’s HDR performance is limited. The set delivers its highest peak brightness on the HDR Dynamic setting. Using a 10% measurement window, we clocked it at just under 370 nits. Using the more naturalistic HDR day setting registers around 300 nits.

Black levels aren’t particularly profound either way. For the best subjective experience, we recommend watching in rooms with some level of ambient light. In full dark conditions, the deep space of Star Wars: The Last Jedi begins to grey out. 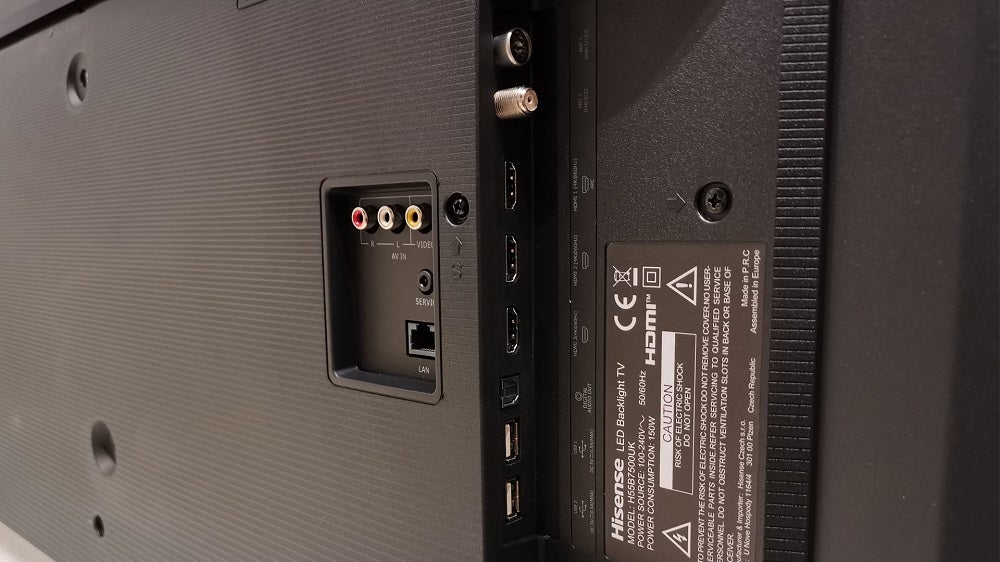 The Dolby Vision mode isn’t quite as compelling: the colour temperature warms and there’s less overall brightness in the image. But it’s doing its best to manage tone mapping. Lost in Space (Netflix, Dolby Vision) enjoys convincing skin tones and there’s a nice authentic sheen to the space hardware.

The set is always best viewed square-on, since there’s some loss of colour and contrast when seen from the side.

Hisense has made welcome progress when it comes to input lag, which is good news for console gamers. With Game mode engaged, we measured lag at an acceptable 27.4ms (1080/60p). If you forget to engage Game mode, you’ll be lumbered with a response time of 82.6ms

We didn’t expect too much from the downward-firing stereo speaker array, and the B7500 doesn’t disappoint. To help make the most of its performance, DTS studio sound processing is provided, enhancing stereo width. Power output is rated at 2x7W. There’s no Dolby Atmos support, though.

When it comes to value for money, there’s no knocking this 7-series cheapie. As long as you steer clear of SD, you won’t go far wrong. HDR peak brightness may be limited, but you can consider this a good match for both Blu-ray and 4K SDR TV services such as Sky Q.

It’s unreasonable to expect high-end video performance at this price point, but what we do get is a good-looking flatscreen with a simple, effective smart platform. Most buyers will be seeking a slick, connected viewing experience, and the B7500 delivers just that.