The world of high-end audio is full of dubious claims, the deliberately baffling use of science-y terms, sky-high prices and products that resonate with ego. The HiFiMAN HM-101 isn’t like that. One of HiFiMAN’s “consumer grade products with Hi-Fi elements” and part of its new HiFiMAN Express range, it’s a dirt cheap USB soundcard that’s small, light and tremendously simple. And while it’s easy to make the assumption a £30 box couldn’t really improve sound quality, it’d be a false one.

Design
Matchbox-sized, button-free and 26g in weight, the HiFiMAN HM-101 doesn’t shout about what it’s for. It has no flaps, no batteries and no display. It’s a lot simpler than the rival Fiio E17 – and simpler even than the sub-£20 Fiio E6. 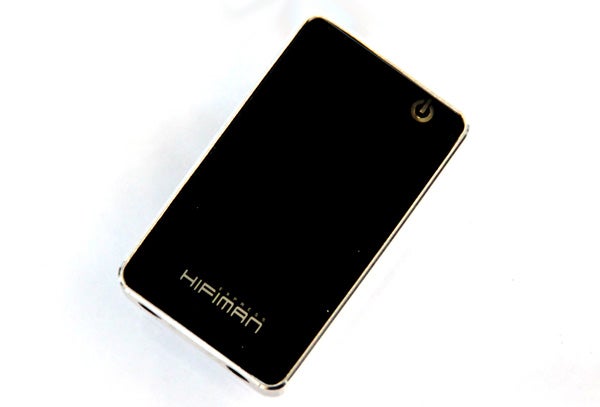 On its top edge is a miniUSB port. Plug this into a computer and the HM-101 will start acting as the computer’s soundcard, piping signal through the two 3.5mm jack ports on its bottom. These are line level and headphone outputs, letting you plug in speakers and headphones at the same time. From a quick look, the only way to know if it’s working or not is to look at the little power icon on its front, which glows blue when the HM-101 is drawing power from its USB connection.

For a device that doesn’t really need to be all that portable – it’s for plugging into computers rather than MP3 players – this thing is tiny. But it is also reasonably sturdy. A single band of metal forms its sides, and the front and rear are panels of glossy black plastic. It’s too light to feel super-strong like some of Fiio’s metal-bodied headphone amplifiers, but it can easily withstand being trodden into carpet – a likely occurrence. 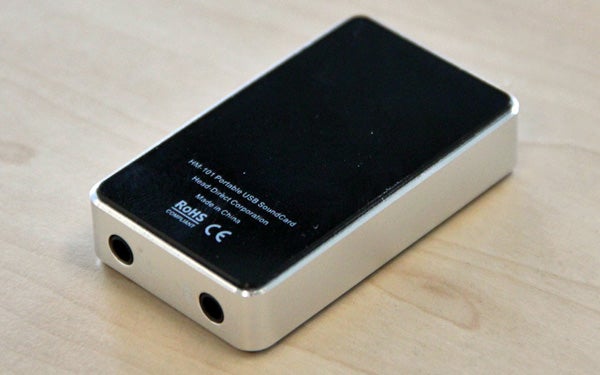 Next to the retro HM-601 media player, the HM-101 looks positively sleek and modern. But what does it actually do?

The HiFiMAN HM-101’s main aim is to replace the DAC, the digital-to-analogue converter, of your computer. Because, in all likelihood, it’s probably not a very good one. This little box won’t work with iPads or Android tablets – while they may have a USB interface of sorts, it doesn’t have the requisite flexibility.

Specs
What the little box replaces your computer DAC with is a Burr-Brown PCM2702 E chip – Burr-Brown makes the DAC chips in the much more expensive Arcam drDock and rPAC. It’s a good start, isn’t it? 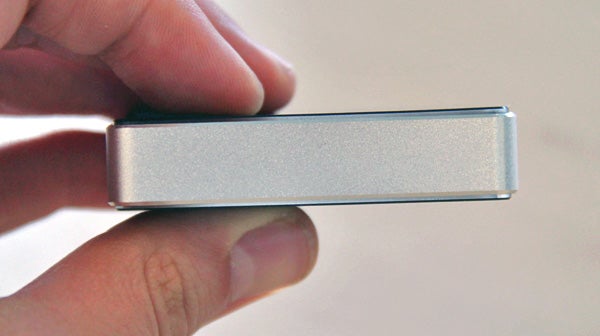 HiFiMAN claims the HM-101 provides 96dB signal-to-noise ratio, 20Hz to 20KHz frequency response and 26mW power output at 150Ohm. It should therefore be able to power over-ear headphones as well as teeny little in-ear buds. The numbers don’t really tell you what the HM-101’s really like to use, though…

Sound Quality – The Bad
We like the HiFiMAN HM-101. Its aims are good, it’s a worthwhile product and it’s supremely affordable. But it’s certainly not perfect.

It adds a noise floor to the signal – a light hiss. Yes, the HM-101 is noisier than a £15 stick MP3 player, and if you exclusively use isolating in-ear headphones, this is a bit of an annoyance. With open-back headphones you can barely hear it, though. 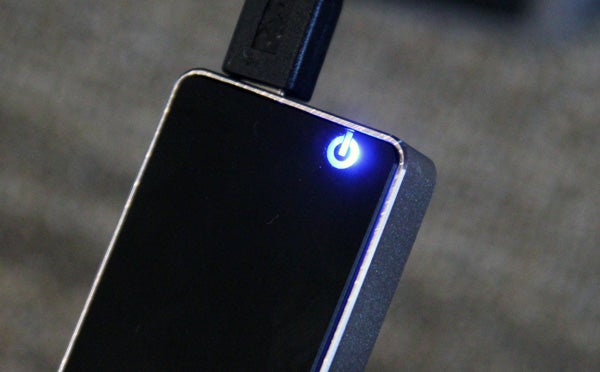 The HiFiMAN HM-101 is also extremely susceptible to interference. Get it too close to a mobile phone or certain other gadgets and it’ll start bleating as if it’s being touched inappropriately. It’s easy enough to get the HM-101 sufficiently far away with a miniUSB cable – if needed you can buy a longer one from eBay for pennies – but only a short one is supplied. And the interference is a reminder that this is in several ways a fairly compromised device.

Sound Quality – The Good
And for £30, the sound improvements it can provide over a laptop’s standard headphone jack are seriously impressive. We tested the HiFiMAN HM-101 with a Windows laptop, a desktop PC and a MacBook Air, all without any special audio hardware. And we tried numerous sets of in-ear, on-ear and over ear headphones ranging from £20 to £600. Some consistent improvements soon became clear.

The HiFiMAN HM-101 excels as tightening-up the low-end and clearing out low-mid bloating, resulting in increased definition and an increased sense of soundstage. Bass volume tends to decrease a bit, which might not be desirable if you’re using already bass-light headphones, but response is unmistakeably improved.

Separation and clarity are the staples of “high end” sound, and that a £30 box can provide them is quite remarkable, even if it does introduce noise as part of the bargain. We found the difference in tonal quality more marked than recently-reviewed Fiio models, although in their favour this year’s boxes don’t add that occasionally irritating hiss.

Value
The HiFiMAN HM-101 is undeniably good value in the same way that Fiio’s E6 portable headphone amp is. In this field, anything that provides results at such a low price is worthy of praise. Do consider whether the interference in particular is likely to become a problem, though, as it has the potential to become a deal-breaker. 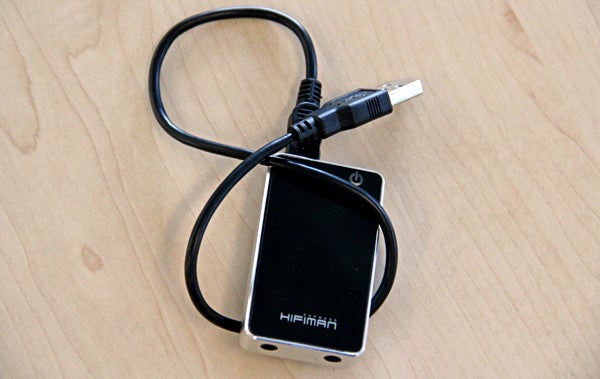 Verdict
The HiFiMAN HM-101 is a USB soundcard with a Burr-Brown DAC chip that sells for under £30. And it provides genuine sound quality improvements over a standard computer’s audio output. It introduces a little hiss and is terribly prone to interference too, but at the price that it can make a £600 pair of headphones sound demonstrably better is impressive.