FiioO is an interesting company. It’s Chinese and produces remarkably cheap audio products that are often remarkably good. They also often offer functionality not available from bigger names, winning the company a hearty following among audiophiles without bottomless pockets. The FiiO E6 is the follow-up to the popular E5, and is a teensy headphone amplifier with a built-in battery.

The most common misconception about headphone amplifiers they’re bought solely to make music louder, when any self-respecting audio nut primarily buys an amp to improve sound quality. Some may baulk at the idea, but really it’s no different to buying a decent amp for an at-home separates system.

Even those afraid of putting hands in pockets may be attracted by the FiiO E6 though. It’s dead cheap and has a real effect on the signal passed through it, just like its predecessor the E5. 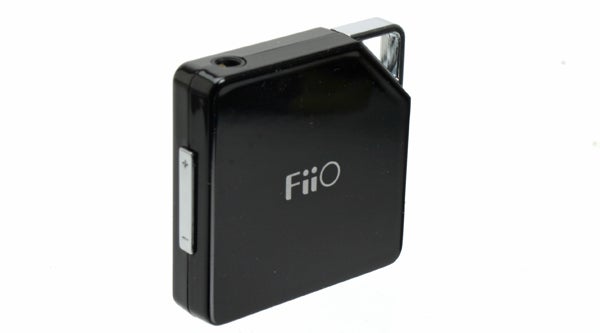 Although a similar sort of size, some significant changes have been made in this iteration. The metal outer casing of the E5 has been traded-in for glossy black plastic. Consequently it doesn’t feel as tough as its forbear. It has also resulted in a drastic weight loss. Where the E5 was 30g, this is almost half the weight at just 16g. This ultra-light weight is a massive plus, making it light enough to dangle off a pair of earphones without causing damage or major annoyance.

This isn’t how it’s meant to be worn though. The FiiO E6 comes with a transparent plastic belt clip that sits into the lanyard loop on the top-right edge of the box. It’s not quite as sturdy as the springy metal clip of the original E5, but without it attached, it’s far more stylish than its rather (with hindsight) utilitarian predecessor.

Here’s a comparison of the E5 against the E6

Exactly what to do with it is still a bit of a problem though. The supplied cable is fairly short, so unless you buy a replacement you won’t be wearing the E6 on your lapel. We were happy to leave it nestled in a pocket alongside our test MP3 player, but even then it’s an inconvenience – over simply not using a headphone amp. Fiio also offers a thick rubber band to tie one of its amps to your player. Convenient? Ish. Stylish? Not really, no. The moral of the story? Make sure this won’t put you off using a FiiO E6 before buying.

While it may not feel like a high-end device in-hand, build quality is perfectly decent. There’s a tiny amount of flex if you squeeze the E6 between thumb and forefinger, but as it’s so simple and light it’ll handle drops and scrapes with ease. Just as an ant will keep on moving if it falls a distance hundreds of times its own height. 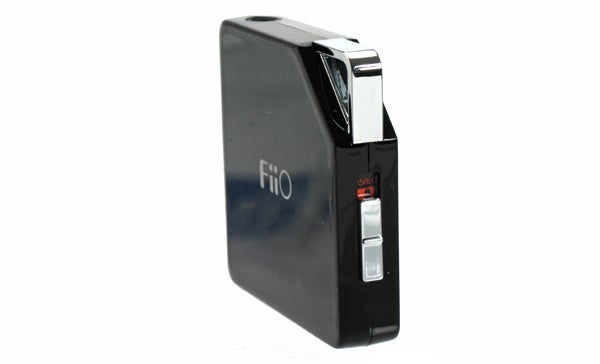 On the FiiO E6’s bottom edge are the miniUSB charging socket and the 3.5mm input socket. The similarly-sized output (where you plug your headphones) is on top. The sides are home to the controls. Its left edge houses the volume buttons and the right the power switch. There’s a lot more to this switch than it may at first appear though. It also acts as a hold toggle and selects EQ modes. A quick prod on this switch cycles between the four settings (Off, EQ1, EQ2, EQ3) and a long press turns the power on and off. It’s smart, cheap and looks pretty good, but does it have a positive effect on sound?

The FiiO E6 is a low-cost product. Like the E5 before it, this sub-£20 headphone amplifier is far, far cheaper than almost all of the competition. Its capabilities are also less than a desktop headphone amp. It outputs 16mW when under a 300Ohm load (a common impedance for big, on-ear headphones), where FiiO’s own E9 desktop amp outputs more than 80mW under the same strain.

This diddy amp doesn’t have oodles of power at its disposal, but the reasons why are obvious. The E6 is powered by a tiny, light lithium battery, and if it was to attempt to recreate the power of a home amp, that juice wouldn’t last long. For most uses, it wouldn’t need such power anyway – this is an on-the-go device, and very few people use truly high impedance hi-fi headphones when out and about. Even fewer sensible ones. 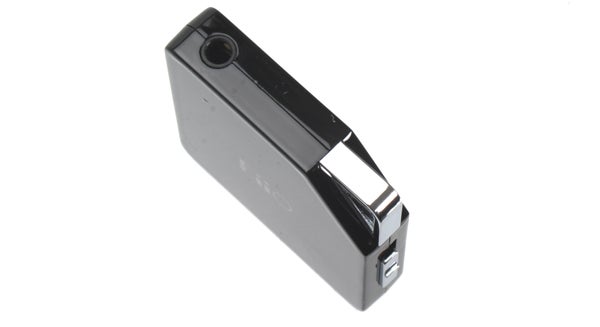 What the FiiO E6 does supply is that little extra bit of power the average headphone amplifier, and, yes, it’ll boost the volume beyond the capabilities of most media players if necessary. The effect upon the subtler sonic qualities of whatever you’re playing varies a little between headphones used, but having tested the E6 with around 10 sets, trends to emerge.

It doesn’t send to have the soundstage-enhancing effect of a more powerful amplifier, but does tighten-up the bottom end a bit. This can improve coherence in music, and naturally gives bass response a quality boost. Some sets also showed an increase in dynamics, giving the impression of an overall more “vivid” sound.

This is what it sounds like without any of the EQ settings engaged, using the FiiO E6’s vanilla mode if you will. With a prod or three on the power slider you can access the unit’s three additional modes, -3dB, 3dB and 6dB. The original FiiO E5 only had the single 3dB setting. 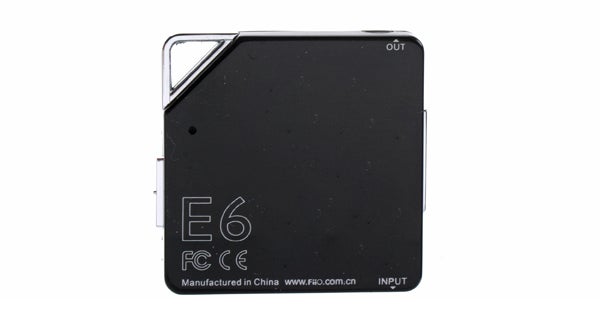 The two signal-boosting modes can roughly be described as bass boosts. They aren’t hugely invasive, instead adding a little warmth to the low-end and low mids. We found that the 3dB setting muddied the sound ever-so slightly, making the treble sound a little recessed, but the 6dB setting pumps-up the high-end as well as the bass – although the figure is doubled, the bass doesn’t. The sound scales-up naturally, leaving no bass bloat, as long as there wasn’t any originally.

What the FiiO E6 does better than a media player here is equalisation without colouring the sound in an unnatural way. That’s not to say some headphones don’t sound better on the EQ-free setting, but there’s none of the ugliness many digital EQ systems introduce. 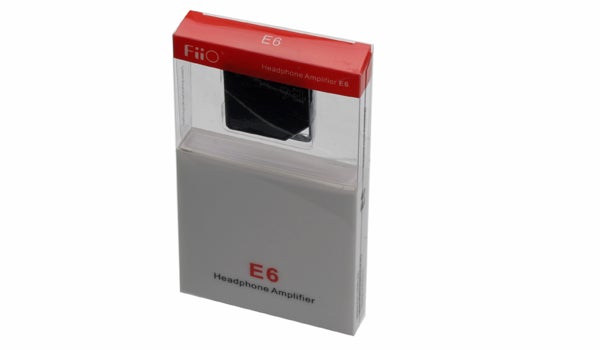 The big surprise of the FiiO E6, though, is that we found the -3dB setting to be the most useful. You might assume robbing the sound signal of power would leave it sounding weak and brittle, but it comes in very handy when trying to tame a pair of earphones with just too much bass – commonplace in affordable ‘phones. This setting can also help relax treble frequencies with too much fatiguing “zing” or harshness.

The setting to employ all depends on the sonic personality of your earphone of choice, but they can all benefit in some way from the FiiO E6. And experimenting with the various EQ modes is in itself fun.

As an introduction to headphone amplifiers, or as an affordable partner to a more expensive at-home unit, the FiiO E6 is perfect. It’s cheaper than the SoundMagic A10 and NuForce Icon, and while it may not have all the benefits of a more powerful amp, it’s much more convenient. For existing FiiO E5 owners, the extra two EQ settings are enough to justify a purchase if you’re not satisfied with the current bass boost. When testing the E5 we also heard hiss in some setups, but there was none at all here. The sound quality and feature niggles of the original are all-but eradicated.

An update to the popular FiiO E5, the E6 offers a very affordable and portable headphone amp solution that offers some of the sonic benefits of its more expensive rivals. It’s not clad in metal like its predecessor, but it’s smaller, lighter and altogether more stylish. This is the perfect product for those new to headphone amps, or those with a cynical view about them. And even if you’re not convinced by its standard setting’s benefits, the EQ modes alone justify its cost.